Arrow’s Amell Goes Off on Timing of DC Announcement

The star of WB’s Arrow was not pleased with the timing of DC’s announcement of their casting of their Flash movie on the same day the Flash TV show came out with spectacular ratings. Steven Amell had some choice words on this video from the Arrow After Show. 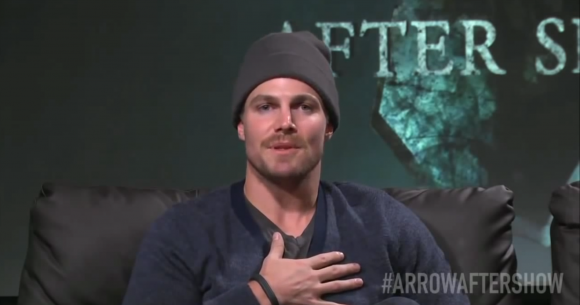 Yes, he did say “I thought that the way that Warner Bros. announced the slate of DC movies could have been handled better. I think someone like Grant Gustin, who has just launched an iconic character like the Flash, to record breaking numbers, numbers that far surpassed Arrow’s numbers.. I think that he should have been given a wider berth than two episodes before another actor was announced to play his character.”

Amell went on to say “I thought that it was shitty that all of this stuff the morning of the spectacular ratings of the second episodes of the Flash came in.”