Archaia’s THE LAST BROADCAST Will Rock Your World

Home » Archaia’s THE LAST BROADCAST Will Rock Your World

Archaia’s The Last Broadcast #1 is out this week. It kills! So here’s a MIGHTY Q&A with writer Andre Sirangelo and a SPECIAL PREVIEW!

It’s an inventive, seven-issue tale that’s modern with an old-school twist, with secret codes and puzzles for the reader to solve. Here’s Andre with the whole rundown: 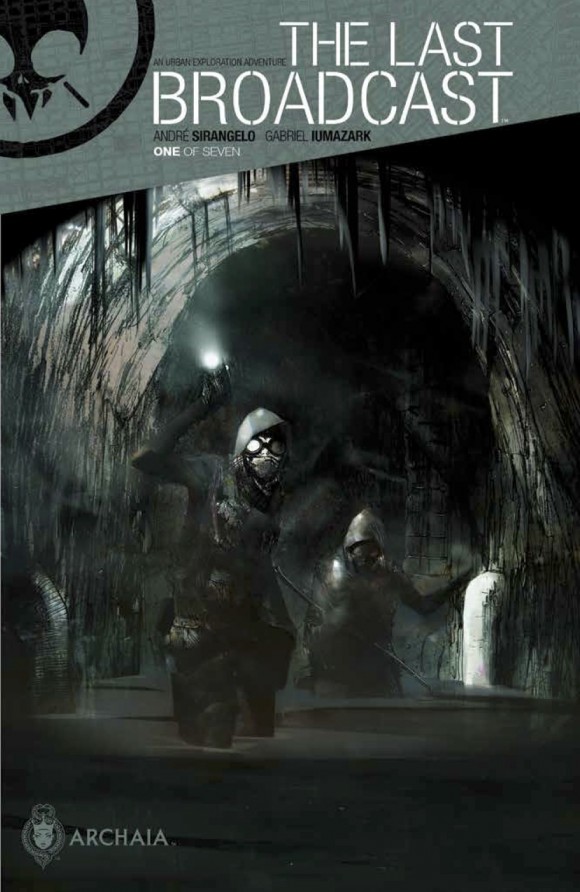 THE LAST BROADCAST #1
Author: Andre Sirangelo
Artist: Gabriel Iumazark
Cover Artist: Gabriel Iumazark
Price: $3.99
WHY WE LOVE IT: Ever wonder what’s behind that “No Trespassing” sign? Co-creators André Sirangelo and Gabriel Iumazark takes us deep into the renegade world of urbEx (urban exploration). Throw in a decades-old conspiracy involving vaudeville magicians and occult spiritualists and you’ve got us hooked.
WHY YOU’LL LOVE IT: The cunning, daredevil urbEx members of Backbone will win you over as the ragtag, Ocean’s Eleven-style crew of the sewers and abandoned warehouses. Iumazark’s Brazilian/Japanese-fusion indie art style brings edgy energy to every dark corner. And fans of Thief of Thieves and the film “Now You See Me” will find a lot that entices them.
WHAT IT’S ABOUT: An urban spelunking group in San Francisco discovers a secret bunker belonging to the long-vanished 1930s stage magician Blackhall the Incredible at the same time as young, out-of-work magician Ivan receives a mysterious package that points him toward a possible conspiracy involving Blackhall’s death in 1934. Both groups dive into the mystery, not yet realizing that it’s about the change their lives forever.

Andre Sirangelo: Back in the 2000s I was writing for Alternate Reality Games — which were these crazy/awesome collaborative transmedia games that used everything from blogs and videos to real-world puzzles and live events to tell immersive stories. Shockingly, not a lot of people played them, but we sure had a lot of fun creating them. Lots of times, though, the financing for our games would fall through. The embryo for The Last Broadcast was one of the stories that I had created for an ARG but that ultimately never saw the light of day. When ARGs disappeared, I thought about rewriting TLB as a comic series, and when I found Gabriel on DeviantArt I knew he was the right man for the job. We sent the first issue to Archaia and, amazingly, they liked it! Four years later, here we are. 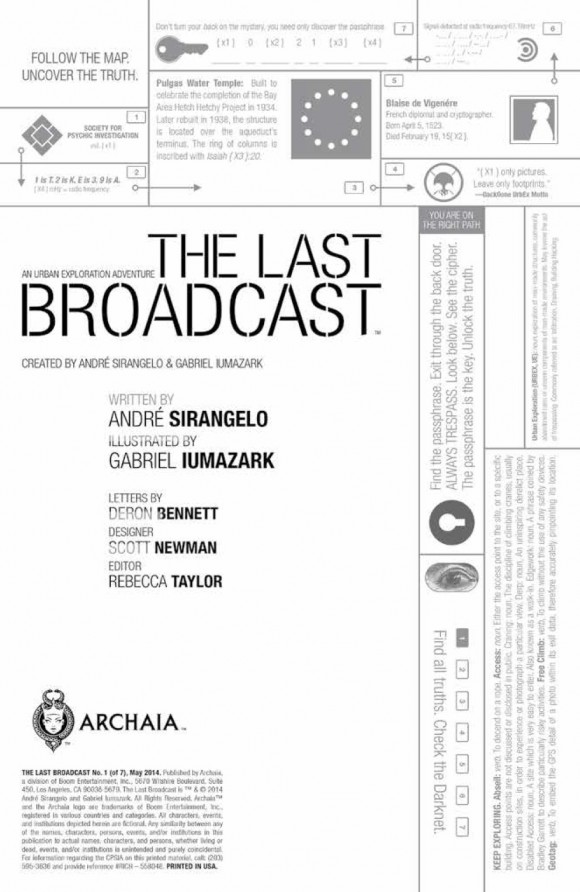 I love the idea of a secret code that readers can crack. Where did that idea come from.

That’s all Rebecca’s (our incredible editor) and Scott’s (our amazing designer) fault. Rebecca was the one who actually answered our e-mail four years ago telling us she liked our submission, so she’s been with us from Day One, and I can’t thank her enough for her passion for the project. When it was time to design the books, she and Scott came up with this great concept to include puzzles and secret codes throughout the seven issues. I have this background with puzzles and games, so I obviously loved the idea. 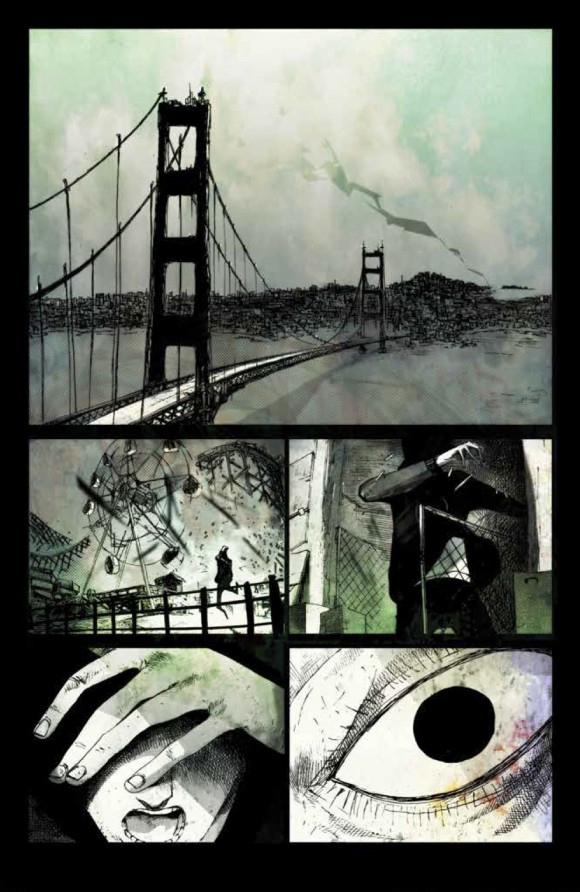 Will there be other interactive features as the story goes on?

Yes. But you have to solve the puzzles in every issue to figure out where it all leads to… 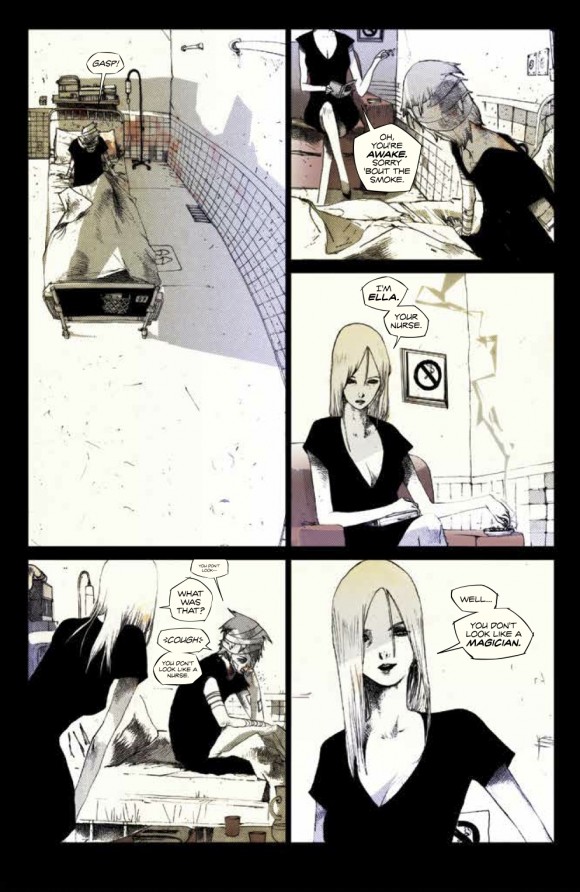 Tell us about your collaborator’s Japanese/Brazilian fusion art style and what it brings to your storytelling approach.

I’ve asked Gabriel this one so you can hear directly from him! I think his art is amazing and definitely something people haven’t seen before, and his style was perfect to bring the story’s urban adventure feeling to life.

Gabriel says: “I’d say my style was influenced as much by anime like Saint Seiya & Akira and manga by Tsutomou Nihei as it was by Brazilian cartoonist Lourenço Mutarelli. There’s also some influence from Brazilian ‘zines, which I think can tell more spontaneous and acid stories than regular comics. The fusion came from all of this, and also from the time when I taught classes to little kids, aged 5 to 9. From there on I really set myself free. Kids that age can teach you better than anyone how to free yourself, let yourself go and not fear the critics.” 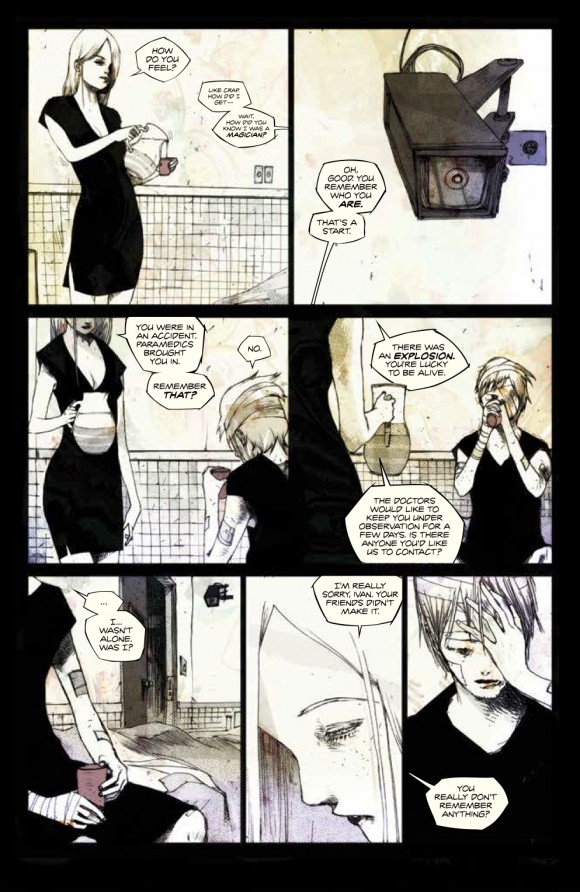 Why San Francisco? How much does the setting affect the story? Do you have a connection to the city?

As I was writing the script, I was working at a Brazilian production company called RT Features, which also gave a ton of love and support for The Last Broadcast. They had and still have a bunch of international projects (including films like “Frances Ha” and “Night Moves”), and they convinced me that TLB had potential overseas. So I changed the setting from São Paulo to San Francisco, not only because it’s an urban exploration mecca, with all those underground bunkers and secret places, but because of its cool history of urban resistance movements, like Critical Mass and The Suicide Club. There’s also a specific scene in Issue #3 that could only be set in SF, but I won’t spoil it. … So I went there in 2010 and 2011 and fell madly in love with the city, so now I don’t think I could have set it anywhere else. 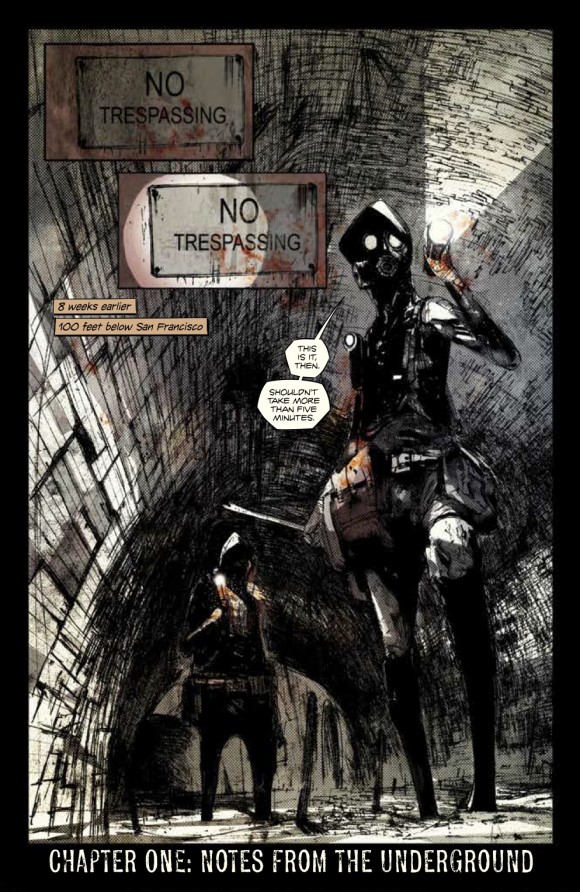