Gabriel Hardman’s one of my favorite artists in the biz. That he worked on Planet of the Apes for Boom! Studios is the cherry on top. That he’s provided us with exclusive, unpublished Apes art is a gigantic, goopy sundae. Behold!“I’ve included a character design, some character sketches and some unused cover concepts as well as B&W art for the Annual cover,” Gabriel says. “I don’t have much beyond that since most everything I drew was published.”

The Annual cover, he pointed out, has been published, but I’m including it anyway. 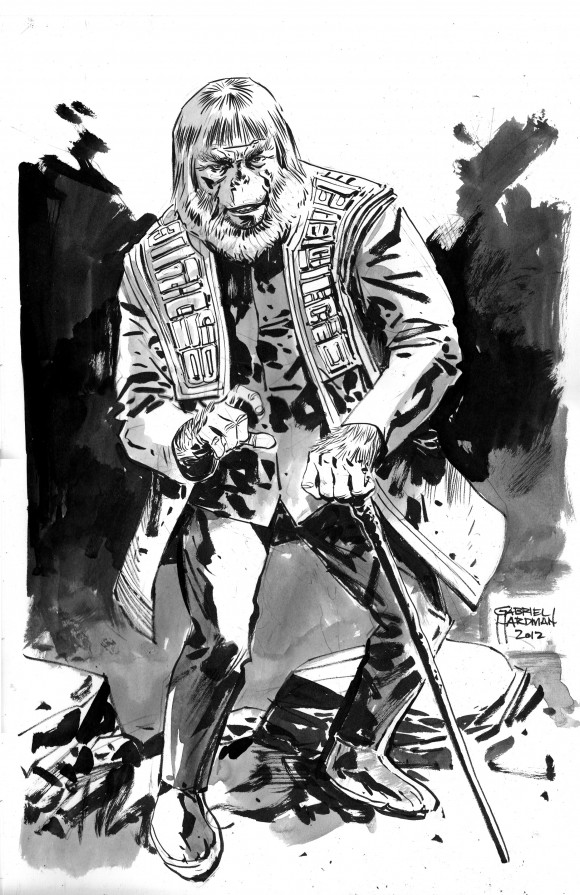 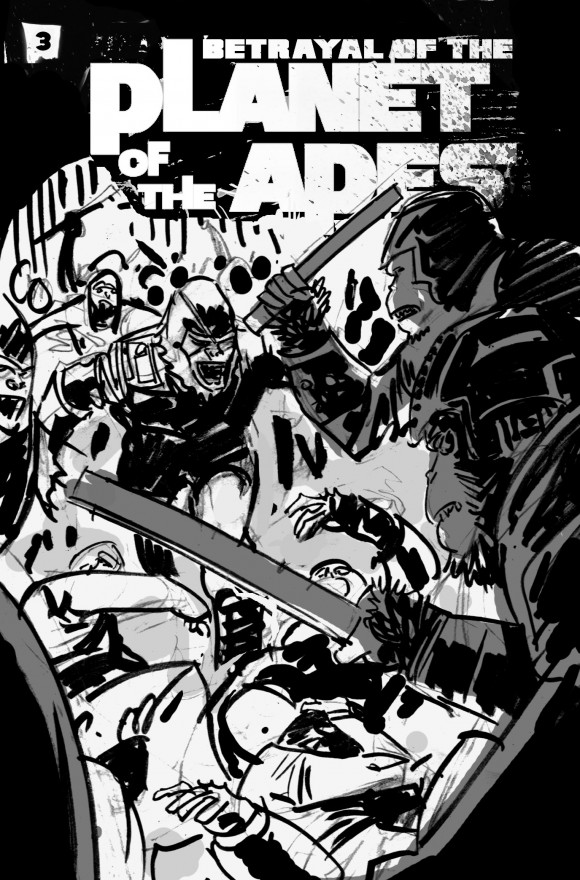 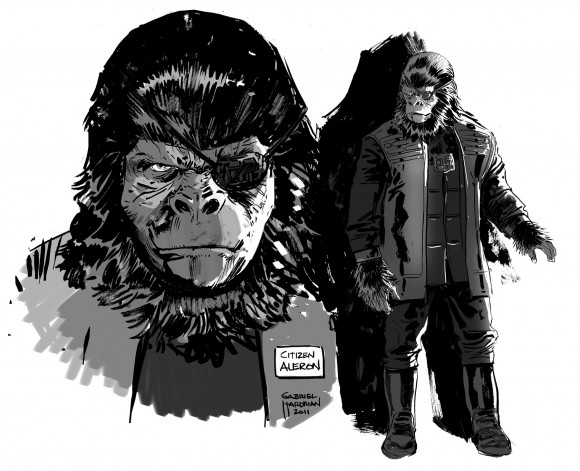 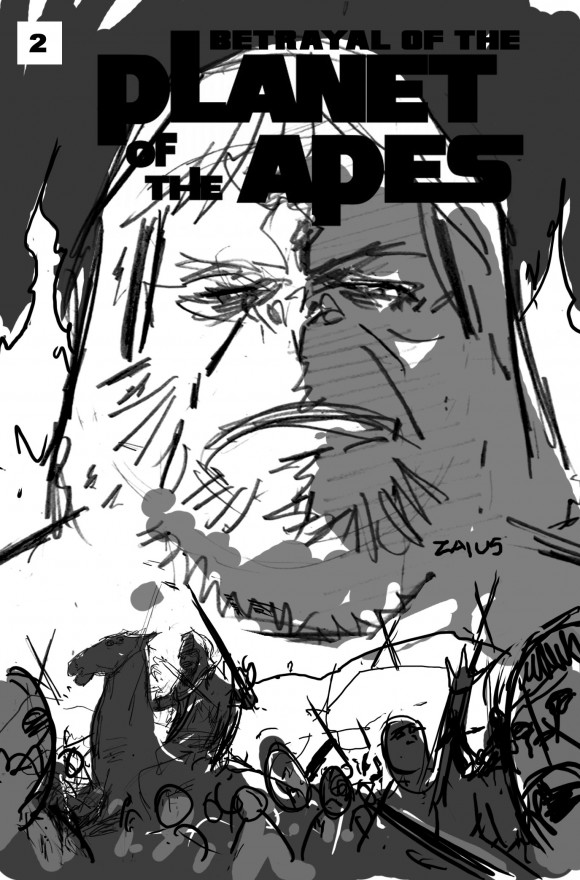 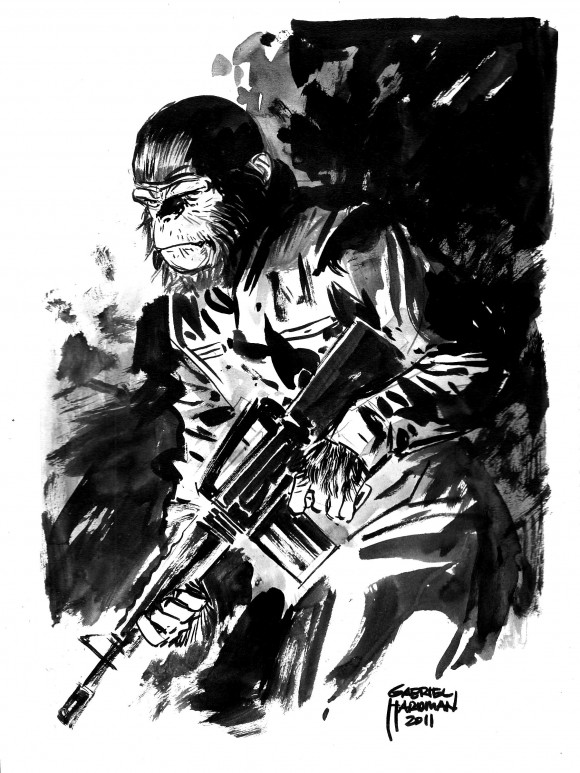 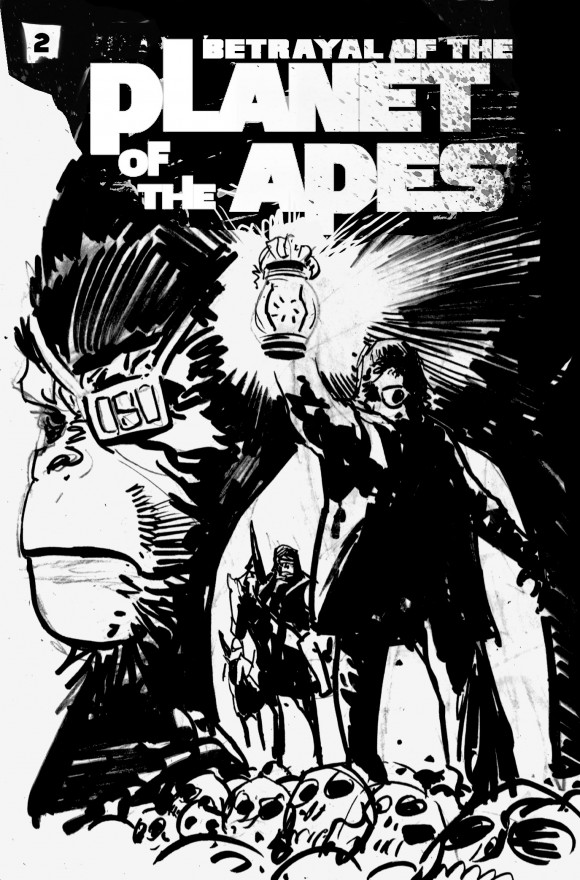 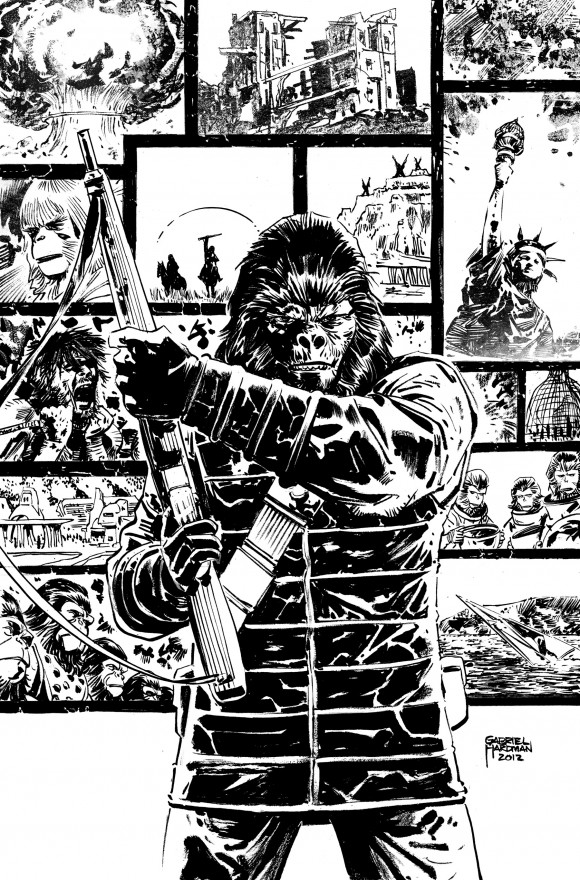