It’s not brain surgery. Oh, wait, yes it is! 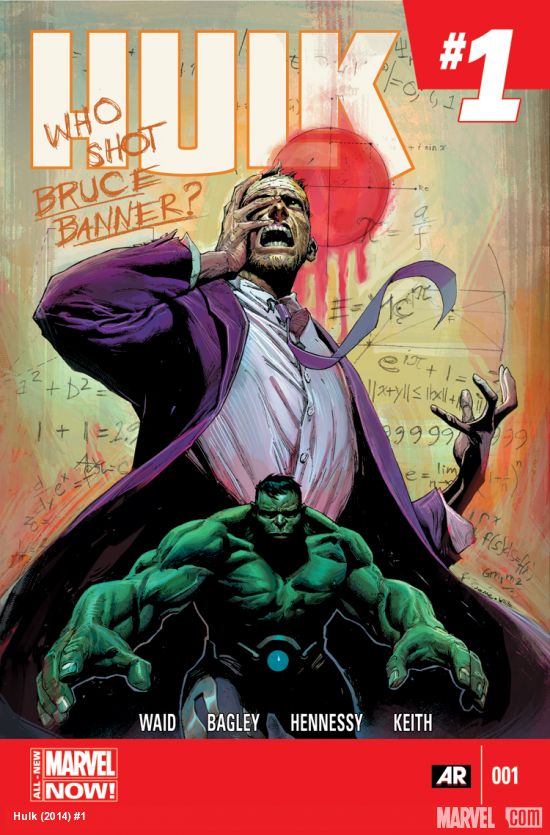 Hulk #1. Written by Mark Waid. Penciled by Mark Bagley. Inked by Andrew Hennessy. Colored by Jason Keith. Mark Waid has been doing a mostly bang-up job on the Hulk with his Indestructible Hulk series. The writer totally gets the character but sadly, the growth of the last Hulk series was retarded a bit by crossover after crossover. Well, with the new Hulk series, Waid regains a much-needed focus and delivers an outstanding debut.

Hulk #1 starts out with a bang, or right after a bang, as Bruce Banner has been shot in the brain by some mysterious folk. These folk pretend to be SHIELD agents and find an old schoolmate of Banner’s to perform a life-saving surgery. It’s all a clever ruse to implant a chip in Banner’s brain so these unknown villains can control the Hulk. It can’t be easy to write a black ops Hulk story, but Waid does it, turning over his cards as he sees fit to tell a story that never stops surprising. After so many years of drawing Spider-Man, it’s fascinating to see Bagley draw a character so diametrically opposed to the web-slinger.

Boy, does this book have energy.