The most famous comic book ever… 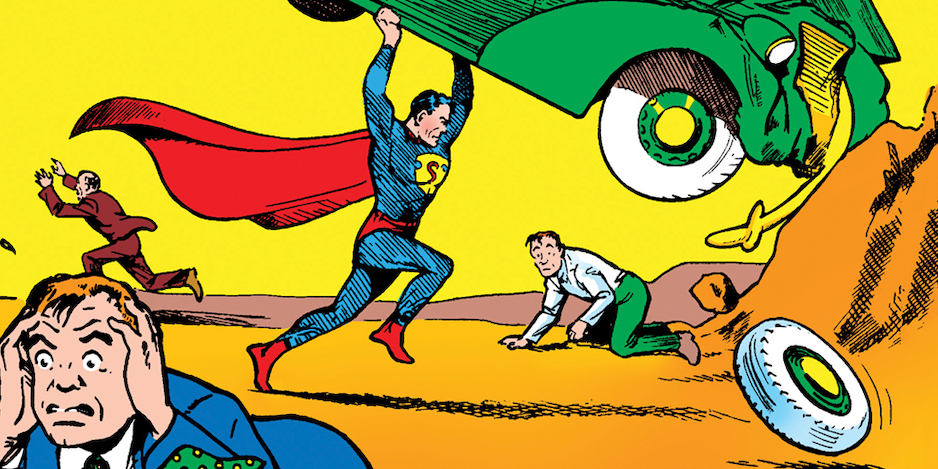 Now, coming hot on those Bat-heels, is the granddaddy of them all — the Action Comics #1 Facsimile Edition, due this fall.

Dig the official solicitation info, which will be formally released by DC later Friday: 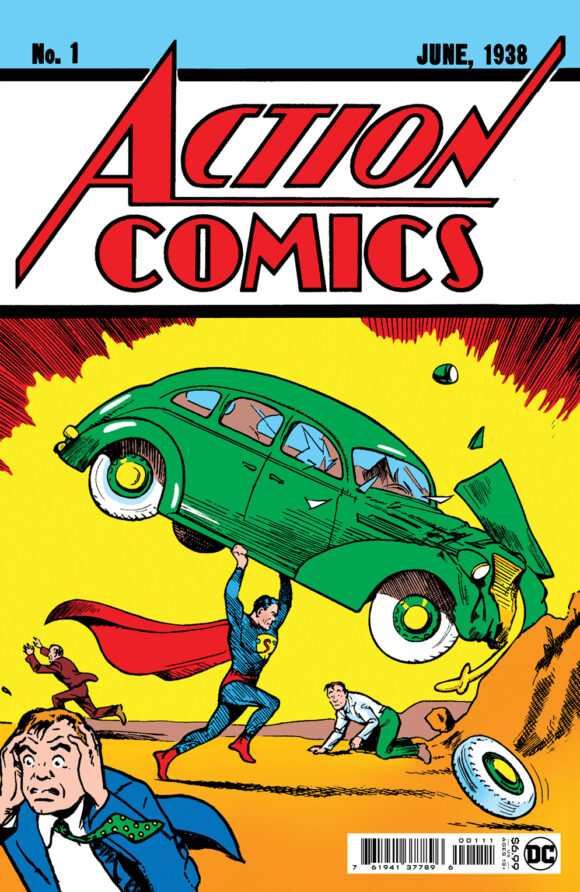 Sent to Earth as an infant to escape a dying planet and raised by humble farmers to uphold the values of truth, justice, and the American way, Superman is regarded by many as the greatest superhero in comics history. Now you can have your very own copy of the Man of Steel’s first adventure with this handsome facsimile edition of Action Comics #1, featuring all the tales and ads from the original 1938 publication. You will believe that a man can fly.

— Last month, I wondered whether Detective Comics #27’s release heralded the revival of DC’s Facsimile Edition program. Time will tell whether this will continue, but this is a good sign, especially if it sells.

— As with Detective Comics #27, I believe this is the first, full-on reprint of Action #1 since the Famous 1st Edition tabloid in the ’70s. If there’s one next month, whattya think? Wonder Woman’s first appearance in All-Star Comics #8? Sensation Comics #1? Wonder Woman #1? Who knows?

— Standard Price Comparison: If you’re a multimillionaire, you can try to get your hands on a 1938 original. The Facsimile Edition is 7 clams. What a bargain!