When 13th Dimension invited me to talk about 13 ComiXology Submit titles, I was delighted to contribute. ComiXology has been instrumental in the success of several of our projects.

Years ago, Steve Ellis and I were invited to bring our series Box 13 to ComiXology. The series, built for the mobile reading experience and powered by Guided View reading technology, helped change the way people thought about digital comics.

One of the intangible rewards — the thing I’m most excited about during convention season — is the amazing community of creators that Submit has brought together. Submit hasn’t just helped us find new fans, it has helped us make new friends in the comics community.

To learn more about these titles and others at New York Comic Con this weekend, hit up ComiXology Submit at Booth B11–B14 in Artist Alley. Writer David Gallaher and artist Steve Ellis can be found at Artist Alley Booth CC7.

1. Moonshot. Edited by Hope Nicholson and featuring the work of David Mack, Rachel Tinsley and others, Moonshot is a striking, beautiful and mythic anthology by indigenous authors and artists. The breadth and depth of this work is akin to something you might find on Lost or True Detective. Highly original and influential, these stories illustrate the remarkable resilience and imagination of the Indigenous community. 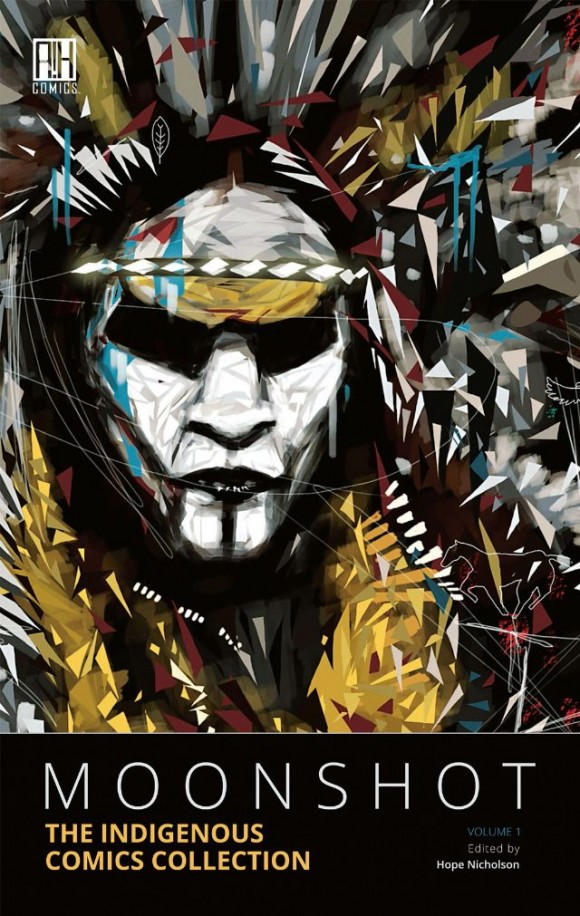 2. Heathen. Can’t get enough of Thor, Loki and Norse mythology? Natasha Alterici’s Heathen tells the story of a viking warrior woman, who conspires to end the tyrannical reign of the god-king Odin. (Headed to NYCC? Pick up a limited edition print version at the ComiXology booth.) 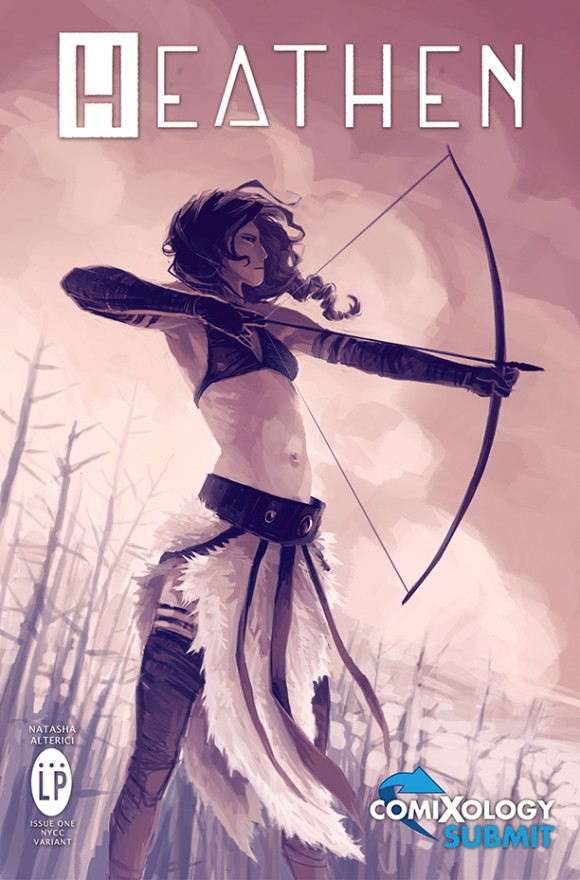 3. Aw Yeah Comics! Loved Tiny Titans? Of course you did! Action Cat and his league of super-heroes are equally awesome and you need this book! Art Baltazar and Franco bring EPIC all-ages excitement to the funnest and funniest cartoon animals around! (Headed to NYCC? Pick up a limited edition print version at the ComiXology booth.) 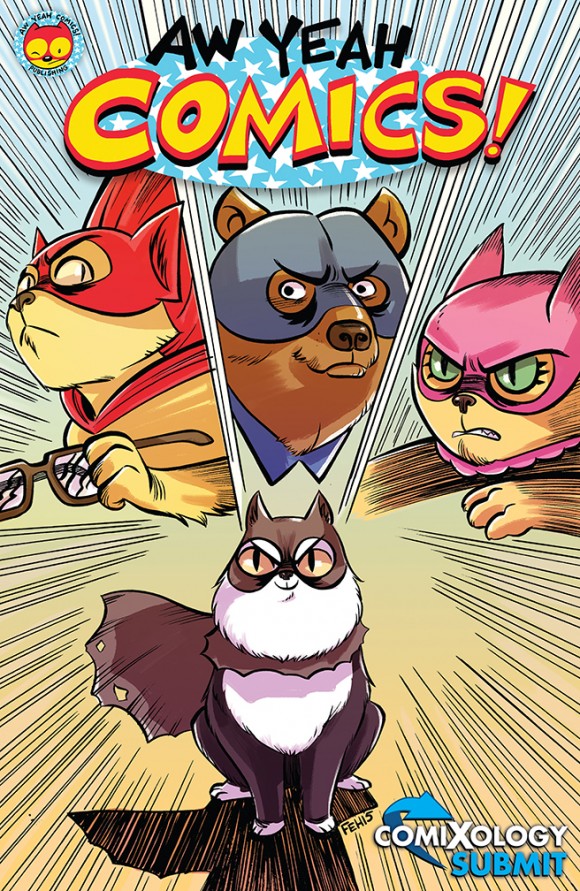 4. Revenger. Move over Bronson, it’s time for Revenger! In the spirit of the Punisher and the Equalizer, Revenger fights for those who can’t fight for themselves. Like the hero of the story, creator Charles Sanford Forsman is a force to be reckoned with. (Headed to NYCC? Pick up a limited edition print version at the ComiXology booth.) 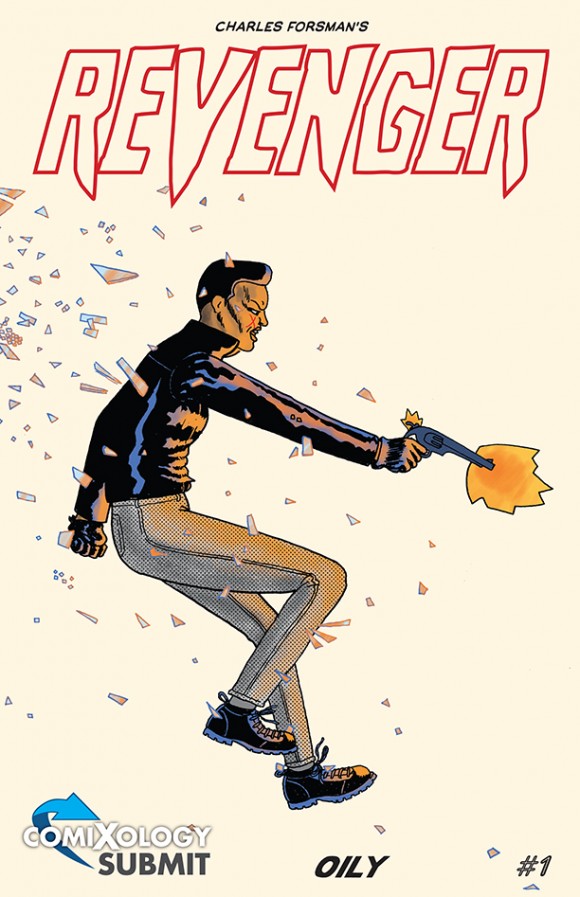 5. Lynx. Fans of the Silver Surfer, Warlock and Iron Fist might enjoy this philosophical take on the superhero genre by Elkin Ordenana and Dheeraj. It’s a cosmic, sci-fi, martial arts spectacular! 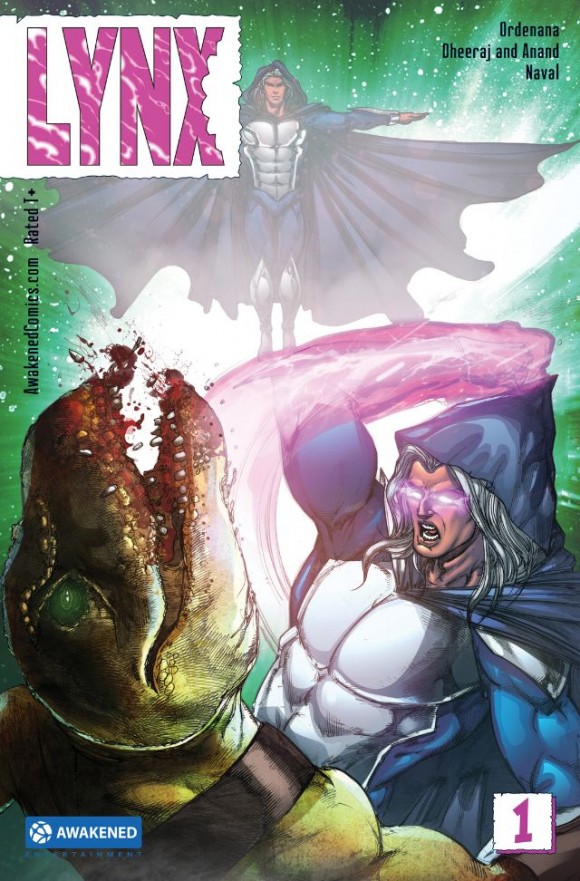 6. Evil Inc. Corporations are people, my friend. And there is nothing more evil than a corporation run by super-villains. Experience Brad Guigar’s pioneering webcomic wherever your go! 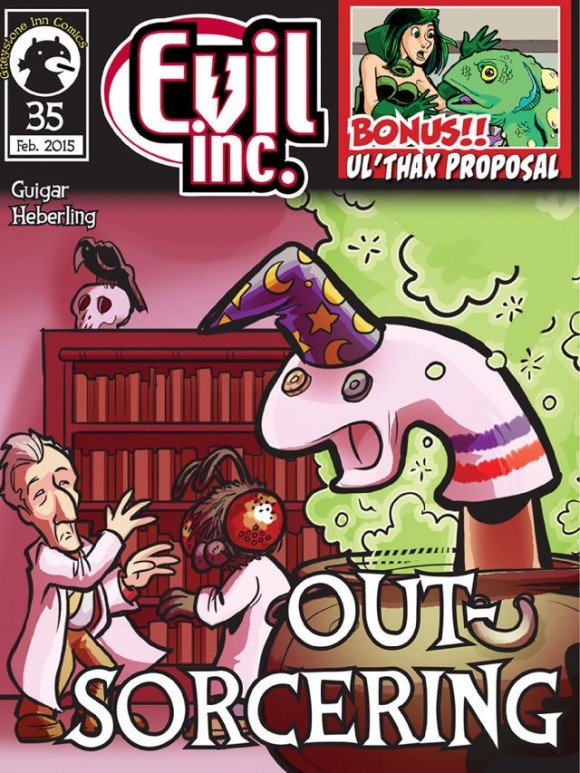 7. Run By The Gun. Dig Love & Rockets? Check out Run by the Gun, a black-and-white indie comic written by a real-life rock band. Fans of music and comics should love what they’re doing! 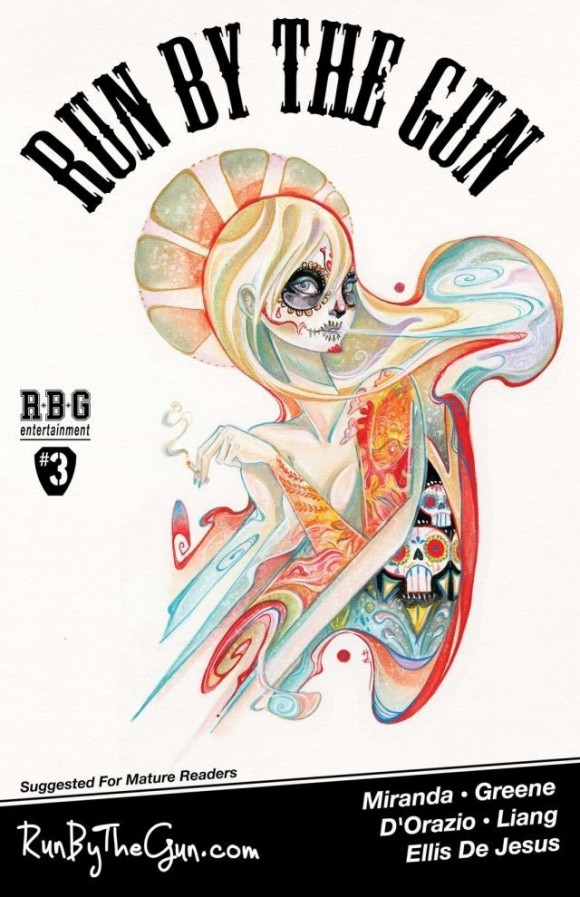 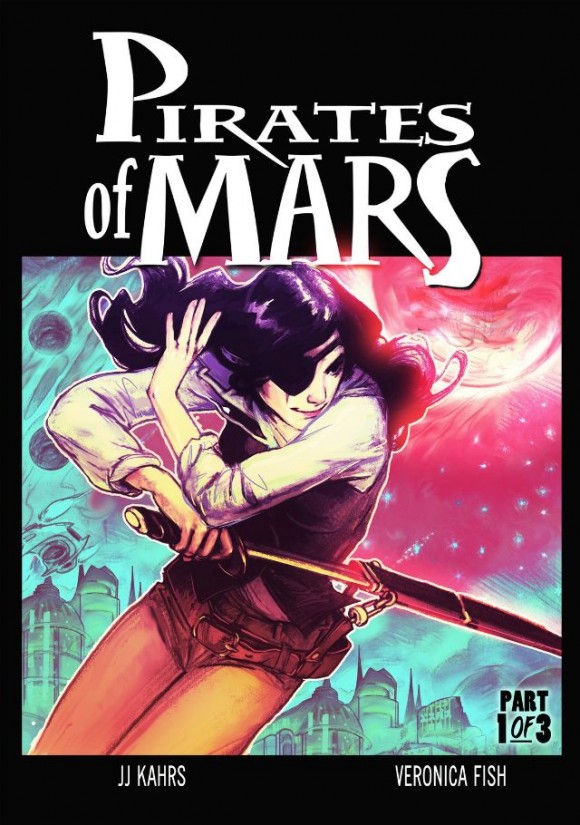 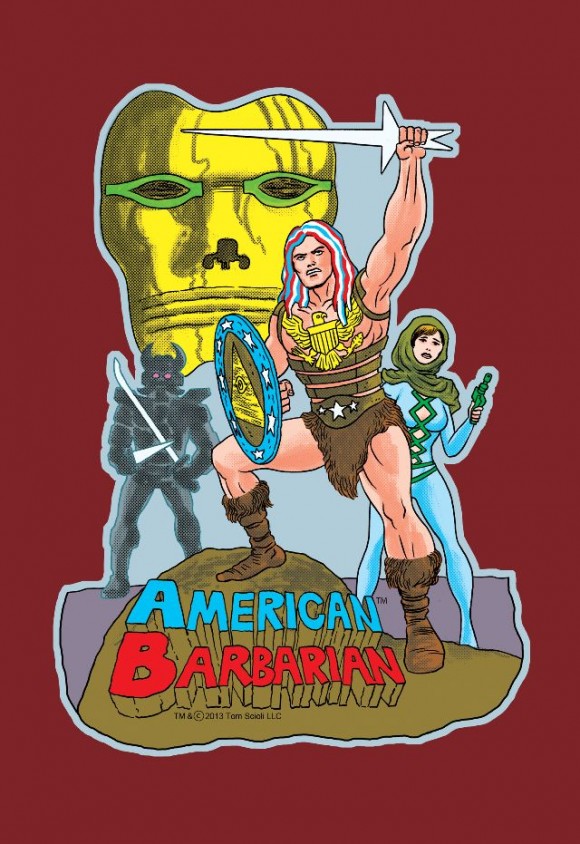 10. Serenity Rose. Sera is just trying to make her way through everyday life while dealing with all of the monsters, weirdos, and social embarrassments that her occult powers attract. Aaron Alexovich’s series is a perfect companion to your Invader Zim and Edward Scissorhands library. 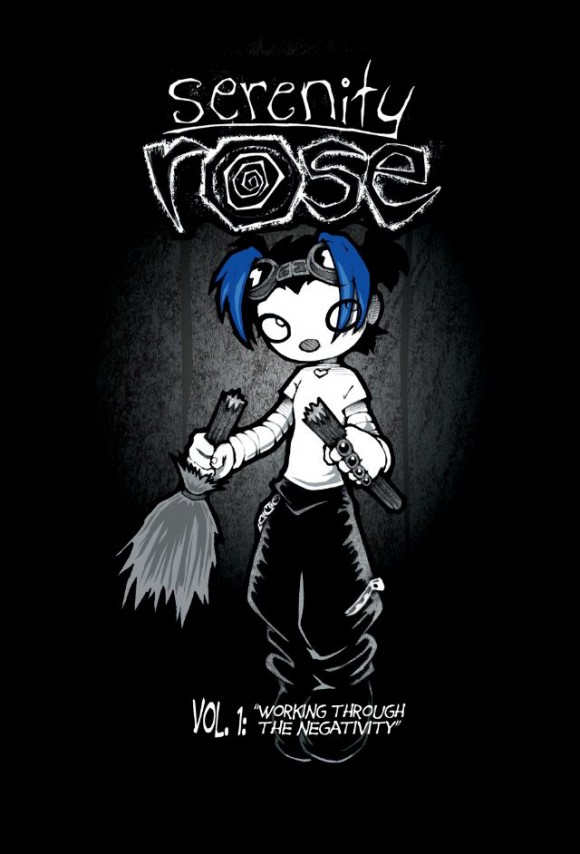 11. Hex 11. Doctor Strange meets Tron in Hex 11.Kelly Sue Milano and Lisa K. Weber tell the story of Elanor Kent, a young witch apprenticing to be the best she can be. Fate and demonic mercenaries seems have some very different plans for Elanor, however. 12. Boobage. Monica Gallagher tells an autobiographical tale about growing up with teeny, tiny boobs. It’s a remarkable story of finding self-esteem, confidence, and courage when you feel like the odd person out. 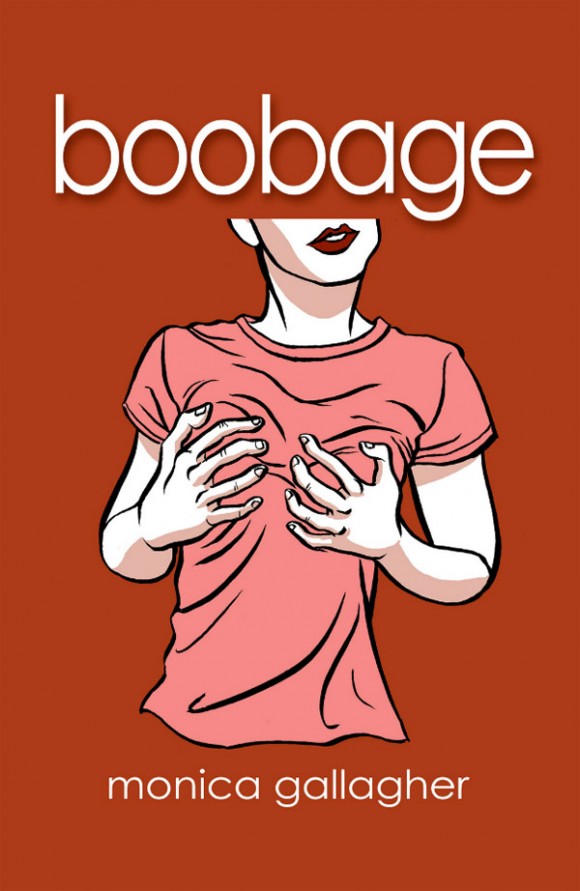 13. Box 13. A pre-cursor to Submit, it feels appropriate to end this list with Box 13, the neo-noir, spy-fi thriller by written by me and illustrated by Steve Ellis. Perfect for fans of the Manchurian Candidate and 12 Monkeys. 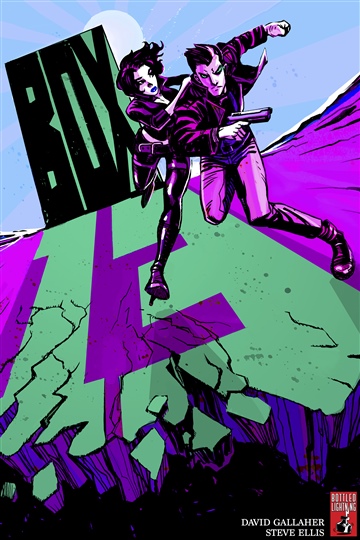