It’s STAR WARS WEEK and the artist has taken the Star Wars universe — and the Internet — by storm.

Talk about being an overnight sensation. Within days of George Folz posting on Facebook that he’s going to sketch an Original Trilogy scene every day this year as a warm-up exercise he’s dubbed #darthdays, he was featured on Time.com, MTV.com and a number of other sites. And now us! 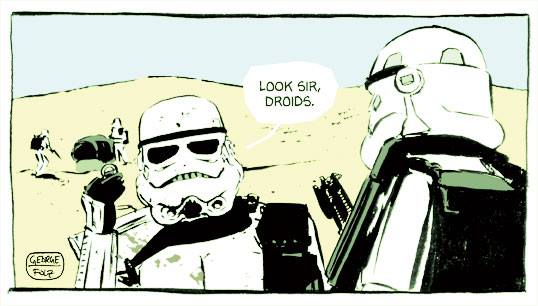 Anyway, George — who is working on a comic called The Roman Nose with Seth Kushner — not only agreed to let us run his sketches here, he’s agreed to give one away for our STAR WARS WEEK contest! (Click here to enter!)

“When I was about 4 years old, I very specifically remember my Dad sitting my siblings and me down over the course of the week to watch these Star Wars movies that he’d brought home from the video store,” the 27-year-old artist said. “They both delighted and terrified me, more so the former.

“Shortly thereafter, my cousin gave me all of his old action figures from when the movies were coming into theaters for the first time, and ever since then, I’ve enjoyed the films tremendously and drawing inspiration from them. Darth Vader and Boba Fett are my favorite characters, and they both will be getting plenty of exposure as this project goes along.”

He also spilled some of the beans on what sounds like a wild project with Kushner, another 13th Dimension favorite who will have a STAR WARS WEEK post of his own:

“I’m working on a sci-fi mini-series with Seth Kushner called The Roman Nose, a story I’d describe as Robin Hood meets Casanova by way of Tintin in 22nd century Rome. We’ve been working on for about a year now, and are looking for finalize publication plans shortly. I keep a tumblr here, and my website can be found here. 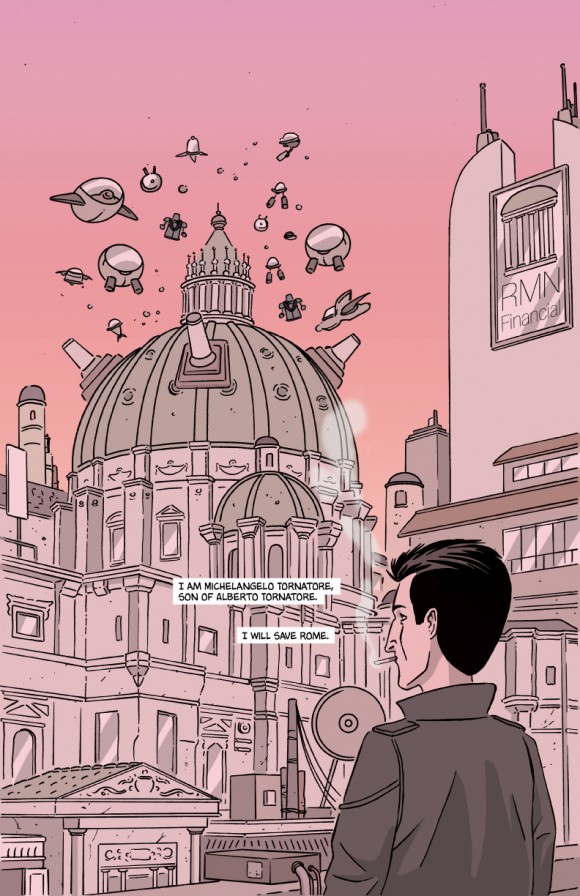 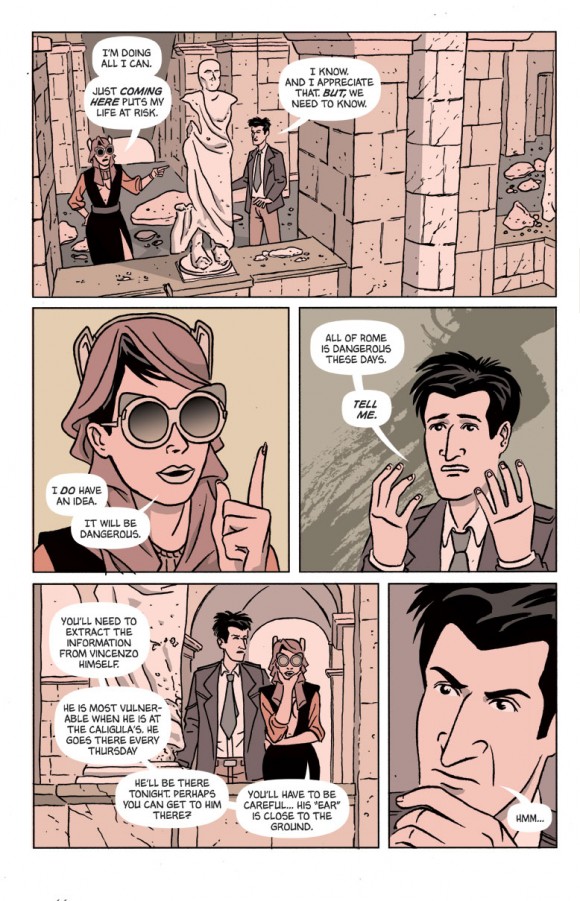 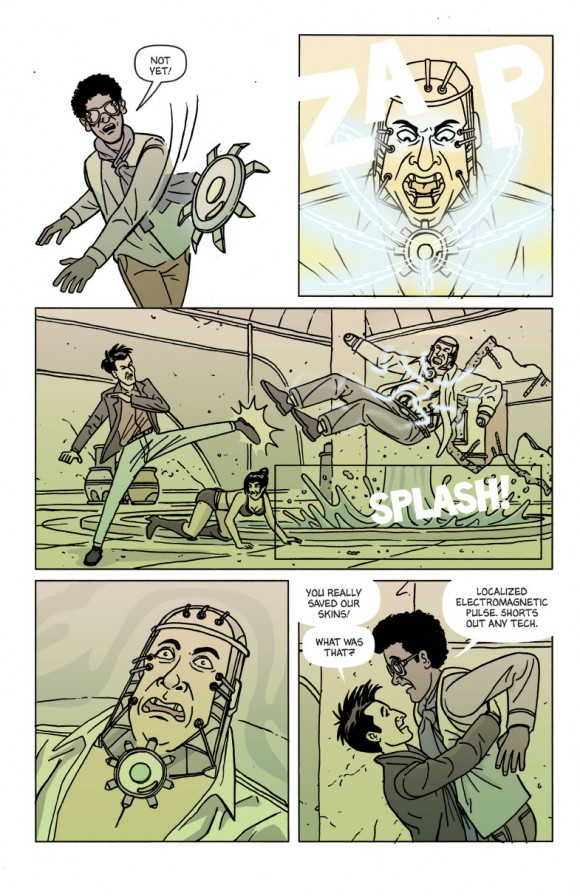 George Folz went to the Minneapolis College of Art and Design (MCAD) where he received his BFA studying comics and graphic design, graduating in 2010. He worked part-time so he could make comics for two years before being accepted to study with Dean Haspiel at the Atlantic Center of the Arts as a part of their residency in 2012. After that, he serialized a web comic for about a year called Beacon Lights on Dean and Seth‘s Trip City site while creating illustrations and graphics for standardized tests in the burbs of Minneapolis. He recently moved back to Evanston, Ill., where he grew up. He’s working for a not-for-profit teaching kids in an after-school program, and drawing The Roman Nose.