A DAREDEVIL CHRISTMAS, by Ann Nocenti

Nothing says Christmas like Annie Nocenti, a strip club and Matt Murdock! 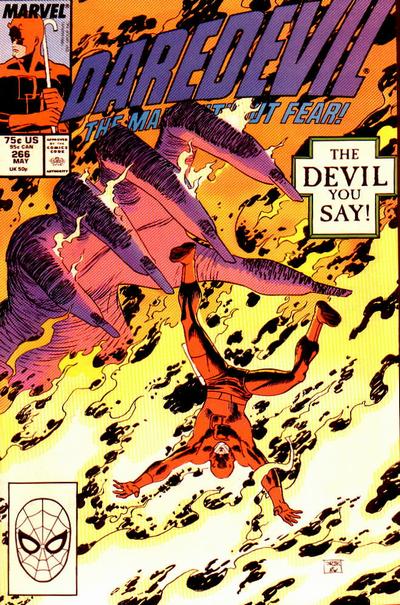 TV has A Charlie Brown Christmas, Rudolph the Red-Nosed Reindeer and A Christmas Story — reruns that are holiday traditions. At 13th Dimension, we’ve got this piece that we’ve re-presented every December since it was first published in 2014. Here’s one of our favorite folks, Annie Nocenti, with a classic tale of Christmas with the Devil… — Dan

Sometimes I do stupid things that turn out OK. One year I broke-up with my boyfriend a few days before Christmas, and when that festive day came, I had nowhere to go. I was living in Chelsea in New York City, not far from Billy’s Topless, a pub known for its strippers and knife fights.

On Christmas Day, I watched the world pass by my window, everyone loaded down with food and presents to bring to Christmas dinners. What an alienating feeling, to have nowhere to go! I was going to hide all day, pretend Christmas never happened that year, but there was no food in the fridge. Or rather, there was the usual dregs of what consisted of my idea of cooking in my early 20s – six packs and cold pizza. So, I took a walk. Nothing was open but Billy’s. What the hell, I thought. Why not go in? They had some pathetic tinsel hung in the window that looked downright festive, as compared to the black lump of coal in my heart that day. 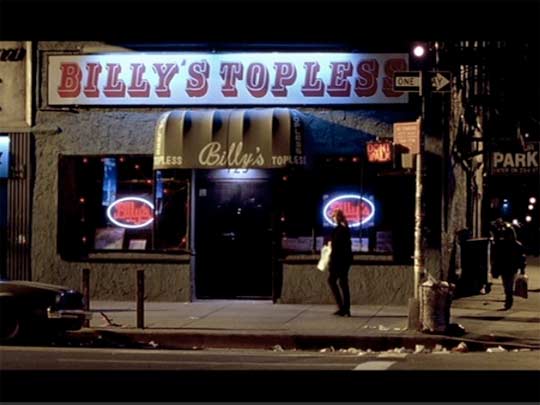 I went here with a college friend when I was about 22. Everything Annie says about the place is true. — Dan

I had one of the best Christmases of my life in that pub. I met other unfortunate souls like myself that had nowhere to go on Christmas. A lovely elegant woman who kept lying to us all, claiming a limo was about to arrive with her gentleman date, like Blanche DuBois. Two brothers that fought bitterly about the implosion of their family. A few blind men from School for the Blind housing around the corner. As I drank rounds with these strangers, I thought of the comic I was currently writing, Daredevil. I was planning a story arc that was going to blow up Matt Murdock’s life. I thought, damn, he could end up here at the end of that arc.

So, in the spirit of the camaraderie of that day, I wrote a little tale for a Daredevil story that came out a year later called, A Beer With the Devil. 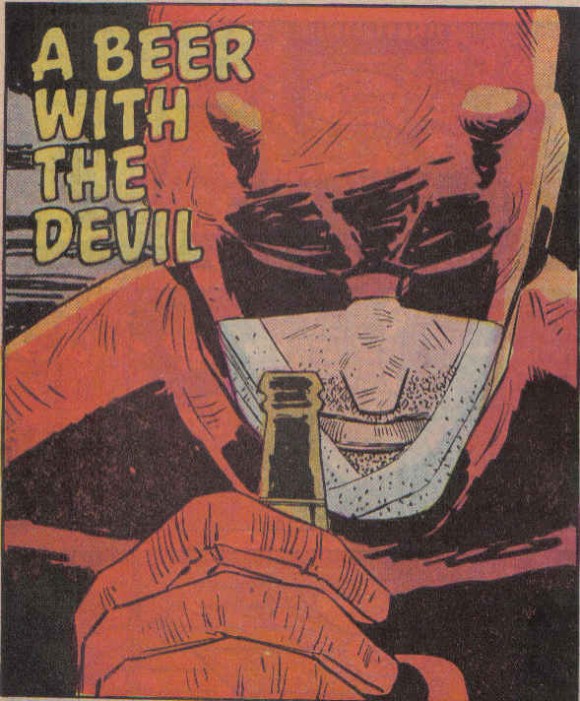 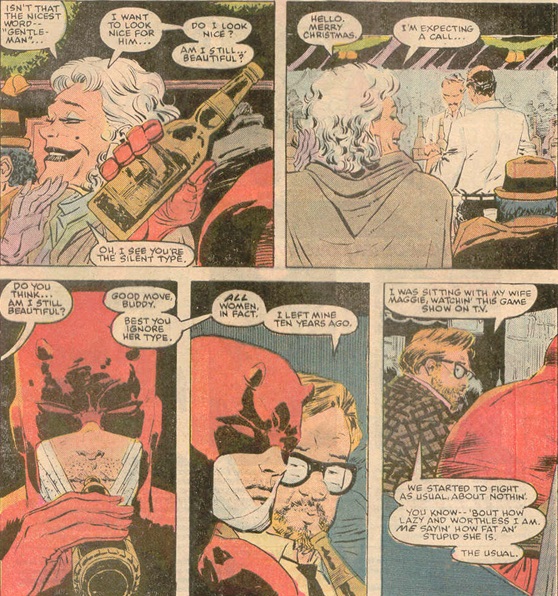 Art by Romita Jr., who co-plotted the story, and Williamson.