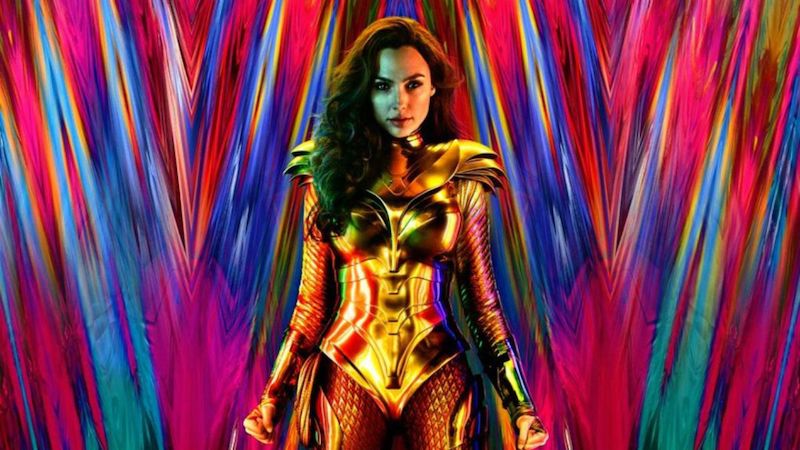 Hey, Wonder Woman 1984 is finally getting released this week  — Christmas Day to be precise. It’s getting pretty good reviews, so I’m hopeful that the ever-inconsistent DC Extended Universe has its act together on this one. (I dug the first one, by the by.)

Anyway, the movie obviously takes place in 1984, which got me thinking about the Amazing Amazon from that period. Despite some top-flight creators, WW really didn’t capture the comics public’s imagination again until George Perez and co. entered the scene a few years later. 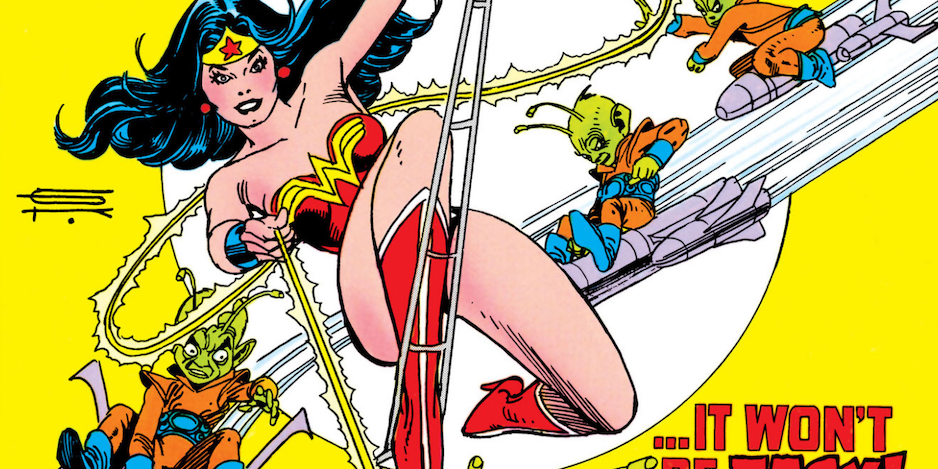 Great Hera — let’s get to it! In no particular order:

Wonder Woman #277. Try as they might, DC has never really been able to establish Kobra as the threat they intended. Maybe because they already had Ra’s Al Ghul — without the silly mask. Ross Andru was perhaps thinking the same thing because this cover, while cool, feels like a riff on Neal Adams’ famed Limited Collectors’ Edition #C-51 treasury cover spotlighting the Demon’s Head. 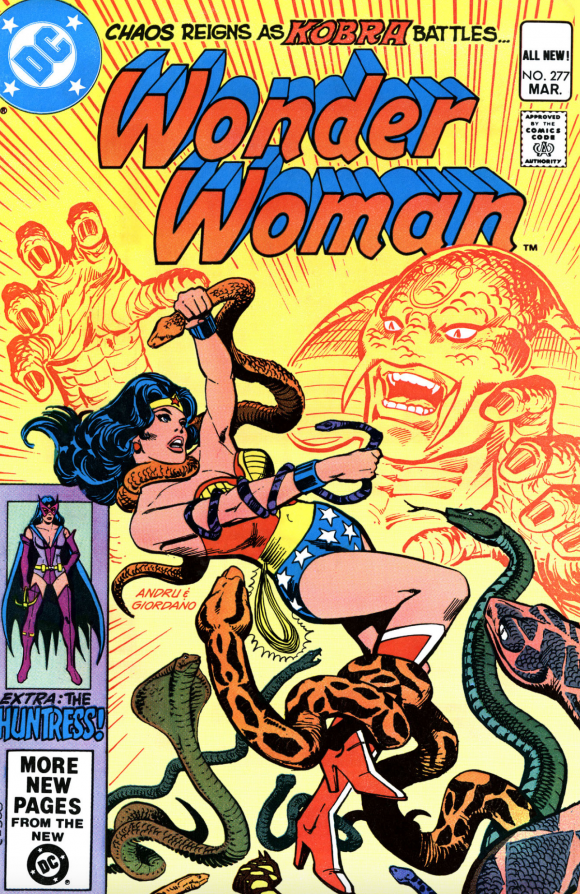 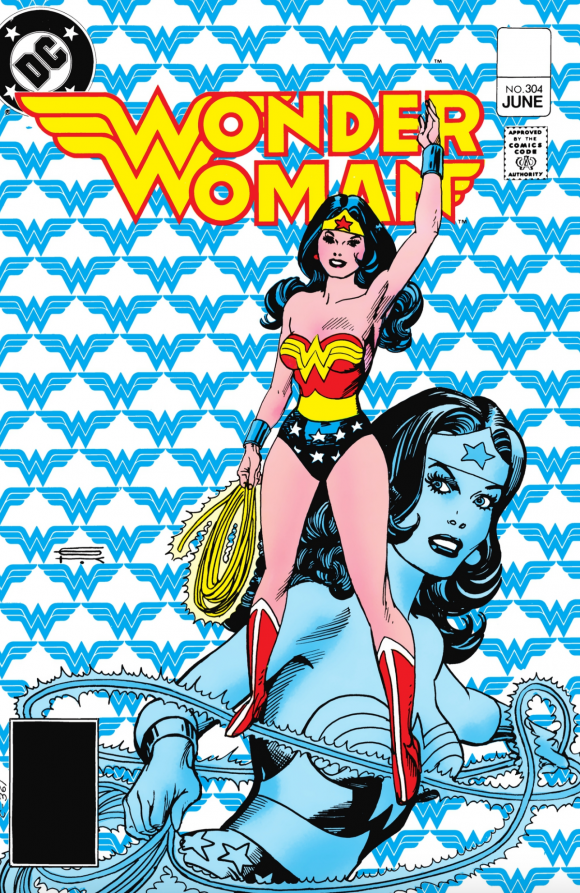 Wonder Woman #289. Supergirl and Batgirl seem like completely natural ideas, but whenever a male version of Wonder Woman gets introduced, he comes off as really dorky. Even Marvel’s Wonder Man! While entertaining as hell, this cover only proves that Wonder Woman always wore the outfit best. 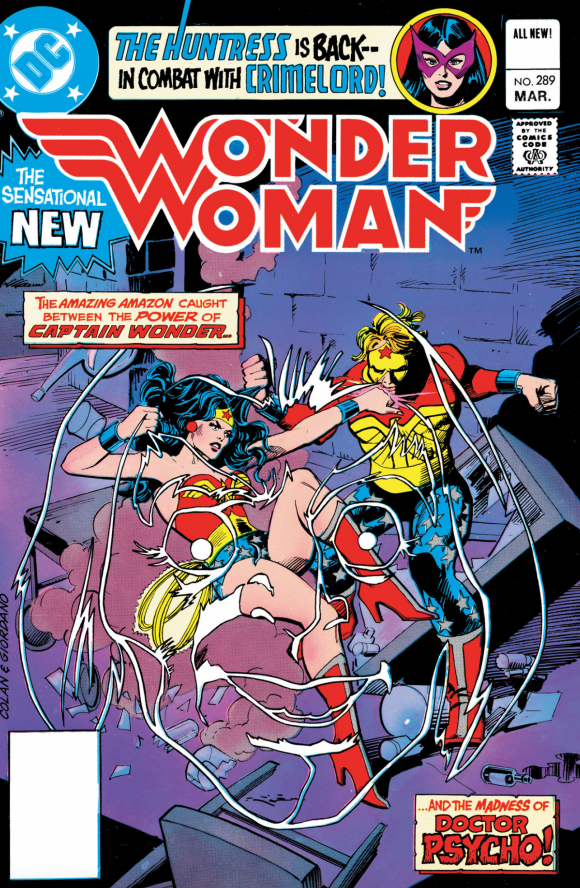 Wonder Woman #284. Pre-Perez Wonder Woman — by Perez! Actually, I hate to say it but the best part of the cover is Huntress and Robin swinging around WW’s logo. Nifty. 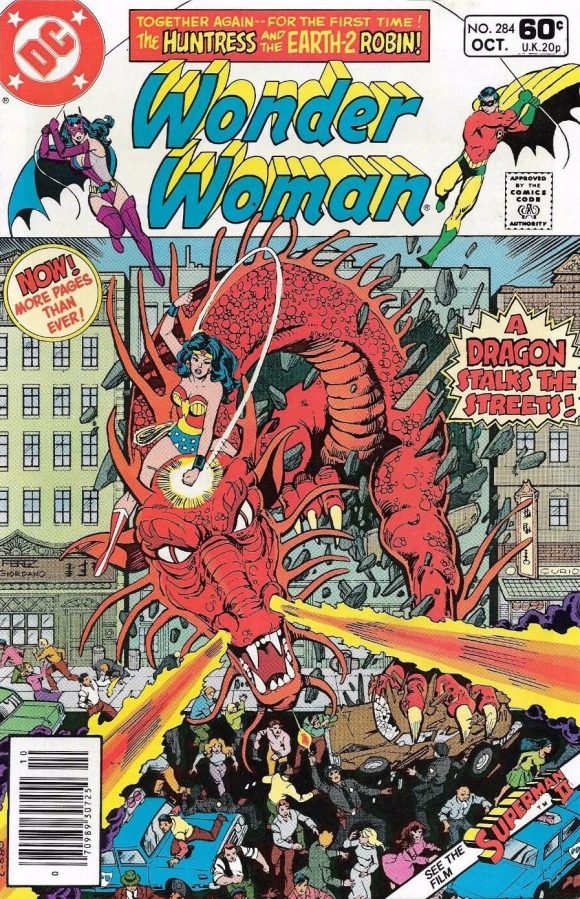 Wonder Woman #307. Some good ol’ Wonder Woman vs. the gods action. Love the colors too. Would like to know who did them. 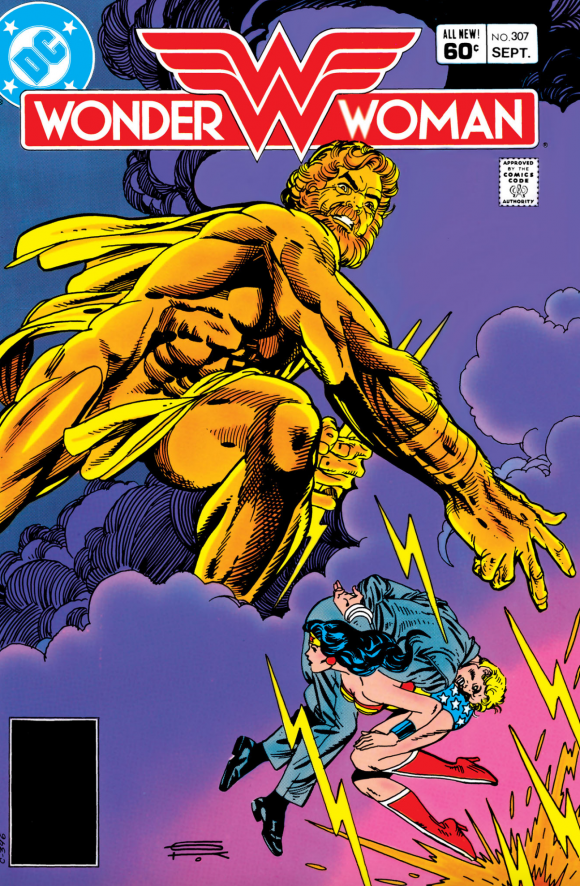 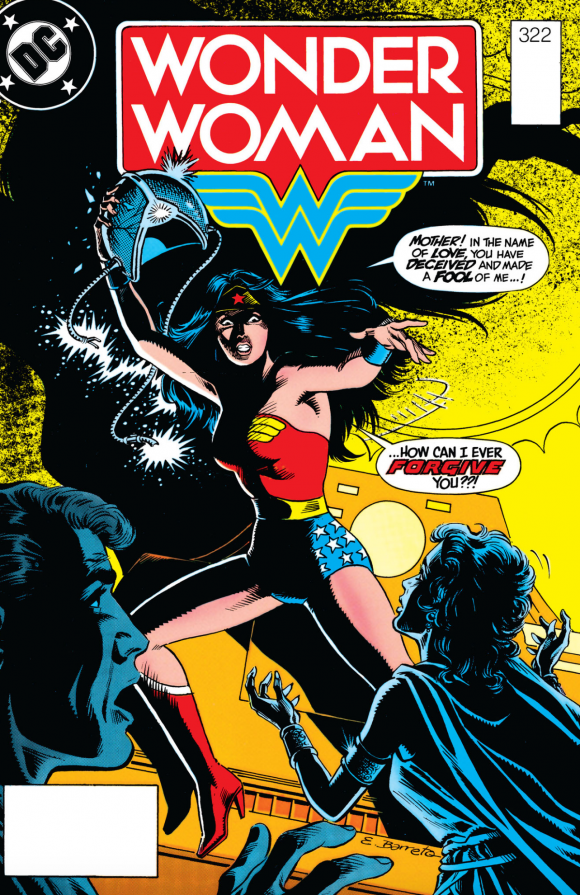 Wonder Woman #285. Terrific action cover. I can’t help but think Red Dragon’s outfit was designed by Ben Cooper — I would totally wear that. Wonder Woman #323. Etta’s certainly got her hands full here. Unfortunately, it does point out the limitations of WW’s rogues gallery. For the most part, you do really need to stick to the gods. 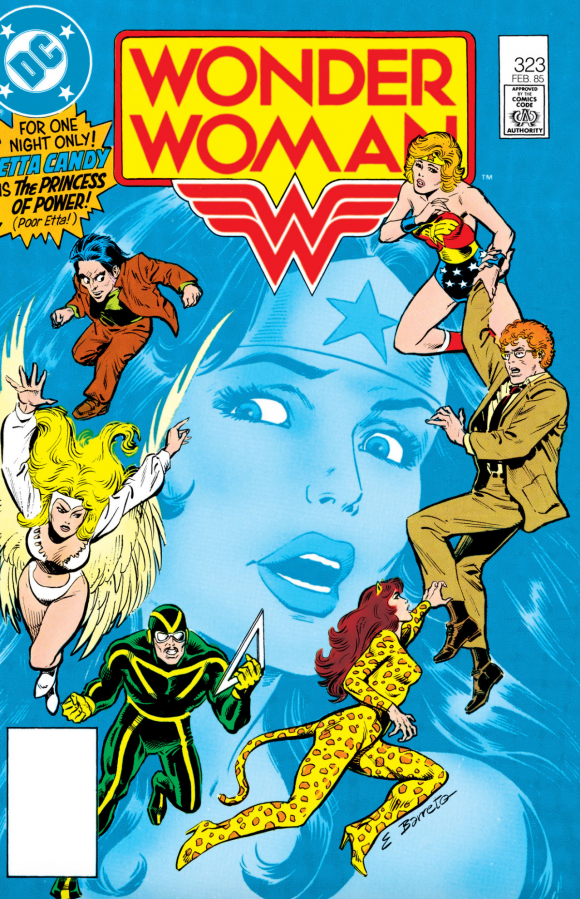 Wonder Woman #268. I totally forgot that Animal Man showed up again before Grant Morrison got his hands on him later in the ’80s. And the Changeling looks like Crazy Quilt’s brother, doesn’t he? 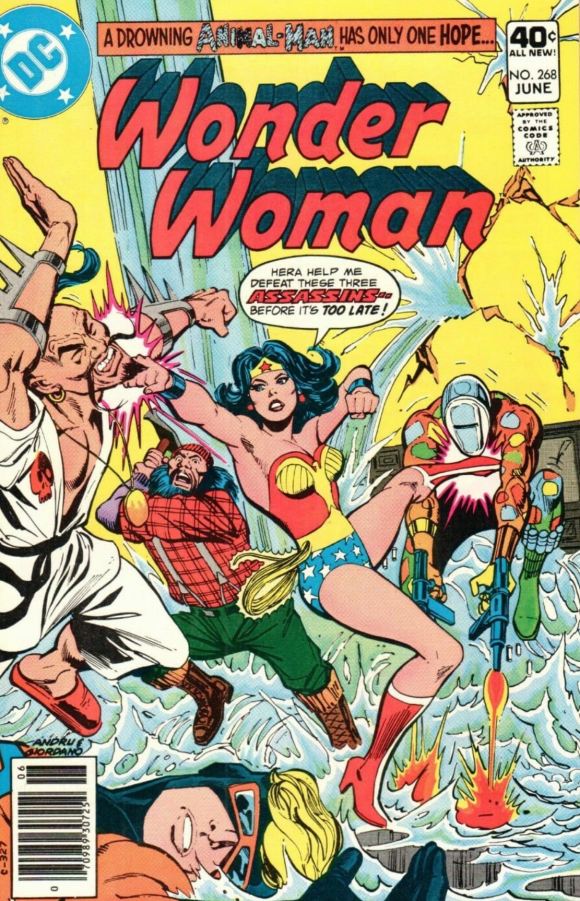 Wonder Woman #296. Nice, uncomplicated layout but I certainly hope that Wonder Woman was able to knock this clown out with one punch. Because, honestly. Wonder Woman #324. I really dig the Atomic Knight’s look and love the way Paris Cullins conveys the power of the Invisible Jet. A simple but easy to look at cover with good colors and a dramatic perspective. 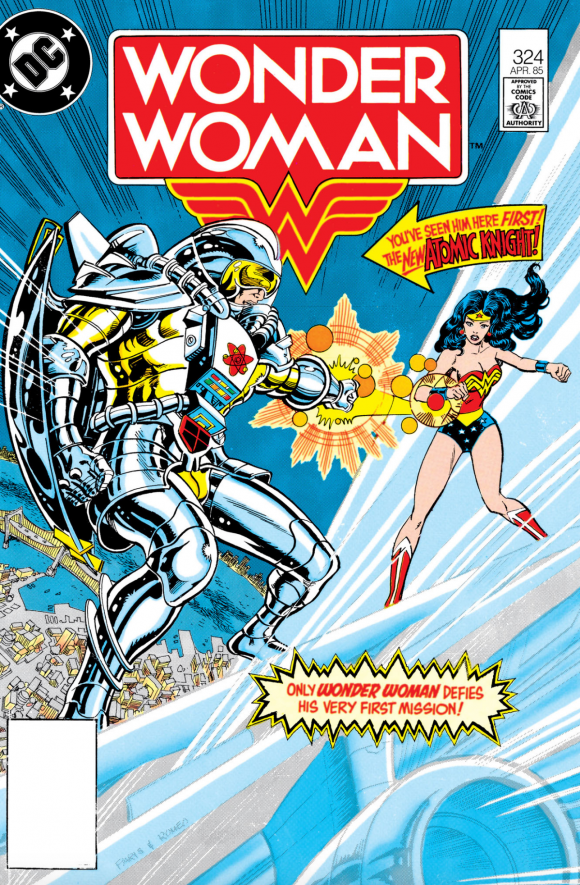 Wonder Woman #298. I’m not sure this qualifies as an underrated cover and it’s probably the most effective of these 13. Damn, that rat on Wonder Woman’s left thigh! Yicch. Thanks, Frank Miller. 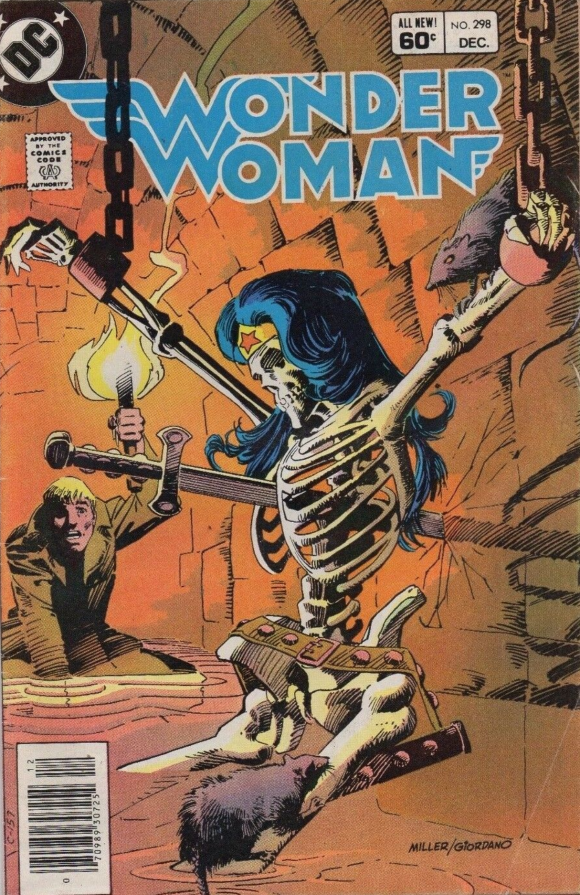 Wonder Woman #312. I think this my fave of the bunch. Sure, Wonder Woman’s fighting gremlins(!) but the action is dynamic, the colors bright, the sense of movement strong and framing superb. Gil Kane, ladies and gentlemen…