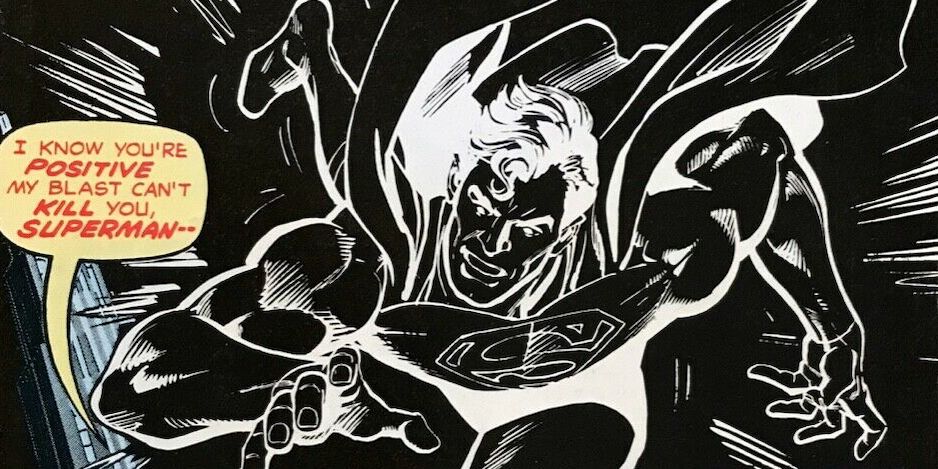 This 13 UNDERRATED COVERS thing we started recently as a lark has been really well received, so we’re just gonna keep doing it as a recurring feature.

Last week, we did 13 UNDERRATED ACTION COMICS COVERS (click here), so it’s time to bookend it with 13 UNDERRATED SUPERMAN COVERS.

Once again, this a Bronze Age selection.

Superman #236. OK, this might not actually be underrated at all but it’s still not usually listed among the greats. Either way, it’s a legitmately scary cover from the early ’70s, when DC had a habit of giving even its brightest mainstream superhero comics a horror spin. 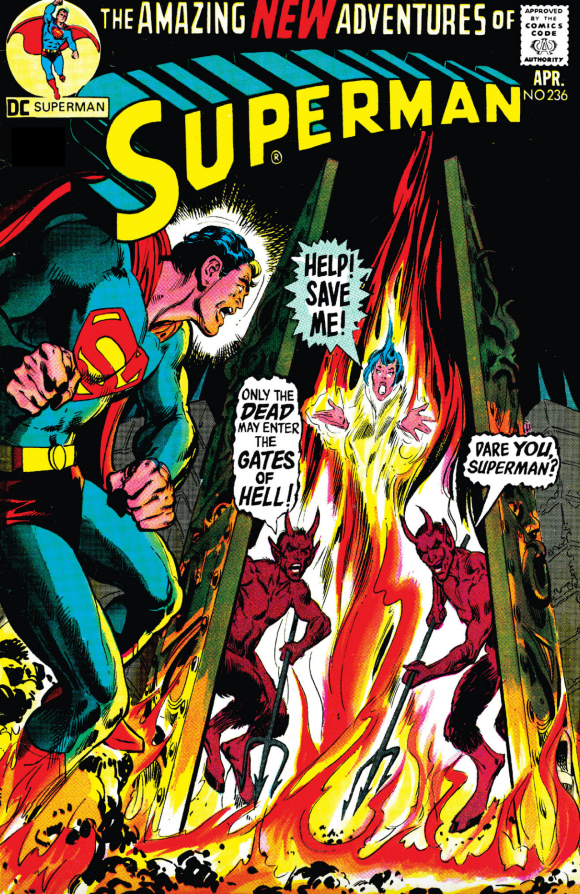 Superman #412. Superman going rogue is as hoary as chestnuts get but this deserves points for the sheer power that Klaus Janson gives the Man of Steel. You can believe just how spectacularly horrible and painful it would be if Superman jammed his hand through your battle armor so he could disembowel you. Poor, agonized Lex! 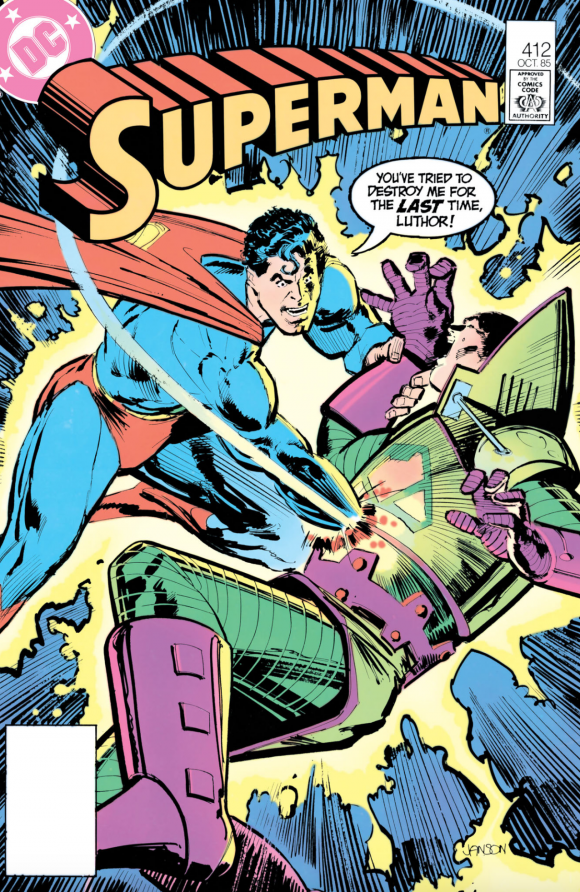 Superman #323. It’s a pretty standard cover but I just want to take a moment to say that the Atomic Skull is one badass-looking bad guy on the page — which is why comics rule. Because if some knucklehead dressed in that lemon-lime get-up in real life, they’d be laughed out of Metropolis. 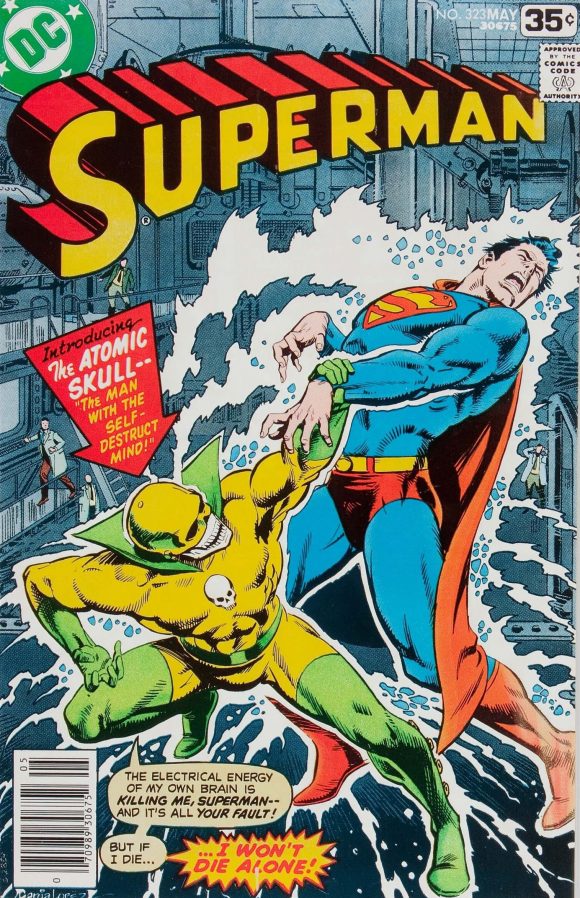 Superman #334. That’s not a weird creature, Lana. That’s Mysterio paying a visit to the DC Universe. 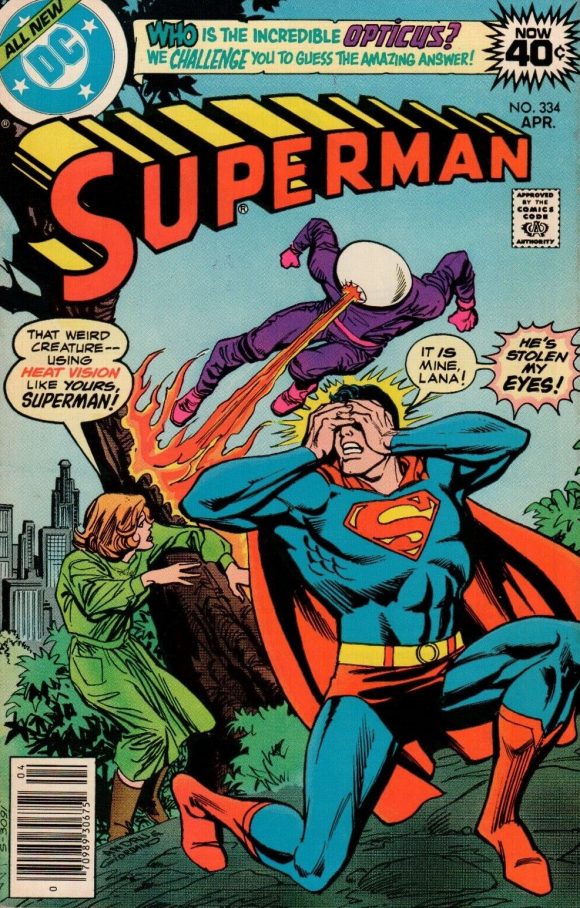 Superman #406. Really, do you think that guy would have a chance against Superman? No, of course not. Especially since Supes can disembowel Lex Luthor at will. Still works though, even if it’s a bit silly. 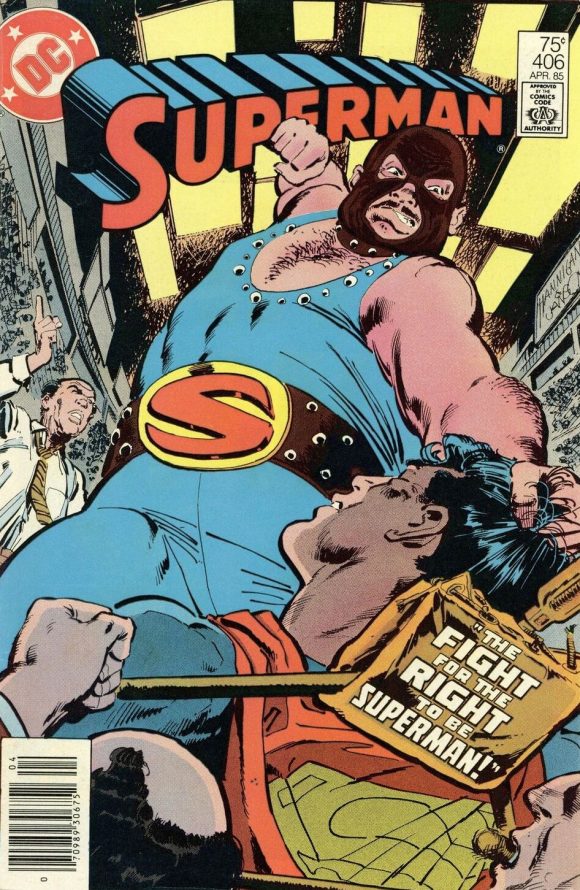 Superman #314. If you look at this cover quickly, it looks like it came out in, oh, 1968 instead of 1977. You got your evil space hippie. You got your groovy, dated lettering across the image. You got your guest appearances by fallen Justice Leaguers. It all adds up to a funky cover. And, where can I get a space kazoo? Superman #320. Speaking of the Silver Age, this is classic, old-school wackiness done up Bronze Age style. “Great moons of Krypton! Solomon Grundy is stealing my cape! But — WHY?” Why indeed? I must know. 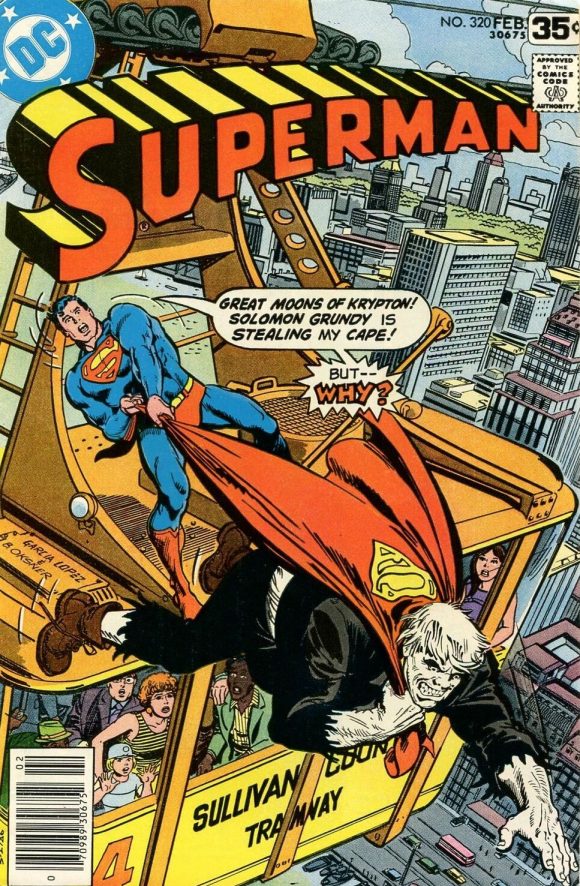 Superman #343. As I mentioned in the 13 UNDERRATED ACTION COMICS COVERS, few artists could draw Superman flying as well as Ross Andru could — and this is a bold showcase. But doesn’t it look like Supes just soared into the Star Trek episode Who Mourns for Adonais? Superman #333. Totally self-indulgent choice: This is the first Superman book I bought after I saw the 1978 movie. Unfortunately, it cemented in my young mind that the movie was much more interesting than the comic and I wouldn’t become a regular Superman reader until John Byrne came along years later. 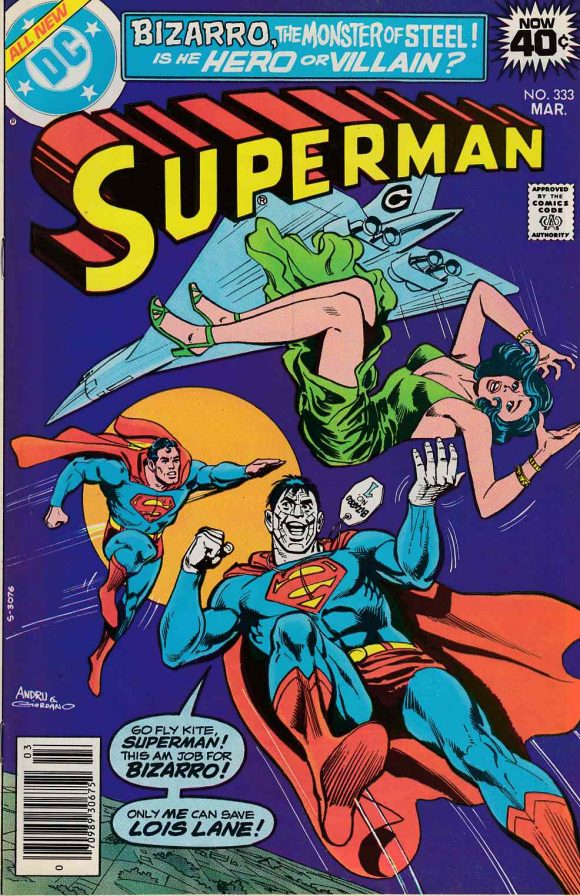 Superman #294. The concept isn’t new but Ernie Chan’s execution is solid. The colors definitely help — especially the sunset contrasted with the darkening city — so if you know who did the work, please post it in the comments. A haunting, affecting image. 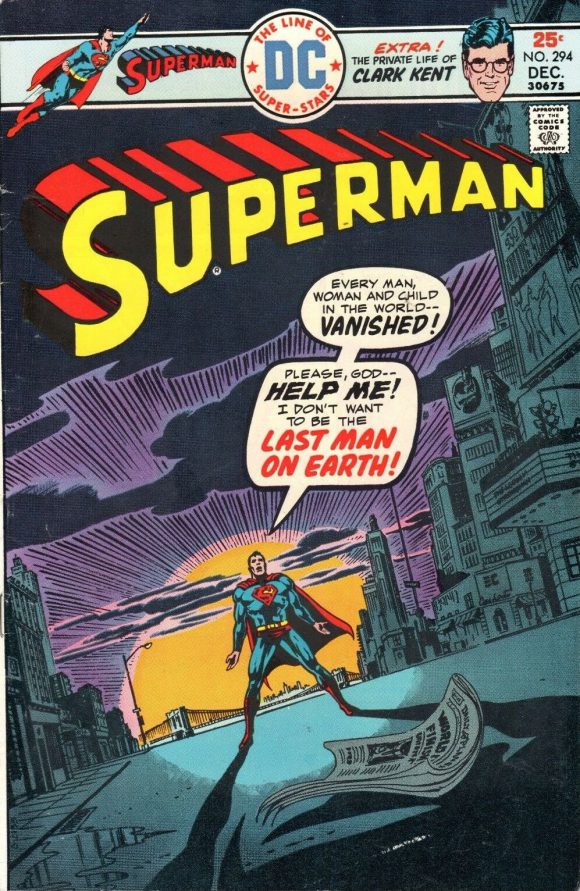 Superman #421. DC often struggled with the relevance of its pop-culture references. The MTV angle was right on because the network was at the height of its popularity. But Thriller? That video came out more than two years earlier. Anyway, this cover is a different look — and I especially dig the lighter shades of the logo colors. Superman #374. If I’m gonna put together a list of 13 UNDERRATED COVERS, I gotta include at least one starring Vartox. Superman #354. I’m not an artist so I really don’t understand how they do negative images like this — but I love it. Love it. And, hey bonus points for the Man of Steel’s grandson — Superman, 2020! I wonder where he is now?