13 REASONS to Love DC COMICS in the BRONZE AGE 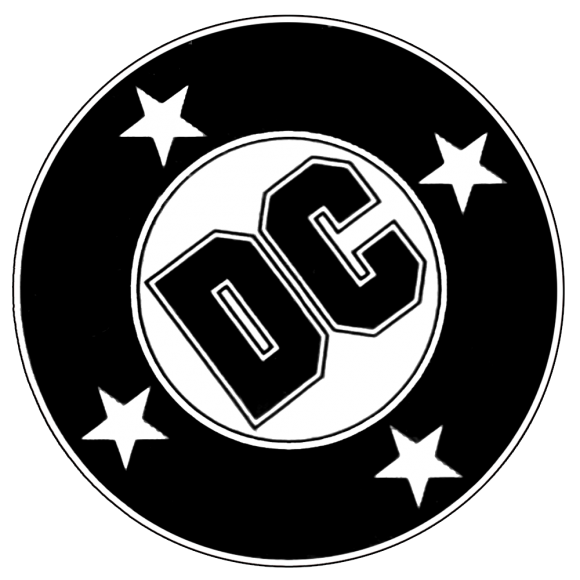 Our pal Anthony Durso of Retropolis Tees and The Toyroom has been regaling us with reasons to love the Big Two in the Silver and Bronze Ages. In the final part of his 4-Part series, he lavishes praise on DC in the Bronze Age. Right on. — Dan

DC Comics has gone through a good number of reboots since the end of the Bronze Age. And each reboot always makes me more nostalgic for the era I grew up in.

13. Whitman Comics. In the late ’70s, Wednesday nights were spent hanging out at Burger King and Carl’s Drugs with Dad (grumble). My brother and I would usually be able to get some candy or a magazine out of him.

I usually gravitated toward the spinner rack in the toy aisle, as it had 3-packs of Marvel and DC Comics. Although the DC weren’t DC (as far as I was concerned). Instead they carried the dreaded Whitman label. You wouldn’t be caught dead actually reading one of those knock-offs but they were often essential to building up your collection so you’d have to suck it up on occasion. That was then. NOW I LOVE THEM. Same comics as newsstands but with an off-brand flavor.

12. Swamp Thing and Deadman. By the time I began reading comics on a regular basis, Swamp Thing and Deadman were no longer making monthly appearances as headliners. Although they both might pop up occasionally in Brave and the Bold and DC Comics Presents, you had to get the infrequent Swamp Thing fix (albeit reprints) from DC Special Series while Deadman had a brief revival in Adventure Comics. Nevertheless, these two characters quickly became Bronze Age favorites that I literally couldn’t get enough of!

11. DC Digests. The Biggest Little Buy in Comics continued my lesson in the History of the DC Universe where the 80/100-Page Giants left off. Plus, they fit nicely in the inside pocket of a jeans jacket! Perfect to smuggle into school and read in study hall!

10. The Daily Planet. One of the last pages in an issue, besides perhaps a Hostess ad, The Daily Planet was often the FIRST page I turned to when I picked up an issue. After all, if I wasn’t going to purchase that comic, at least I could read the Hembeck strip and maybe the Answer Man before the newsstand owner shouted that “This isn’t a library!”

9. Conway’s Corner. Whether as writer or editor, Gerry Conway was responsible for one of the more offbeat collections of titles that DC produced during the Bronze Age. Dubbed in DC house ads and editorial as Conway’s Corner, these books really didn’t have anything in common other than the fact that they were awesome and I wanted to own them all whenever I’d see them on the newsstands. Which wasn’t quite often. In fact, I’m assuming that poor sales is why I frequently found these books coverless, at a corner store that would get bundles of them from the newsstand distributors after market. But at 10¢ each they were a steal!

8. The New Teen Titans. Move over Marvel’s mutants — there’s a new group of teen heroes in town! The X-Men were already seeming like old hat to me by the time The New Teen Titans appeared, courtesy of Marv Wolfman and George Perez. I was late to the party, beginning with Issue #7, but NTT quickly shot up to the top of my must-read list every month.

7. Jose Luis Garcia-Lopez. Praise be his name. Heir apparent to Neal Adams, Jose Luis Garcia-Lopez drew the most Dynamic Covers on the newsstands for DC. Although his usual stomping grounds were the covers of Superman, Action Comics or DC Comics Presents, JLGL’s work also appeared throughout the DC Universe. In fact, he did the art for the 1982 DC Comics Style Guide that’s STILL being used on merchandise to this day! (Click here.)

And who doesn’t love a hero who’s not afraid to smile?

5. The Legion of Super-Heroes. Forget Princess Leia and the gold bikini, for me Saturn Girl (first comic-book crush, sorry Red Sonja) in her hot pink swimsuit made a fifth-grader an instant fan of the Legion! Not to mention Jeckie, Shady and Violet. And although the Legion has always been in constant flux, this era, spearheaded by the great redesigns by Dave Cockrum and Mike Grell, will always remain my favorite. Long Live the Legion!

4. The Brave and the Bold. Remember when Batman only starred in four titles a month? That’s it. Four. Batman, Detective Comics, World’s Finest (with his BEST FRIEND, Superman!) and The Brave and the Bold. B&B was the team-up title that he shared with a different monthly co-star in stories usually written and drawn, respectively, by Bob Haney and Jim Aparo that weren’t beholden to standard continuity. Earth-B, anyone? Zany!

3. Bronze Age Batman. And speaking of Batman, somewhere along the way, the Darknight Detective became more Dark Knight and less Detective. But before he became an overly armored grim and gritty sourpuss with a Batmobile to match, the Caped Crusader drove around town (often in the DAYLIGHT if Bob Haney was in charge) in a sleek sports car solving crimes just like you’d expect the World’s Greatest Detective to be doing when he wasn’t busy being a millionaire playboy. (Back then, Bruce Wayne was more than a mask for the Bat). And all without making sure you knew he was “the Goddamn Batman.” Some things are better left unsaid.

2. Dollar Comics. Under new publisher Jenette Kahn, DC experimented with new formats… my favorite one being the Dollar Comics line. Superman Family, Batman Family, Adventure Comics, World’s Finest and DC Special Series were the ones that caught my eye, although in hindsight I wish I had paid attention to House of Mystery, G.I. Combat and The Unexpected as well. Eventually, the Dollar Comics line faded away, although the format was used sporadically for anniversary issues or annuals. But for a brief time, they were the biggest bang for your buck! (Click here for a brief history of Dollar Comics.)

1. Crisis On infinite Earths. Even though Crisis on Infinite Earths effectively ENDED the Bronze Age of DC Comics (and the Silver Age and Golden Age before it), it’s still one of my favorite parts OF the Bronze Age. After all, it was the last chance to really see the iconic versions of the characters I grew up with in the ’70s and ’80s and they were all stellar in their performance.

I re-read it often to reconnect with my old friends when I feel disconnected from the modern versions. Sure, it had its flaws and in hindsight it’s ALL bittersweet. But it did what it set out to do… Worlds lived and worlds died, and NOTHING was ever the same again. (Click here for Marv Wolfman’s take on Crisis.)