UPDATED 8/24/16: To see what BURT WARD and JULIE NEWMAR have to say about the new movie, click here.

IGN got the trailer today, along with an official description that has the Dynamic Duo going up against the Joker, Penguin, Catwoman and the Riddler — with a “replicator ray” gumming things up.

So watch it (as if you haven’t already) — and buckle up citizens, for 13 QUICK THOUGHTS:

1. Interesting to see some of the show’s tropes from a different perspective, such as Bruce and Dick running to the Batpoles from the reverse perspective … 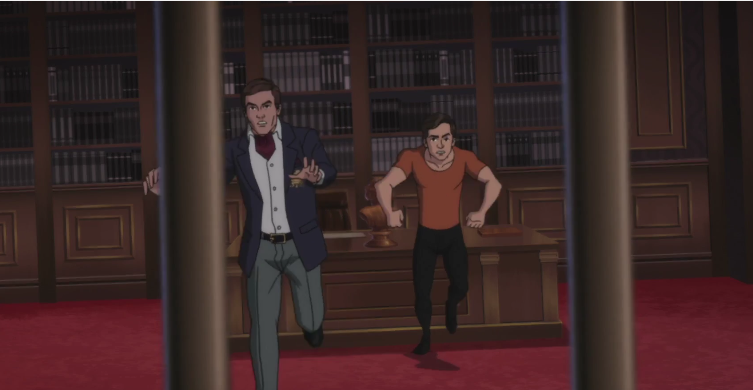 2. … and seeing the Batcowl actually lower onto Batman’s face. Cool!

4. I wanted to hear Julie Newmar!

5. Not to be a negative citizen, but the Batcave seems to lack a lot of the detail that made it so special. I know we just got a glimpse, but still.

6. So my question about likenesses was answered: Gordon is definitely generic, old-school comics style, with mustache. Man, I really wish Neil Hamilton’s estate was part of this whole Batman ’66 thing.

8. Speaking of Filmation, did they do this on purpose? Because if they did, that’s GREAT! 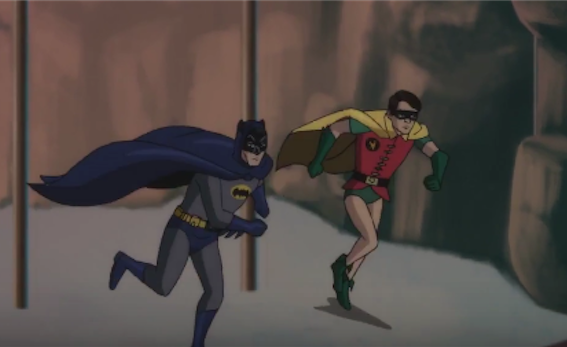 9. From the PG MPAA warning out front: Action, Suggestive Material and my favorite — Rude Humor.

10. Hector and the Hodaddies, huh? Please tell me there will be surfing in this movie.

11. With a “replicator ray” promising doppelgangers, according to the official description, what are the chances we’ll see a surprise Eartha Kitt Catwoman?

12. Whoever did William Dozier’s voice on the TV set nailed it.

13. Y’know what? Do not be surprised if you hear an announcement for a second animated movie. Maybe timed for when this one’s released in the fall. I’ve heard some things around Gotham, citizens …

For 13 QUICK THOUGHTS on the first teaser, click here. Batman: Return of the Caped Crusaders will be available digitally on 10/11 and on Blu-ray 11/1.