The Return of the Caped Crusaders is headed our way — finally!

First, check out the trailer if you haven’t seen it — or want to again!

And now, here are 13 QUICK THOUGHTS …

2. Glad to hear they’ll be using the main theme — or at least a version of it.

3. So they teased the Big Four villains — Catwoman is a natural, given Julie Newmar’s involvement.

4. But I would have liked to see them expand the villains roster. Then again, it’s not yet clear how they’re handling the likeness issues.

5. For example: How will Commissioner Gordon look? Neil Hamilton’s estate is not part of the Batman ’66 license deal. In the Batman ’66 comic, they fudged it, so… 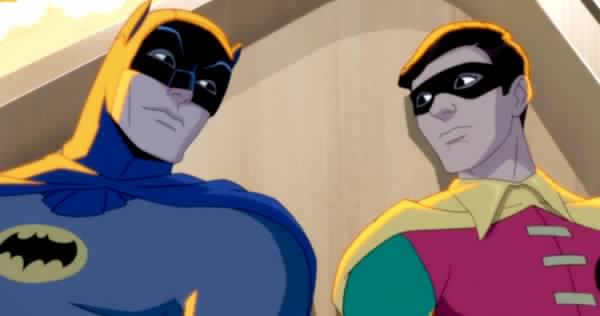 6. Perhaps animation is a complicating matter, however. Vincent Price’s estate is in the license deal, for example, but maybe there would have been additional cost to use his Egghead likeness and imitation of his voice. Or maybe I’m overthinking this and they just wanted to use the Big Four. Or maybe there will be cameos. We’ll find out, either way.

7. I assume Batgirl will not be a part of this, which is, of course, too bad.

8. I thought the trailer itself was a little too on the nose. The GIANT OVEN sign was cute but the rest felt a little forced. The key to making this work is being sly, like the comic is. It’s a fine line.

9. The animation, though, was fun.

10. I man, how refreshing is it to see Robin’s classic uniform? 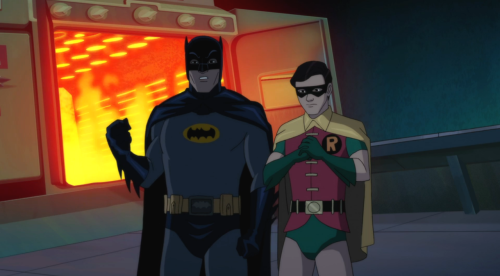 12. Seriously, just imagine the gags they’ll be able to pull off with no need for an FX budget. 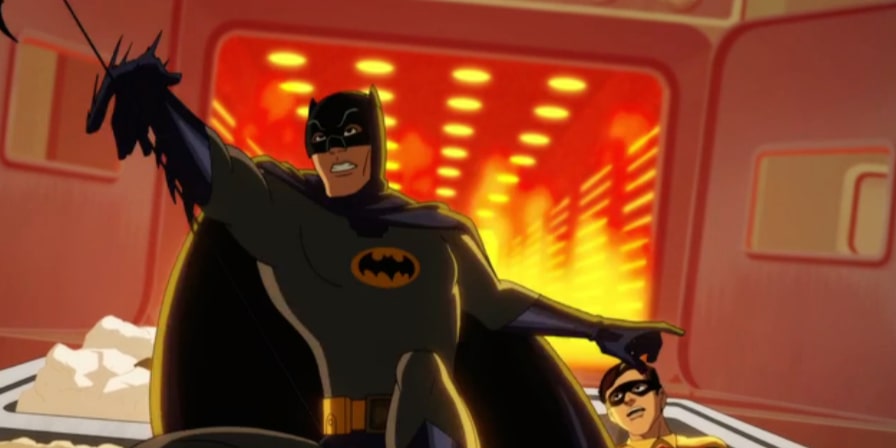