ZOINKS! BATMAN and SCOOBY-DOO Team Up For New Comics Maxi-Series

The Caped Crusader and those meddling kids!

DC Comics announced Thursday a new limited series that will be sure to appeal to Bronze Age fans and anyone who has kids: Batman & Scooby-Doo Mysteries.

The series, by writers Sholly Fisch and Ivan Cohen, and artists Dario Brizuela and Randy Elliott, launches March 27 digitally — fittingly, a Saturday — followed by a print edition April 13. (There will be 24 digital chapters and 12 print issues.)

Dig this cover by Brizuela that’s a cheeky callback to Batman: Year One — and a couple of story descriptions by DC: 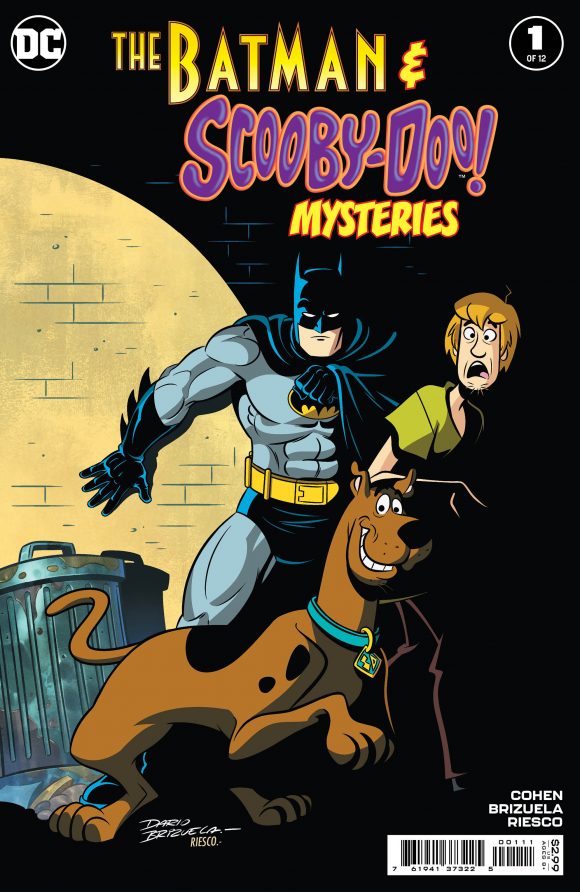 “In the kick-off story by Ivan Cohen and Dario Brizuela—an adventure when Batman discovers his original purple gloves have gone missing—Velma, Shaggy, and Scooby-Doo travel back in time to Batman’s Year One era to solve the case!” reads a company statement. “Will this time-traveling heist have a happy ending? Batman & Scooby-Doo Mysteries #1, “Glove Story,” written by Ivan Cohen with art and cover by Dario Brizuela, begins with the first of two DC Digital First chapters on March 27 followed by a print issue collecting the same story on April 13.

“And to continue the Scooby-Doo team-up tradition established in over a hundred chapters of Scooby-Doo Team-Up, in the second big Batman & Scooby-Doo Mysteries story writer Sholly Fisch and artist Randy Elliott have Scooby-Doo and Batman team up to solve the mystery of a ghost…who’s haunting the Batcave! Even if the ghost turns out to be a fake, that still doesn’t solve the real mystery: How did someone get into the Batcave to stage the phony phantom—and does that mean Batman’s enemies have cracked the secret of his true identity?! Batman & Scooby-Doo Mysteries #2, “Going Bats,” written by Sholly Fisch with art and cover by Randy Elliott, arrives in print on May 11 after digital chapters beginning on April 24.” 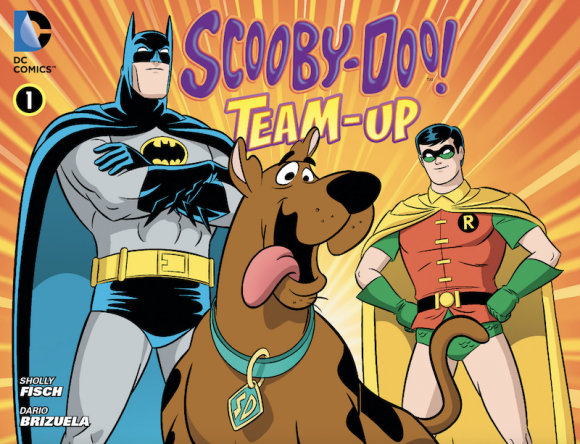 — Yep, sign me up. No question. Between this and Gene Luen Yang’s upcoming serials-era Batman/Superman story, this spring is looking pretty warm already.

— Scooby-Doo Team-Up was one of the most reliably entertaining series of the last decade or so. Fisch has a really strong handle on DC history, so I imagine there will be all sorts of Batman: Brave and the Bold-ish cameos and appearances by Gotham’s regulars and not-so-regulars.

— Hey, if you want to host your own Batman and Scooby-Doo team-ups, check out what the Toyroom custom playset company has for you. (Click here and here.)