YOU SHOULD BE READING THIS, by Menachem Luchins

Home » RANDOM STUFF » YOU SHOULD BE READING THIS, by Menachem Luchins

Menachem Luchins is a regular in our HOT PICKS and AT THE COMIC SHOP features. Here, he makes his 13th Dimension solo debut with YOU SHOULD BE READING THIS, a recurring feature that will star a number of writers here. Menachem will write every other Wednesday. Today he touts his love for Terry Moore‘s Rachel Rising:

Terry Moore is, by far, most famous for his award-winning and beautiful series Strangers in Paradise, a work that spanned two decades, featured a huge cast of characters and discussed all manners of love and devotion. Moore is also one of the few comic creators who is self-publishing a monthly comic series these days.

Both of these are reason enough to pick up anything that he does, but Rachel Rising, his current series, would be completely worth it even without those facts. 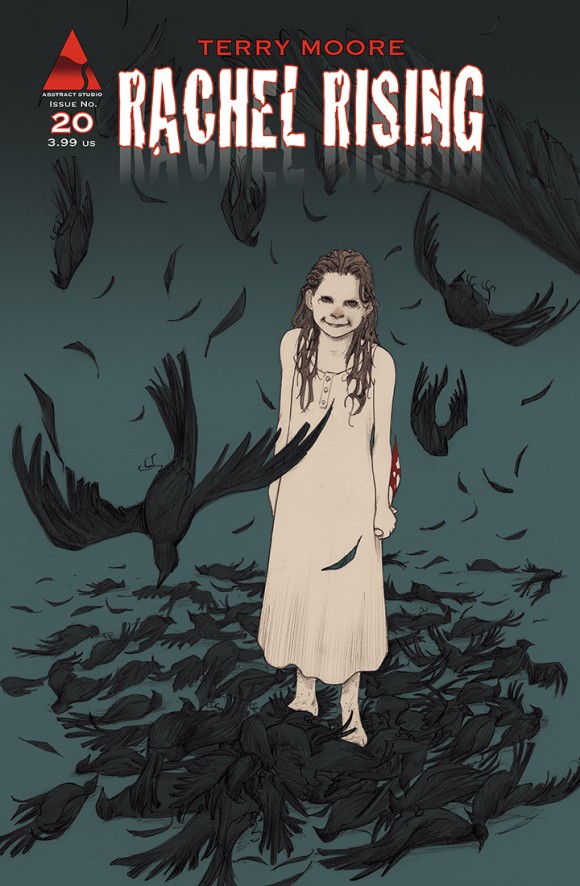 The series begins with Rachel rising from a shallow, unmarked grave with clear signs of having been violently killed. Any further discussion of the plot will involve spoilers, so let’s avoid that.

What makes the comic more than just an enjoyable read of the “it’s-not-exactly-zombies” genre very popular in comics and other media right now is Moore’s fantastic sense of pacing. This is a man who has been doing monthly comics for more than 20 years, and it shows.

Each issue of Rachel Rising feels complete and satisfying, even if much is left unresolved. Each story arc within the series, in turn, resolves some things but leaves others open. Likewise, every answer just seems to beg more questions.

The trade paperbacks are intensely satisfying reads that creep the reader out the way a good horror book should while the single issues are the sort of comic you read in minutes, go back and study, read again and then spend the night wondering about what’s going to happen next.

Moore’s pacing isn’t the star of the show, though, fantastic as it is. His art and design choices are so stellar, so pitch perfect that you have to make an active decision to be aware of them or they’ll just creep into your brain and control your emotions without you even being aware.

From the black-bordered pages to the precise square panels, the layout just fits the themes so well you can’t imagine the book any other way. The body language, the sparse yet detailed backgrounds, and the superbly rendered emotions on characters’ faces move the story so seamlessly that one feels that this is almost the story Moore has been honing his craft all these years just to tell.

As of now, Rachel Rising clocks in at 3 trades (collecting issues 1-15) or 20 single issues and, unlike many self-published books, is available at most comic book shops.

Readers of Locke & Key, watchers of American Horror Story and fans of the well-paced horror/supernatural tales of any medium.

Comic Shop Owner Menachem Luchins will write here every other Wednesday. He owns Escape Pod Comics in Huntington, N.Y., and will share current and classic comics that every lover of the medium should read, focusing mainly on independent or self-published works.

There’s also a pretty cool event at Menachem’s store this weekend if you’re in the Long Island area. Sayeth Menachem: “Combining our Monthly Cosplay Day with the nationwide Halloween Comicfest giveaway, Escape Pod Comics (302 Main St, Huntington, N.Y.) will be hosting a major event on Sunday the 27th of October. Highlights include: store-wide sale, Mad Magazine’s Ray Alama signing, live models for drawing and much much more! As at every Escape Pod Cosplay Day, anyone in costume gets two, free recent back issues. There will also be thousands of the Halloween Comicfest comics for FREE.” I’d go myself but, alas, pumpkin carving.