You Should Read These Comics, by DAN MacLEOD

Home » You Should Read These Comics, by DAN MacLEOD

New around comics? Or just looking to broaden your horizons? Dan MacLeod (@DSMacLeod on the Twitter) is a writer and musician who recently rediscovered his love of the artform. He has a fresh perspective on some cool books for new and experienced readers alike:

I tried to get into comics for years. But the long, intricate backstories and multitude of titles starring variations of the same characters kept me from catching the bug.

Who has time to research Superman’s 75-year history? What is the difference between Justice League, Justice League of America and Justice League Dark? Why are there, like, six separate Batman books out right now?

It’s a common complaint. But a plethora of incredible new books don’t require hours of poring through back issues to get caught up. That’s how I started. And now I even read Action Comics — tights and all.

Also, since the Big Two comics publishers, DC and Marvel, rebooted all or many of their titles in the last couple of years, it’s a good time to start reading.

If you’re a casual reader who just wants a few good books to check out, there’s plenty of good material out there. And if you’ve been around, why haven’t you read these yet? Most of these are brand-spanking new — or at least easy to get caught up on:

This is the first comic I ever really loved. The art is stunning and creative, and the writing is touching, hilarious and smart. The characters — new parents from battling planets running from their past — deal with very terrestrial issues, like meddling in-laws and a snarky babysitter. Oh, and there’s a prince with a TV for a head who is begrudgingly hunting them down, as well as a bounty hunter with a lie-detecting cat for a sidekick. It’s not a brand-new book, but the first two trade paperbacks are short and a breeze to read. 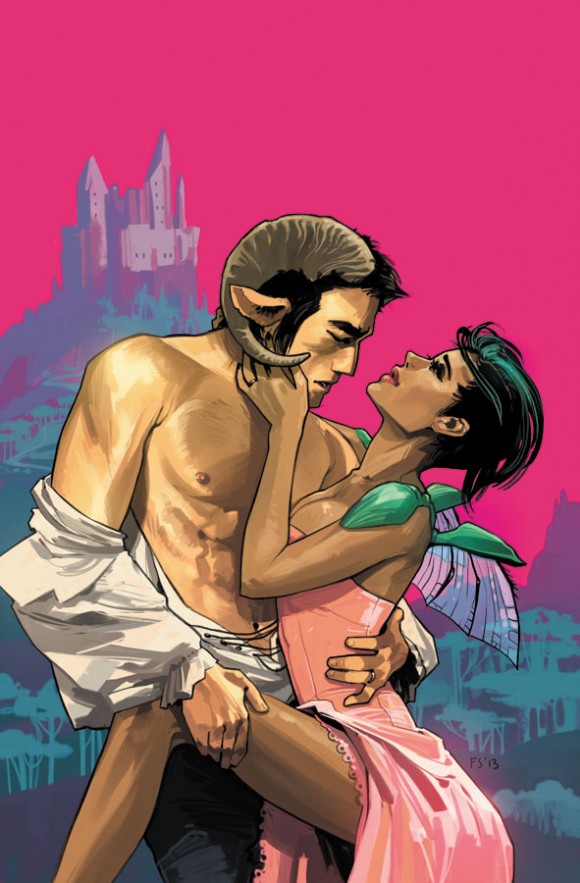 Issue #2 came out last week, so it’s early days for this title. If you like dark stories, espionage, violence, and killer art, this is a great book. I was hooked at the first page of the first issue. Also, to keep it interesting, each issue is drawn by a different artist. It tells the story of a deadly spy named Edward Zero who, in the first issue, has to retrieve sensitive technology from the chest of a Palestinian super soldier — who is battling an Israeli solider also modified to be a killing machine. It gets pretty grisly, even though Zero has orders to get the job done without killing anyone unnecessarily. You can judge whether he did a good job. 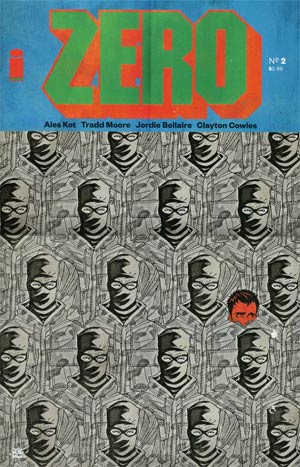 I love this book so much. Jeff Lemire has written — and drawn — a really creative love story about two strangers from vastly different times and places who meet in the middle of the jungle. They also literally meet in the middle of the first issue, which is a flip book with twin stories starting on opposite covers. One is an explorer in 1921 seeking a lost temple, and the other is a scientist from 3797 who is desperately searching for a cure to a disease that threatens to destroy what’s left of the human race. 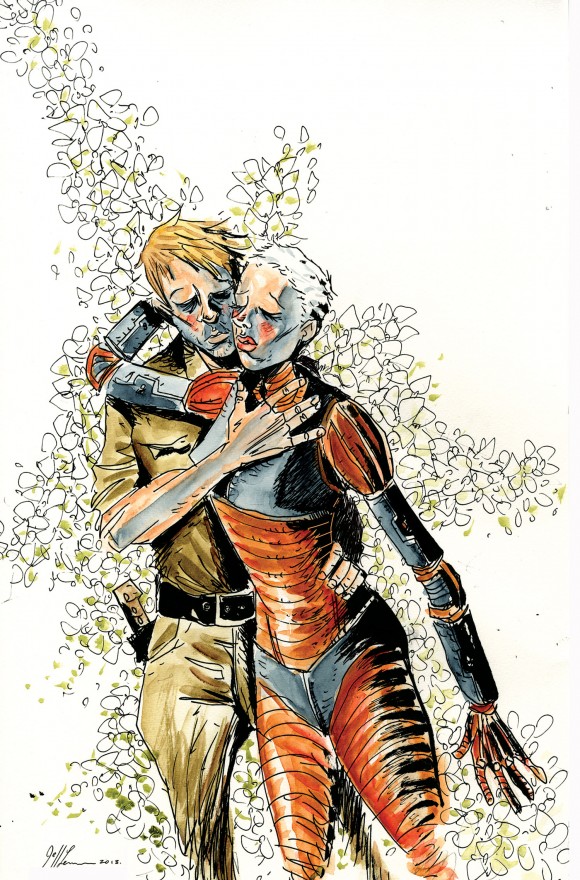 It’s a pretty solid premise: A rich collector springs an expert thief out of lockup to steal him a ghost from a haunted mansion. Boom. I’m sold. Joshua Williamson’s book has been described as “Ocean’s 11” in a haunted house. I’ve been trying to come up with a better description, but that’s pretty apt. This is a really fun book with stellar art. It’s well told and has the pacing of a movie — which it deserves to be. 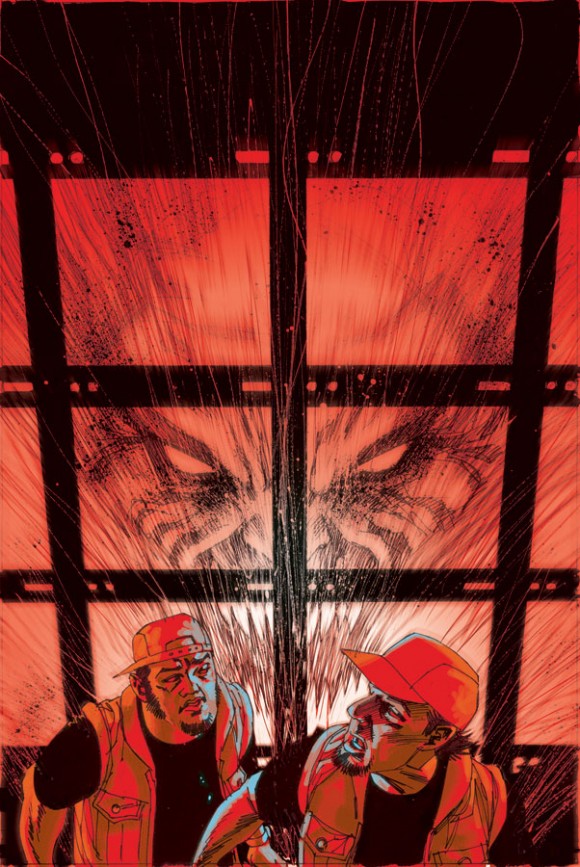 I’ve been a Batman fan since I was 6 and saw the Tim Burton film. It was one of the few comics I read during my early, but brief, comic-reading career. So the new Batman by Scott Snyder and Greg Capullo — part of DC’s “New 52” re-launch — was the first superhero book I got into when I started subscribing to comics a few months ago. The timing was actually perfect, since the Zero Year storyline had just begun. It’s a new version of the origin story, where Bruce Wayne returns to Gotham and becomes the Dark Knight. The current issue is #24, but there are hardcovers and paperbacks available online and in stores that can help you learn about this new version of the character. 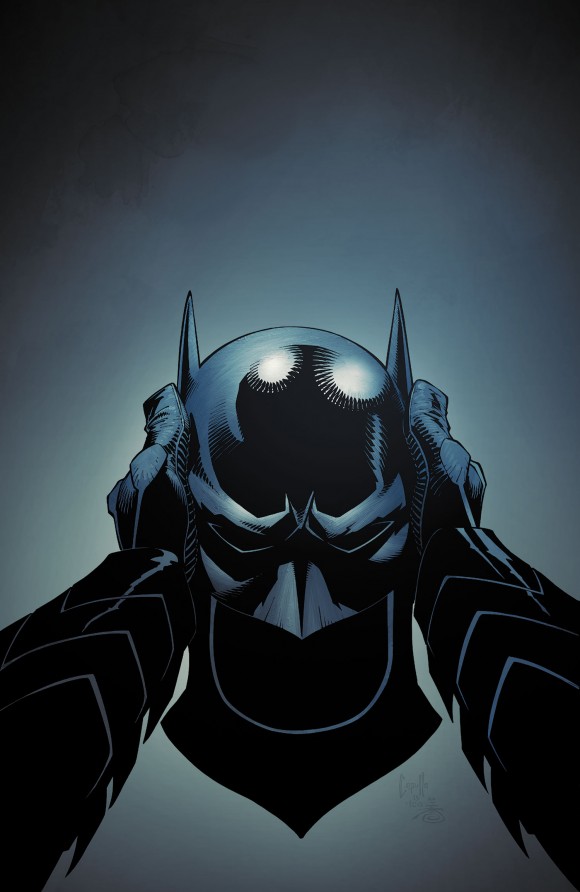 Dan MacLeod started reading Punisher and Spider-Man when he was a small boy, but gave up on comics for 20 years. Now he’s making up for lost time and writing about his growing obsession here at 13th Dimension. The former New York Post reporter will buy any book set in a post-apocalyptic wasteland. When he’s not haunting his local comic book shop outside Syracuse, N.Y., Dan can be found on the road playing bass and mandolin with Elijah Ocean.