Why GEORGE PEREZ Never Finished BRAVE AND THE BOLD

THE GEORGE PEREZ INTERVIEWS: A book that never really blossomed…

UPDATED 5/10/22: The great George Perez has died at the age of 67. This first ran in June 2019 as part of THE GEORGE PEREZ INTERVIEWS. We re-present it here. Click here for our complete index of Perez features. — Dan

This week, it’s 2007’s underrated The Brave and the Bold, written by Mark Waid: 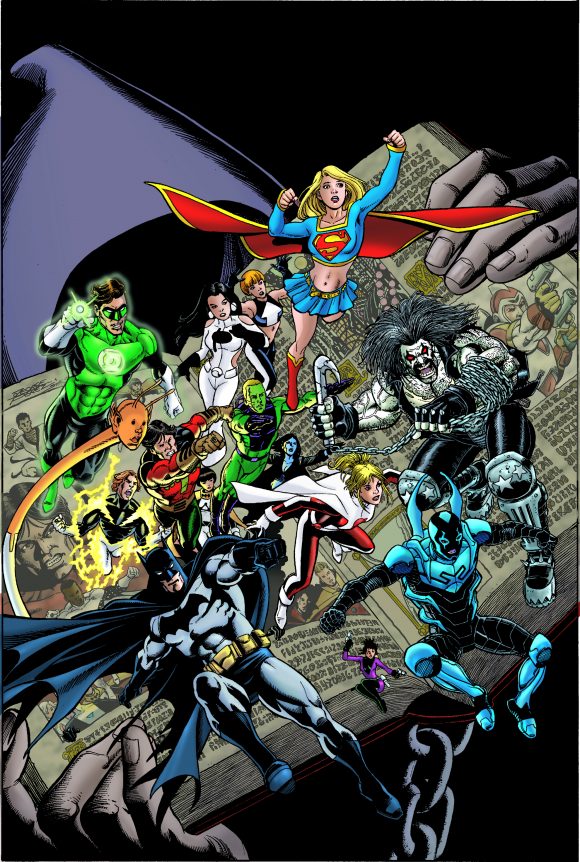 Dan Greenfield: The next one on the list is a title that I wish was still being published — The Brave and the Bold.

George Perez: Yes. Working with Mark Waid on The Brave and the Bold. That was a wonderful, wonderful retro book. I think that was also its disadvantage because modern fandom — and this is not a slam on modern fandom, we bred this into fandom: expecting everything to be part of a big picture, as opposed to stories standing on their own. So that everything has to be related to everything else in the company line.

Mark was trying to get a bit of that retro feel where a story is done in one. It’s self-contained yet doesn’t, unlike the earlier Brave and the Bold, disavow or break away from the continuity of the established characters. Mark was trying to pay attention to continuity, but this story stands on its own. It doesn’t have to be tied into anything else the company produces.

He and I had a great time, I got to draw characters I’d never really gotten to draw in a story. I got the Blackhawks. The Metal Men. All these characters that are part of my youth. 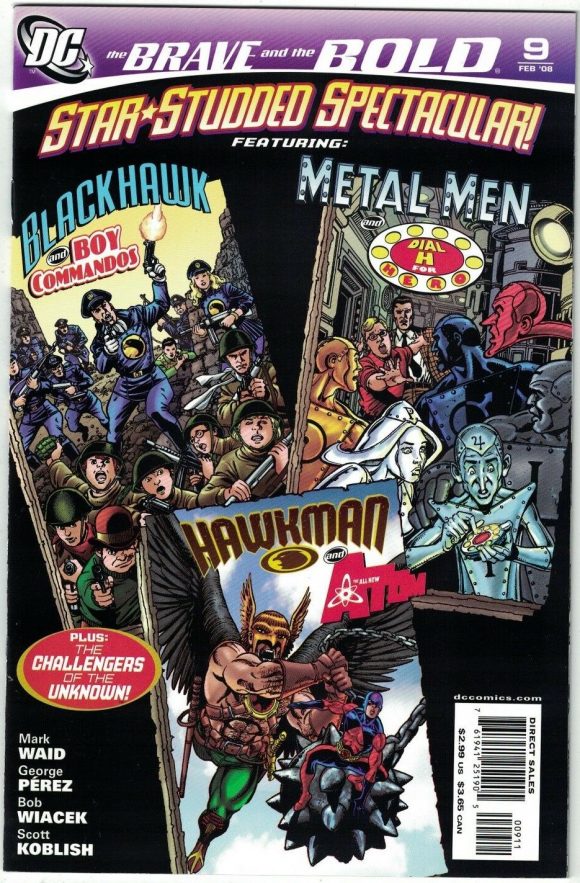 Unfortunately, by the time they were starting to put Legion of 3 Worlds together, they decided, “We’re going to make this part of Final Crisis” — again which I didn’t know — which meant they had to restructure a lot. It took them so long … I could have finished 12 issues of Brave and the Bold. I could have done it.

It’s a shame that it wasn’t planned a little better at the beginning so that I wouldn’t have had to give up something that I was really enjoying working with Mark Waid on. He’s like Kurt Busiek – he’s like an encyclopedia when it comes to characters. I wanted to work with Mark for quite a while, we were having fun and I know it really bothered him when I was asked to get off the book.