Who Really Does Horror Best – Vertigo or Dark Horse? By HANNAH MEANS-SHANNON

Home » Who Really Does Horror Best – Vertigo or Dark Horse? By HANNAH MEANS-SHANNON

Hannah tackles the tales that make you tingle:

Vertigo changed the face of comics. There’s no doubt about that. In its 20-year history since its formal launch in 1993, it has opened up the gates for a vast number of writers and artists to foray into the dark corners of our imagination and bring back visually stunning narratives. Vertigo probably wouldn’t have existed had it not been for the strong performance of Swamp Thing under Alan Moore, Rick Veitch, and Stephen Bissette, and the spin-off series Constantine, both of which drew on pulp horror traditions and its twin themes in the occult, both building in many ways on the traditions of EC comics, curtailed in an untimely manner by the introduction of the Comics Code. Then, of course, there was The Sandman, whose multi-artist format established an almost anthology feel to experimenting with the relationships between fantasy, horror, and magic in comics. 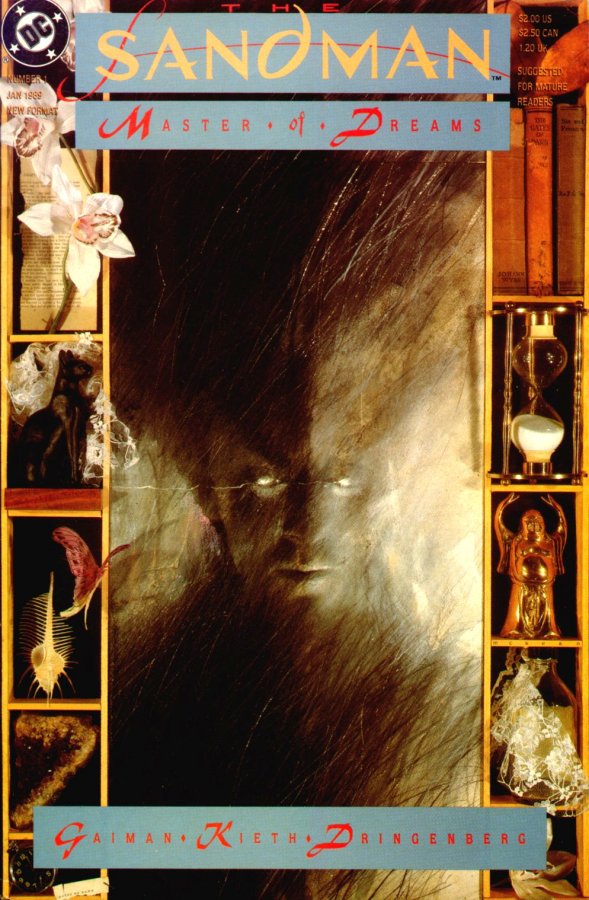 In the early days of Vertigo, a whole generation of future comics creators began to see what was possible under more “mature” imprints and hoped, no doubt, someday, for the creative freedom to bring their own nightmares and fantasies to life. But Vertigo has maintained a wide range of genres and mixed genres in their titles over a long period of time, as successful with fantasy works like Fables as in science fiction like Y: The Last Man. Most recently, their horror titles have been mixed genre, like Scott Snyder and Sean Murphy’s The Wake, though the success of American Vampire may well have paved the way for Snyder’s run on The Wake also. Part of the same Vertigo “Defy” campaign that supports these titles has also introduced a more horror-driven title in Coffin Hill and this does beg the question: Just how much horror is Vertigo willing to introduce into their current mix? The release of their horror anthology The Witching Hour just in time for Halloween does suggest that Vertigo is considering adding more horror to its line-up, however cautiously. Ironically, this may bring Vertigo full-circle and back to its horror roots.

Dark Horse was actually founded before Vertigo, however, in 1986, by Mike Richardson, drawing on his experience as a retailer seeking to support quality products. It would be a stretch to say that Dark Horse was immediately identified with horror content, though the fantastic was always there, and an inclination toward more horror-driven science fiction in licensed properties like “Aliens,” “Predator,” and then “Star Wars.” It was arguably the runaway success of Hellboy and engagement with properties like “Buffy the Vampire Slayer” that really solidified Dark Horse as a horror-friendly publisher alongside their continuing sci-fi titles. As the Hellboy universe grew and developed into spin-off titles like B.P.R.D. and Baltimore, Dark Horse seemed to be pausing a little and considering just how wide a slate of horror titles they would like to support. The increase in horror titles has been steady over the past few years, embracing the creator-owned movement in comics with a seemingly conscious effort to bring in new writers and artists who might otherwise have been self-published or unknown. 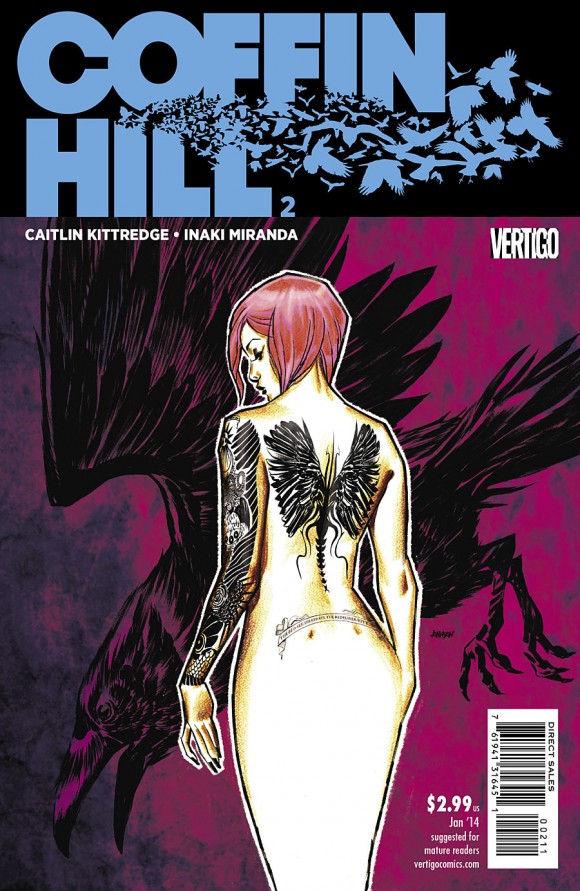 This year Dark Horse has published two horror titles with somewhat whimsical elements, Kiss Me Satan! and The Occultist. Add to this the fact that 2013 has been a major year for Dark Horse reminding readers of their EC influences by producing archival editions of EC’s Tales from the Crypt alongside the ongoing series Creepy, inspired by EC traditions. Horror is becoming a dominant element in Dark Horse’s identity even as they expand their noir-influenced line-up with titles like Francesco Francavilla’s Black Beetle, and the Hellboy tie-in Lobster Johnson. Both of those titles, however, have occult elements, and even a dash of sci-fi, which adds to a sense of Dark Horse thematic continuity between its books. It’s an era for expansion for Dark Horse as well, as they take on more superhero elements than expected, from the gritty realism of Buzzkill to the soon to be released Never Ending (due 11/27). Will horror continue to be their focus in 2014? 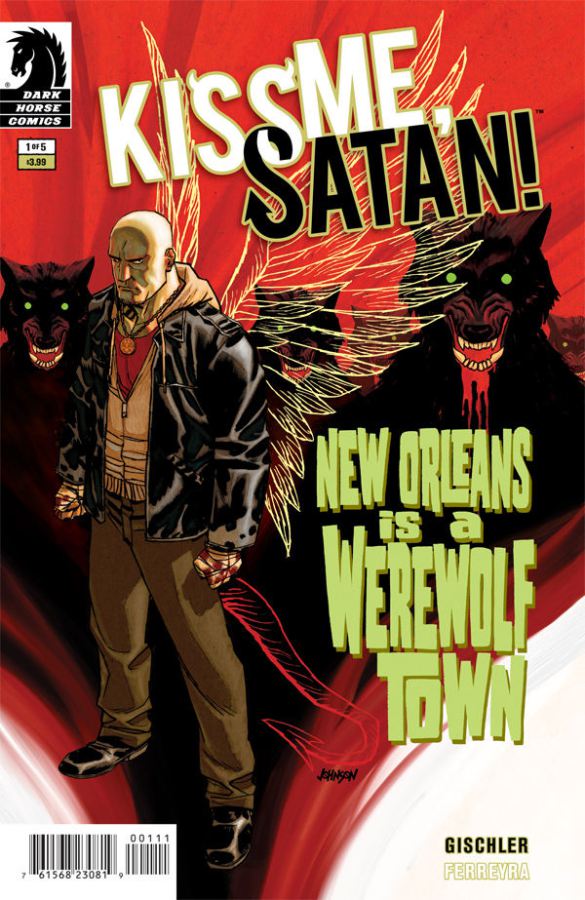 Both Vertigo and Dark Horse appear to be experimenting with the popularity of horror titles, but the differences between their approaches are fairly pronounced. Vertigo is more cautious, trading on established names in writing and art, whereas Dark Horse is consistently throwing new creators into the mix and taking greater risks based on their traditionally mini-series-based arcs. If a Vertigo title fizzles out, it’s more likely to be a big deal, which may cause greater financial loss, whereas Dark Horse will simply see how an arc does and decide whether to move ahead with more mini-series or not. Neither are taking a wait-and-see approach in the actual product, however, and the reading experience provided by titles like Coffin Hill and Kiss Me Satan! feels fully-committed and content driven. Neither Vertigo nor Dark Horse are encouraging a “flash in the pan” feel. They seem to take horror seriously, which is a major selling point for fans.

Coffin Hill, written by Caitlin Kittredge, drawn by Inaki Miranda, and colored by Eva de la Cruz, is an edgy book. It’s a heady mix of youthful angst, black magic, and very dark secrets surrounding Eve Coffin, latest in a long line of witches, and her Massachusetts hometown. There’s a freshness to the book which is generating plenty of buzz, and much of that is down to Miranda’s feel for horror as an artist, portraying the “dark things in the woods” alongside a strong punk vibes. Kiss Me, Satan! Is written by Victor Gischler, with art by Juan Ferreyra, and also has striking artwork that has an even more experimental feel than Coffin Hill despite the latter’s virtuosity. Ferreyra mixes softer painted backgrounds with sharp, dark outlines and doesn’t shy away from a cartoony accent or two when portraying action. And there’s humor in the writing on Kiss Me, Satan! too. Fallen angel Barnabas is seeking to redeem his soul by fighting off darker elements in his hometown of New Orleans, only they are mostly werewolves and he’s protecting a coven of witches so far. His white-suited and diminutive guardian angel Jules provides many of the amusing one-liners of the series.

At first glance, these books couldn’t be more different, and yet they are both horror titles drawing on traditions that go back to the early days of Vertigo, Dark Horse, and beyond. Coffin Hill is actually a strong contender for an EC-influenced title due to its graphic content and spine-tingling moments. Kiss Me, Satan! seems to owe a lot to Vertigo’s flagship title Constantine due to its offbeat occult elements, and a central character who is somewhat damned.

Can you spot the pattern yet? Dark Horse has learned from Vertigo and Vertigo has learned from Dark Horse what works for readers in a trend of mutual influence. Which title does horror better? They are both drawing on established horror traditions. Choosing between titles is like choosing your clothing for the day depending on mood and taste. 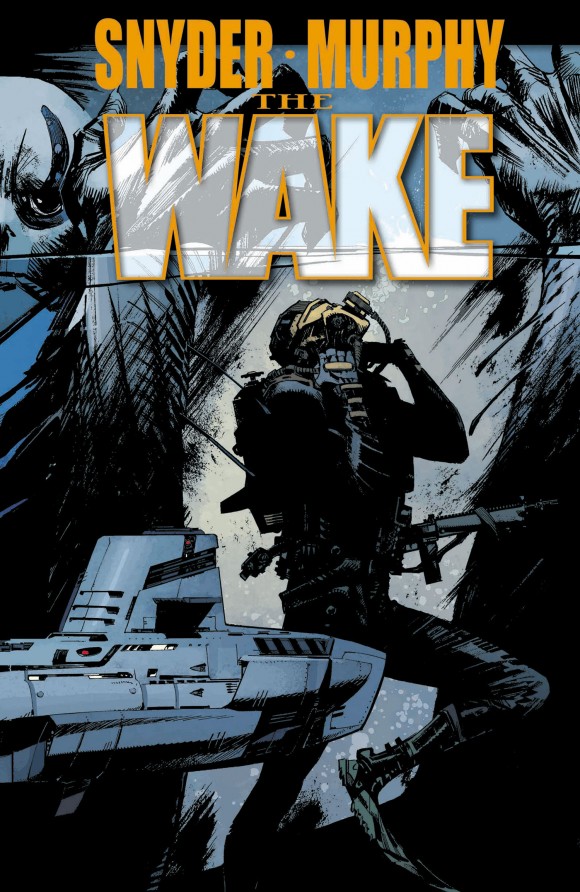 However, if we look at the trends in Vertigo and Dark Horse on a wider scale, it’s easier to make a judgment. Vertigo hasn’t been prepared to really hedge its bets on horror for a long while. They may be taking horror more seriously in the past couple of years, but that’s not something that’s been a priority over time. They may find their titles successful enough to continue and even introduce more horror-based titles. Let’s hope so. Dark Horse, given their history, and a little more cultivation of horror over time, is a stronger contender as a horror publisher you can count on in future years. They may expand their genres even more widely and build up diverse fan bases, but it would take a major shake up to get Dark Horse to recreate their identity with less horror in play.

If you’re a horror fan, make sure to be vociferous about Vertigo titles that are appealing to you right now, or they might not last in the long term. Horror fans probably are already supporting Dark Horse by trying out new titles, and there’s plenty to choose from, but keeping the support steady and confirming Dark Horse’s commitment will continue to ensure you get what you are looking for at your local shop.

Dark Horse sets a good example for other publishers, for one thing. Dark Horse may do horror better all in all, but that doesn’t mean that they can’t encourage Vertigo to do it right, too.

Hannah Means-Shannon is senior New York Correspondent at Bleeding Cool. You can find her @hannahmenzies on Twitter.