Two of the Batman series greats share their memories of Yvonne Craig, who died this week at 78.

Burt Ward co-starred with Yvonne Craig in the third season of Batman. Julie Newmar, of course, wasn’t in Season 3 — but she worked with Craig for many years after at public appearances.

I just spoke with each of them and they both recalled a woman whom they described uniformly as full of life and charm.

“Yvonne was a dear friend and a wonderful actress to work with,” Burt said. “We had a great time on Batman. We were friends. She got along great with Adam and myself and everybody else. She was just a delightful person with a sparkling personality.

“She had an energy and brightness to her that was just uplifting” he added, and pointed out that she had visited his home and they bonded over their shared love of dogs. 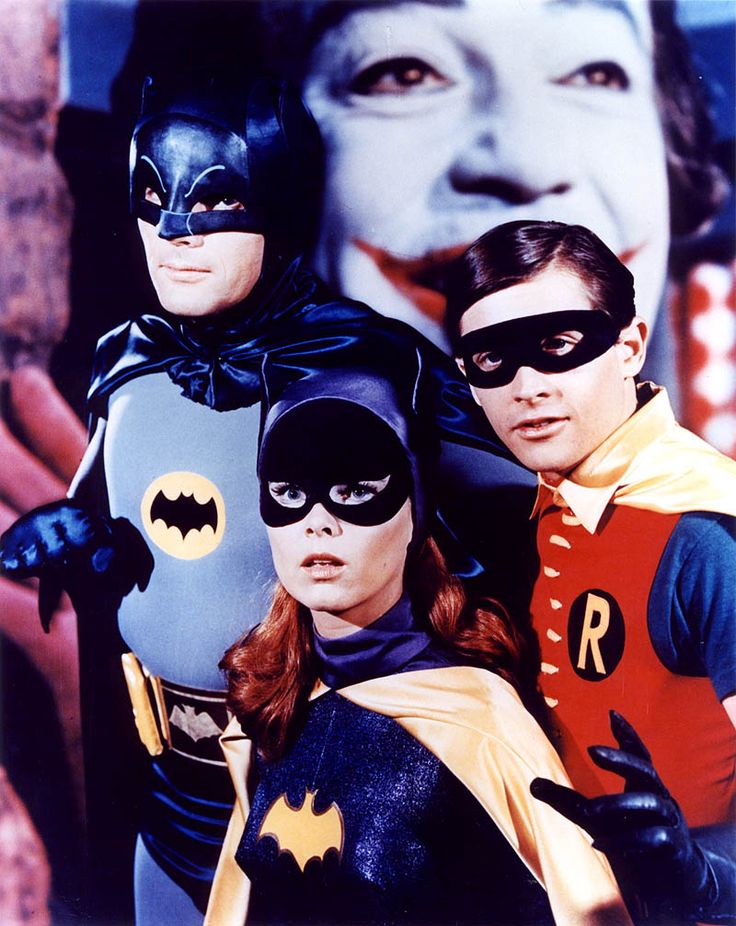 Julie talked of the countless times they saw each other at conventions and other events.

“My memory of her, especially, was her ebullience,” Julie recalled. “I’m looking at a pale, pink dahlia in my garden. They’re the dinner-plate dahlias, bigger than your face and they’re just bursting with joy and that’s the kind of person she was.

“A smile, always a smile,” she added. “And she would always show up in these marvelous clothes. They were all made of this silky kind of material. It’s body-hugging. It’s what our Catwoman and Batgirl costumes should have been made out of. Kind of similar but very clinging and comfortable.

“She was buxom and adorable,” Julie said, with a smile in her voice. “Everyone liked her.” 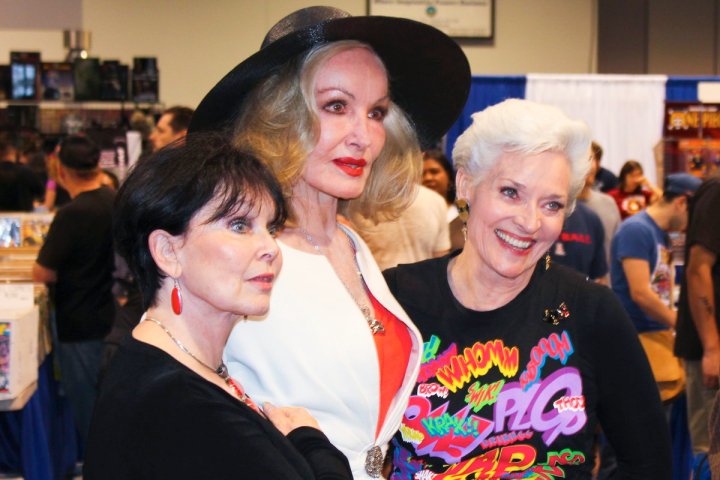