ULTRAMAN: The TOP 13 Grooviest Episodes of the Original Series

The mark on columnist Jim Beard’s chest is a meteor… 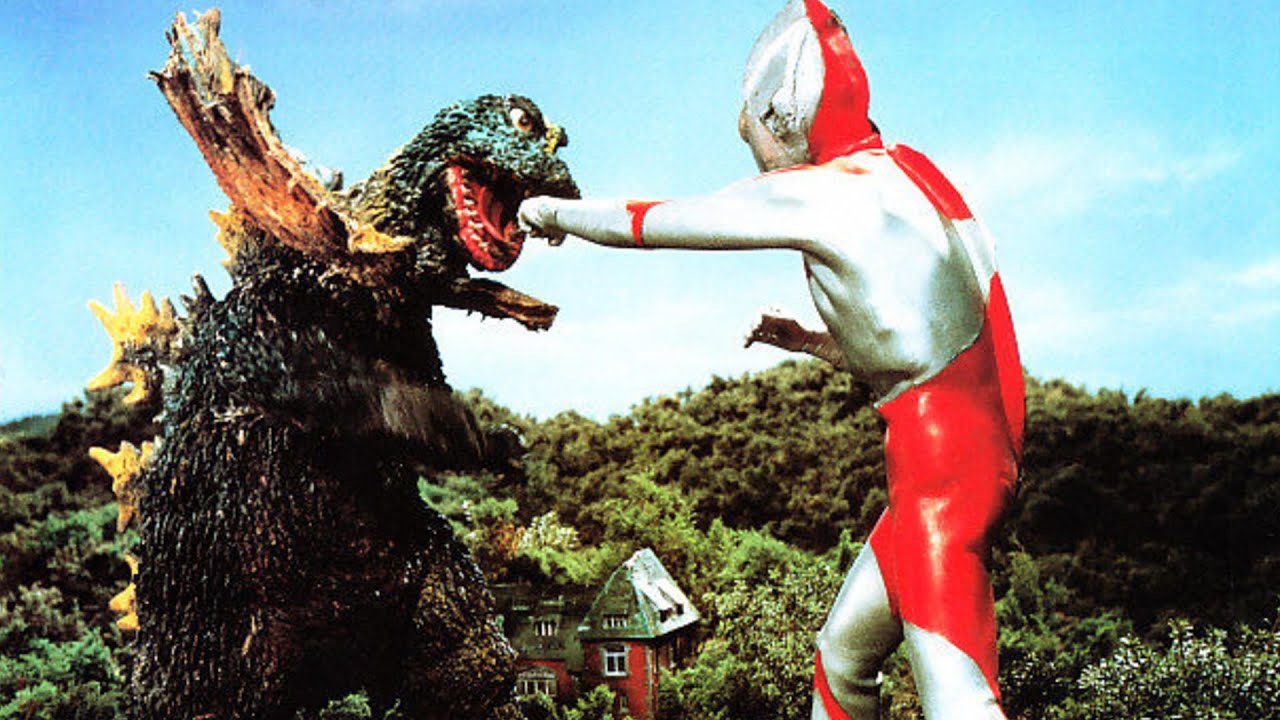 My first exposure to Japanese shows on American TV was Kimba, which I used to watch on weekday mornings when I was Very Young Dan. I loved it and it was almost as much a favorite as, say, Felix the Cat.

By the time I was in middle school in the late ’70s, though, there were two shows that I just had to watch every day after school: Battle of the Planets and Star Blazers, each of which scratched that Star Wars itch in the days when there was only one Star Wars, it was called Star Wars, and you couldn’t just pop it on the tube any old time you wanted.

It wasn’t until this past summer, meanwhile, that I experienced the charms of Ultraman, thanks to my son who introduced it to me. Of all the iterations I’ve seen so far, that first, orange jumpsuited series is the one that has struck the loudest chord with its 1966 styling and Showa Era special effects. (Ide should have gotten a spinoff!)

So when columnist Jim Beard told me about his new essay anthology book Rising Sun Reruns — about the great Japanese shows that have thrilled young American audiences from the ’60s to the modern day — I was all too happy to take the opportunity to pay tribute to these programs that are at once unique and of a kind. 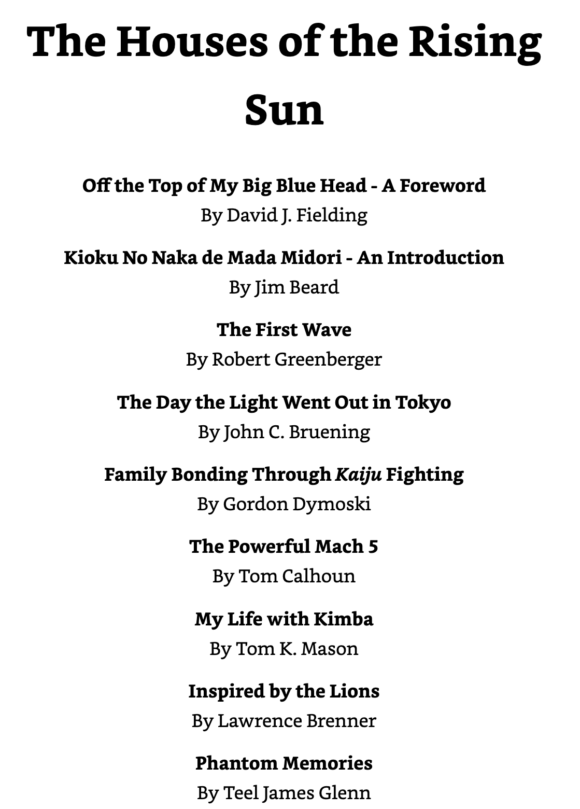 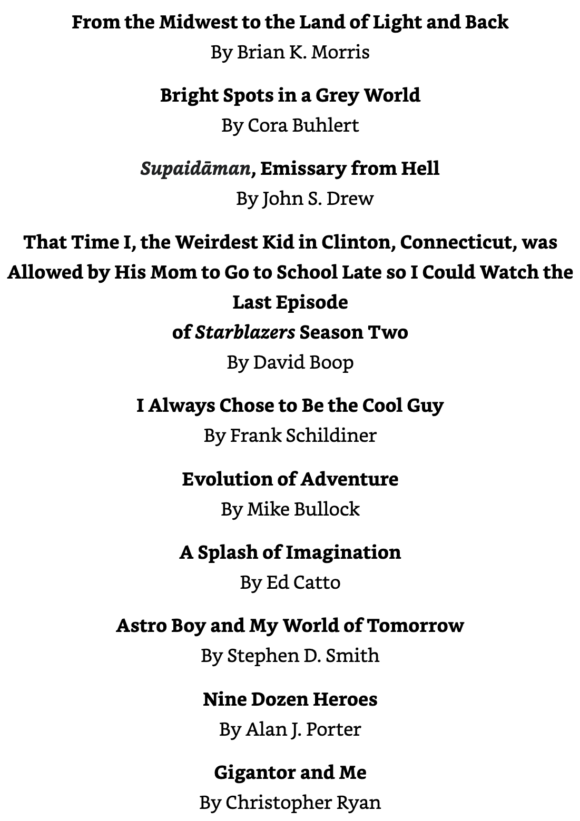 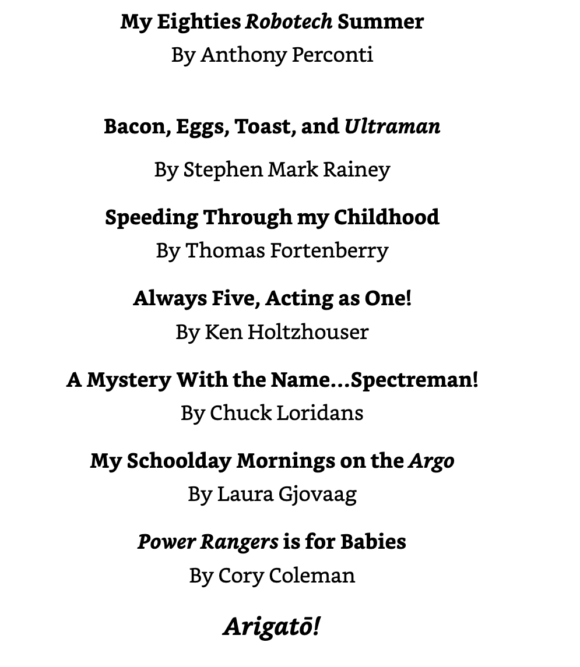 In the column below, Jim extolls the virtues of that first Ultraman season. But we have two more installments coming over the next couple of days — on Battle of the Planets (click here) and Star Blazers (click here), by contributors who wrote about those shows in Rising Sun Reruns.

By the way, you can order the book now at Amazon. Click here. You’ll dig it — and the memories that come with each loving chapter.

Sitting here trying to string together some words that express my love for the original 1966 Ultraman television series is proving to be challenging. I picture myself wrestling with a giant monster in the ruins of a metropolis, my Color Timer blinking away as my life-energy runs out before I can pay honest tribute to the show and what it means to me…

Let me try this: I love Ultraman on two levels, that of a child and that of an adult.

I watched the American version of the series as a kid in the early 1970s, and while I was lucky to have many, many shows of a fantastical nature back in the day to thrill me, Ultraman persisted as not only a magical memory, but also a mysterious one. The show was both beautiful and bizarre (perhaps owing to its Japanese heritage), but it was here and gone in a seeming instant. I wondered about it from time to time as I grew up, but it was unavailable for me to revisit for decades, there being no such thing as the internet during my formative years. It was something of a fever-dream, a series of martial arts moves and malignant monsters I might’ve imagined. And so it went. 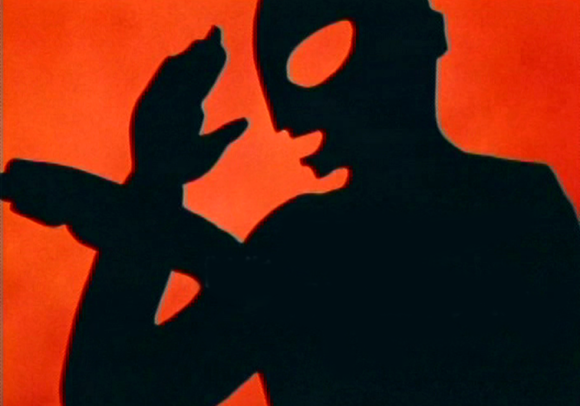 Then, just a year or more ago, I discovered the wonderful Blu-rays from the Mill Creek folks of not only Ultraman, but of many of the following Ultra-shows, too. Sitting down with the series after years and years of absence, I fell in love with it all over again… and more so. Now, Ultraman and the SSSP (not the least of which is my crush, Akiko Fuji) are a rich part of the fabric of my pop culture life, and the two levels are now one.

What follows here is a tribute to the 1966 Ultraman in the form of my 13 favorite episodes. If you’re familiar with the show, I hope you see some of your own favorites among the entries. If you’re not familiar with it, I hope they’ll whet your appetite for exploration—the national hero of the Land of the Rising Sun awaits you, and boy are you in for a treat.

Ep. 2: Shoot the Invaders. There’s something incredibly creepy about the alien Baltans, as well as something nearly sympathetic when you consider their entire race lost their own planet to stupid people. Alas, the Baltans don’t want to just settle on Earth, they want to conquer it… Ep. 7. The Blue Stone of Baradhi. Not only does this episode expand upon the SSSP’s global presence, it also introduces the very cool idea of Ultraman (or an Ultraman) having visited the Earth thousands of years in the past—embraced as a god. Ep. 8. The Monster Anarchy Zone. More than one giant monster inhabit this one, and the infamous Red King is chief among them. The episode also introduces the good creature known as Pigmon, a kind-hearted little guy that is just the sort of “monster” the Japanese seem to love. 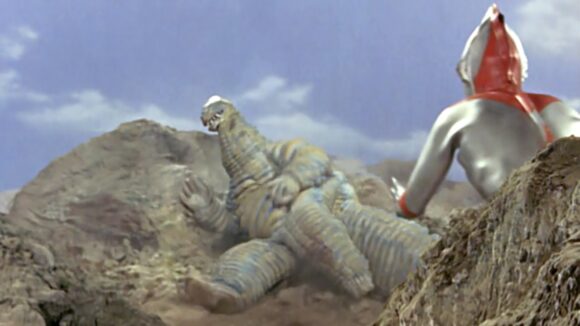 Ep. 16. Science Patrol Into Space. The title says it all—the SSSP fire up the Space VTOL to battle the returned (and still-creepy) Baltans. Aliens, outer space, Ultraman, giant monsters, possessed astronaut. That’s a recipe for success where kids are concerned. Ep. 19. Demons Rise Again. The creatures Banilla and Aboras remind me in some ways of the dueling brother-monsters Sanda and Gaira from War of the Gargantuas. That’s a good thing.

Ep. 22. Overthrow the Surface. This episode offered up something rare in an Ultraman series—Caucasian characters. These SSSP agents from the French branch of the organization added another worldly view to the show, and the focus on female agent Anne Morheim enhanced the underground-civilization-rising-to-the-surface storyline. 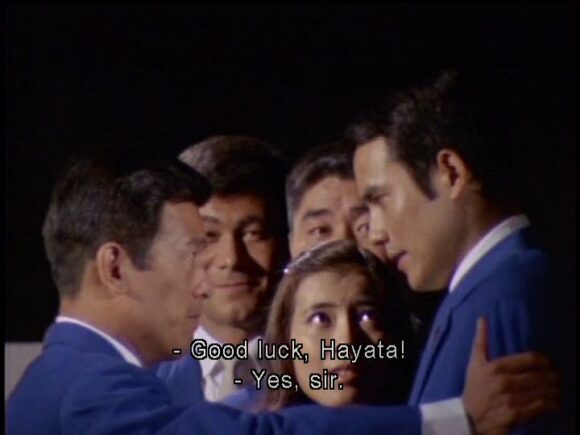 Ep. 24. The Undersea Science Center. I love underwater fiction stories and especially aquatic giant monsters, so this one is a big winner for me. Add in action-heroine Fuji in a scuba suit doing oceanic derring-do and there’s no way the episode wouldn’t land on this list. Ep. 33. The Forbidden Words. One of my most favorite entries. An alien won’t possess the planet until an Earth boy gives him verbal permission. The boy refuses and tension and terror ensues… including one of the best moments in any Ultraman series ever: Fuji transformed into a mindless giant, going all kaiju on the city. You have got to see this one. 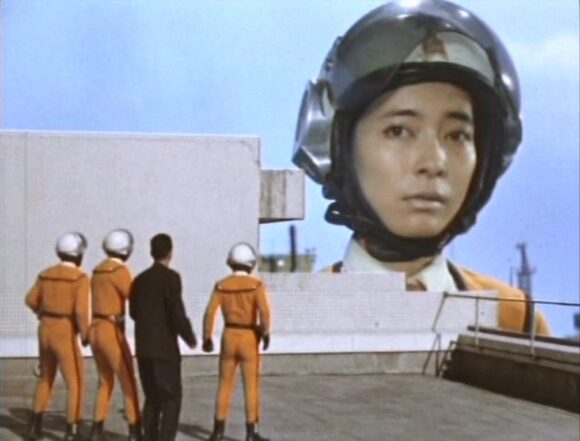 Ep. 35. The Monster Graveyard. Another incredible high concept: an orbiting “graveyard” of many of the giant monsters Ultraman’s defeated in the series. If that wasn’t enough, there’s also Seabozu, a creature that looks like a walking dinosaur skeleton. Yeah, I got ya there, didn’t I? 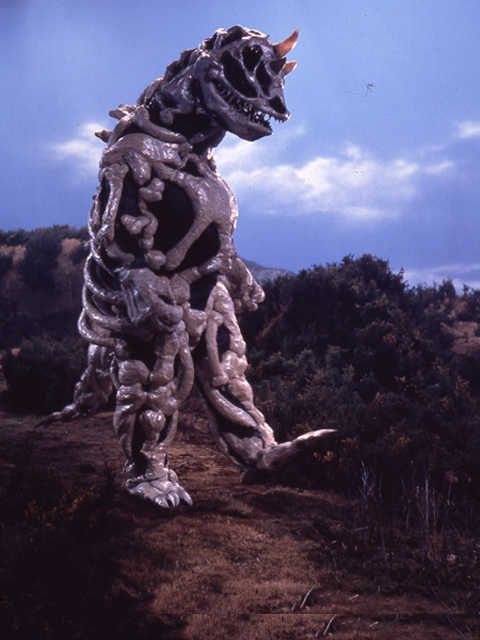 Ep. 37. A Little Hero. I write about this one in my book Rising Sun Reruns but suffice to say an element in it is something I’ve remembered all my life. It’s also an honest-to-goodness tearjerker. Bring tissues. I’m crying, you’re crying. Ep. 39. Farewell, Ultraman. Amazingly, the series has a literal end, and this is it, an episode that challenged our giant hero like never before and concludes the story of Hayata and his alien alter-ego. What a way to go-go. — 13 GREAT THINGS About BATTLE OF THE PLANETS. Click here.