We must be strong and brave… our home, we’ve got to save…

Columnist Jim Beard’s latest essay anthology is Rising Sun Reruns, about the many Japanese programs that became American hits, going back to the 1960s. To celebrate, Jim on Saturday brought you ULTRAMAN: The TOP 13 Grooviest Episodes of the Original Series (click here). On Sunday, contributor Ken Holtzhouser wrote 13 GREAT THINGS ABOUT BATTLE OF THE PLANETS (click here).

And now to wrap this three-day extravaganza, it’s Star Blazers, with a terrific piece by writer Laura Gjovaag. I have watched hundreds of science-fiction shows, ranging from silly to severe, but Star Blazers remains a solid example of the genre for me. The Japanese import — originally Space Battleship Yamato but carefully edited and re-named for American audiences — included many ideas that showed up in later shows. For example, long before Star Trek: The Next Generation, the Argo had a holodeck. In some ways it was well ahead of its time, while in other ways it was firmly grounded in the past.

It is an easy show to dismiss. It has many cringe-worthy moments and reflects the 1970s in both visuals and music, which is not always a good thing for those of us who lived through those lovely years. But despite its flaws, it actually does a pretty good job representing the whole science fiction genre.

Here are 13 science fiction tropes that a whole generation of children first saw on Star Blazers:

Great Theme Song. The very best shows have you humming along to the music, and with Star Blazers you could sing along quite easily. The theme song was rousing and the lyrics easy to remember.

Exciting Space Battles. Who doesn’t love a good fighter-to-fighter space clash? Star Blazers gave us the action with plenty of scenes of ships swooping and blasting and exploding. 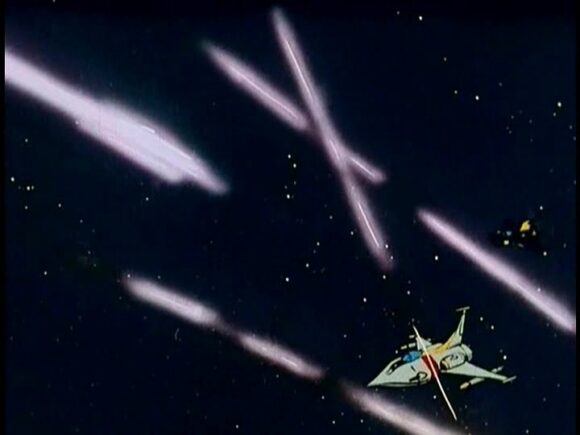 Impending Doom. The entire first season of the show was a countdown to the destruction of Earth, complete with an updated timeline at the end of each episode. The Argo must journey to the distant planet of Iscandar to retrieve the Cosmo DNA — a device that can remove the radioactivity that is destroying Earth. 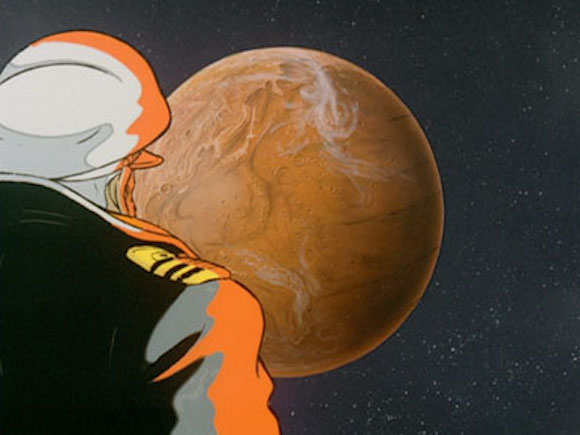 Magical Princess. The quest of the first season is to reach Queen Starsha, powerful ruler of Iscandar who just happens to be able to reach across time and space to sometimes help out our fearless crew. The Wise Mentor. Captain Avatar was the original mysterious wise mentor, with his rarely seen eyes and his gruff voice. His final fate resembled that of other wise mentors in science fiction. 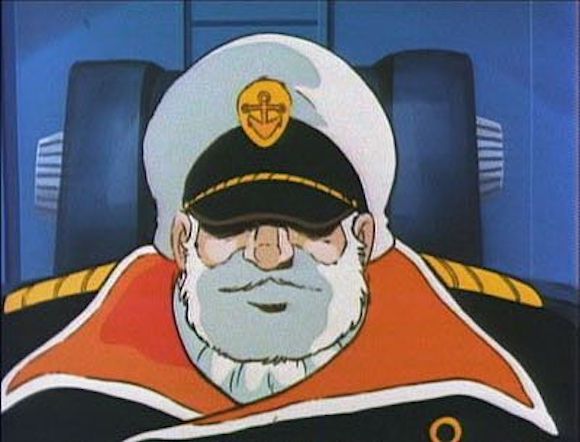 Death in The Family. In the opening episode we see Alex Wildstar sacrifice himself to let Captain Avatar escape, which sets up his younger brother Derek Wildstar to hate his new captain and mentor. 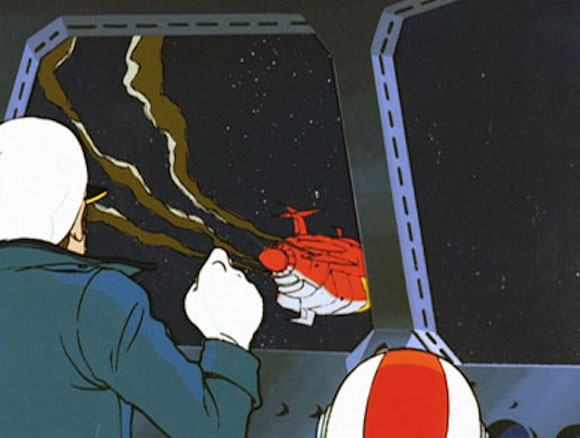 Best Buddies Who Fight a Lot. Derek Wildstar and Mark Venture are best friends who aren’t afraid to get into the occasional fist fight. Despite their brawling, they support and encourage each other throughout the series. 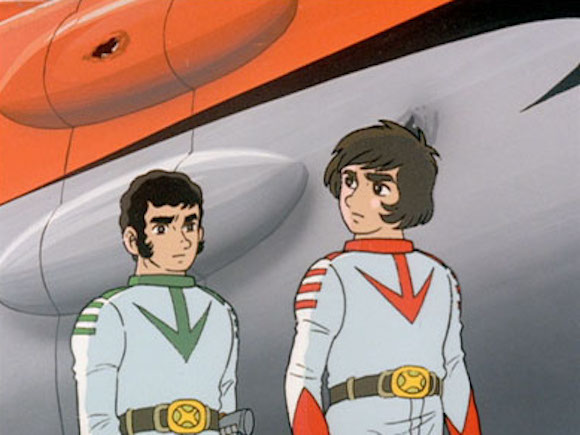 Beautiful Coworker. Nova, a sometimes nurse and the radar operator is a dead ringer for Queen Starsha’s sister Astra (who dies bringing a message to Earth). Naturally, Nova is the love interest of main character Wildstar. 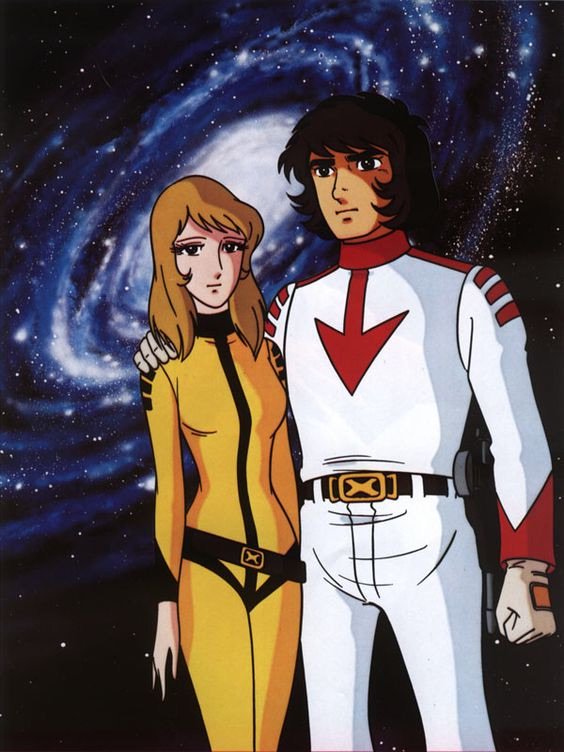 Suave Villain. Desslok, leader of the Gamilons, is the original elegant baddie, with impeccable style and a sense of fairness that sometimes seemed over the top. 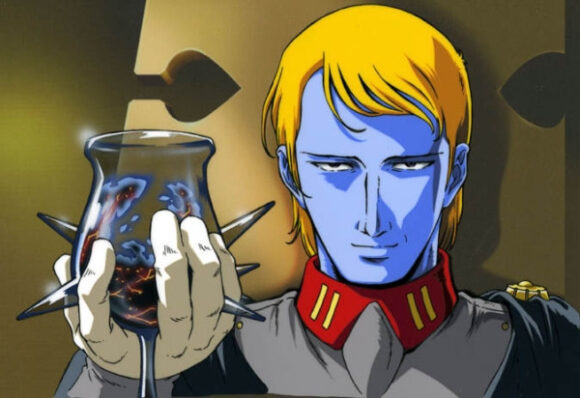 Snarky Robot. IQ-9 and his sidekick Dr. Sane are double trouble and comic relief. Their banter and antics lighten what could have been very depressing moments. 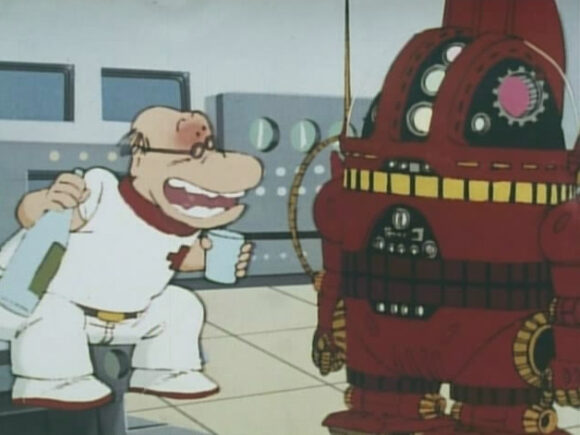 A Big Gun. The Argo has a lot of guns, being a warship. But it happens to have one really BIG gun, the Wave Motion Gun, which is powered by the same system that gives the ship its ability to travel faster than light. 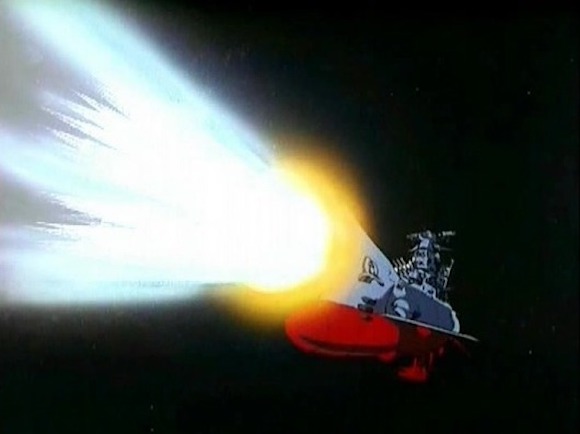 Faster Than Light Travel. The Wave Motion Engine gives the Argo the ability to cross light years on its way to Iscandar. The design of the engine was provided by Queen Starsha. 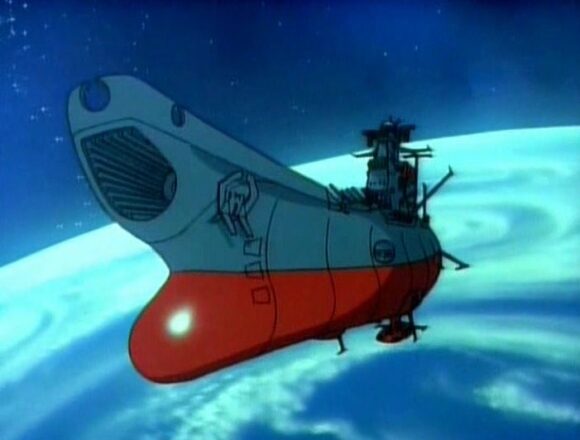 Alien Bees. The show was not without silliness, as seen in the 16th episode when the ship has to stop to find supplies and runs into a jungle planet populated by bee people who are in league with the evil Gamilons. 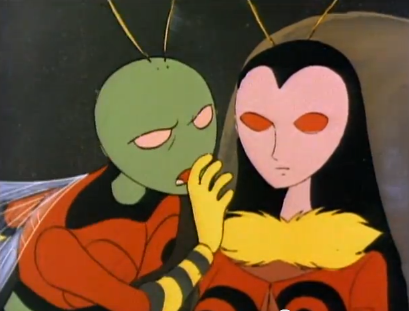 — 13 GREAT THINGS About BATTLE OF THE PLANETS. Click here.

A native of the Seattle area, Laura Gjovaag has moss on her north side and gills to breathe the rain. A lifelong science fiction and fantasy fan, she expects to someday die when her piles of books topple onto her. She’s currently exiled to central Washington state, where the rain is sparse, with her husband and cat. She’s worked as a writer for many years, including a stint as a reporter at a small town newspaper. Her love of gaming and comic books has become easier to express over the years as more women admit their own joy in games and comics, although she’s never been shy about letting people know about her fandoms.