13 GREAT THINGS About BATTLE OF THE PLANETS

Home » MOVIES & TV » 13 GREAT THINGS About BATTLE OF THE PLANETS 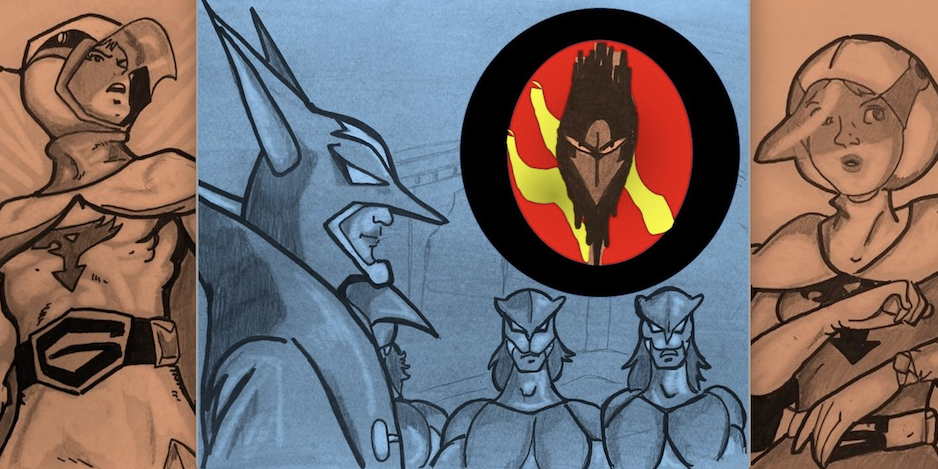 Columnist Jim Beard’s latest essay anthology is Rising Sun Reruns, about the many Japanese programs that became American hits, going back to the 1960s. To celebrate, Jim on Saturday brought you ULTRAMAN: The TOP 13 Grooviest Episodes of the Original Series (click here). On Monday, we’ll be featuring Star Blazers (click here).

In between, we have Ken Holtzhouser’s 13 GREAT THINGS ABOUT BATTLE OF THE PLANETS.

1978 was quite a year to be a child. The paradigm shift of Star Wars the year before changed everything in pop culture. Science fiction was everywhere in cinemas and on television, some utilizing the blueprint George Lucas laid down while most misunderstood why the movie was so successful. Star Wars, in my youthful eyes, was a mixture of science fantasy that merged the colorful storytelling of my beloved comic books with fairy tale simplicity. Star Wars was a fusion of genres and anyone who understood that combination reaped the reward. The glut of movies that followed, however, assumed that spaceships and ray guns were all you needed to be the next George Lucas. 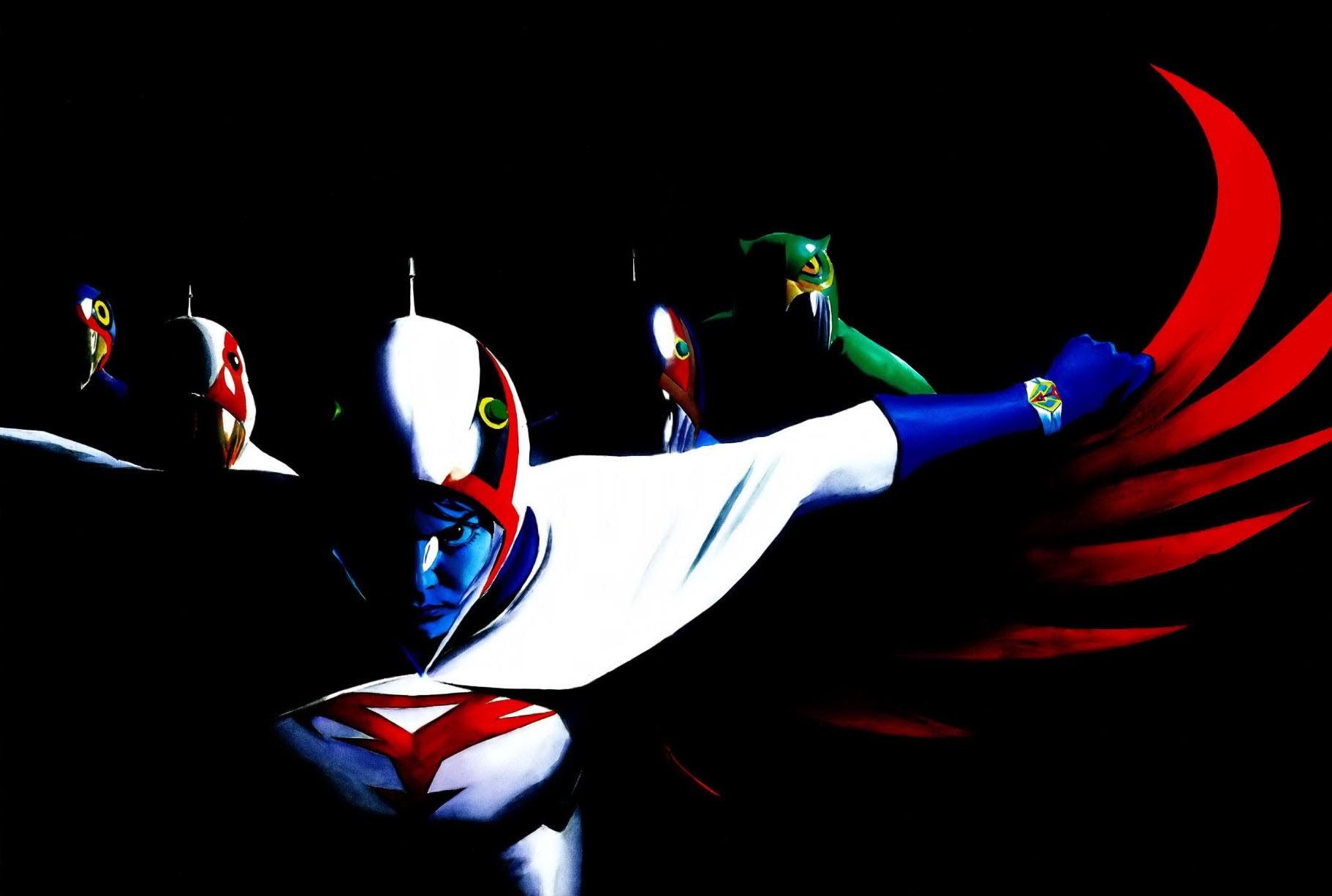 Animated television was also not immune to the Star Wars influence. My personal favorite cartoon of the time, Super Friends, suddenly featured despots from outer space, galactic upheaval, and a few very familiar laser swords (Lucas’ attorneys must not watch a lot of cartoons). While Super Friends’ blend of Star Wars and superheroics was a mixed bag, producer Sandy Frank had a Japanese import that hit the sweet spot for me — Battle of the Planets, which was adapted from Science Ninja Team Gatchaman.

The series featured G-Force, five superpowered young people who protect our galaxy from the evil forces from the planet Spectra! They each had bird-themed uniforms and an array of vehicles and gadgets to make them a top notch fighting force. I loved the show to pieces, so here are my 13 favorite components:

13. Outer Space Action. Space opera had suddenly become all the rage and BotP was positioned to give us kids plenty of interplanetary action. Funny, though, almost all the “planets” looked like other countries on Earth. Almost as if the “space travel” was just tacked on. Hmmmm…

12. Giant Monsters and Robots. Like most kids, I also grew up on a healthy diet of Godzilla movies throughout the ’70s so every giant monster or mechanical giant monster was much appreciated.

11. Spectra Goons. While not as instantly cool as Stormtroopers, the armies of Spectra looked pretty nifty; they had the look of predatory mammals as opposed to the avian adventurers of G-Force. Spectra was managed overall by a deeply weird looking interdimensional being called “Luminous One.” 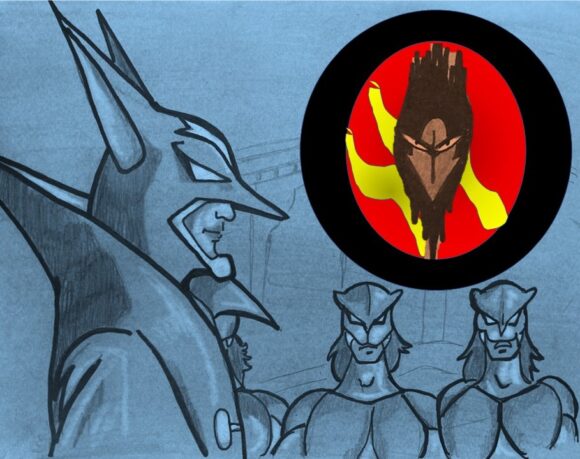 10. Keyop. Okay, I never quite understood Keyop. Was he an android (as his name and weird speech pattern suggested) or just a really odd kid? I was firmly aware that his main function on the show was comedy relief, but most action cartoons of the time featured similar characters, so I give him a pass. 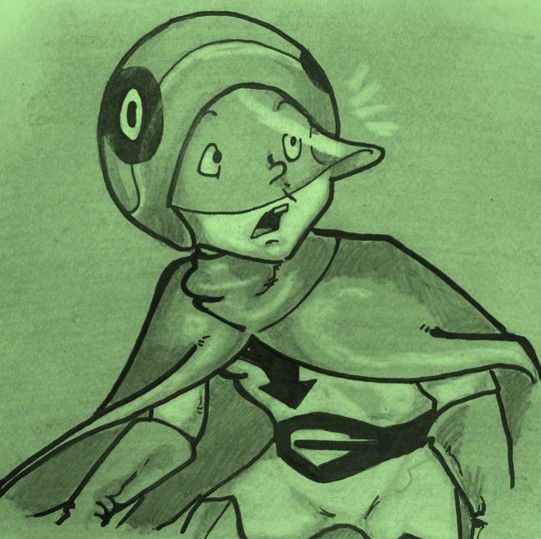 Illustrations by Ken Hotzhouser, except where noted

9. Tiny. Tiny, right. Because he’s… right. His function is just to be the pilot and offer further comic relief, but Tiny comes out just ahead of Keyop because his costume is cooler. 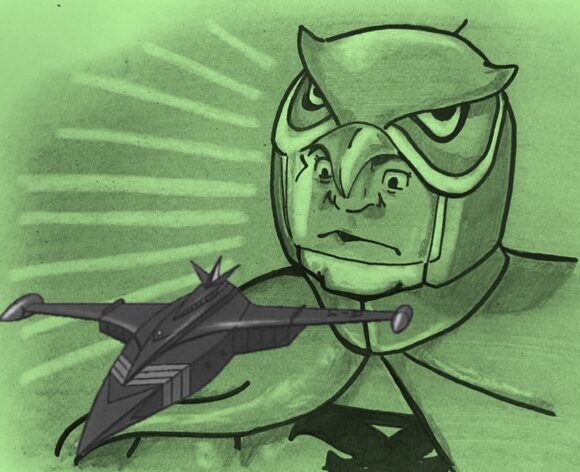 8. 7-Zark-7. Here’s the strongest link to Star Wars — the cute robot. Every science fiction property had one or would have one (see also Doctor Who’s best friend K9). 7-Zark-7 served a very important in-universe function of coordinating G-Force’s efforts from the undersea base of Center Neptune, and an equally important out-of-universe function in padding the stories and offering explanation for story beats that might be too graphic for sensitive viewers. Besides, he sounds like Alan Young. (Because he was!) 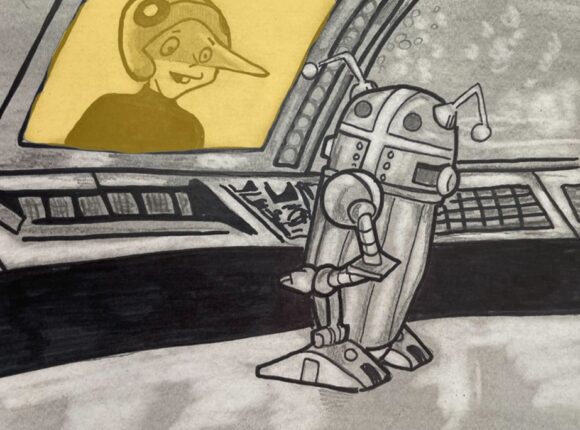 7. The Phoenix/Fiery Phoenix. What a spaceship! The Phoenix could split into separate component vehicles for our five heroes as well as combine into a sleek spaceship/airship. In times of dire need, often close to the last five minutes of an episode, it could become a burning spaceship called the Fiery Phoenix, which seemed to be indestructible.

6. Jason. Many of the kids at my school favored Jason, the “bad boy” of the group. Alas, I was never like that myself. I thought Jason was surly and oversensitive and always needling Mark. On the comic book rack, Wolverine was behaving the same way in the pages of X-Men, so what do I know? 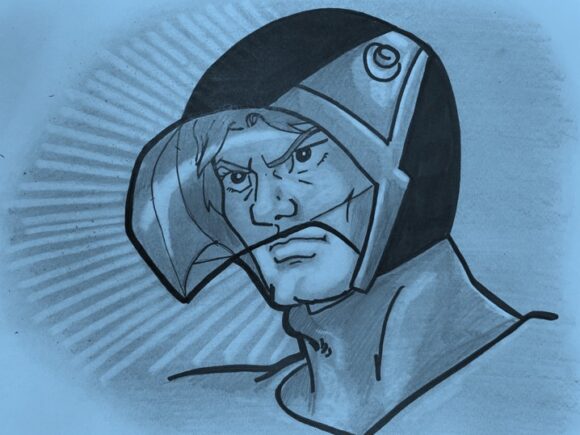 5. Princess. While lacking in characterization compared to, say Jason, she tended to be the “mother hen” of the group and looked out for everyone. If they were being good friends, they would have told her that her underwear is showing at least once an episode. Ah, Japan… 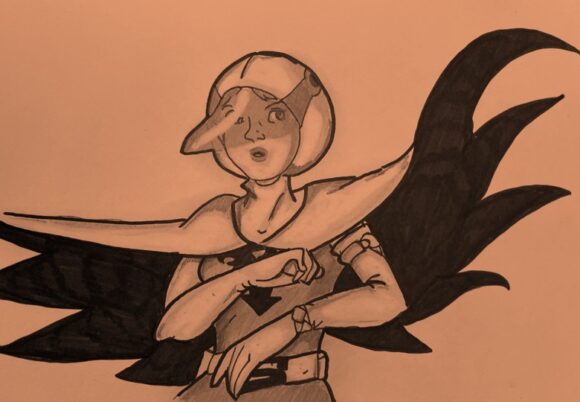 4. The Super Friends Connection. I’ve mentioned Super Friends a number of times and it’s not by accident. Starting off with legendary Hanna-Barbera composer Hoyt Curtin’s exceptional theme music (that’s like a far brassier and bombastic Super Friends theme) and the booming narration of William Woodson, audiences are on firm and familiar territory. Add veteran voice artists like Casey Kasem, Janet Waldo, Alan Young and Ronnie Schell and you’ve got a uniquely comfortable listening experience to match the exciting visuals. Plus, they’re superheroes!

3) Transmute! This might be specific to me, but I LOVE a good transformation sequence. In most cases, it’s filler animation to save costs, but the hero’s transformation creates a palpable sense of anticipation in me. When Prince Adam raises his sword, Billy Batson yells “Shazam!”, Clark Kent runs to the storeroom or Popeye eats his spinach, that’s when you know IT’S ON! The G-Force change over always makes them look cool. 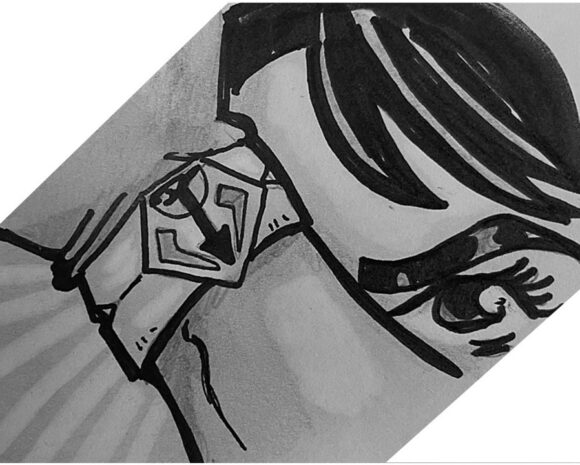 2) Mark. Okay, I’ll admit it, I go for the four-square heroic type characters that serve as team leaders. I like Cyclops better than Wolverine. I like Mr. Fantastic better than the Human Torch. I dig Mark the most. His costume is my favorite of the bunch — white with red and blue accents. Very heroic. Smooth conversational voice of Casey Kasem. Looks a little like a 1970s Speed Racer. 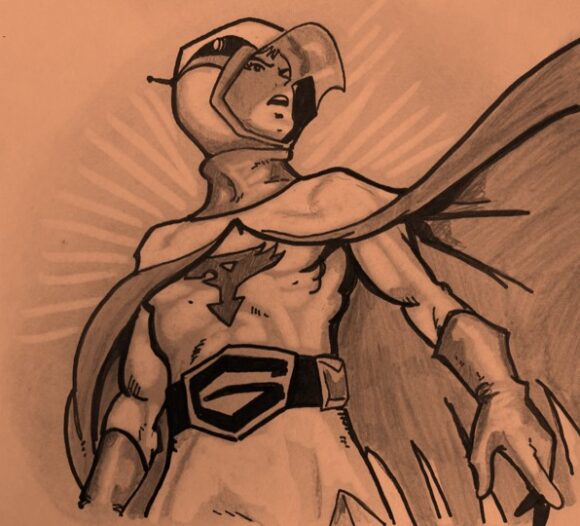 1) Zoltar. Oh man, where to start? The lesson that many of the Star Wars wannabes got wrong was not having a memorable villain to give your heroes a proper conflict. Conflict is at the very core of Zoltar! I learned much, much later that in the original Japanese cartoon, Zoltar was gender fluid. Sometimes a man, sometimes a woman. In this cartoon, I took Zoltar as 100 percent glam rock! The skinny, androgynous frame gave the “flying fox” style costume an instantly recognizable silhouette with a pointy, triangular cowl offset by ruby red lips. He somehow manages to look like Batman and the Joker at the same time! The masculine vocals of Keye Luke seem to be at odds with the visual and yet adds to the mystique of the character! 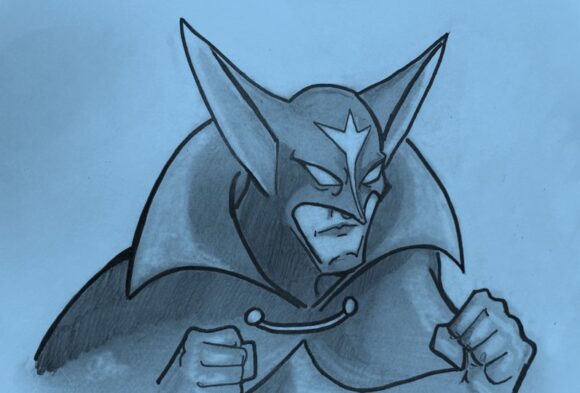