Boldly going into the past …

Tony Shasteen is back for our second Trek Tuesdays segment. The IDW Star Trek artist is walking us through the creation of his superb covers for Legacy of Spock, the new arc by Mike Johnson that kicked off with this month’s Star Trek #55. (You can read all about that here.) The four-part story is about new-timeline Spock’s search for a Vulcan colony as he reflects on his life and career.

Star Trek #56 is due in April, and Tony’s here with his commentary on how he created this excellent Five-Year Mission-inflected cover: 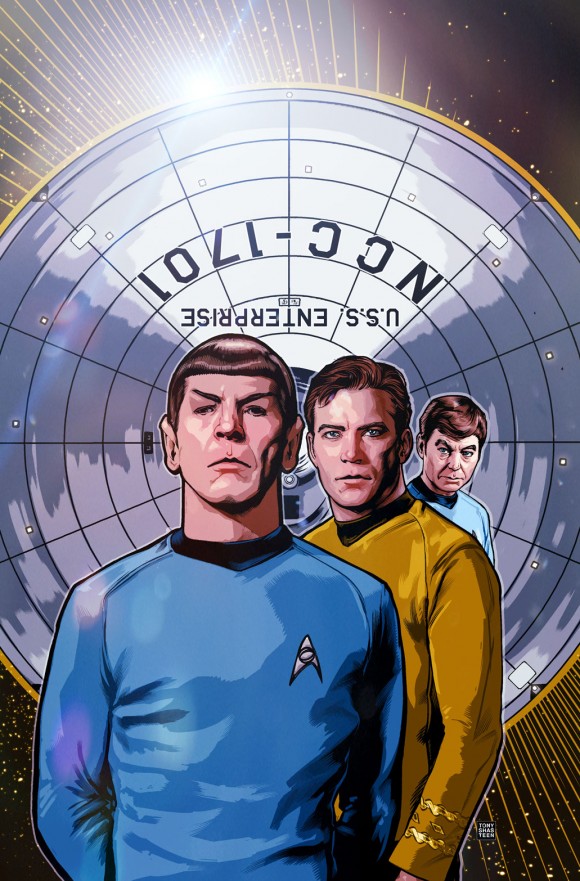 The original idea was to have elderly Spock reflecting back on his time with the original crew. Well, how do you convey thought and reflection in one image? I used the current timeline Spock image in deep shadow with a hard-edge light from New Vulcan in the background. This would tie the imagery from the first cover into this one. In the shadows of his mind you would see the old crew emerging.

There was a good bit of geeking out and giddy feelings about drawing the original crew on a cover. Like I mentioned before, Star Trek was part of my upbringing. I was about to get my chance to be a little part of that history. 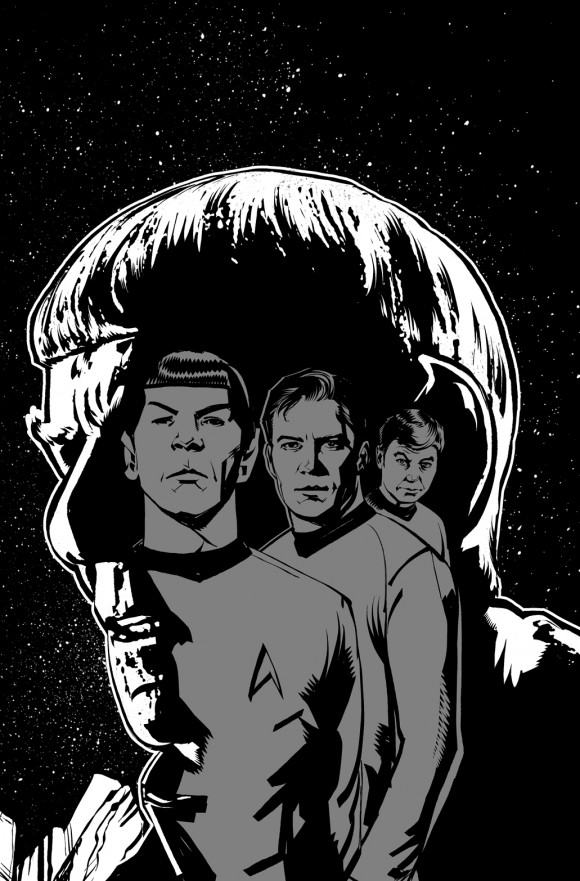 Notes came back that there was concern about how it would look in colors and that the crew looked like they were literally coming out of his head. My intention would be to use a complimentary color palette to separate the two.

Elderly Spock would be lit in a warm light of New Vulcan while his younger self and crew were lit in a cooler blue. Due to a tight timeline, the idea was eventually scrapped for a simpler version. Instead of elderly Spock’s head, I used the hull of the original Enterprise as a design element that we could tie into with the next cover. The light and the hull elements all pointed toward our main character, Spock. 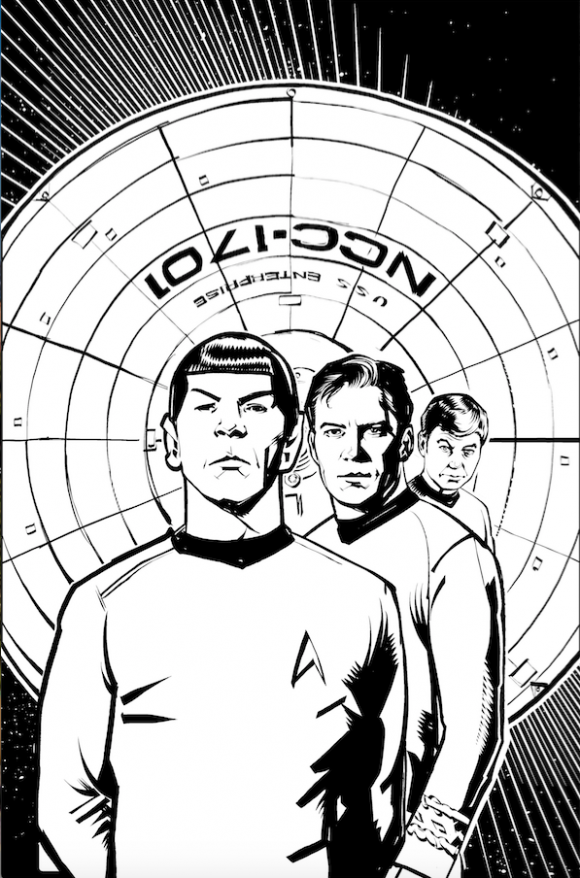 I finished the cover in the cool blues and warm yellows picked up from the uniforms. Sometimes something that simple will steer the direction of the entire color palette. With some tweaks to the hull lettering, the cover was approved. On to the next!

NEXT: Engaging with Capt. Picard …