FIRST LOOKS at Keaton Batman! Red Sonja! And some surprises!

The biggest news to come out of the NJ Croce booth was that the purveyor of bendables will be producing Star Trek figures later this year (click here).

But there’s more to talk about.

For starters, we got our first up-close look at Michael Keaton and the ’89 Batmobile (with miniature Batman). 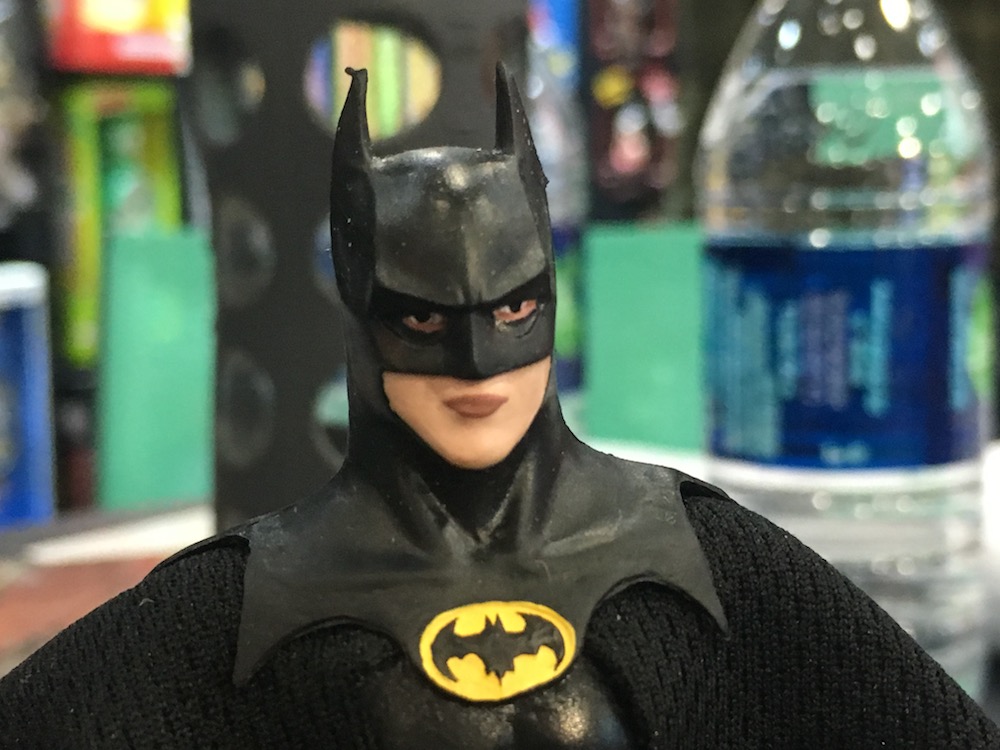 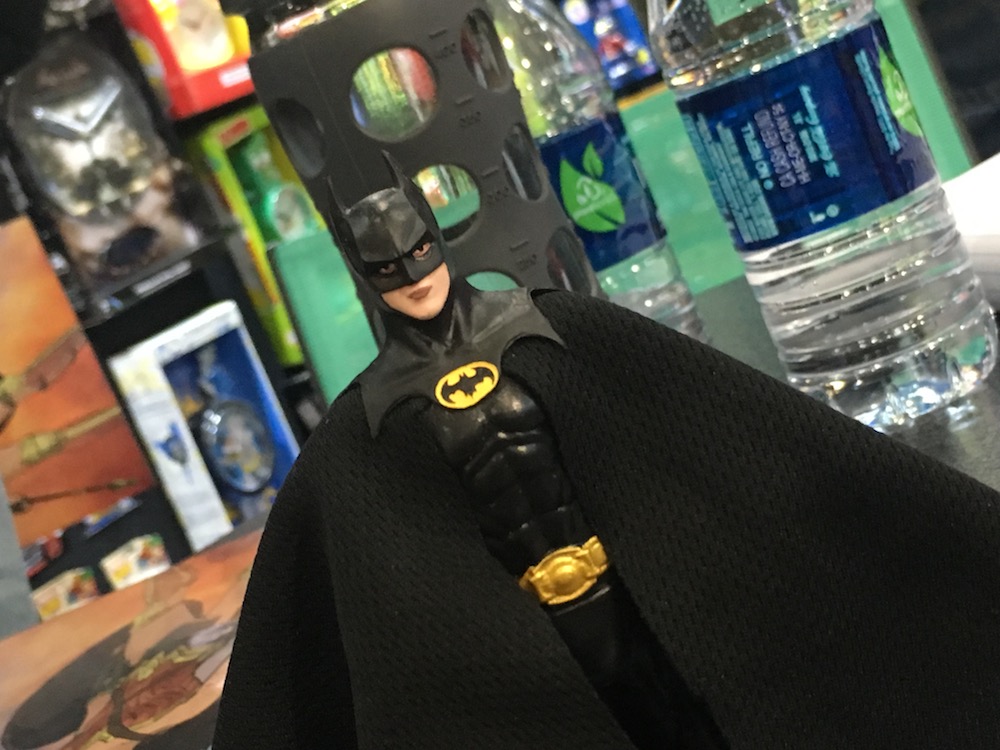 The company will also be continuing its superb Batman animated line with a two-pack of Batman: The Animated Series Batman and Robin. The company’s produced The New Batman Adventures versions in the 5-inch scale but not these original designs. (The BTAS versions were done in miniature last year with the Batmobile.) 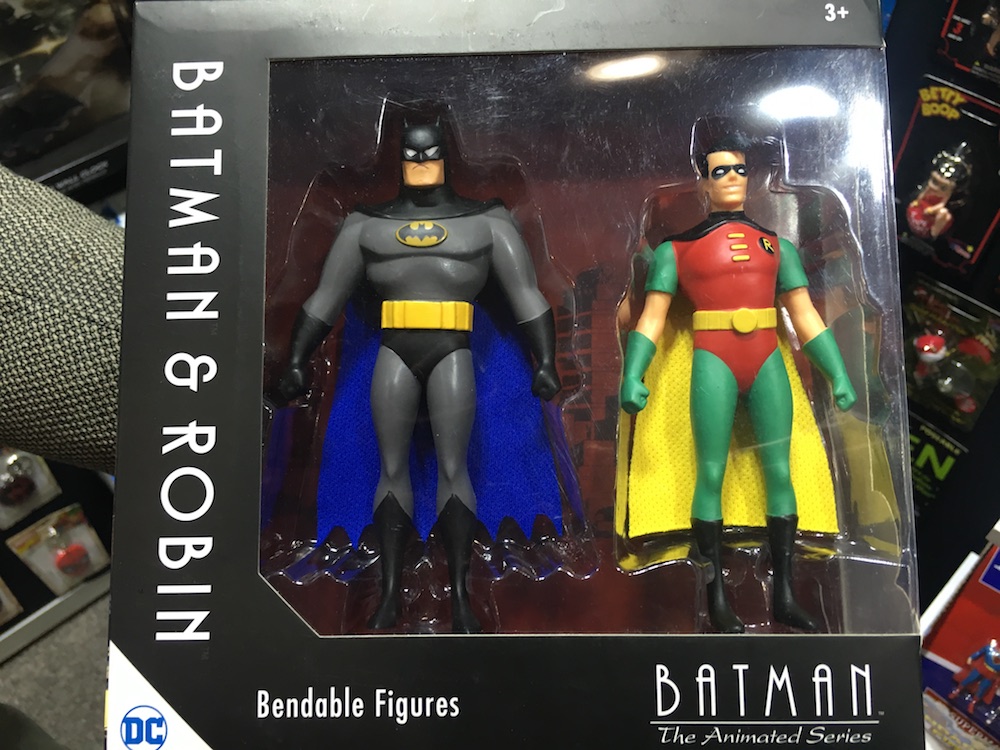 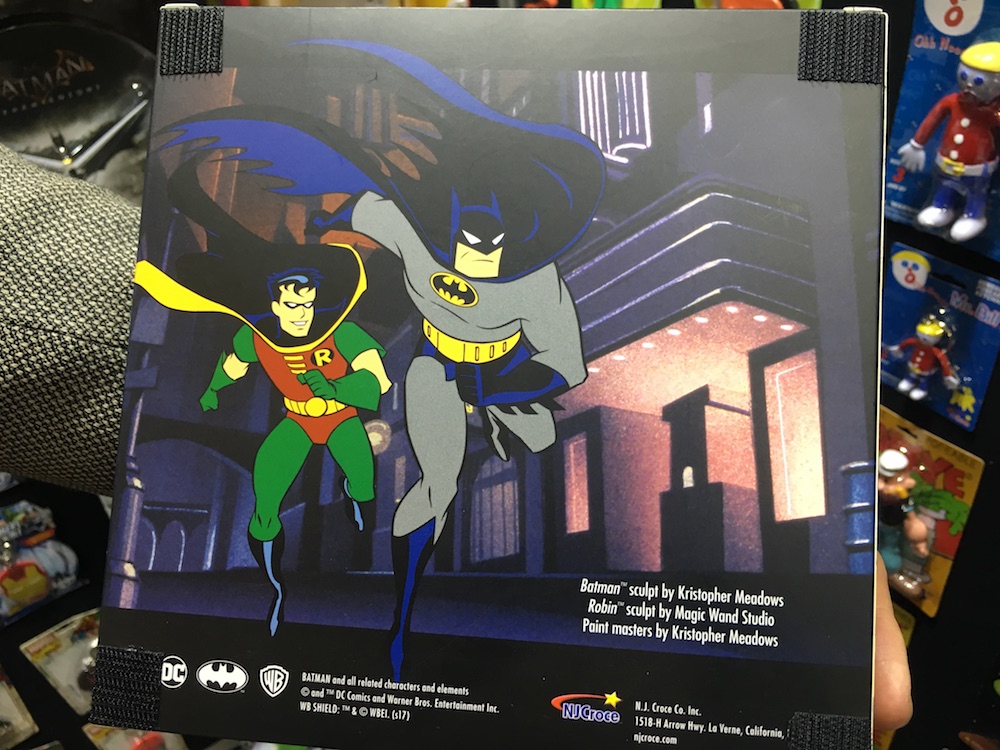 There will also be a new set featuring Batman, Robin, the Joker, Riddler and Zatanna all done in BTAS style.

On the Batman ’66 front, the Egghead boxed set will be out shortly. (More on that soon.) But that may do it on the ’66 figures line, though a Contaminated Cowl Batman variant is under consideration. (And I am so rooting for that.) 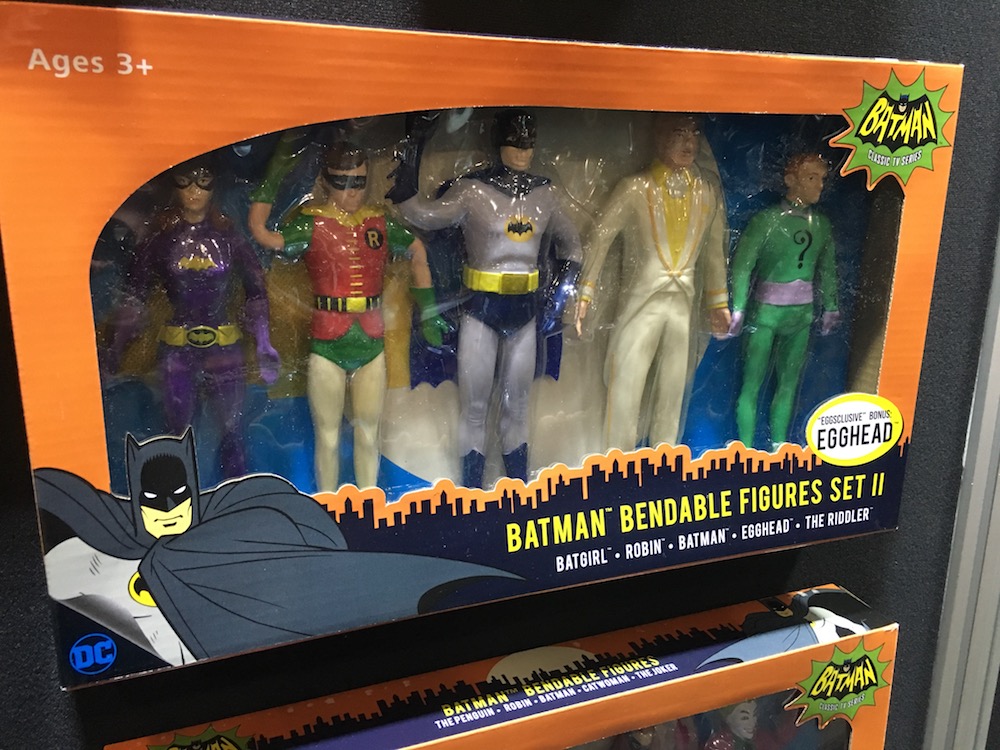 Speaking of variants, NJ Croce produced two prototypes in hopes of hooking up with one of the companies that produces subscription boxes, like Loot Crate. Animated Two-Face done up in classic comic-book style… 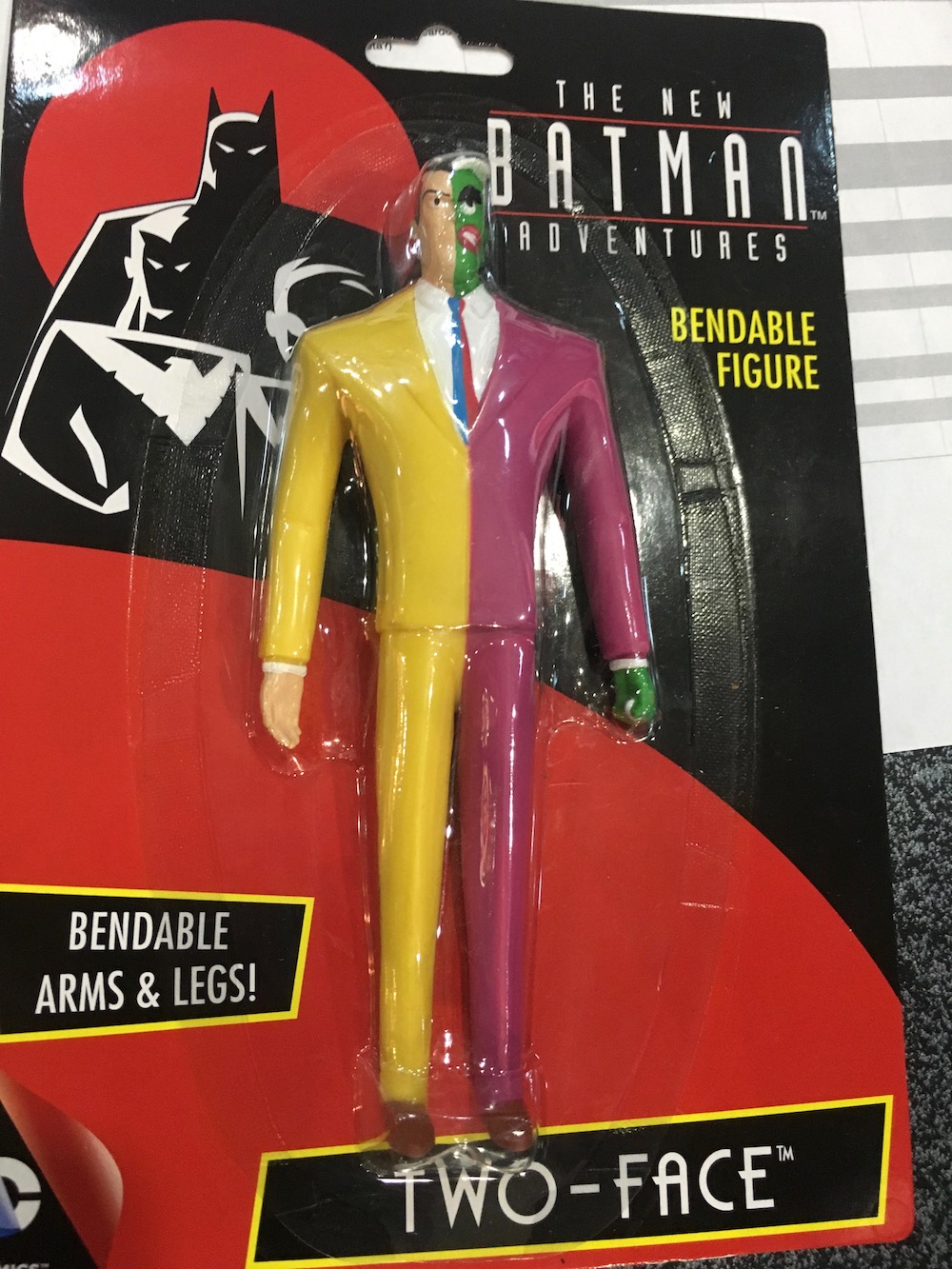 … and my favorite, a keychain red Batmobile — based on the Japanese tin toys from the early ’70s. Funko has had a lot of success with these blue, red and gold Batmobile variants and I would love to see NJ Croce go down that road, pardon the pun. 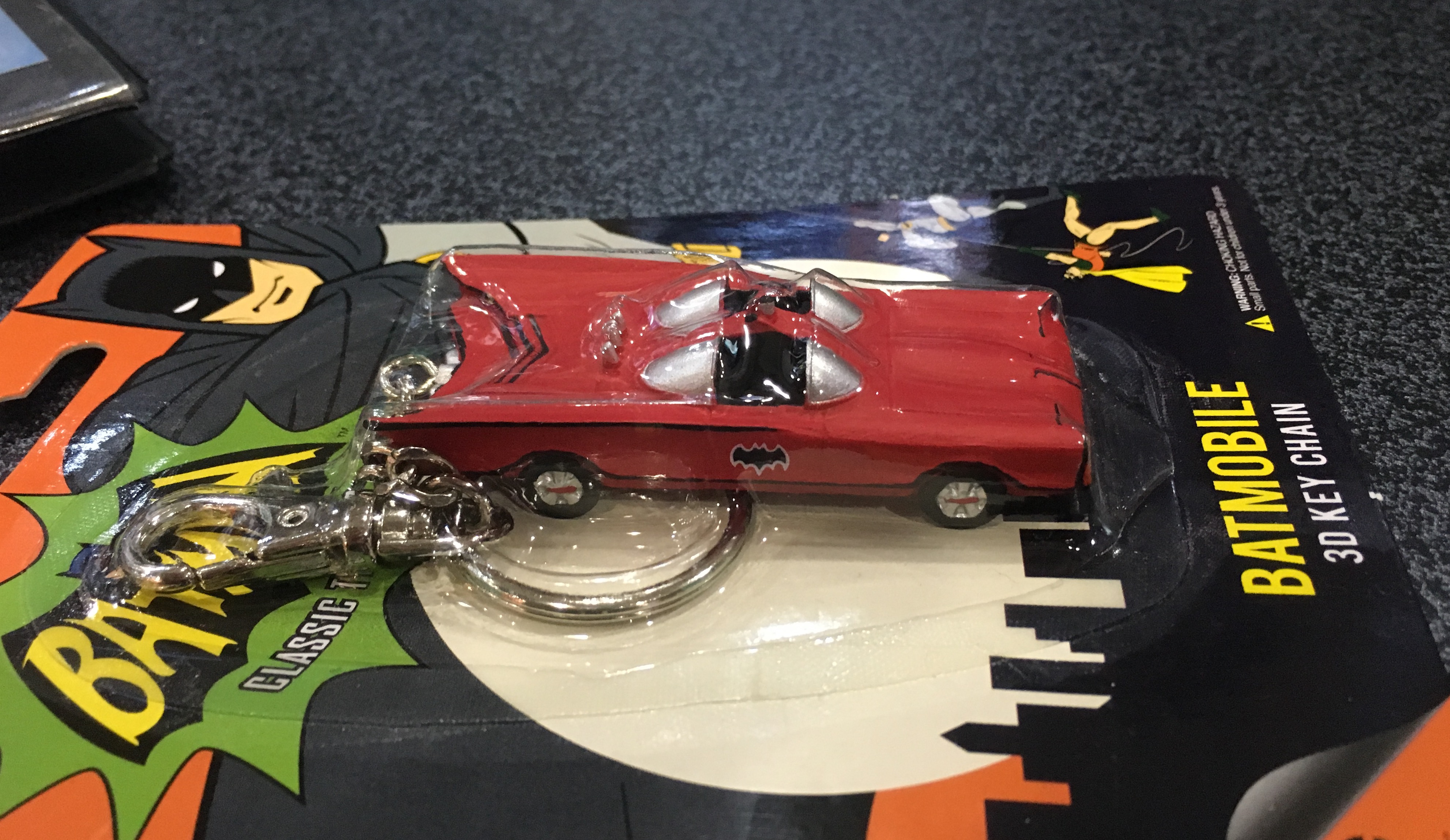 Other highlights include these first-looks: 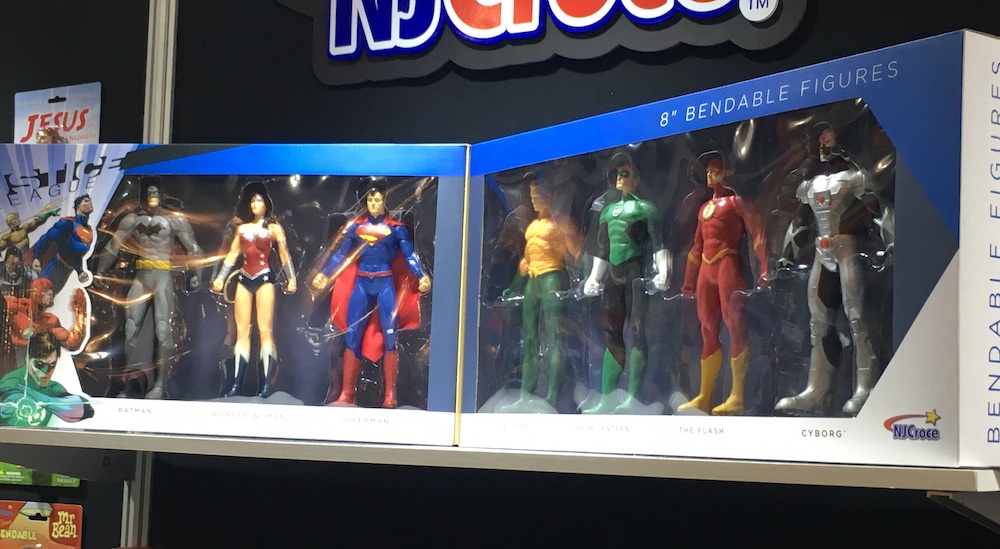 The outstanding 8-inch set. There will also be singles of Batman, Superman, Wonder Woman, Cyborg and the Flash. 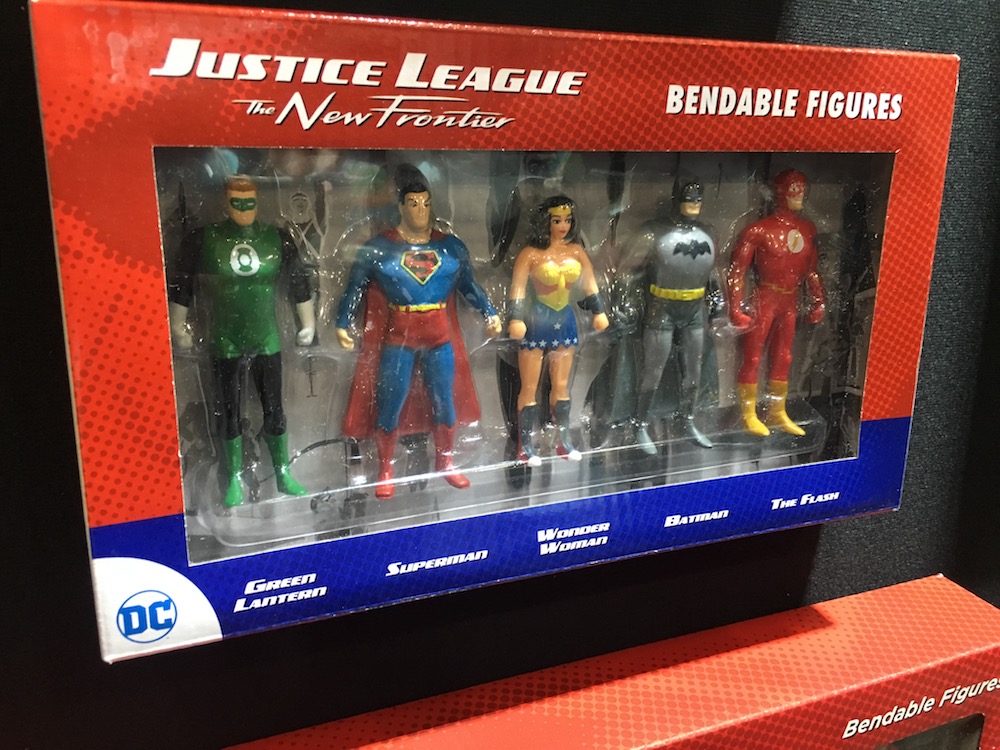 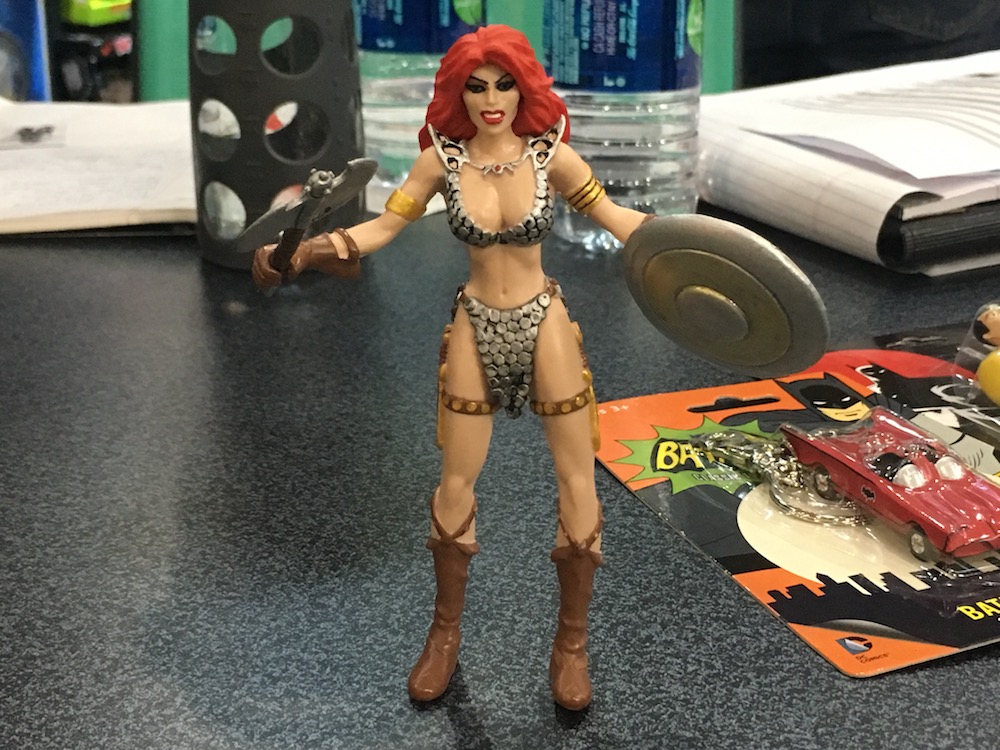 Keep an eye on 13th Dimension. We’ve got some reviews coming for you very soon!