EXCLUSIVE: How Jamal Igle created a chilling cover for the AHOY Comics hit… 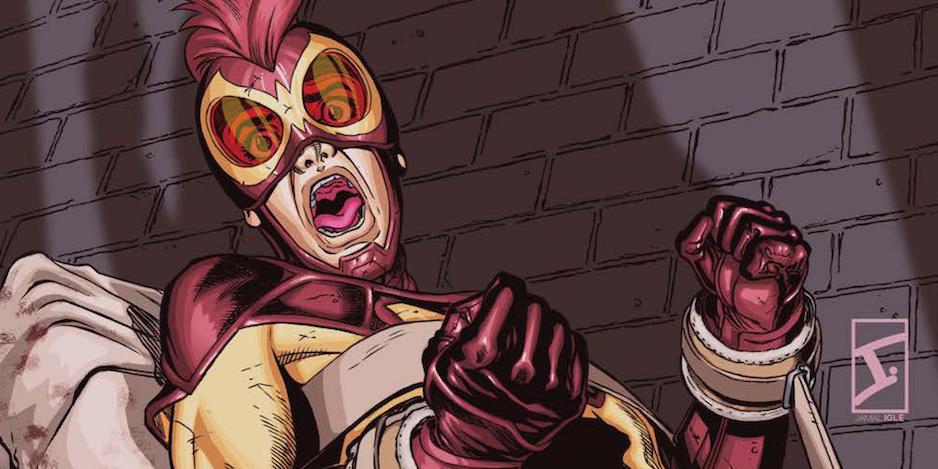 Dragonfly & Dragonflyman #4, by Tom Peyer, Peter Krause and Andy Troy, is out from AHOY Comics on Wednesday, Feb. 12 — so it’s time for another EXCLUSIVE cover commentary by Jamal Igle.

Again, following the lead of the previous issue’s cover, we focused on a single moment/world as opposed to the split cover motif of Issues #1 and @2. The cover brief from Tom was: Have Stinger-Omega strapped to a gurney in the Bughouse screaming, as the shadow of (REDACTED) falls over him. 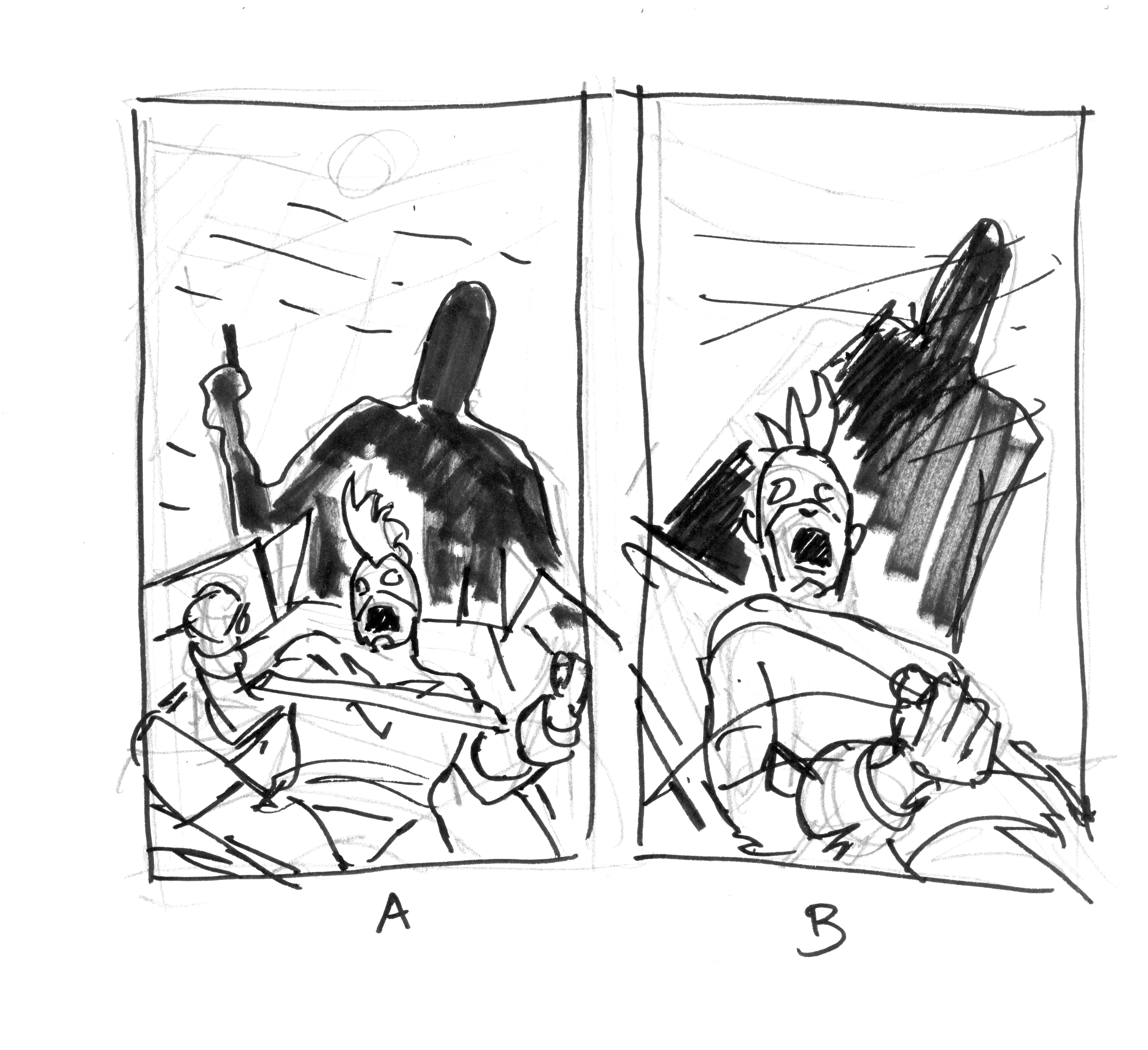 Again, I had multiple approaches but couldn’t decide which worked better. We decided to use the second version and we were off to the races. 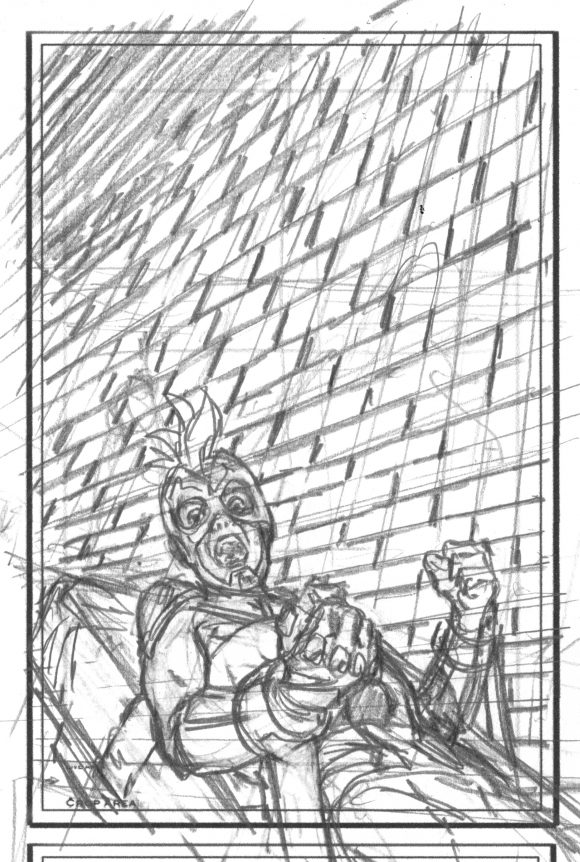 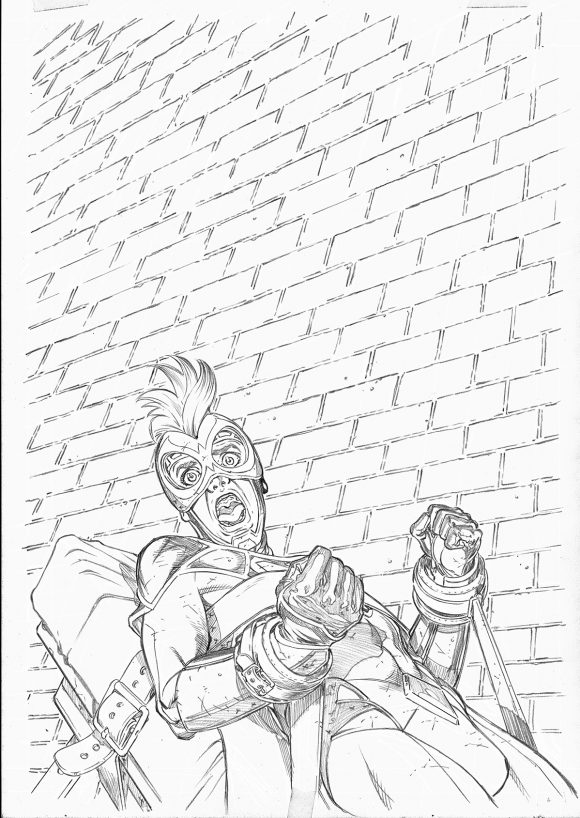 One of the things I wanted to do was use color much more to pull off the idea of the looming shadow falling over Stinger. That meant creating a separate shadow element in Manga studio and importing it into Photoshop rather than drawing the shadow into the original line art. 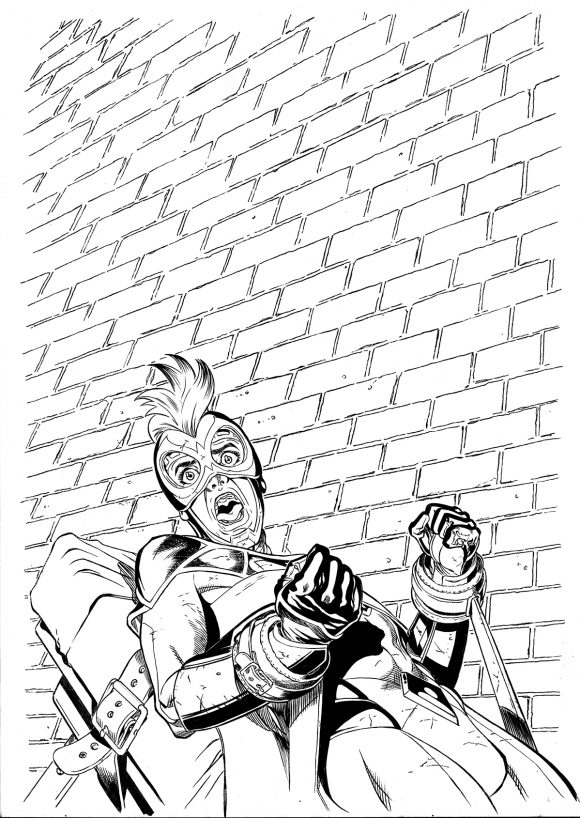 I decided to hand draw the brick pattern, while also omitting certain textures such as blood stains, opting to add them in color for a different effect. 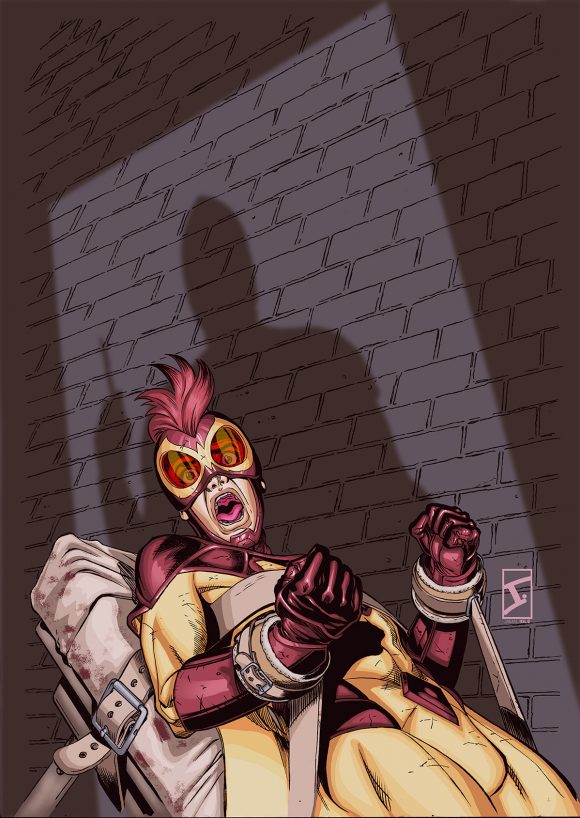 We still have another cover to go, but that gives you a bit more to look forward to, right? RIGHT?? 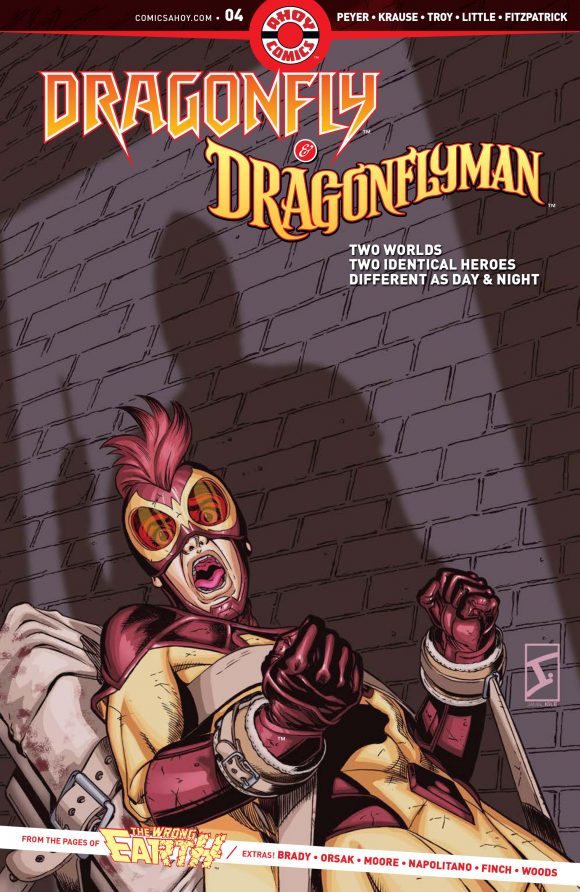