JAMAL IGLE on Creating the Cover For DRAGONFLY & DRAGONFLYMAN #2

EXCLUSIVE: The Wrong Earth co-creator takes you through the cover of the second issue of the AHOY Comics series’ prequel… 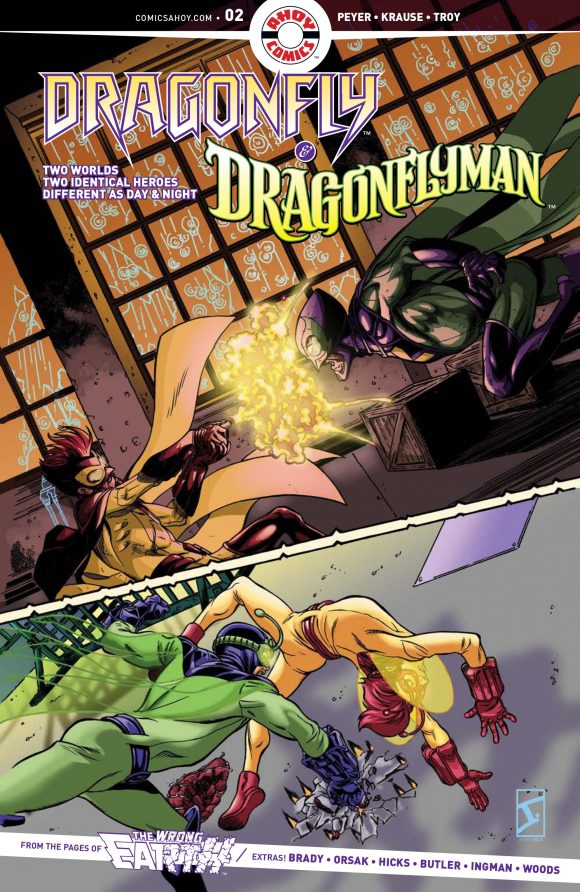 Dragonfly & Dragonflyman #2, by Tom Peyer, Peter Krause and Andy Troy, is out from AHOY Comics on Wednesday, Dec. 11 — so it’s time for another EXCLUSIVE cover commentary by Jamal Igle.

As with Issue #1, Tom’s brief was very simple: “Both stories feature a fight between Stinger and his brainwashed adult partner. Stinger-Alpha skillfully dodges Dragonflyman’s punches, while Stinger-Omega defends himself using his pocket flamethrower.” 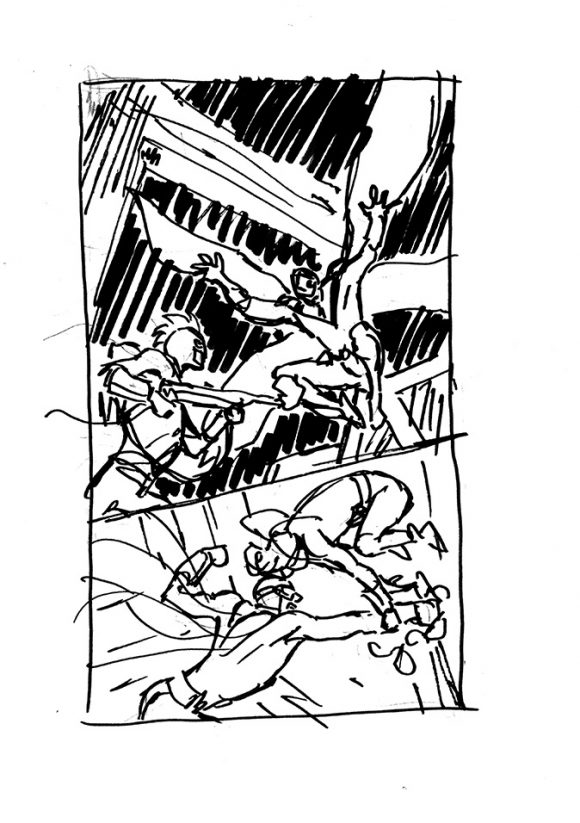 As you’ll see in the initial pass, there were a lot of changes between the sketch and the layout. Now, you’ll have to keep in mind that the sketch was approved. As I was trying to lay things out, I decided to change the positions of all the characters to make it more impactful. 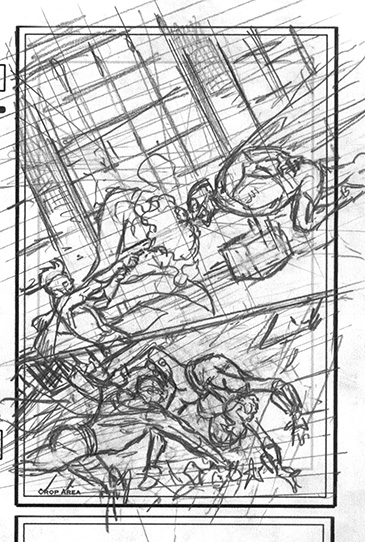 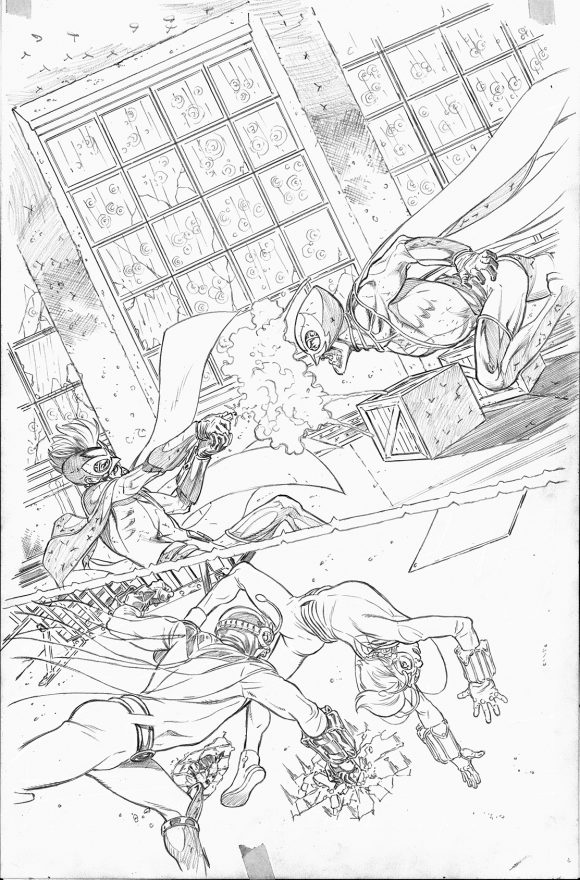 I wanted Dragonfly to be more menacing, with his Stinger standing toe to toe with his mentor. At the same time, I wanted Stinger-Alpha to seem to be more on the defensive and acrobatic. 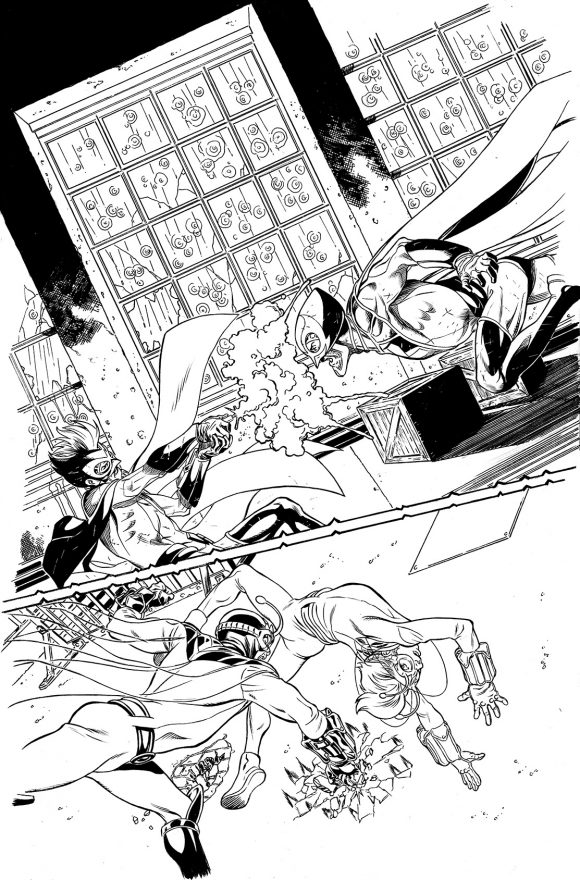 With the Earth-Alpha versions of the characters, I really wanted to emphasize the fluidity of the ink. Like last time, I wanted to invoke the work of Mark Farmer, but also inkers like Karl Kesel and Josef Rubinstein. 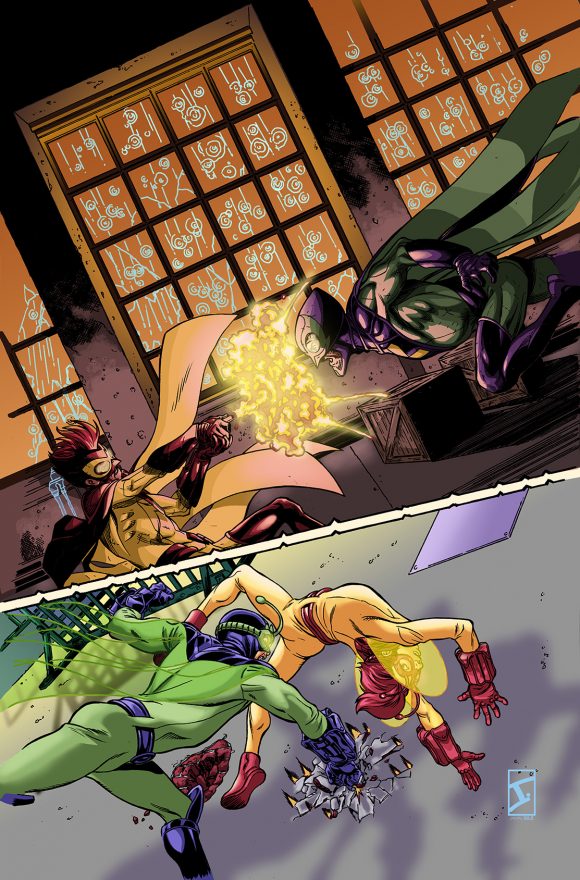