This spring, as you likely know by now, DC’s planning a run in Batman/Superman starring versions of the World’s Finest heroes based on the midcentury serial era.

The Caped Crusader and the Man of Steel battle adapted versions of the Wizard, Spider Lady and Atom Man to kick things off but things get downright cosmic by the time the story hits Part 3 in May’s Issue #18. 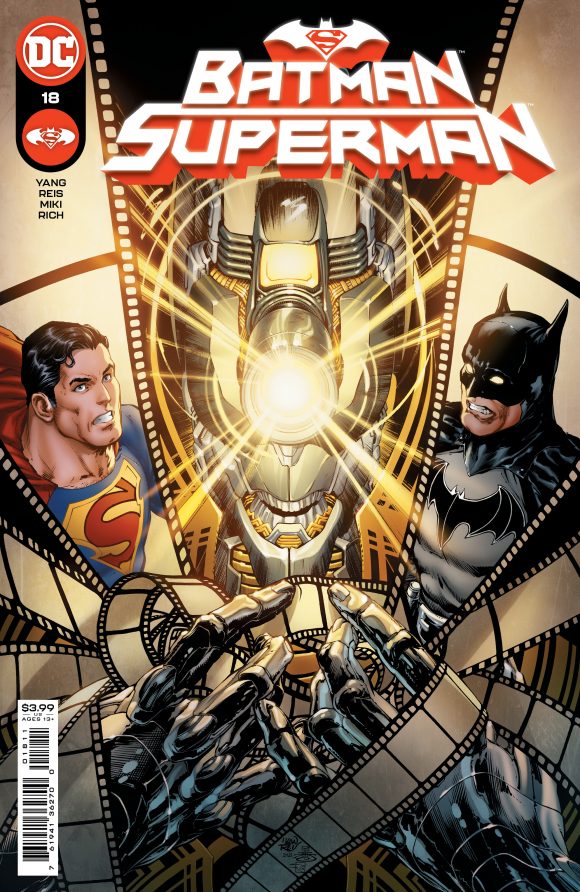 BATMAN/SUPERMAN #18
Written by GENE LUEN YANG
Art and cover by IVAN REIS
Card stock variant cover by SIMONE BIANCHI
ON SALE 5/25/21
$3.99 US | 32 PAGES | FC | DC
CARD STOCK VARIANT COVER $4.99 US
The Dark Knight and the Man of Steel are on a mission to stop the godlike Auteur.io from destroying the pocket worlds he’s created…but where on Earth did Auteur.io even come from? The answer starts not on Earth at all, but with an ancient cult of World Forger worshippers on a planet far away—and if our heroes are to have a prayer of stopping this mythic behemoth, they’ll need to get to the bottom of his power source, and quick! It’s a race against time as the parallel lives of entire worlds hang in the balance!

— Here’s that variant cover mentioned above: 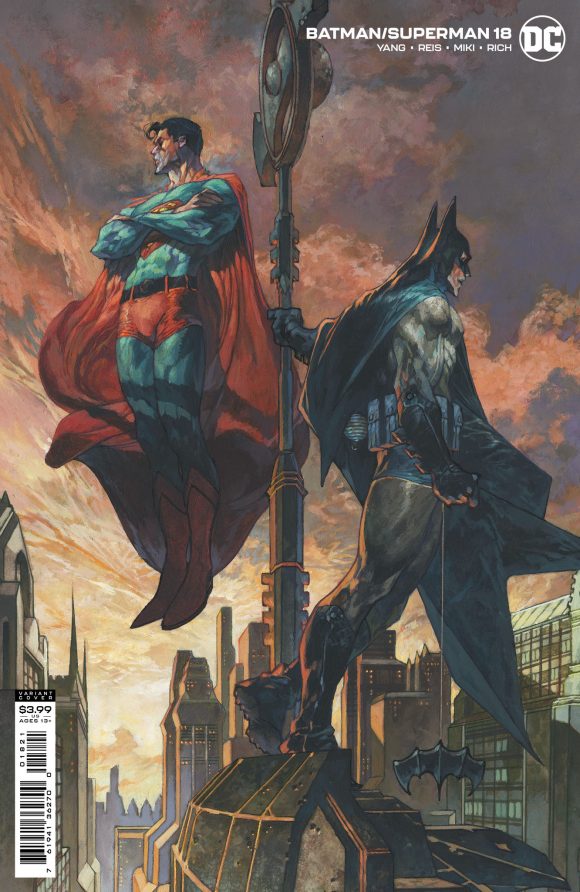 — Having not yet read a page of this, I’m really curious where this arc is headed. It looks like it’ll start out really pulpy and go full bore into cosmic sci-fi. I’m cool with that because A) the serialesque versions of the characters are central to the story and it’ll be interesting to see them encounter mysteries beyond their ken; and B) Gene Luen Yang is a helluva writer who also brought some surprising sci-fi elements into his superb Superman Smashes the Klan, which was inspired by the Man of Steel’s radio show.

— When all is said and done, don’t you want to see regular Superman and Batman titles starring the ground-floor versions of the characters? I do.

— DC Takes BATMAN AND SUPERMAN Back to the Days of the Serials. Click here.