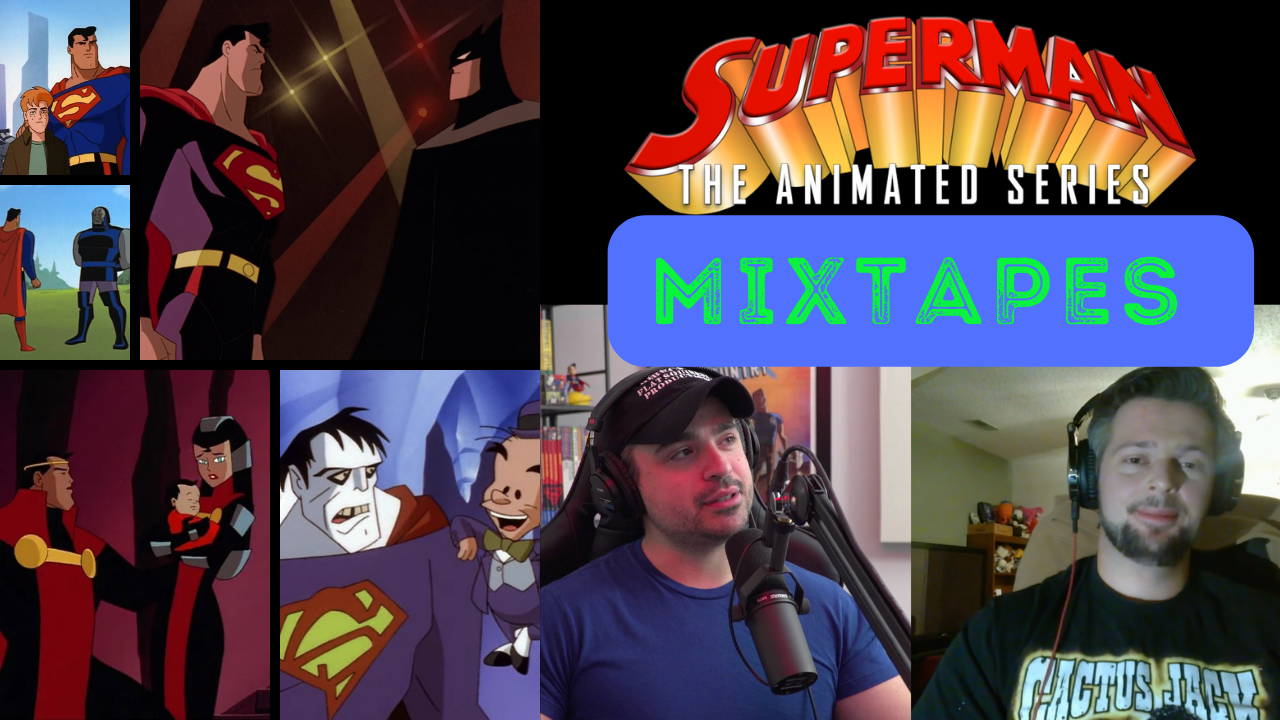 With Special Thanks to JEREMY FRUTKIN

Like many of my fellow children of the ’90s, I spent countless Saturday mornings and weekday afternoons watching Superman: The Animated Series, first as a standalone show and later as part of The New Batman/Superman Adventures (this is as good a time as any to remember that beautifully edited and scored opening montage).

I have always considered myself a fan of STAS, and its place in my Superman fan journey is undeniable. Darkseid’s fatal parting shot at the end of “Apokolips… Now!” Part 2, for example —  along with Superman’s subsequent, grief-fueled rampage against Darkseid’s tank — is forever seared into my brain.

However, I must admit that I didn’t fully appreciate just how effectively and timelessly the series encapsulated the Superman mythology until my current rewatch. Indeed, even in the wider conversations surrounding the DC Animated Universe, STAS always seems to get a bit lost in the shuffle, sandwiched between the groundbreaking Batman: The Animated Series and the epic, universe-spanning Justice League and Justice League Unlimited. 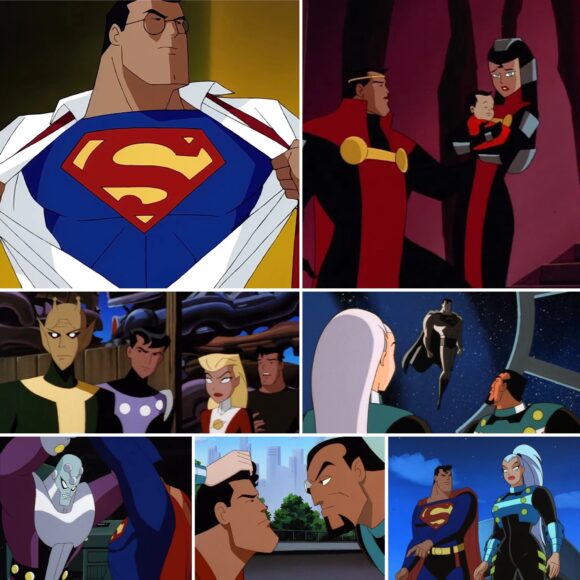 Upon the release of the 25th anniversary Blu-ray in the Fall of 2021, I decided the time was right to revisit the series — but with a little twist. Rather than rewatch all 54 episodes in order, I would create “mixtapes,” carving up (most of) the installments into a handful of categories revolving around a particular aspect of the series: Krypton, the Metropolis supporting cast, the DCU team-ups, the villains, and the New Gods.

This approach has given me a newfound appreciation for the entire series, bringing into sharper focus the ways in which Bruce Timm, Paul Dini, and company built out each corner of Superman’s world. Joining me for this rewatch project is my pal Jeremy Frutkin, who I have teamed up with on my podcast, Digging for Kryptonite: A Superman Fan Journey, for a five-part event looking back at STAS. 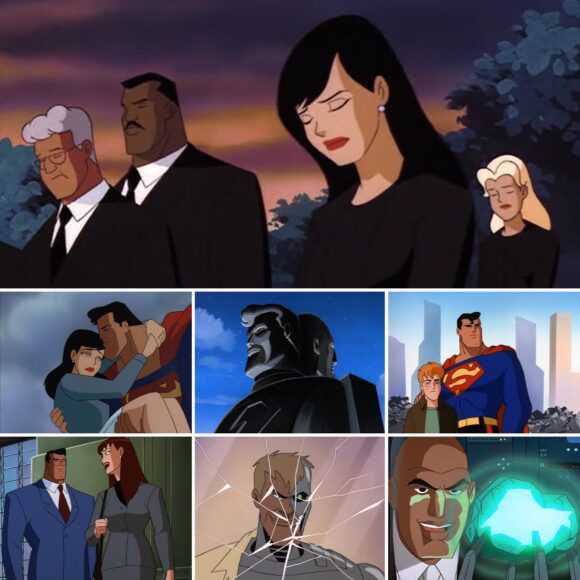 The finale is available Feb. 2 – and you can click here to listen to both it and the previous installments.

Meanwhile, we have selected and ranked our 13 favorite episodes from the series. One caveat (a potential cheat, even): We have elected to treat multipart installments as a single entry.

Here are our TOP 13 SUPERMAN: THE ANIMATED SERIES EPISODES — RANKED:

13. Superman’s Pal. Jimmy Olsen gets the spotlight and learns that being dubbed “Superman’s Pal” can be a double-edged sword. When Superman needs an assist fighting Metallo, Jimmy rises to the occasion, proving he’s worthy of the moniker and earning the iconic signal watch by episode’s end. 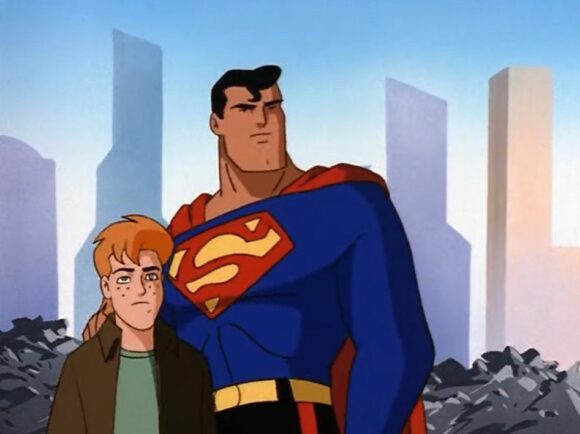 12. Heavy Metal. Full disclosure: Steel is one of my favorite Superman supporting cast members, and I’m even on record defending the 1997 Shaquille O’Neal movie. Here, John Henry Irons first dons the Steel armor and proves himself to be a valuable ally when Superman (once again) requires a bailout against Metallo. Alas, Steel does not reappear until JLU, but he was a welcome addition while he lasted. 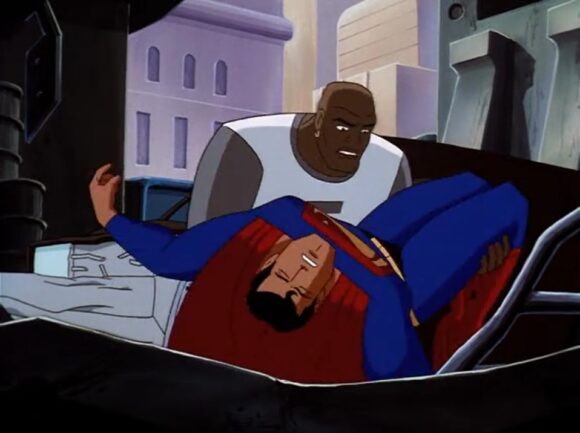 11. Stolen Memories. One of the series’ most clever twists on the traditional mythology is its repositioning of Brainiac as a Kryptonian A.I., tying his origin to Kal-El’s. Their first meeting not only reveals more to Superman about his homeworld, but it also makes a valid argument that Brainiac is his true archnemesis in this series. 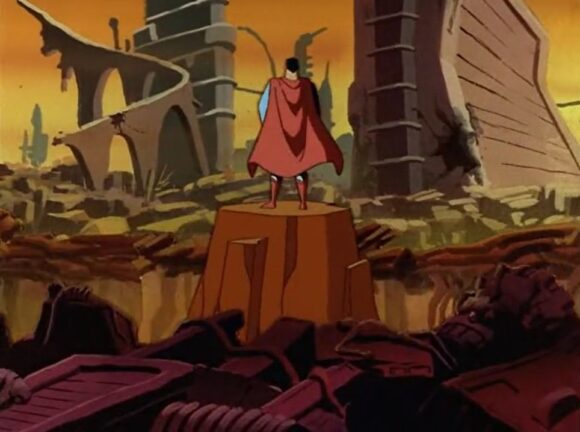 10. New Kids in Town. This late-in-the-series episode takes us back to the Smallville-era Clark we originally met in the pilot, where we see his burgeoning abilities inspiring a bit of an arrogant streak. Enter a time-traveling Brainiac and the Legion of Super-Heroes in hot pursuit, and the result is a much-needed lesson in humility for the future superhero — not to mention a standout moment of Jonathan and Martha getting in on the action against Brainiac. 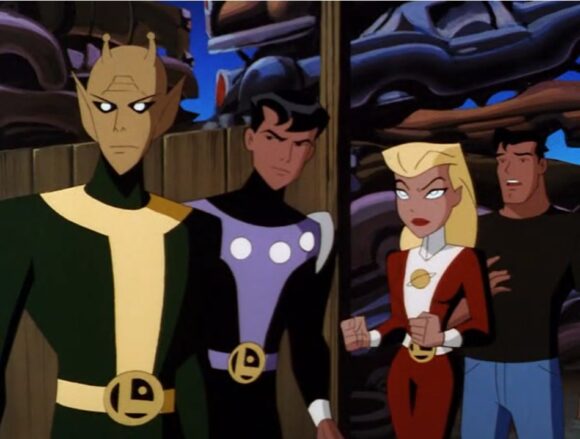 9. Identity Crisis. Much has been said in praise of Tim Daly as Clark/Superman, Dana Delaney as Lois, and Clancy Brown as Lex — justifiably so — but is any vocal performance as delightfully inspired as Daly pulling double duty as Bizarro? The episode also strikes an artful balance between comedy and tragedy, culminating in the twisted doppelganger revealing his heroic heart as he (seemingly) sacrifices himself to save Lois. 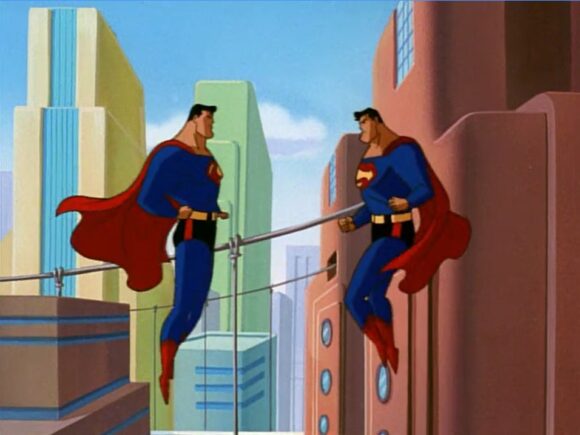 8. Knight Time. Perhaps the most humorous episode of the series takes Superman to Gotham, where he stands in for the MIA Batman and must acclimate to his fellow crimefighter’s world. Honorable mention: If we’re talking about humor on the series, we cannot overlook Bizarro mistaking a doorman for Jor-El, aka his “Dada,” in “Bizarro’s World.” 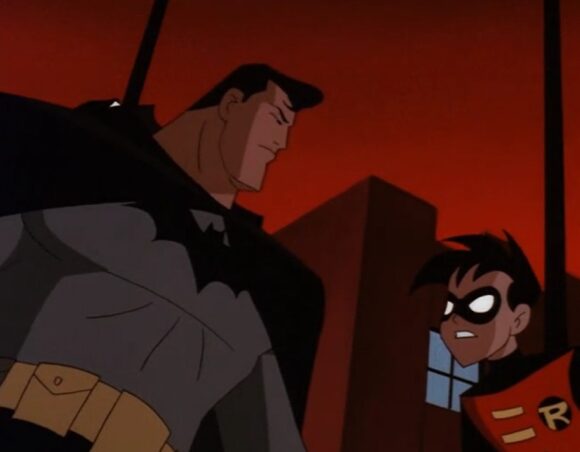 7. Little Big Head Man. Together with “Identity Crisis,” “Mxyzpixilated,” and “Bizarro’s Word,” this episode completes a stellar quartet, as Mxyzptlk’s story intersects with Bizarro’s. In the end, it is Superman taking an energy blast meant for his misguided clone — and extending his hand in friendship, forgiveness, and understanding — that shows the Man of Steel at his inspiring best. 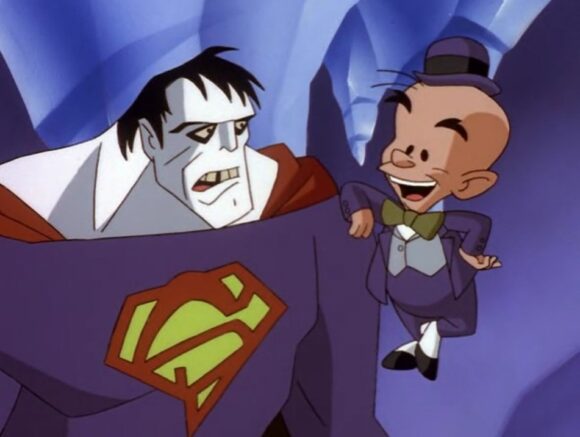 6. Brave New Metropolis. In a post-Kingdom Come, pre-Injustice world, this alternate reality episode imagines what would happen if Superman lost Lois, taking him down a dark, authoritarian path — but with room for redemption. 5. The Last Son of Krypton, Parts 1-3. The effectiveness of the three-part series premiere cannot be overstated. At once sweeping and grounded, it shows the audience where Superman comes from (both physically and emotionally), introduces the supporting cast, and lays the foundation for future adversaries in Brainiac and Metallo. This telling of the origin also borrows from the best (in this fan’s opinion) of the Superman mythology, including the Golden Age’s more modest power set, the Silver Age’s warmer, more colorful Krypton, and the post-Crisis era’s still-alive Kents and evil industrialist iteration of Lex Luthor. 4. Legacy, Parts 1-2. The entire “New Gods saga” spanned eight episodes across three seasons and provided STAS its most dramatic and action-packed arc. The devastating series finale sees a brainwashed Superman leading the forces of Apokolips against Earth. In a bittersweet echo of the series’ beginning, Superman saves the day, but the public trust he has enjoyed since his debut in Metropolis is now lost. 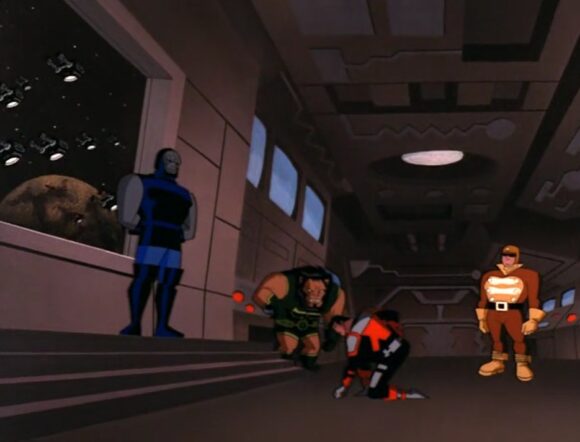 3. World’s Finest, Parts 1-3. The first meeting of the DCAU’s Dark Knight and Man of Steel is a master class in structure and pacing, merging the two heroes’ worlds seamlessly and prioritizing character over plot. The event neither paints Batman and Superman as fast friends (chums, as it were) nor puts them at each other’s throats. Rather, we see their initial differences over crimefighting approaches give way to mutual respect, with the added wrinkle of a romance between Bruce and Lois further complicating matters. Bonus points: The three-parter wisely pits them against the big guns, aka Joker and Luthor, and not, shall we say, Magpie. 2. The Late Mr. Kent. With its noir tone, ticking clock, and focus on Clark the reporter, this episode stands as the most compelling single-episode story of the entire series. 1. Apokolips… Now! Parts 1-2. The stakes are never higher than when Darkseid finally invades Earth, but it is his killing of one man — the SCU’s Dan Turpin, modeled after New Gods creator Jack Kirby — that packs the biggest wallop. An unexpectedly dark twist for a Saturday morning kids cartoon, it reminds both Superman and the audience that victory often comes with a price. Turpin’s death-by-Omega Beam also allows for a rare moment of pure rage from the Man of Steel, revealing another shade of his humanity and fallibility. Anthony Desiato is a documentarian, podcaster, and lifelong Superman fan. He hosts the podcasts Digging for Kryptonite and My Comic Shop History, available on most major podcast platforms. His most recent documentary film, My Comic Shop Country, is out now on Amazon, Apple TV, and CuriosityStream. Visit Flat Squirrel Productions for more.

For his Digging for Kryptonite episodes on STAS, click here.