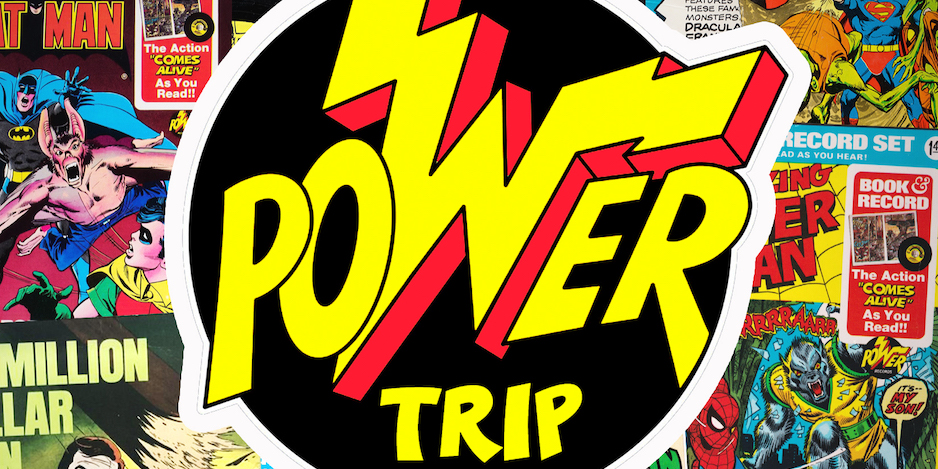 Back in February, we told you of Jason Young’s latest nostalgia book — Power Trip, a colorful history of Power Records, the ever-entertaining adventure LPs and 45s from the ’70s.

13. Songs and Stories About the JLA. Anyone who’s ever heard the Metamorpho song can attest to it being an earworm. This is one I never knew existed as a kid but was happy to find as an adult. 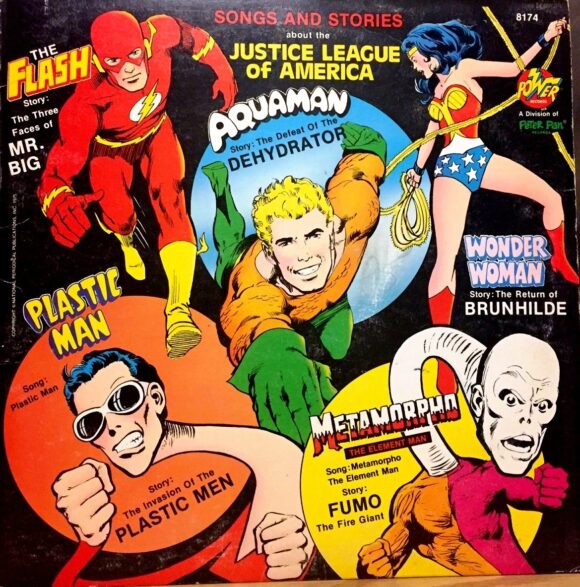 12. A Story of Dracula, the Wolfman and Frankenstein Book and Record. While I’m not particularly crazy about the cover art here, the actual comic inside is incredible. A dream scenario —  all three monsters in one story. How cool is that? 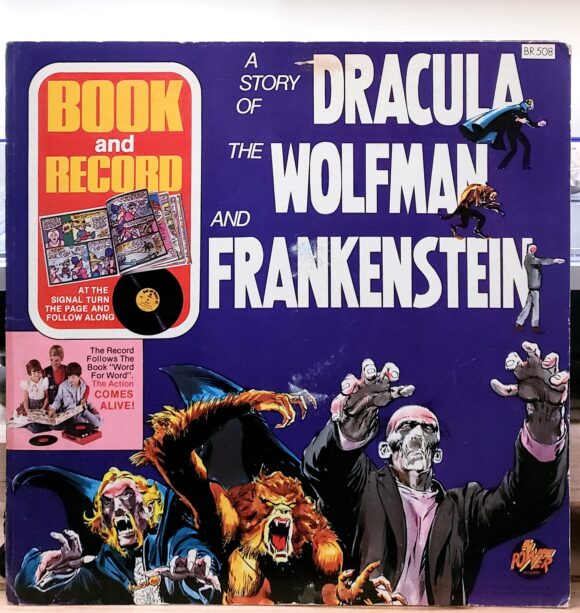 11. Six Million Dollar Man Christmas Album. Combining two things I love: the Bionic Man and Christmas. How could you not love this? They even mention the Kenner Steve Austin action figure in one of the stories. 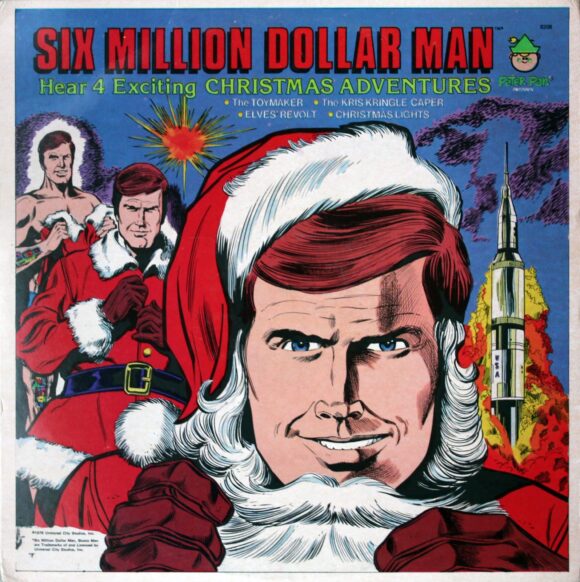 10. Star Trek. I really liked ALL the Star Trek records they made and the artwork on the covers seem ahead of their time. Captain Kirk was almost as cool as the Fonz, which makes me think, I wish Power Records had made a Happy Days story. 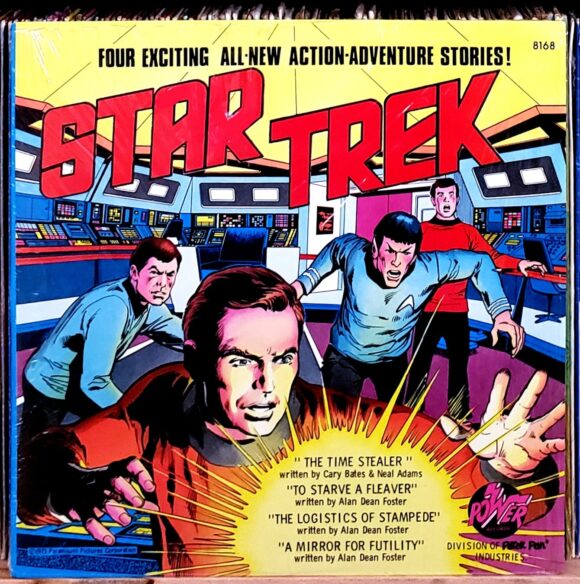 9. Planet of the Apes. Four movie adaptations on one record! Like a lot of the Power Records, many of us kids acted out the stories with our Mego toys. Love the gorilla soldier on the horse, with rifle raised. 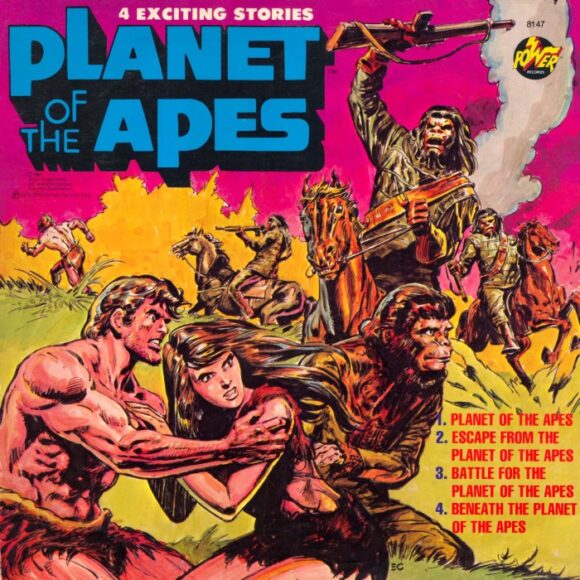 8. Superman. I’m a Superman guy. He’s always been my favorite, so iconic Neal Adams artwork like this grabs my attention. 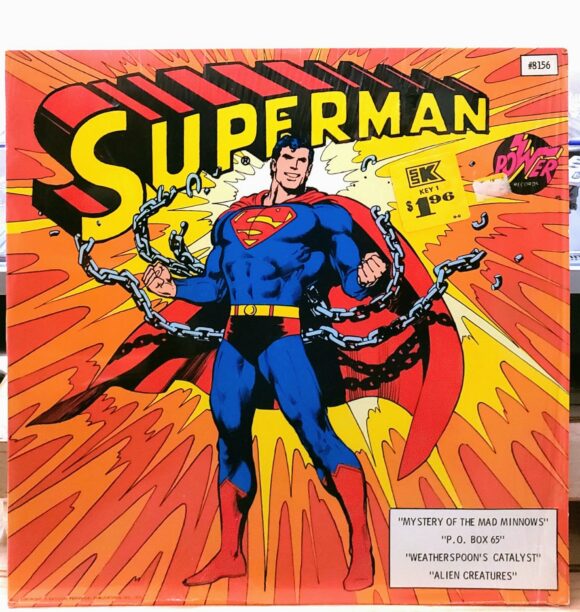 7.  Batman. I’ve always had a soft spot for Riddler in the jumpsuit with question marks, probably because of Mego or the ’60s TV show. Seeing four classic villains is just cool. 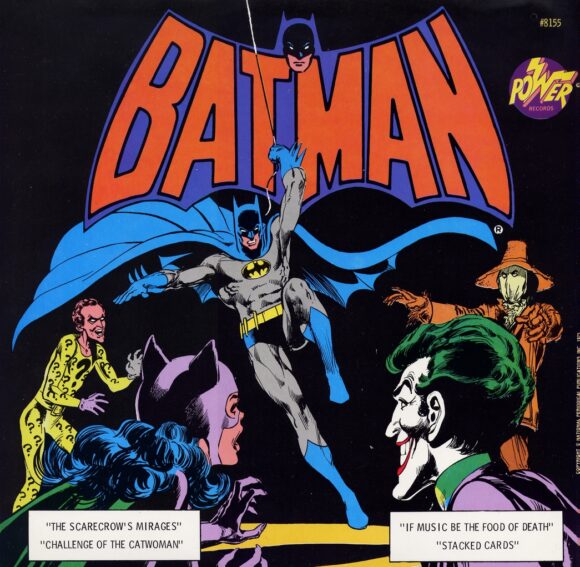 6. Batman Book and Record. The artwork speaks for itself! This screams 1970s Batman, back when he was gray and blue and didn’t hide in the shadows quite as much as he does today. This is MY Batman. 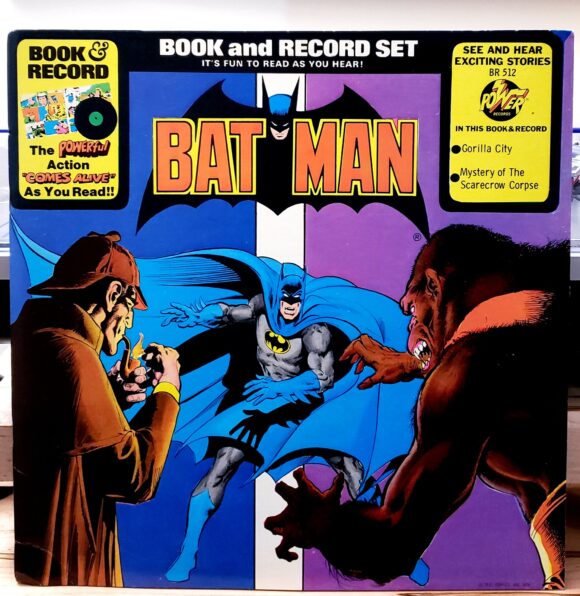 5. Six Million Dollar Man. Steve Austin was HUGE in my home growing up and even though this LP wasn’t bought until I was an adult, it’s easily one of my favorites! 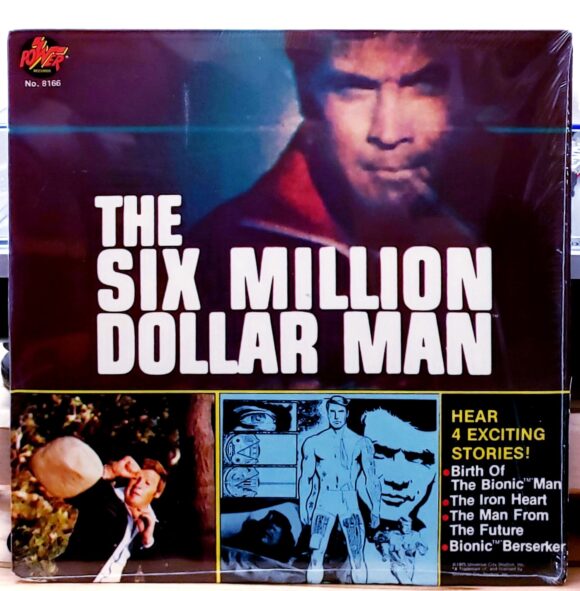 4. Superman. Technically, this one is under the Peter Pan label, but it repurposed a few stories from Power Records. Listened to “The Man From Krypton” while acting it out with my Megos. 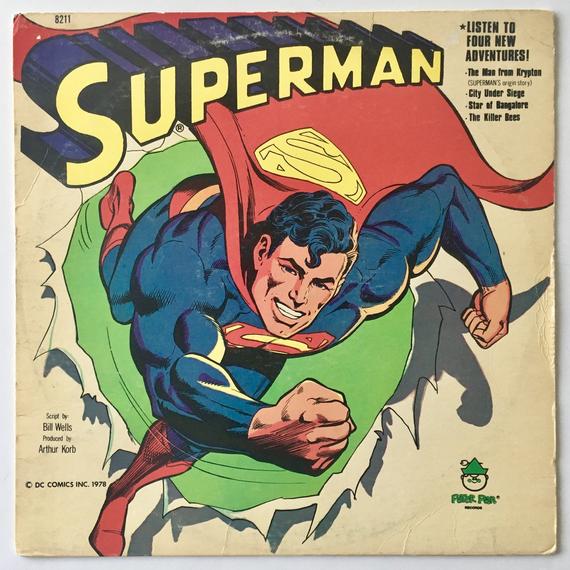 3. The Amazing Spider-Man. My oldest brother owned this as a kid and I loved it so much I worked it into a trade we made with our Megos. Loved how the back cover was like a comic strip to follow along. 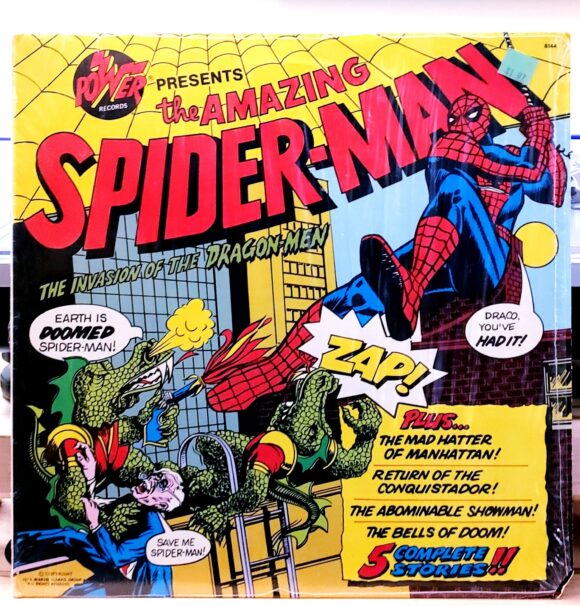 2. Star Trek. Another one from my childhood that somehow got lost. The cover art was so cool we often had it on display in our bedroom as kids. My #1 most wanted record at the moment. 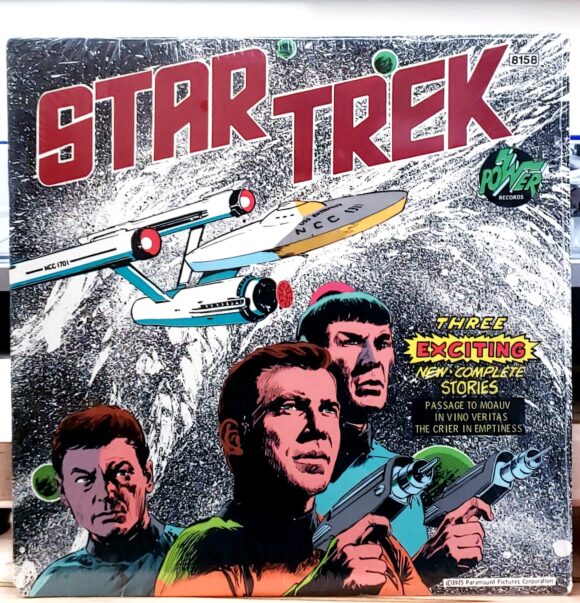 1. The Amazing Spider-Man and Friends! Hands down my favorite of all Power Records. I remember listening to “The Mark of the Man-Wolf” on this LP so much as a kid I can still recite most of the story. This one has so many memories for me. 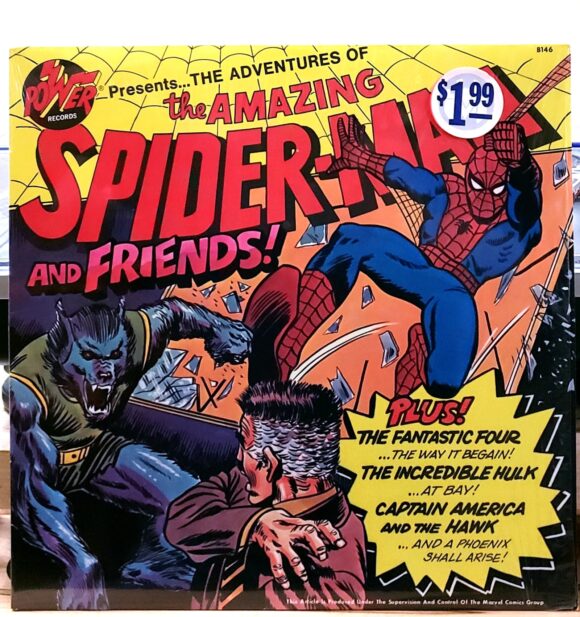