BRONZE AGE BONANZA: The temps get cooler but the comics stay hot!

Hey, I have no clever patter for you this month, so let’s just get right to THE TOP 13 COVERS OF SEPTEMBER 1970 — RANKED:

13. Archie’s Girls Betty and Veronica #179, Archie. Yeah, laugh it up, Mrs. Cooper. In 50 years, your daughter’s world will become a hellscape of wildfires, hurricanes and melting ice caps. 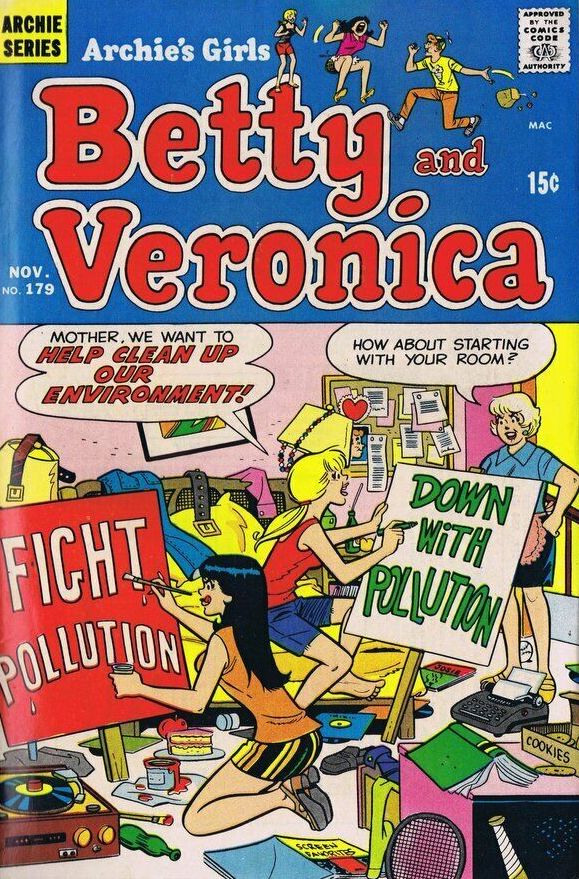 12. UFO Flying Saucers #2, Gold Key. I guess the editors weren’t taking any chances by putting the words “UFO” and “Flying Saucers” on the cover. I also love that these are really rudimentary, old school flying saucers. And, hey, is it just me or should George Wilson have been a much bigger deal? Damn, I love his work. 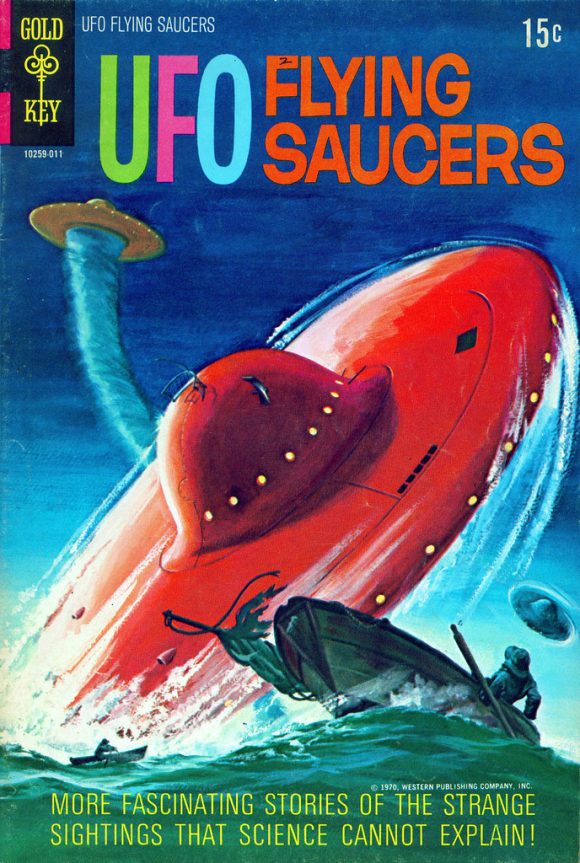 11. Weird #23, Eerie Publications. There’s so much to say here, I’m actually speechless. I think I could do a TOP 13 UNSETTLING THINGS ABOUT THIS COVER but who’s got the time? No. 1 would be the decapitated dude vampire’s beard. 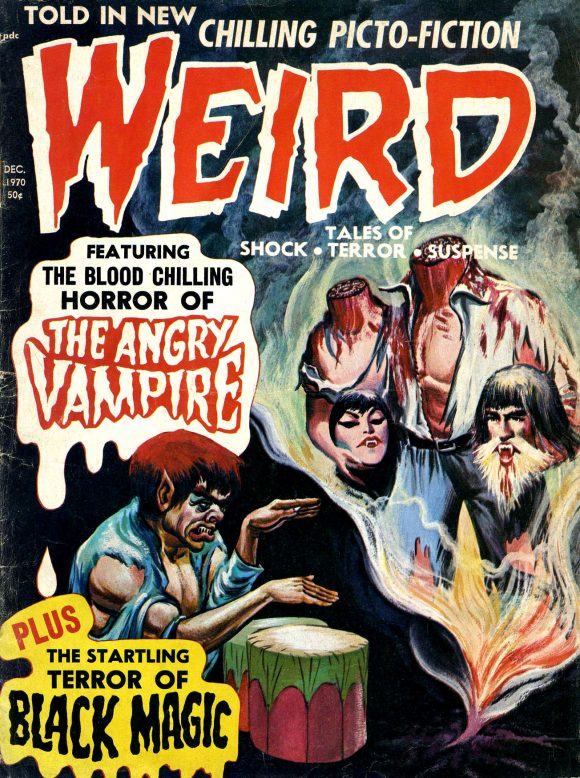 10. Beneath the Planet of the Apes #1, Gold Key. I think I have to get myself a copy of this. I just have to know how goody-goody Gold Key handled a story where everyone dies in the end and the Earth is annihilated. Plus: APE PROTEST POSTER! 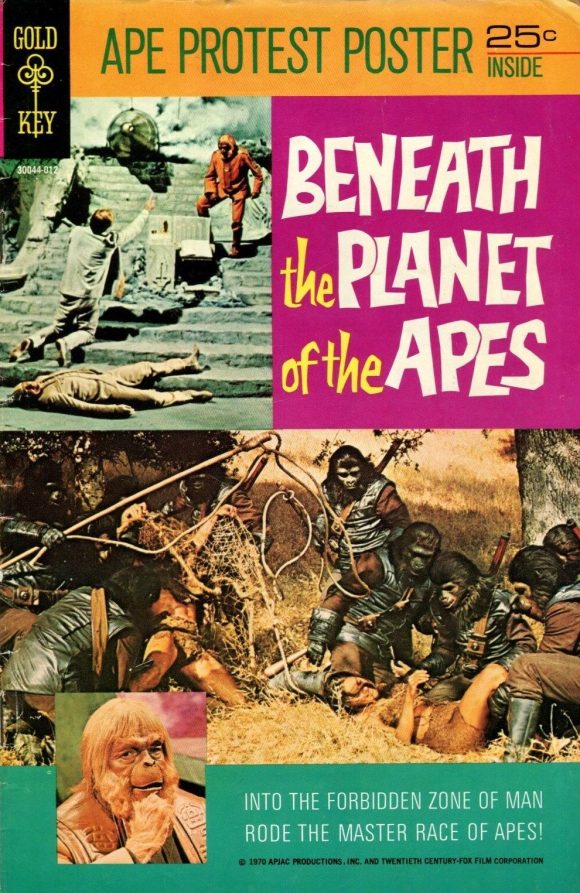 9. Adventure Comics #399, DC. Like a lot of early Bronze Age covers, this is provocative and unsettling with notes of camp creeping around the edges. The story inside’s pretty grim, though. But at least Supergirl looks fashionably fab! 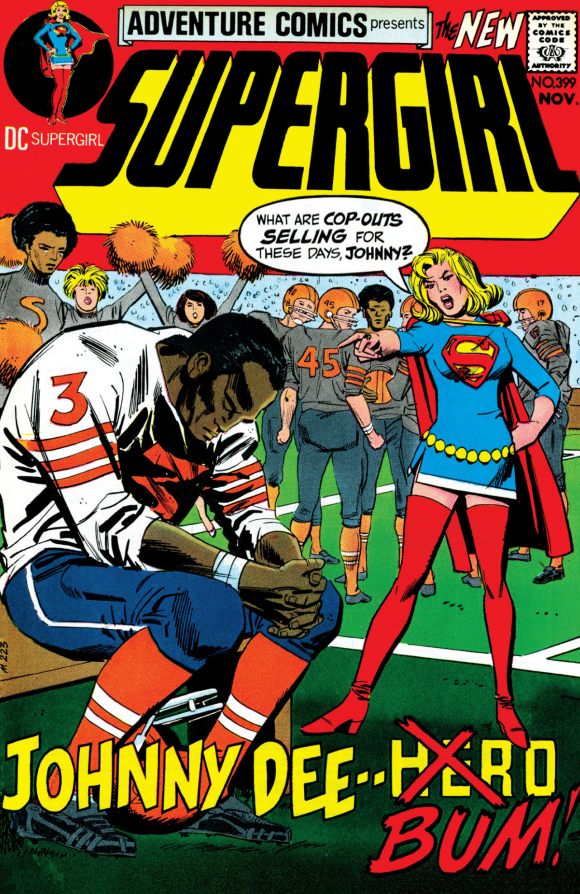 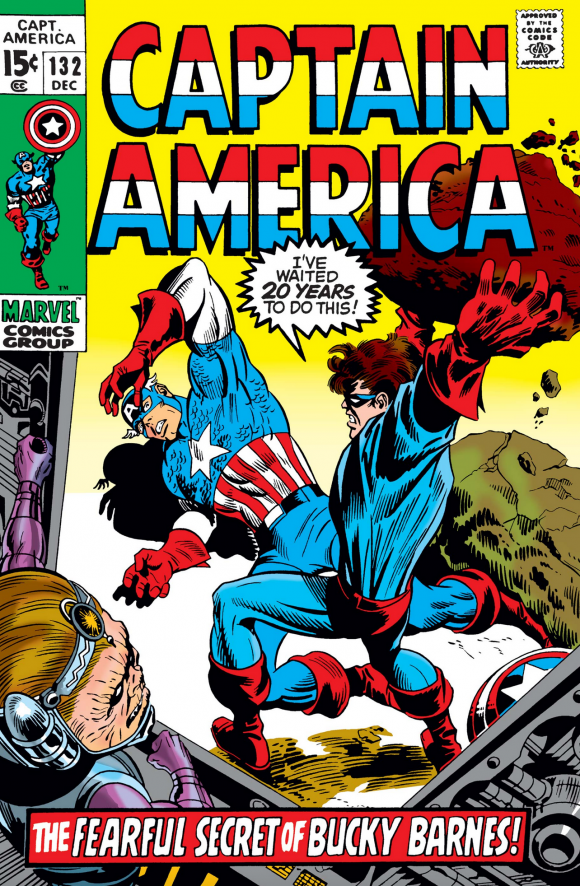 7. The Phantom Stranger #10, DC. Neal Adams was a machine who was so prolific he couldn’t help but repeat themes and concepts, in this case riffing on a classic gothic horror trope. But got-damn, he did it better than anyone else. Prime Adams textural trickery. 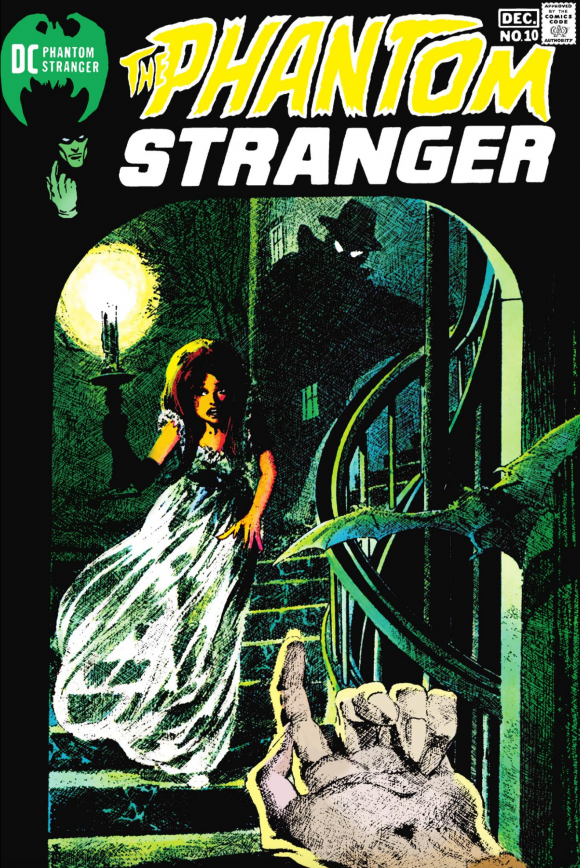 6. The Avengers #82, Marvel. I’m a sucker for an “Avengers Assemble!” cover. Yes, Quicksilver, let the cry ring out! 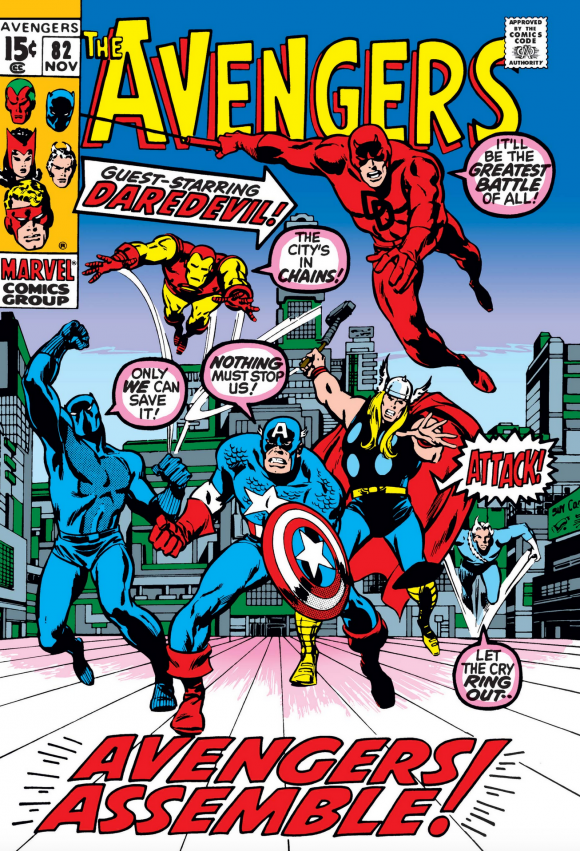 5. Our Army at War #225, DC. I’ve said this before: Joe Kubert was a master at combat suspense. Rock is taking on six Nazis at once, with four swaskita-emblazoned bombs in the foreground just waiting to explode once that fuse goes off. How will Rock get out of this one?! HOW?! 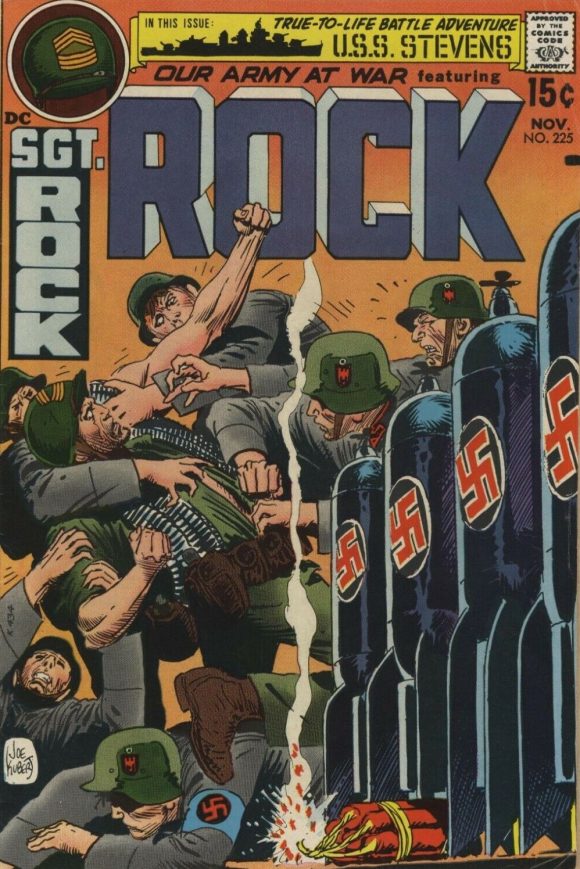 4. Wonder Woman #191, DC. This is kind of a cheat, I know, because it’s a pretty static cover introducing a (mostly) reprint issue. But it’s a dynamic layout, the black background lets the figure and slanted covers do the heavy lifting, and Diana looks like the coolest woman alive in September 1970. You can’t stop looking at this. 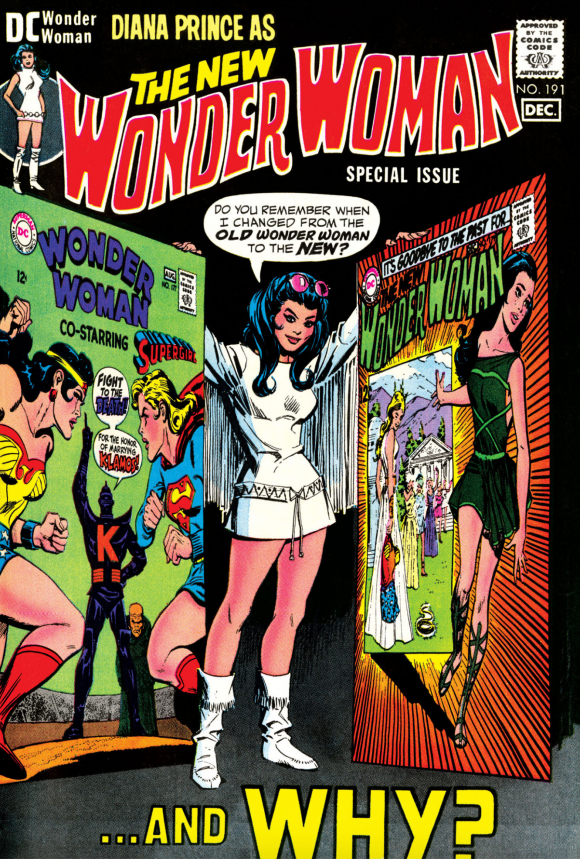 3. World’s Finest #198, DC. Superman vs. the Flash III! DC hammered at this hoary chestnut quite a bit but this is one badass layout. Come to think of it, has there ever been a bad Superman vs. Flash cover? I don’t think so. Love the black nighttime sky. I don’t remember the particulars of the story but this makes it look like they’re gonna just fly off the planet and into the cosmos. 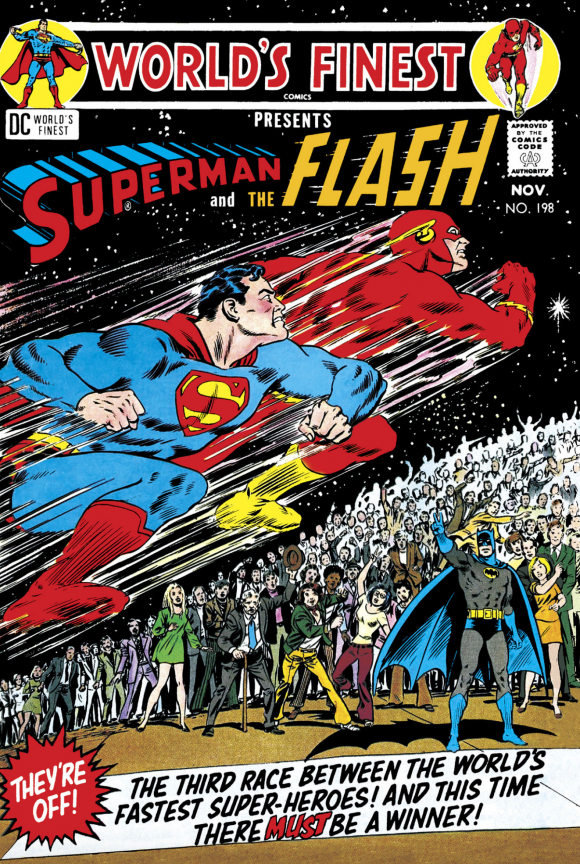 2. Detective Comics #405, DC. Batman did a lot of lurking on his early Bronze Age covers (still does), so the concept isn’t exactly new. Is he being pursued or lying in wait? Perhaps both. But the main thing is he looks like he’s up against a team of killers he’s unaccustomed to fighting. Which makes sense, because, y’know, this was the debut of the League of Assassins. 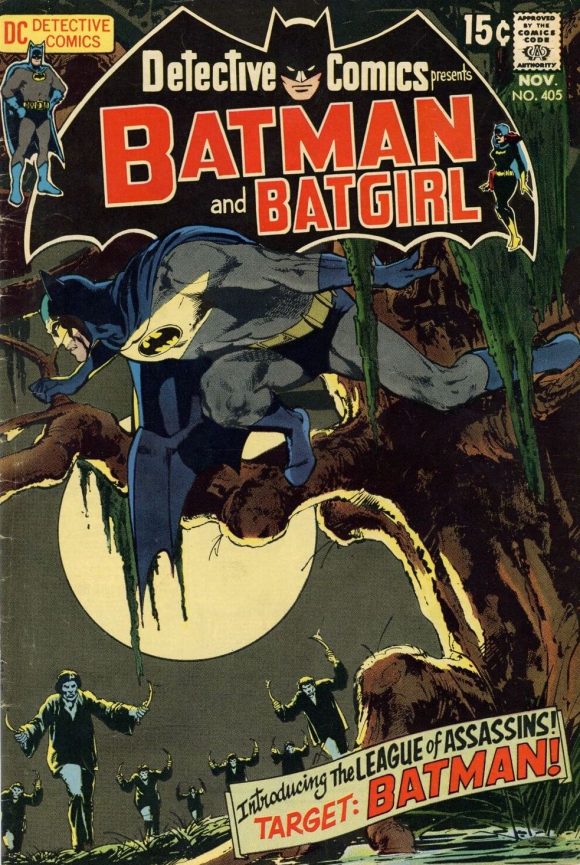 1. Superman’s Girl Friend Lois Lane #106, DC. The most misguided cover in mainstream comics history? It’d be hard to top. Regardless of the exceptionally questionable taste, it’s easily the most compelling cover on this list. A dubious classic that refuses to be ignored.