As I’ve been putting together this feature every month, it’s struck me just how many classic comics covers would get published in a single month in the Bronze Age. It goes to figure that with people like Neal Adams, John Romita, Gil Kane and Nick Cardy around, this would be the case.

But I really do wonder sometimes whether fans at the time really understood how good they had it. I love reading old letter columns, and most fans did seem to recognize terrific work, though there were always the crabs too.

Anyway, I look at this month’s crop and there are some of the most famous covers in comics history there. Not all of them are standard-bearers, of course, but there are enough to emphasize the profound greatness of the era.

13. Abbott & Costello #17, Charlton. I really admire the sheer ballsiness it took to do this cover. ALL THOSE FLOWERS. Meanwhile: “BONUS — Special Nutty Daisy Poster in Center Spread of This Issue! FREE!” 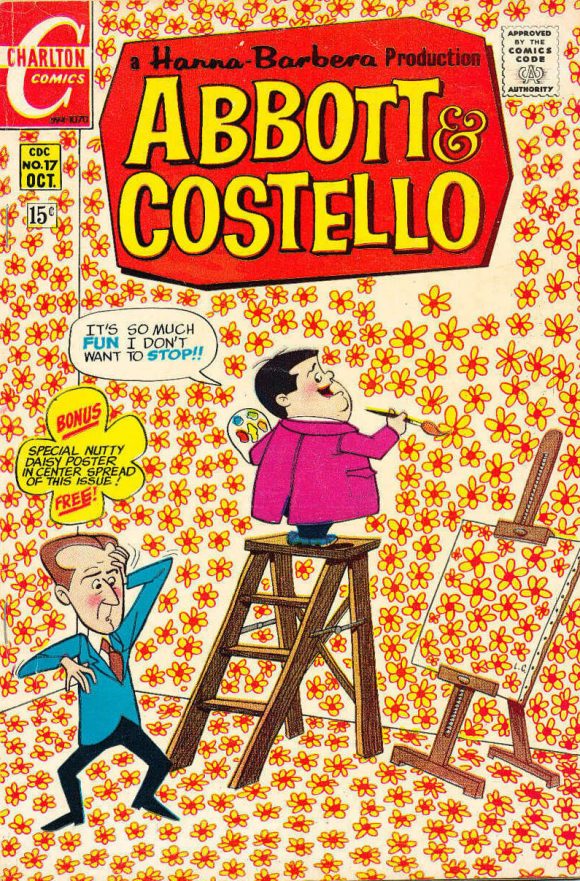 12. Famous Monsters of Filmland #80, Warren. “The only good human — is a DEAD human!” Beneath the Planet of the Apes is probably the wackiest movie of the franchise and I love every damn, dirty minute of it. 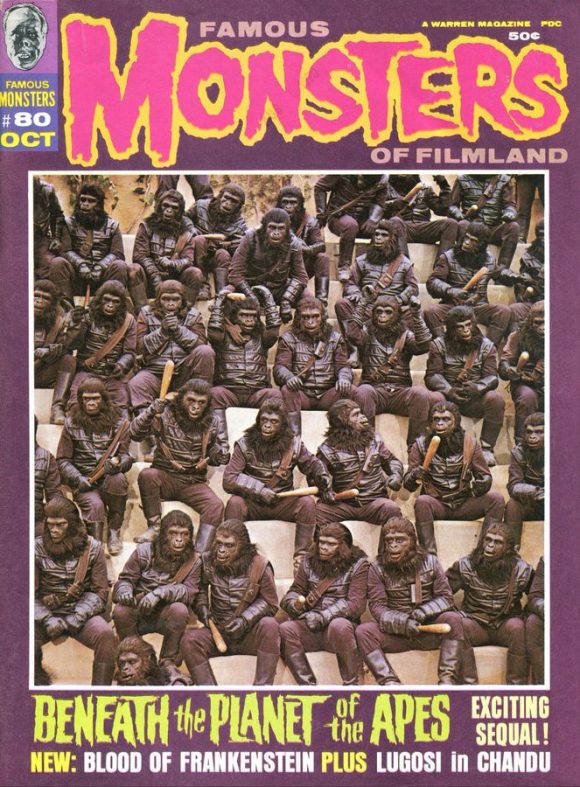 11. Archie #204, Archie Comics. Speaking of, doesn’t it look like Archie and the gang are hanging out at Point Dume in Malibu? Y’know, where they filmed the climax of Planet of the Apes? Obviously, Dr. Zaius was right: The Forbidden Zone was once a paradise! (But, geez, Reg, it’s 1970. Get with it.) 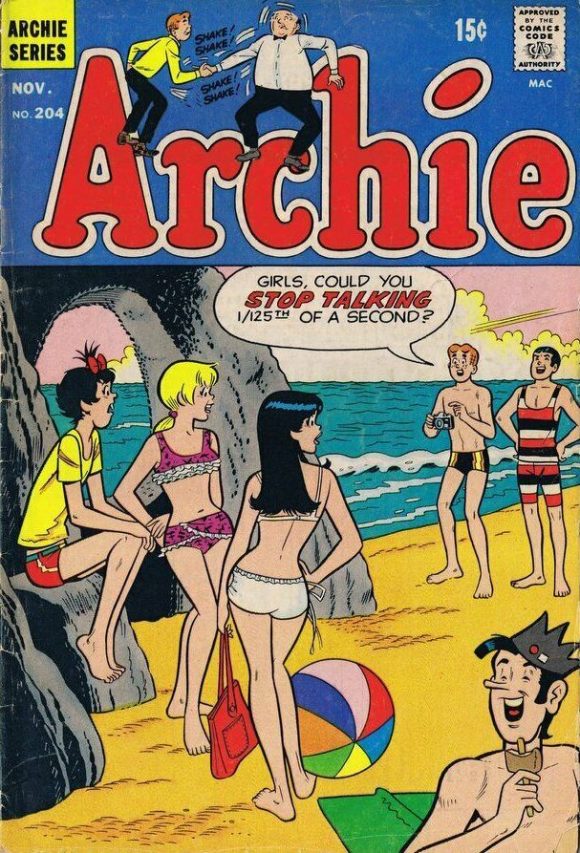 10. Detective Comics #404, DC. I’m sure most of you think this should be higher on the list, maybe even No. 1. That’s cool. It’s one of Neal Adams’ best-known covers. But you kind of have to grade Adams on a curve. He produced so many legitimate masterpieces that you have to try to be dispassionate. Hard to do, I know. 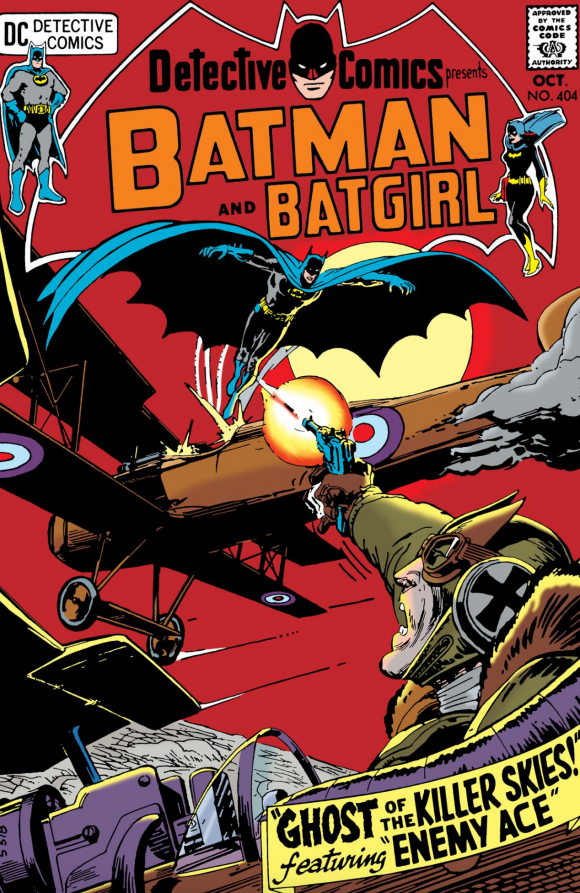 9. Boris Karloff Tales of Mystery #32, Gold Key. George Wilson. One of the greats. What a truly terrifying cover. 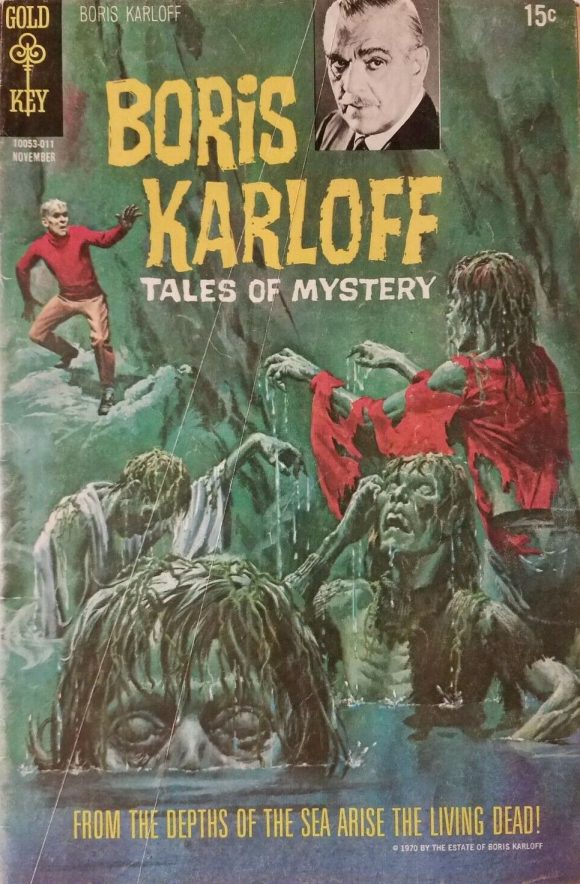 8. Superman #230, DC. Check out Curt Swan’s brilliant composition here: Look at the intersecting lines — the vertical side of the wall, the slanted golden spotlight, the opposing angle from Clark’s shadow to his machine gun to Luthor’s chest. It’s an asterisk that takes you right to the focal point of the action. Silly, last-gasp Silver Age concept. Sterling execution. 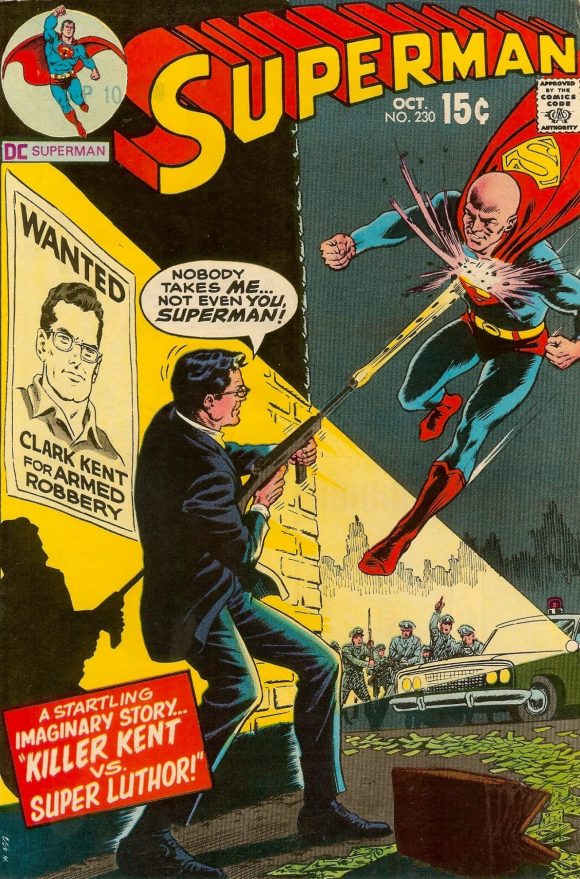 7. Falling In Love #118, DC. I looked at the cover image and thought, “I bet that happened all over Woodstock.” And then I saw the banner above the title. And there you have it. (Also, which one is Robin?) 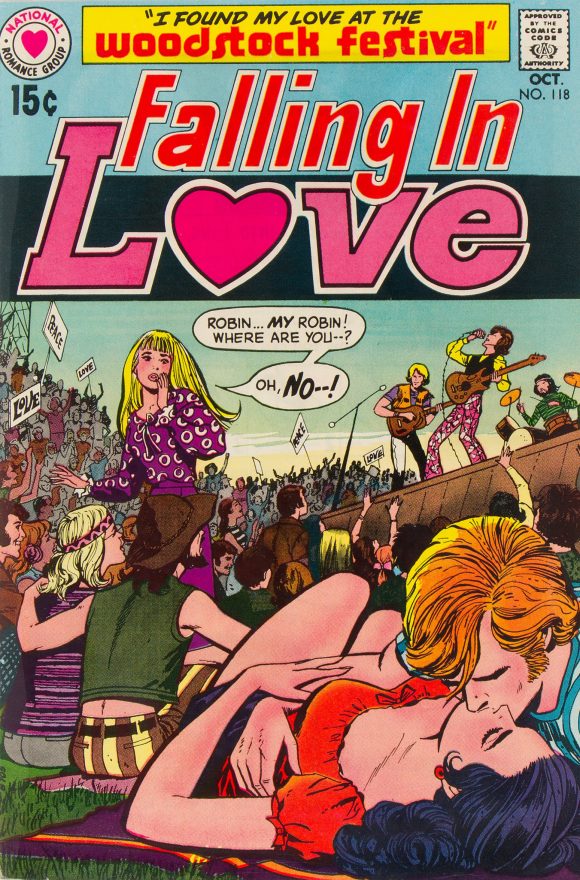 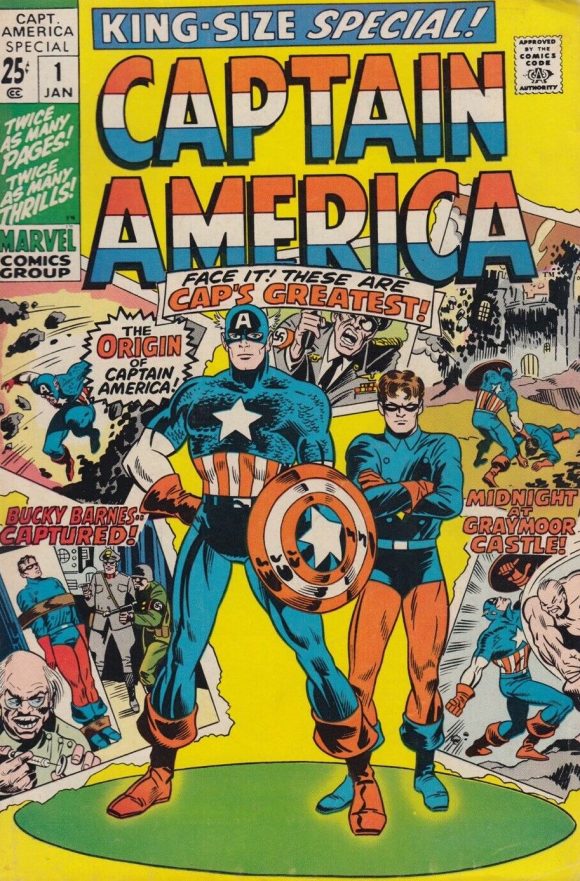 5. The Avengers Annual #4, Marvel. An explosive cover, with four different fights going on at once. Sal Buscema’s interlocking battle between the Avengers and the Masters of Evil is a lesson in how to cram nine combatants into one, intuitive action-packed image. 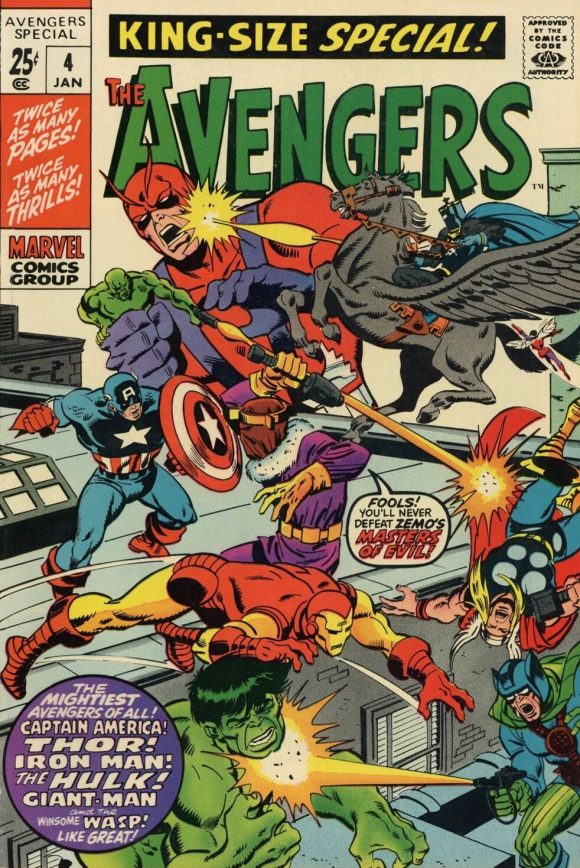 4. The Brave and the Bold #92, DC. One of Nick Cardy’s greatest Batman covers and probably his most atmospheric. The Bat-Squad only appeared this once — and that’s OK. Denny O’Neil had much better success with the concept of teaming the Masked Manhunter with a crew of civilians at the end of the original Ra’s al Ghul saga. (Still two years away at this point.) 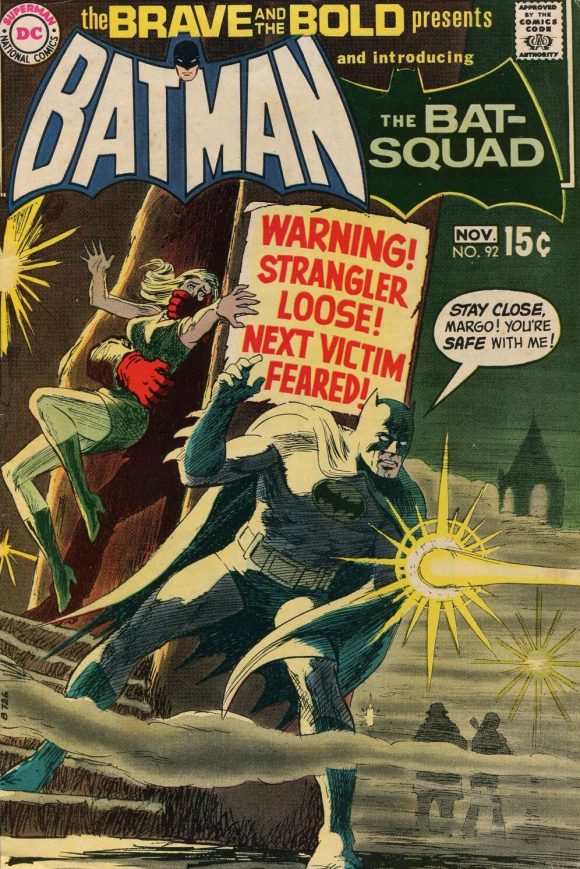 3. Green Lantern #80, DC. One of the most memorable GL/GA covers. Stark, politically satirical imagery and one of the best examples of newspaper-page-as-comic-book cover. And while it’s mostly monochromatic, the use of off-white gives the piece just the right texture. 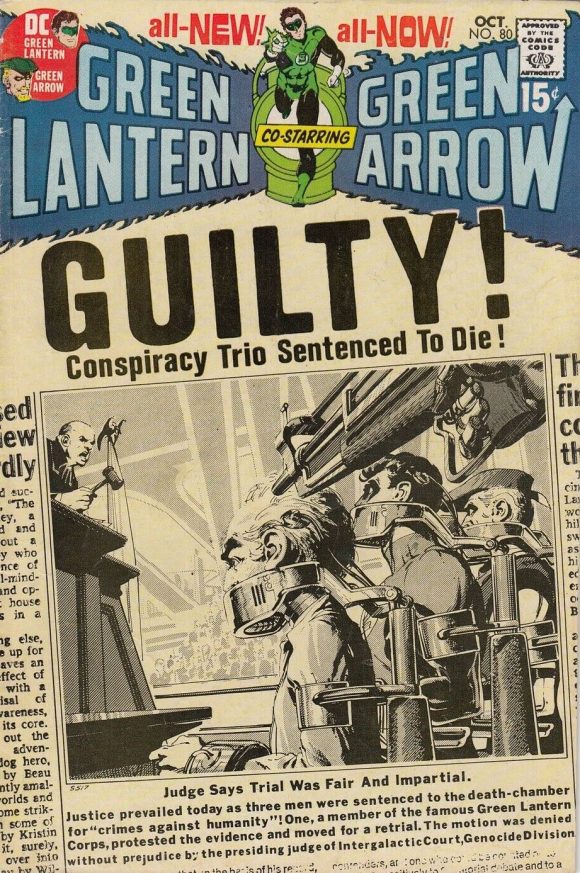 2. Superman’s Pal Jimmy Olsen #133, DC. When you think about it, it’s insane that Jack Kirby’s much-ballyhooed arrival at DC was heralded by… Jimmy Olsen. And it’s doubly insane that DC was so married to Superman’s house style that they had Al Plastino “correct” Kirby’s art. But from a purely historical standpoint, you have to give this one props. 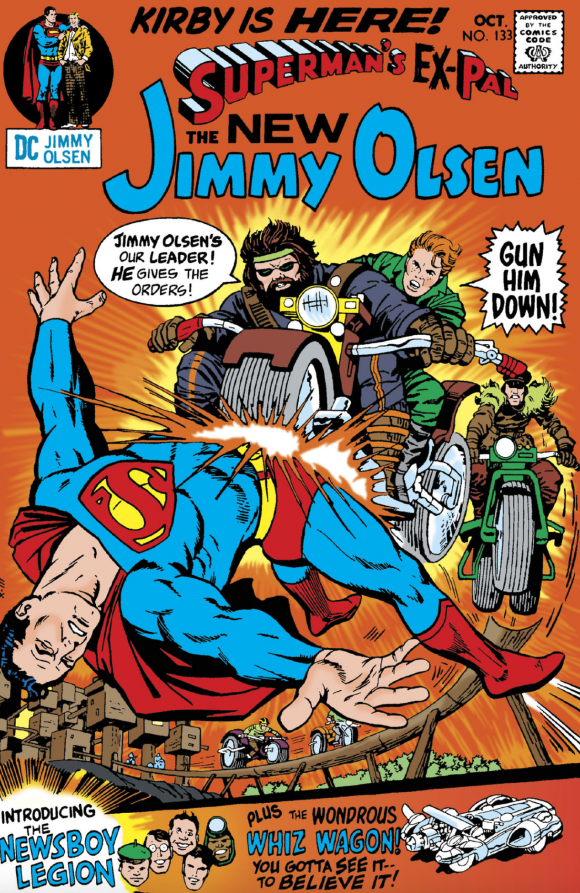 1. The Amazing Spider-Man #90, Marvel. A cover worthy of the spectacular, historic story within — featuring the death of Capt. Stacy. One of the most arresting covers in Spidey history. No disrespect to Steve Ditko, but this was Spider-Man’s Golden Age. 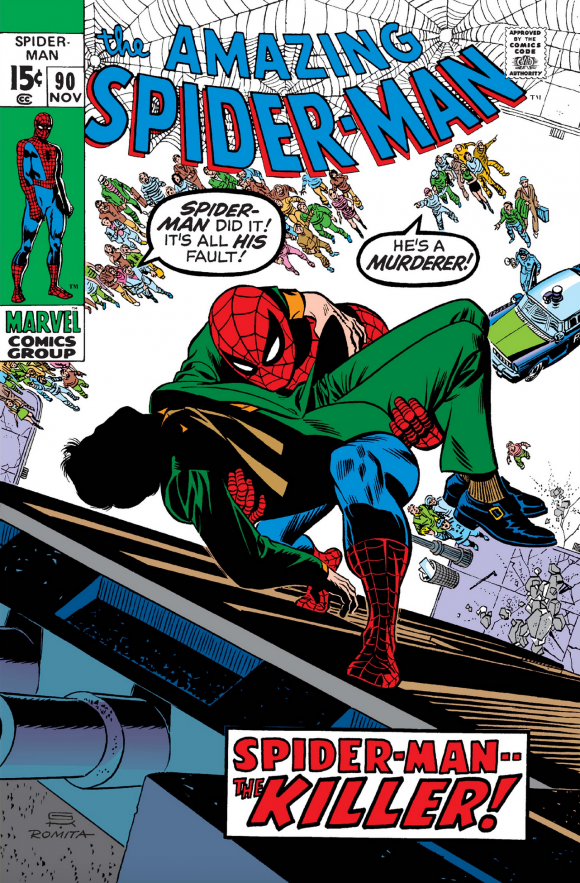