BRONZE AGE BONANZA: A spooky selection perfect for the season…

As has often been the case this year, Neal Adams again dominates Bronze Age Bonanza. No surprise when you consider he was at the very top of his game in the early ’70s.

But we’ve got some groovy surprises for you as well — so here are THE TOP 13 COVERS OF OCTOBER 1970 — RANKED:

The Young Lawyers #1, Dell. More evidence that there was no random TV show that Dell couldn’t try to adapt into a comic. Dell’s series lasted two issues and the show itself lasted one season. But dig this: Richard Pryor was in the premiere! And check out this list of guest stars from throughout that single season: Eli Wallach, Richard Dreyfuss, Paul Winfield, Kim Hunter, Scott Glenn, Vic Tayback, Larry Linville, Whit Bissell, Edmond O’Brien, Vincent Van Patten, Pat Hingle, Meredith Baxter, Russell Johnson, Allen Garfield, Majel Barrett and Gary Lockwood, among many others. It’s like a Who’s Who of great character actors. 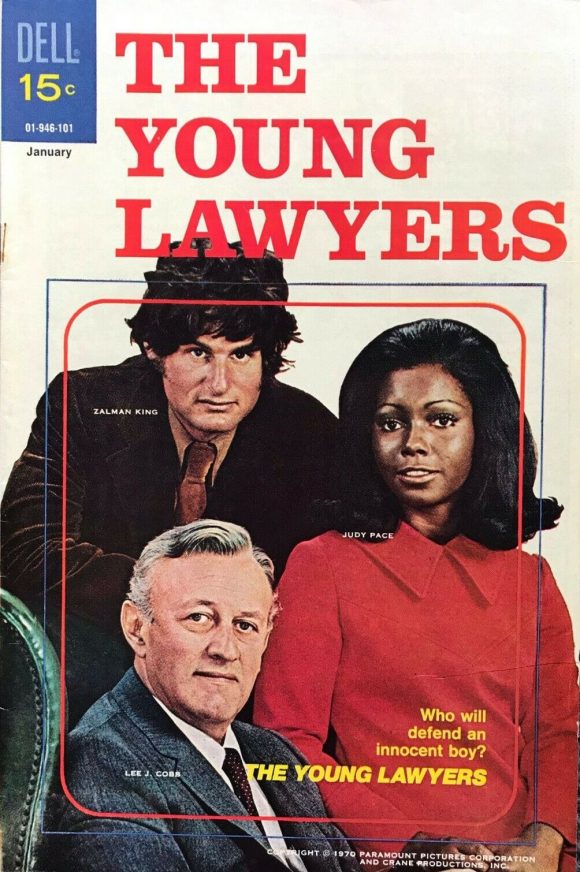 12. Girls’ Romances #153, DC. Nick Cardy’s great. Just great. In fact just this week we ran the TOP 13 NICK CARDY AQUAMAN STORIES — RANKED, by Fred Van Lente. (Click here to check that out.) Anyway, is this one of the creepiest romance covers, or what? At least DC had the good sense to call out these scumbags’ bad behavior. 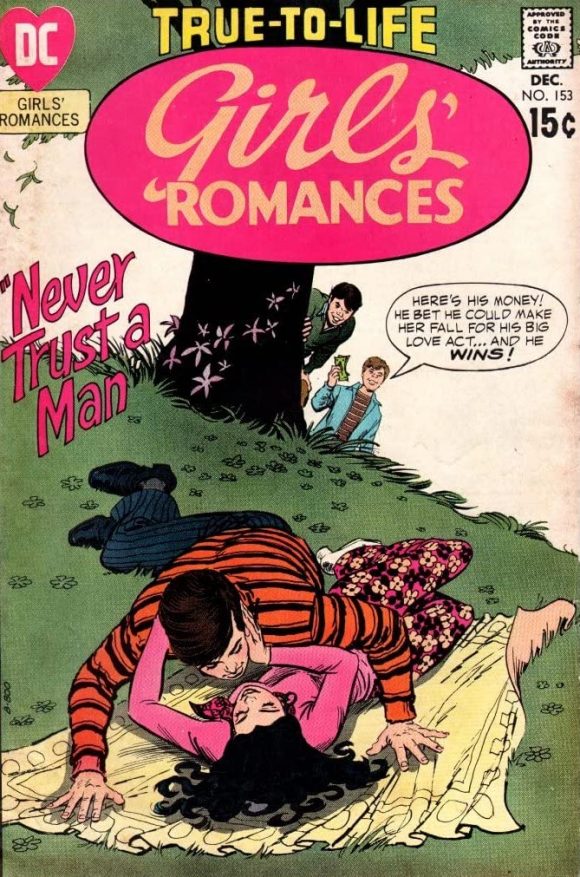 11. Captain America #133, Marvel. One thing I’ve noticed while doing BRONZE AGE BONANZA is just how crowded Marvel’s covers tended to be during this era. That’s not necessarily a bad thing because my goodness look at all that’s going on here. M.O.D.O.K. isn’t even the main image — how often do you see that? And this issue includes his origin! 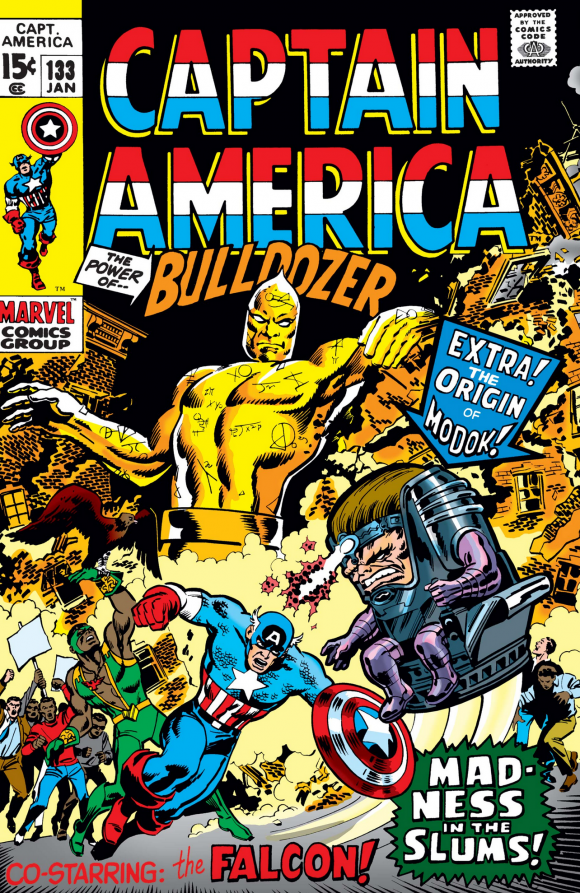 10. The Incredible Hulk #135, Marvel. Like I said: crowded. And we’ve seen the Hulk lift Eisner-esque characters before. But it’s still a nifty, metaphorical cover by Herb Trimpe. 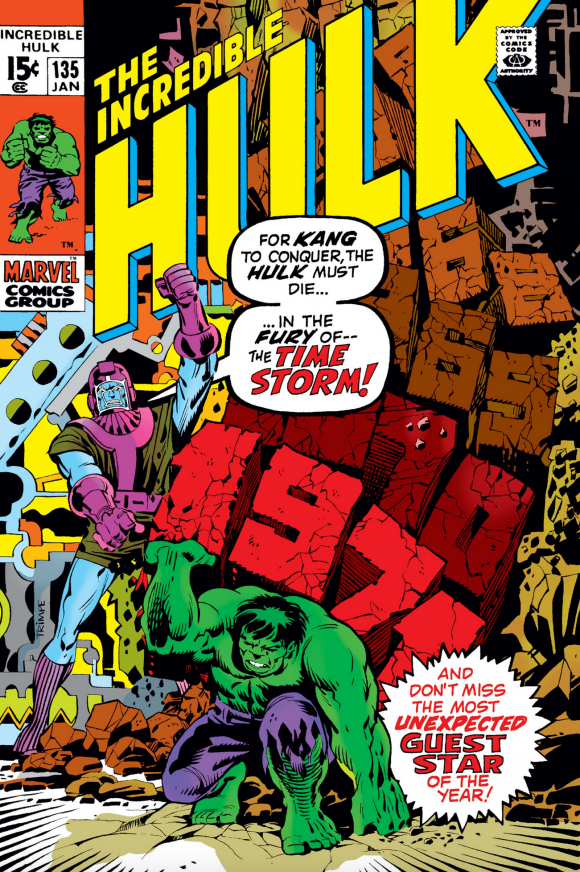 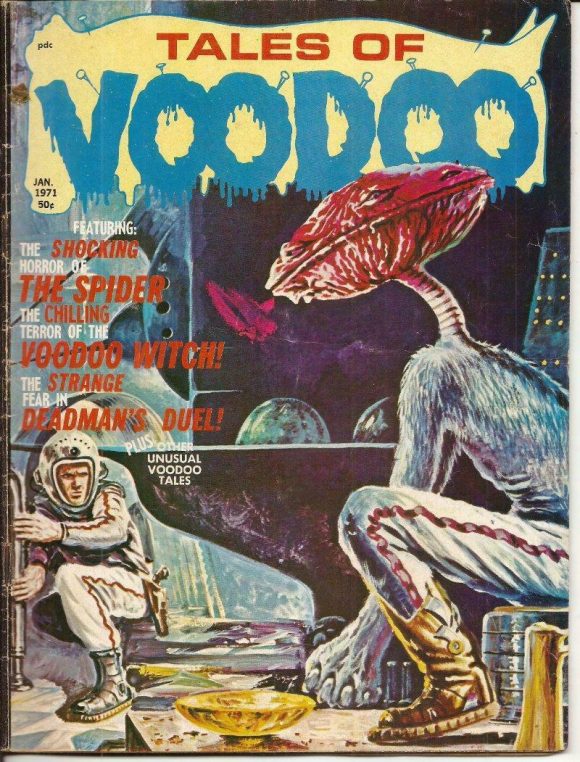 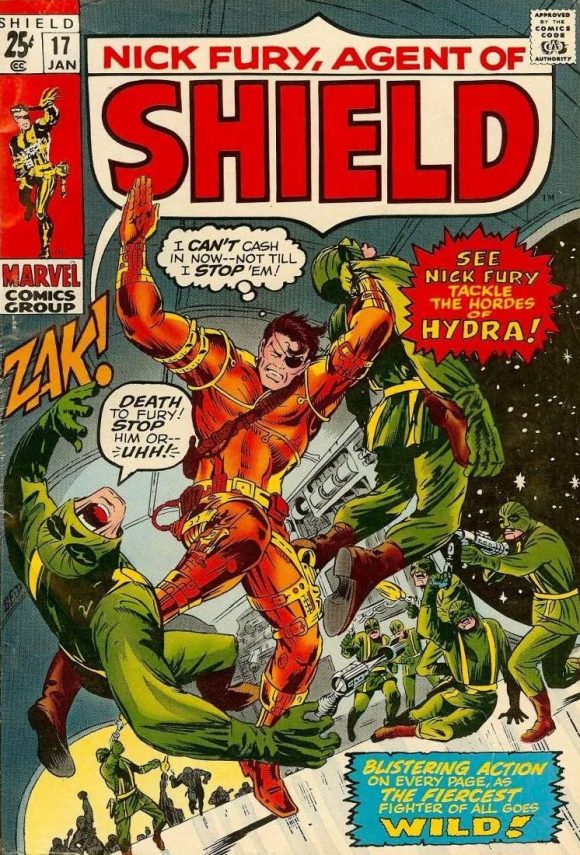 7. Adventure Comics #400, DC. It’s an odd construction, this one. I mean, how could even a Kryptonian’s body be contorted like that? Still, major extra points for Supergirl’s outfit and the overall impact of the image, which is pretty potent. 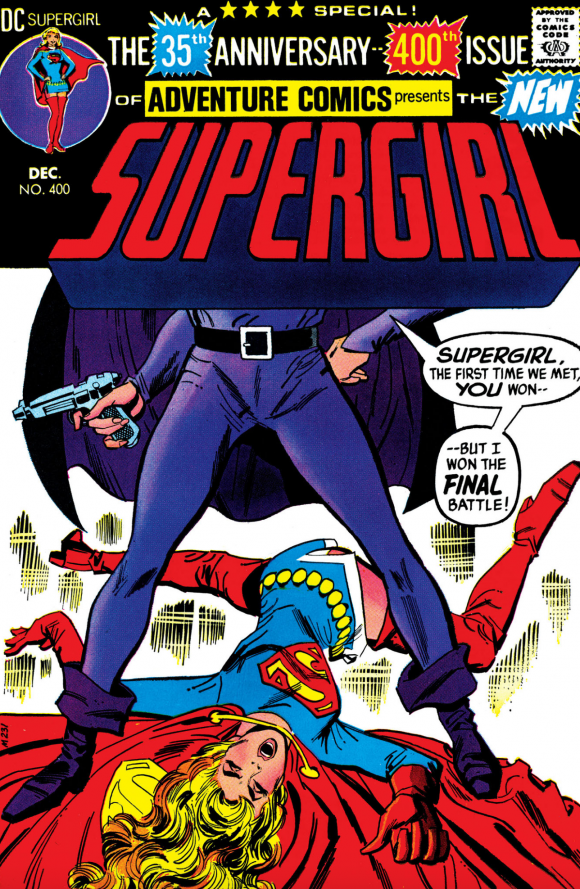 6. The Unexpected #122, DC. This is just a plain great cover. The angles, the perspective, the green hue. All of it. Great for Halloween season. But, um, it does show how behind the times DC could be: Woodstock was more than a year earlier. 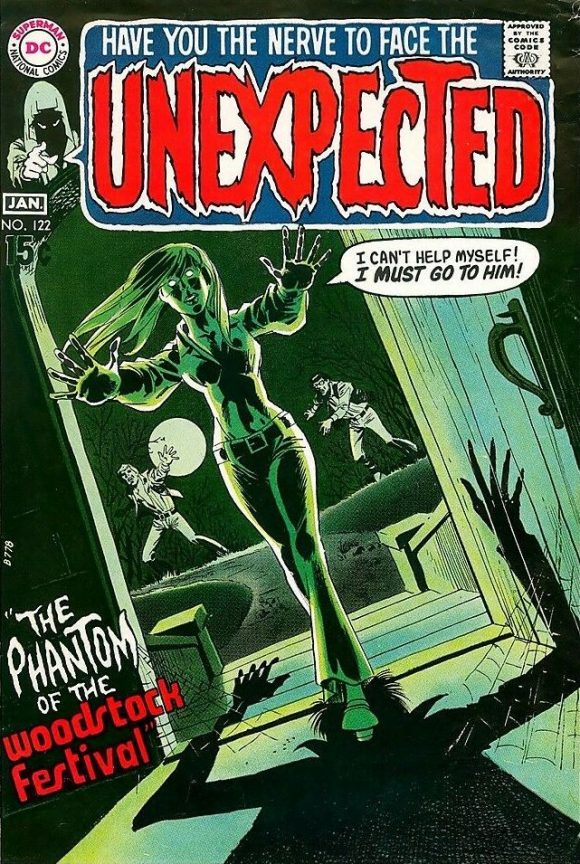 5. Detective Comics #406, DC. I don’t think you can call this one of Neal Adams’ most famous covers but holds special meaning for me. I remember seeing this on a spinner rack when I was Young Dan and thinking, “How is Batman ever going to get out of that one?!” It was a really unsettling feeling because up to that point, my Batman exposure was dominated by the Adam West TV show. The Batman logo in negative, which is incredibly effective, also creeped me out. Decades later, I got to ask Adams about it. Click here to see what he had to say. 4. Psycho #1, Skywald Publications. Holy shit, that is HORRIBLE! And by horrible, I mean fantastic, of course. Love the lavender brains. Tasty! 3. The Brave and the Bold #93, DC. Earlier this year, we posted the TOP 13 DENNY O’NEIL-NEAL ADAMS Stories — RANKED. Click here to peruse the list but you’ll notice that I didn’t include this issue. That’s because like a Bat-moron, I forgot this was an O’Neil-Adams collaboration. But damn, this is a great story — Red Water, Crimson Death — and it should have been included. 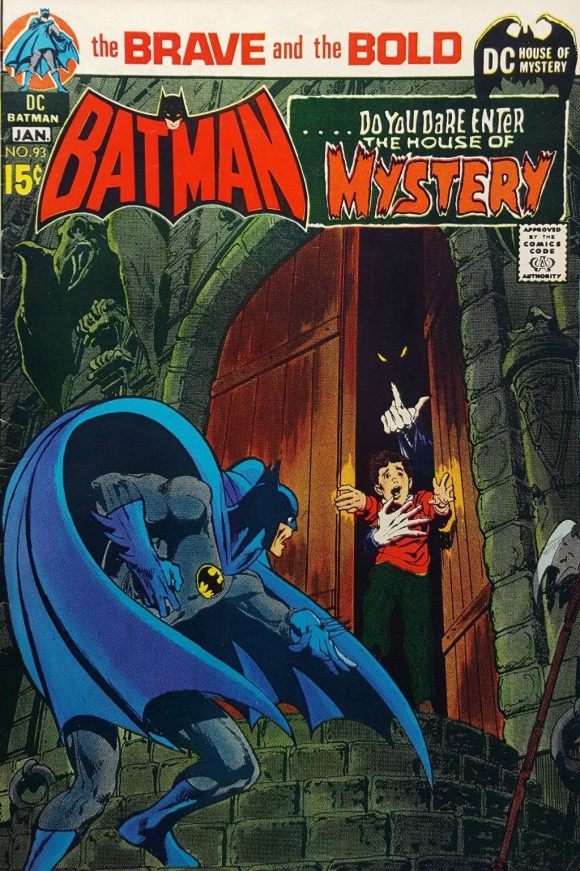 2. Star Spangled War Stories #154, DC. I don’t think there’s been an installment of BRONZE AGE BONANZA yet without a Joe Kubert war cover. As I’ve said before, of all the greats, nobody — and I mean nobody — did a better job of capturing the catastophic pain, misery, horror and guilt of war. Nobody. 1. Batman #227, DC. Yeah, this is only one of the most famous — and famed — Batman covers ever. Adams was paying homage to Detective Comics #31 but he made the image completely his own. Many artists have followed in his footsteps riffing on this but none have come close to what the master achieved. Plus, Adams was inspired by more than that Golden Age original. Click here for his comments. You’ll be glad you did.