13. Mod Wheels #1, Gold Key. A very basic, very colorful cover with a nice, smooth sense of movement. The cover was inked by Sal Trapani but it’s not clear whom the penciller was. Did you know this series lasted 19 issues, into late 1975? I didn’t. 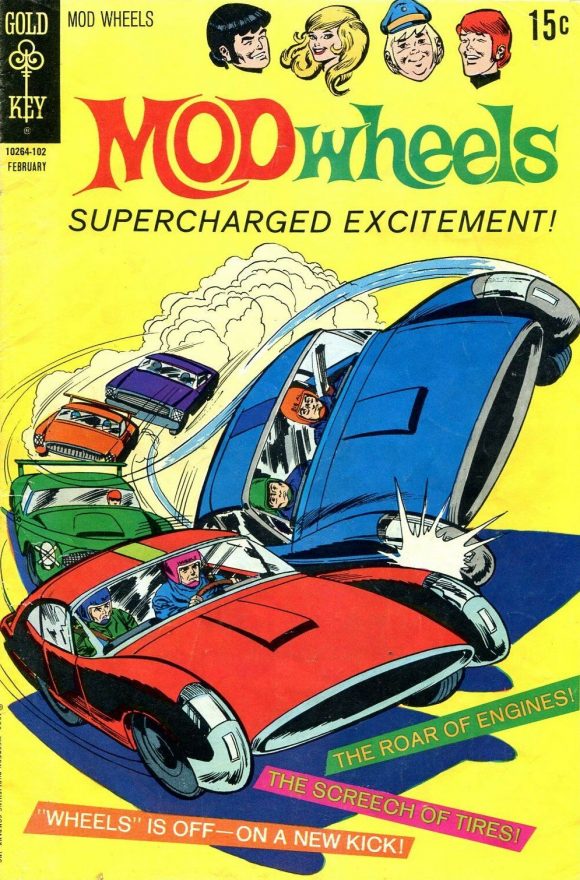 12. Underdog #4, Charlton. Only because it appeals to my sophomoric sense of humor. Just imagine Simon Bar Sinister’s little shveng. How is that not funny? 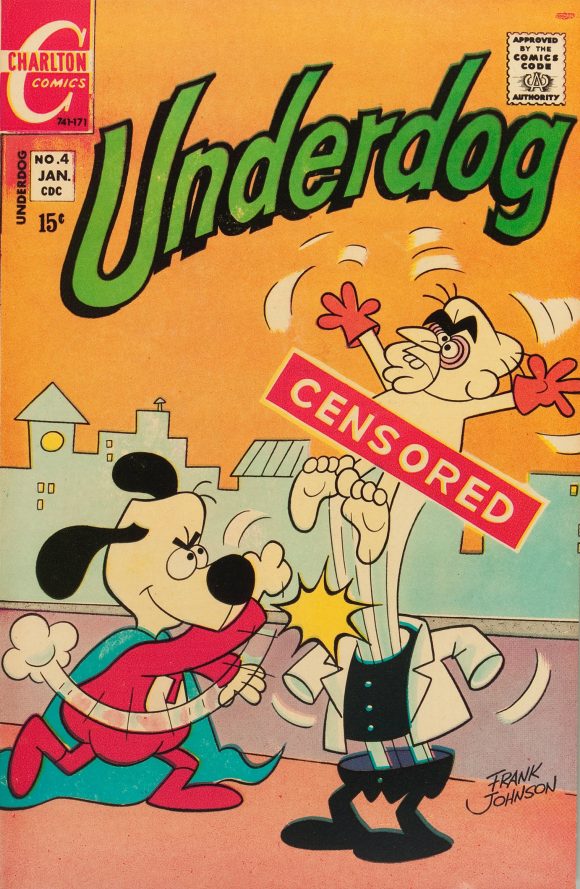 11. Ghost Manor #16, Charlton. There’s a lot going on here, with at least three colliding perspectives that make it difficult to pick up what’s happening. Not Pat Boyette’s best work by any stretch, it’s a consfusing mess that is nevertheless oddly entertaining. 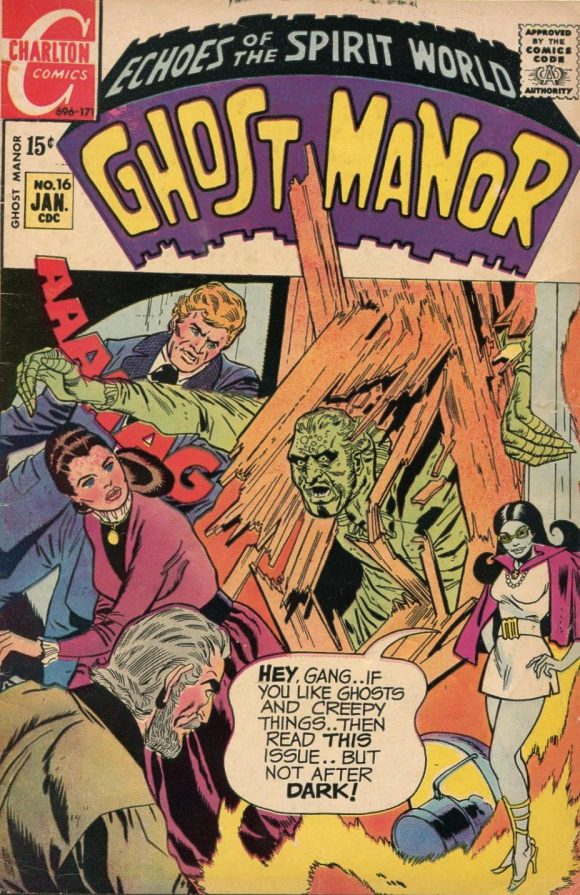 10. The Phantom Stranger #11, DC. A compelling cover that gives you everything and nothing at the same time. Who is this woman? Why has she been chosen for the Army of Evil while wearing a peace medallion? What’s with the trippy statue heads? It’s a downright freaky image, even if it looks like Neal Adams was half-finished when the deadline hit and he opted for the blank special effect that dominates the right half. 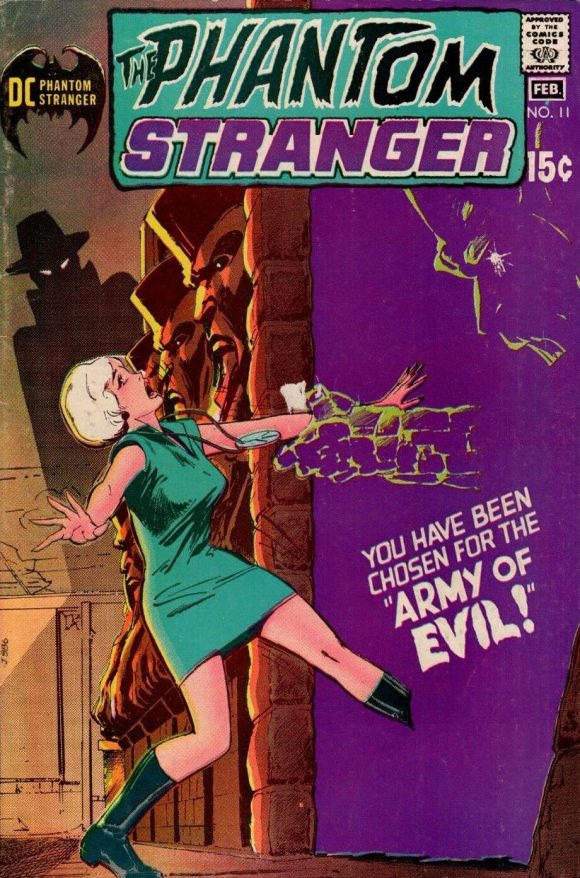 9. Dark Shadows #8, Gold Key. I really have a thing for George Wilson’s painted covers. You’ll be reading more about that soon. Meantime, he takes the cliche of the vampire rising from the casket and turns Barnabas into a terrifying, monstrous threat. 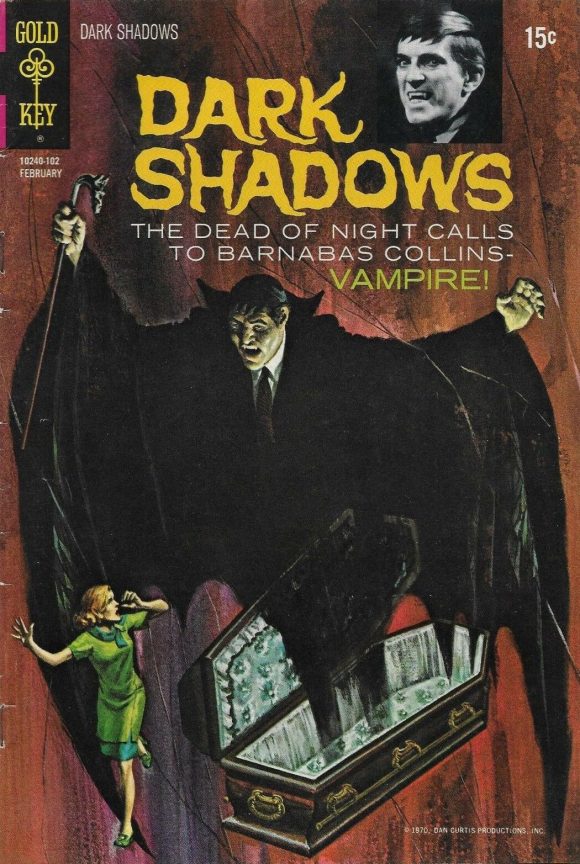 8. Aquaman #55, DC. A striking composition. This would be a routine move in animation, but Nick Cardy pulls out his bag of tricks, utilizing 15 Aquamans and 10 word balloons to depict the shrinking Swift and Powerful Monarch of the Ocean’s disappearance into a magenta ring made large by the foreground perspective. Cardy could do anything and make it look easy. 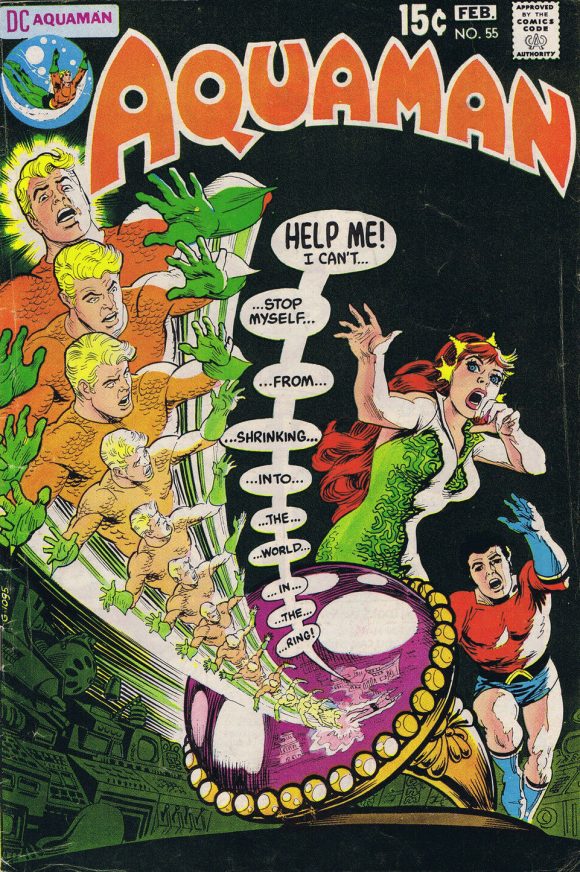 7. Superman’s Pal Jimmy Olsen #135, DC. Everyone talks about Superdickery but Jimmy Olsen was often an asshole to Superman too. Really, this is just an excuse to have Neal Adams draw the Man of Steel in various action poses. Obviously, it works. 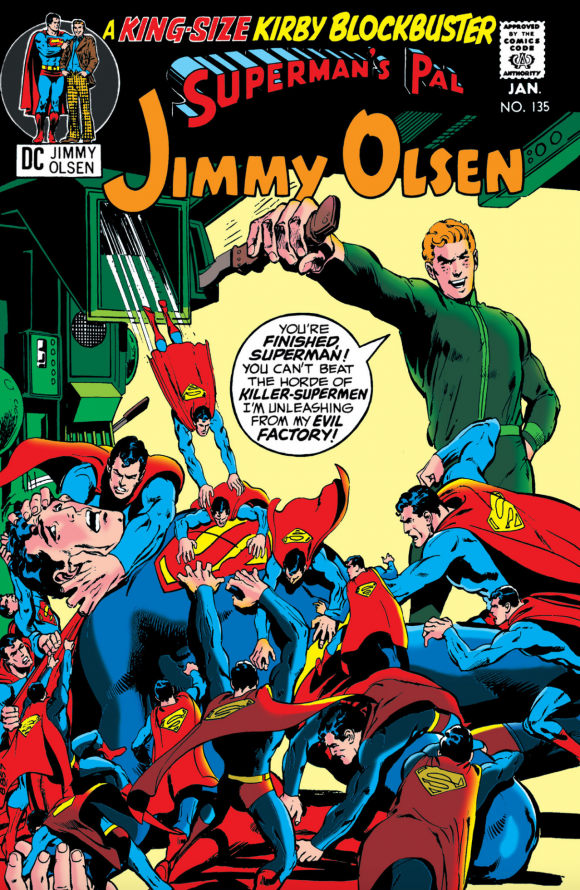 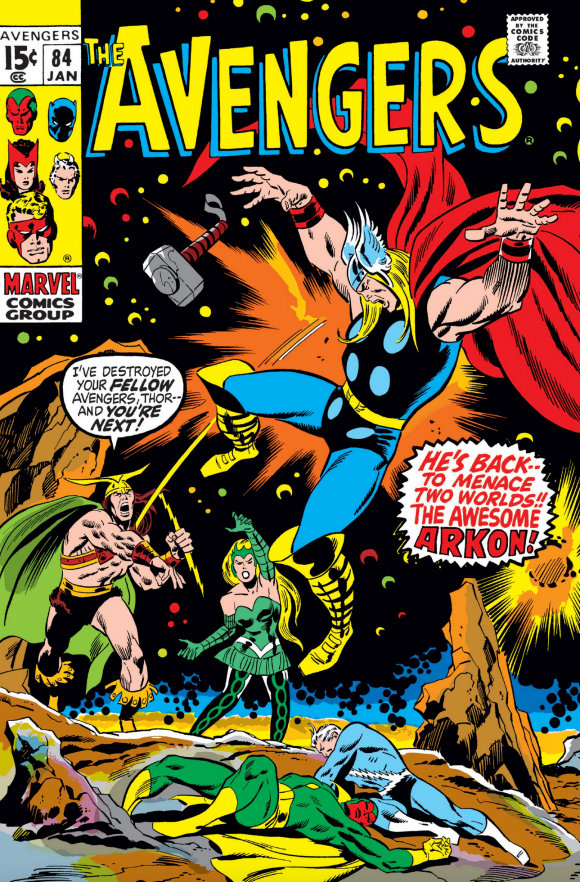 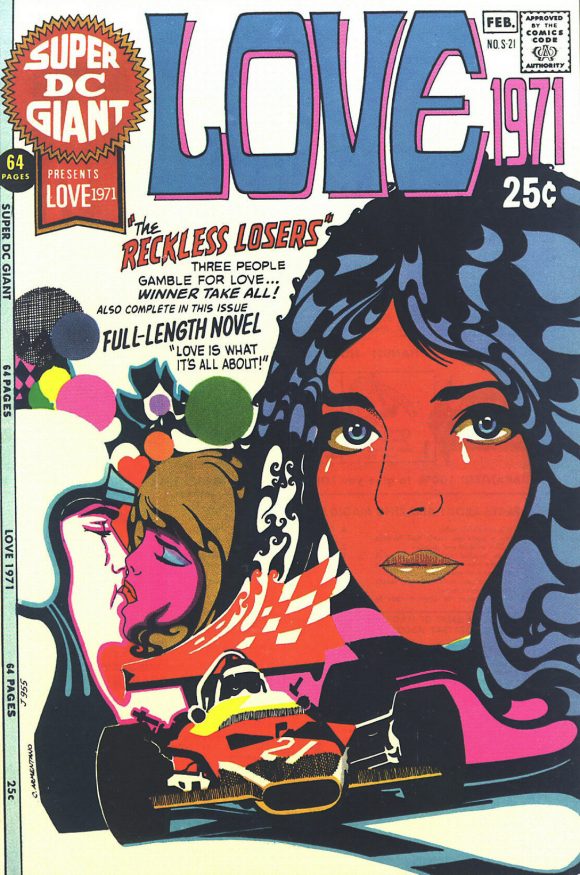 4. Fantastic Four #107, Marvel. If anyone had reason to worry that Jack Kirby’s departure would mean ruin for the Fantastic Four, they only needed to look at this bold cover that was destined to become a classic. 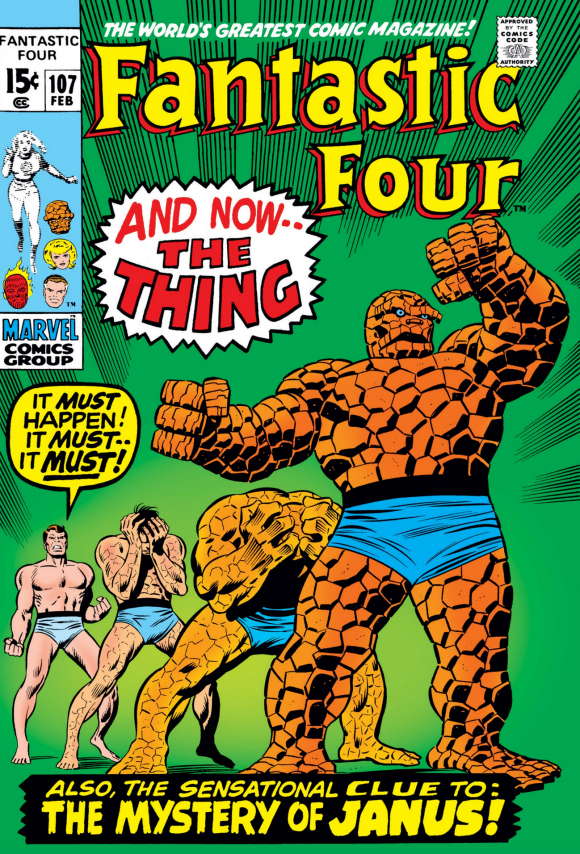 3. The Amazing Spider-Man #93, Marvel. Exhibit 4,541 in the case of Why John Romita is the Best Spider-Man Artist Ever. Ever. 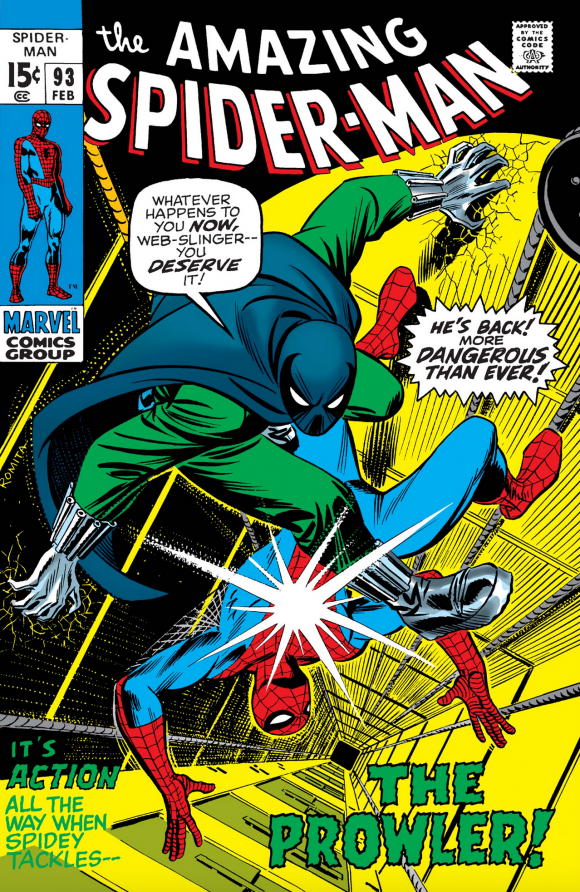 2. DC Special #10 (STOP… You Can’t Beat the Law!), DC. Go up to No. 8, then come right back. Like I said, Nick Cardy could do anything — and these two very different covers, with very different concepts and subjects are a testament to that. This is a brilliant illustration and for once the smaller image box works in the cover’s favor. Fabulous. 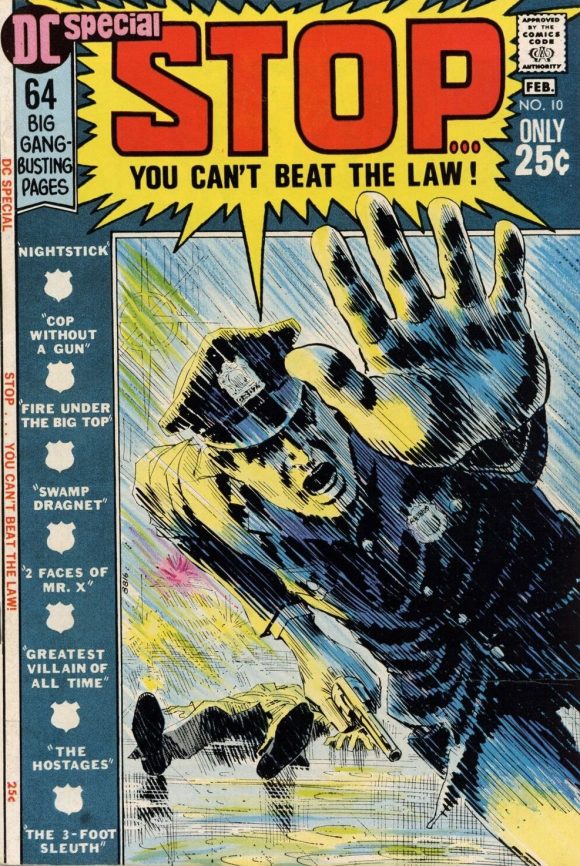 1. Superman #233, DC. Greatest Superman cover ever? It’s certainly in the running — even if Neal Adams himself says he hates it. There’s no question this one’s in the running for the best cover of 1970.