Such variety this month! Only one artist makes the list twice — Nick Cardy. Meanwhile, the rest of the line-up includes a Who’s Who of illustrators, such as Neal Adams, Mike Kaluta, Barry Windsor-Smith, John Romita, Joe Kubert and more.

Let’s dive in, shall we?

13. Archie’s TV Laugh-Out #15, Archie. What’s my favorite attraction at the park? The fashions! Reggie goes bold but I think Veronica takes the prize this time around. Love the of-the-moment appearance of the Smiley Face, which was everywhere back then. 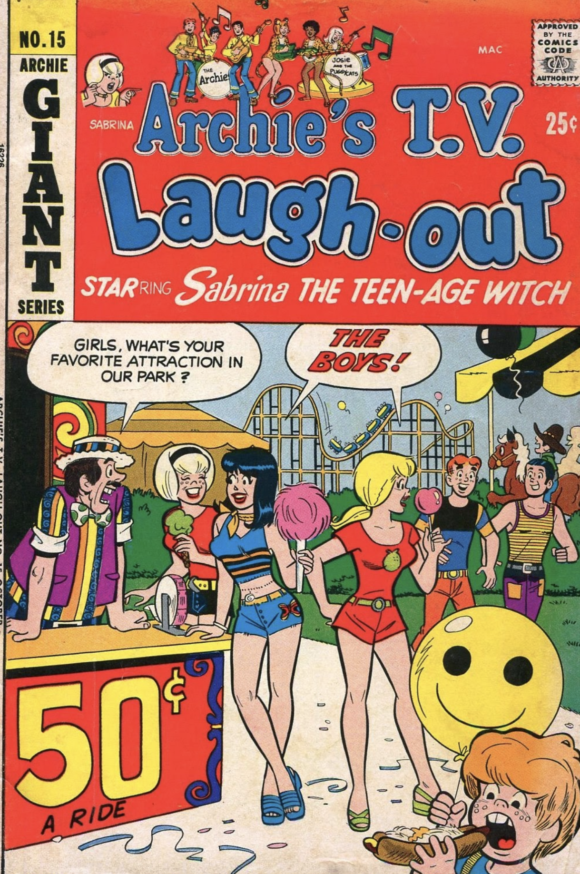 12. Monsters On the Prowl #19, Marvel. It’s a new cover for a reprint mag and in all fairness, Kirby and Ditko did it better in 1961. But huge props to George Roussos for going above and beyond in embellishing the Creature From the Black Bog. 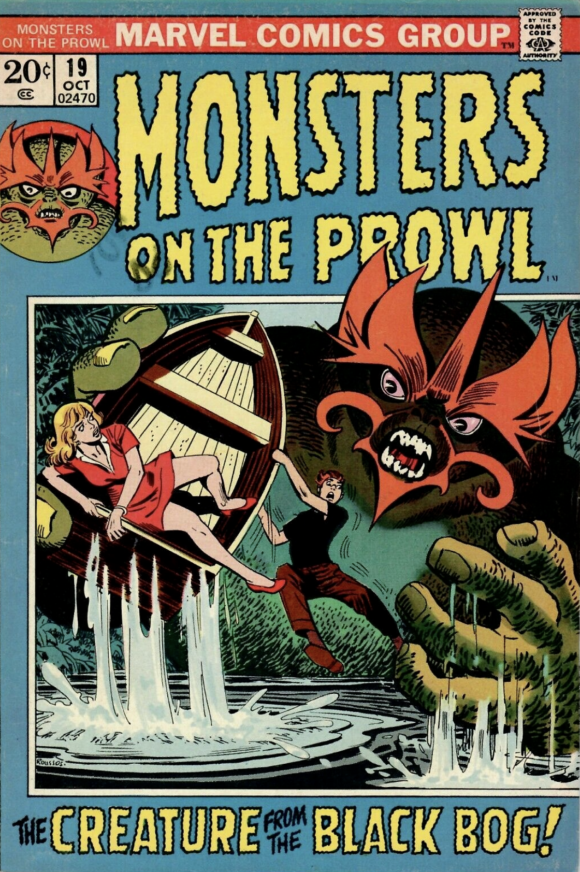 11. Adventure Comics #423, DC. Nobody drew Supergirl better than Bob Oksner but here you also get the Justice League! Those eyeglasses on the table are obviously the key to the whole thing — even the Atom gets a tiny pair! 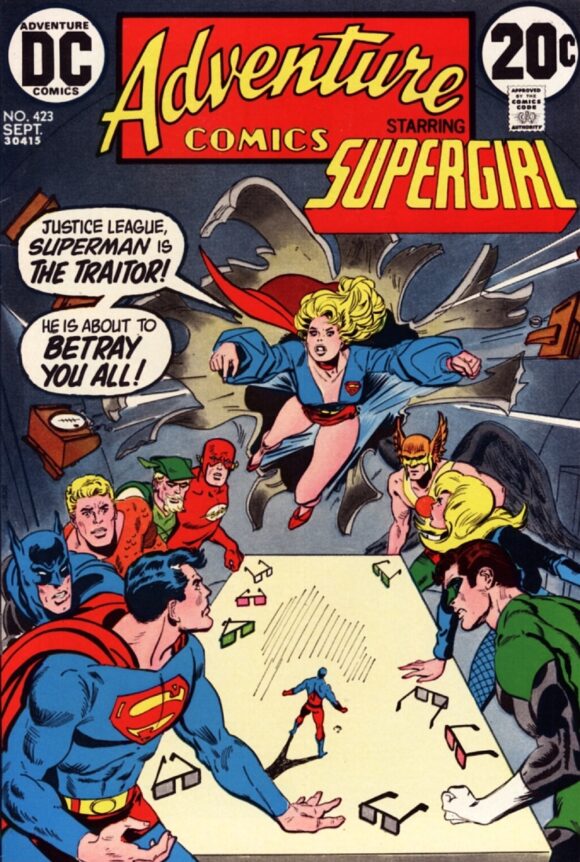 10. Friday Foster #1, Dell. A one-off produced in the wake of the successful, ground-breaking comic strip that would eventually be adapted into a film starring Pam Grier and Eartha Kitt. Let’s watch that tonight! (Oh, and click here for a terrific REEL RETRO CINEMA column on Friday Foster by Rob Kelly.) 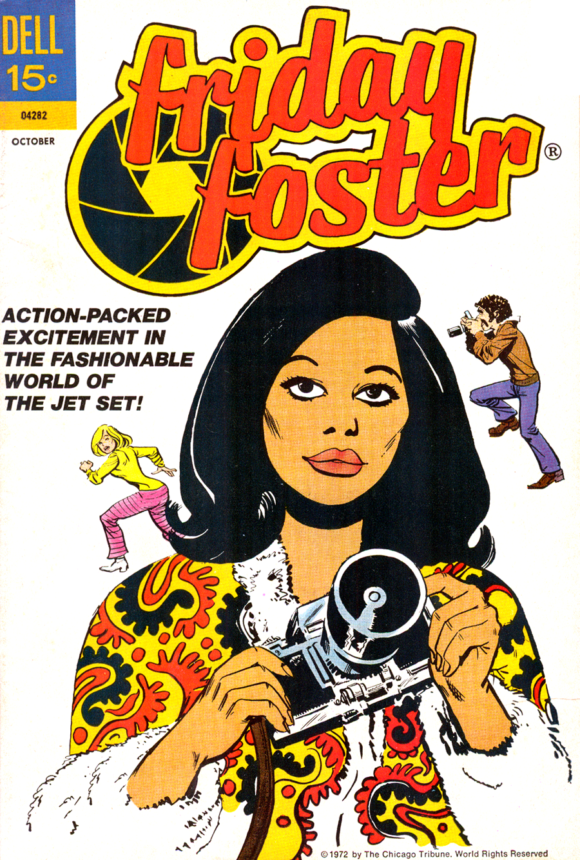 9. Wanted #2, DC. One of my earliest comics. The selling point for this little Batman ’66 fanatic was the Joker and Penguin team-up, natch. The Flash is just a groovy bonus. 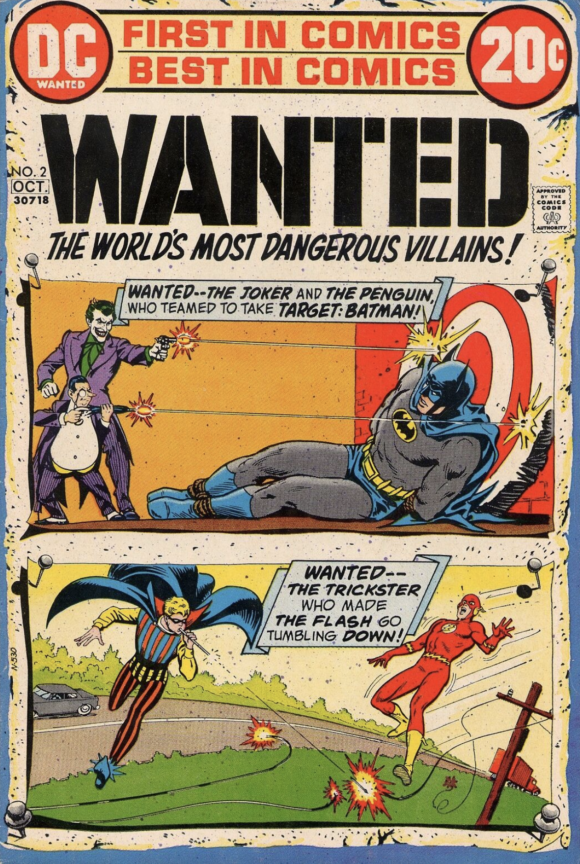 8. Tarzan Digest #1, DC. The only issue; who else but Joe Kubert would do the cover? Not only is it a great central image, I really dig the packaging and the way the black banner is set off by the colorful circle backgrounded in white. Far out. 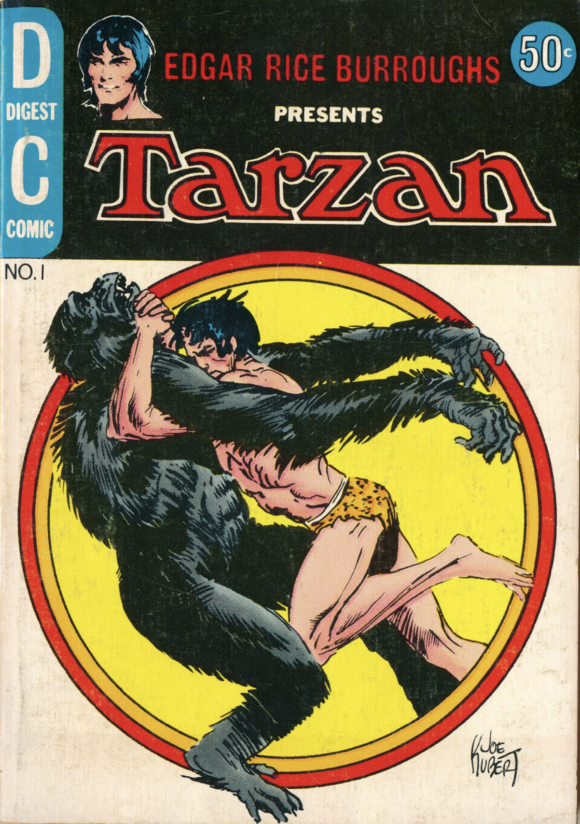 7. The Avengers #104, Marvel. Damn right, the Scarlet Witch is the baddest of them all. 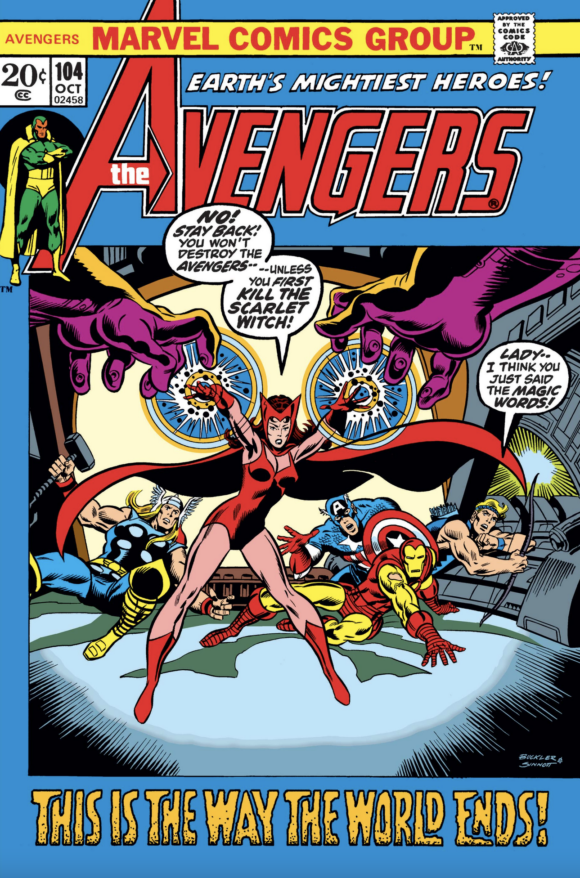 6. Justice League of America #101, DC. The middle chapter of Len Wein’s classic three-parter bringing back the Seven Soldiers of Victory. Nick Cardy plays up the cosmic scope and everything is always better with FLOATING HEADS! Plus, Metamorpho! 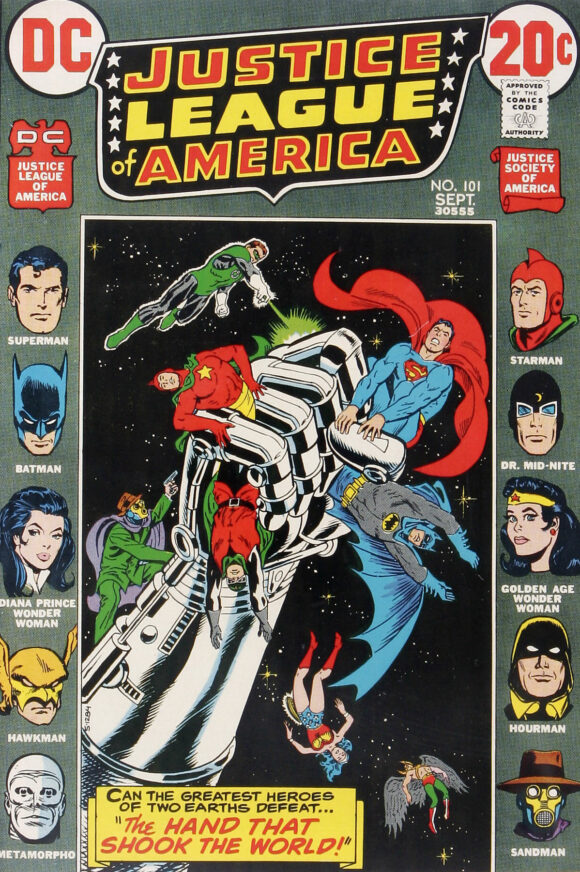 5. The Amazing Spider-Man #113, Marvel. Such a clever idea. You’ve got Spidey’s mask and a news clipping tacked together on a cork board. Not an earth-shaking scene by any stretch but looking at it you know something is up. Yet it works on a whole other level too — you feel like you’re looking into Spider-Man’s panicked mind as he’s getting manhandled by Doc Ock. 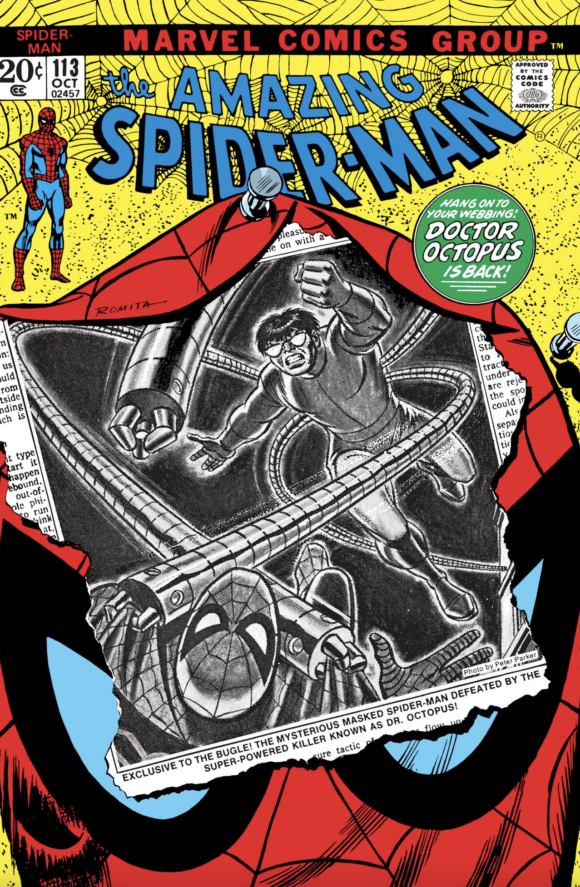 4. Forbidden Tales of Dark Mansion #7, DC. Compelling image by Mike Kaluta. Sure, there’s the symbolism of time and death but beyond that, what’s happening is a mystery. Exactly the point, right? Wish I knew who the colorist was because damn. 3. Conan the Barbarian #19, Marvel. One of Barry Windsor-Smith’s most memorable Conan covers. According to the Grand Comics Database, BWS didn’t just pencil and ink the cover, he colored it too. Gorgeous and lush. Love the classic lettering on the sail too: How many hawk heads can you find? 2. The Twilight Zone #45, Gold Key. “Hey, George, here’s one for you: We need a guy in a suit being chased by a swirl of color.” “Chased by a swirl of color?” “Yeah.” “On it.” Man, George Wilson was the best. I’ve said it a thousand times: Someone somewhere has to do a George Wilson coffee-table book. It probably wouldn’t make any money because we live in an unfair world where Wilson’s name is basically unknown but it would be spectacular.