Friday Foster stars the legendary Pam Grier as a model-turned-photographer who, like Lois Lane, just can’t help finding herself in the middle of one dangerous scrape after the next.

Friday’s boss assigns her to cover the airport arrival of multimillionaire Blake Tarr (Thalmus Rasuala), known as “the black Howard Hughes.” She’s there when an assassination is attempted and manages to snap a few choice photos of the assailants (including one played by Carl Weathers). Despite her boss’ admonitions, Friday can’t help but get involved, especially after her best friend, who just happened to be dating one of the assassins, is murdered! 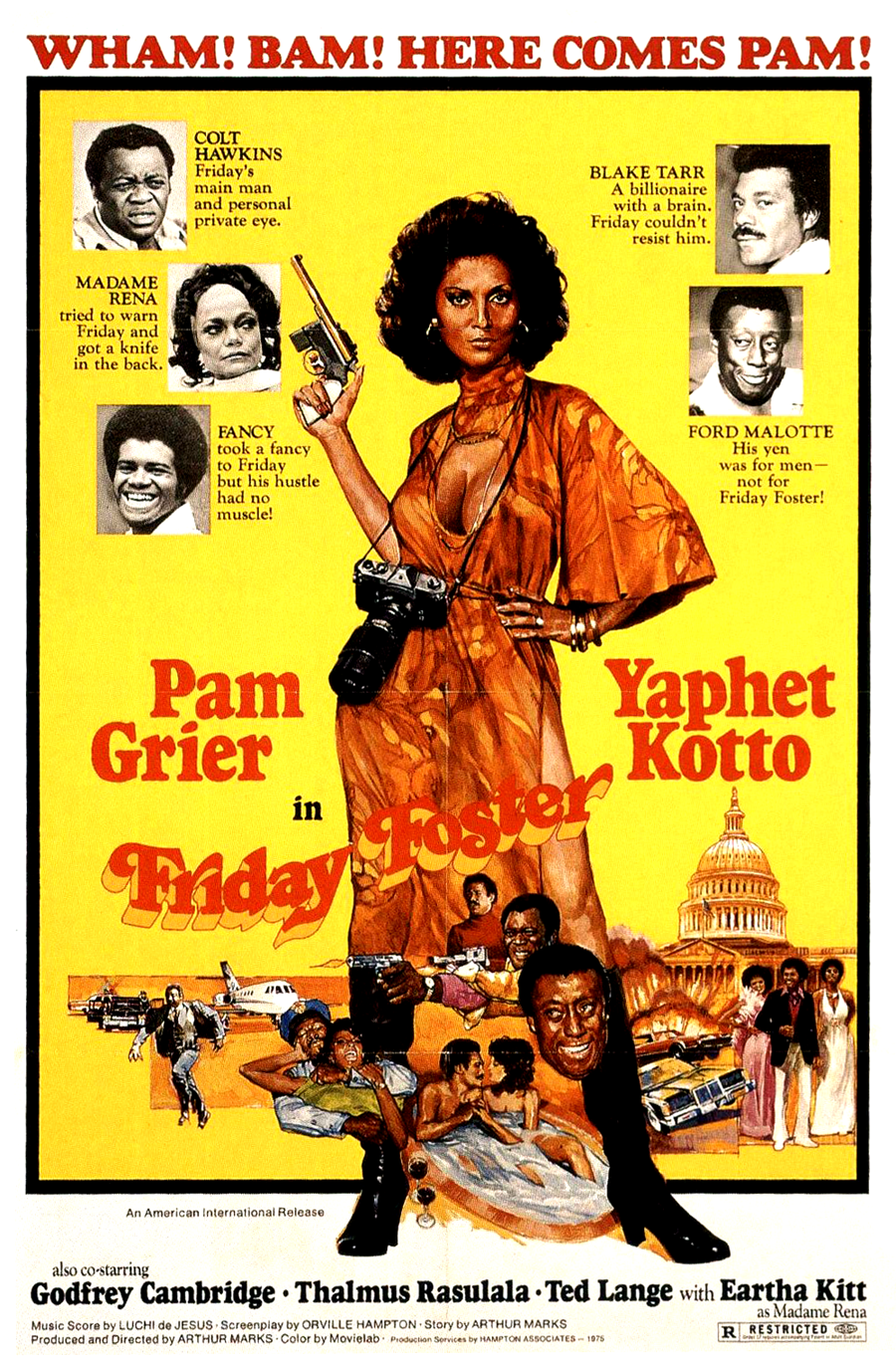 Weathers’ bad guy, named Yarbro, tracks Friday down to her apartment, which she shares with her younger brother. Friday is in the middle of a shower when he arrives (one of the reasons the film is rated R) but manages to escape getting rubbed out. Despite several further other attempts on her life, Friday keeps digging, eventually teaming up with the awesomely named private detective Colt Hawkins (Yaphet Kotto).

The trail leads all the way to Washington, D.C., where Friday learns that the attempt on Tarr’s life is just part of a larger conspiracy to kill prominent African-American leaders. There are several suspects, including a U.S. Senator, an underworld boss, not to mention fashion designer Madame Rena, played by former TV Catwoman Earth Kitt (who even breaks out a familiar purrrrr at one point). 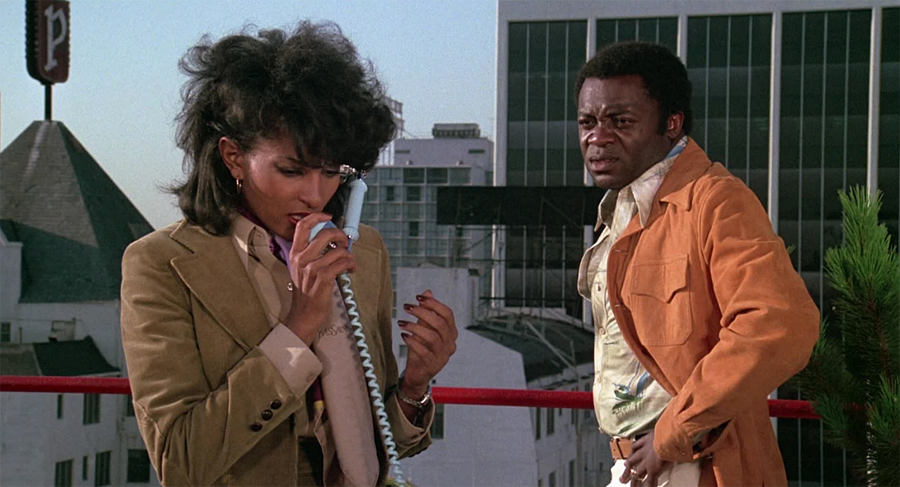 Foster is the epitome of a 1970s modern woman—she’s tough, capable and self-possessed: she casually beds down a couple of different men, and the film never presents this in anything other than a sex-positive light. Friday ends up fearlessly confronting the bad guys behind the nefarious plan, and ends the film with Grier’s 40-karat smile.

Despite all its pro-forma genre elements, Friday Foster does have some deeper stuff on its mind. It directly addresses the ideals and aspirations of the Black Power movement yet also unflinchingly confronts exploitation within the African-American community. It’s never mentioned, but it appears that Friday’s parents are not around, so it’s up to her to look out for her younger brother, to keep him off the streets. Unlike a lot of other films that would come later—which chose to address race issues via a more box-office friendly white protagonist—Friday Foster is firmly planted in the African-American experience. 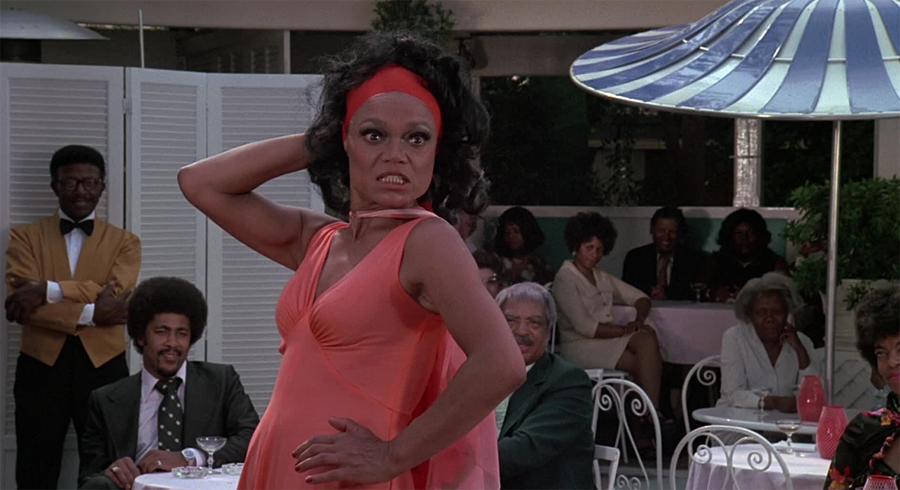 Pam Grier appeared in a string of “blaxploitation” films in the early 1970s like Coffy, Foxy Brown and Sheba, Baby. Friday Foster was her last film of this type, and essentially her last starring role until Quentin Tarantino’s 1997 masterpiece Jackie Brown. Of all the films I just mentioned, Friday Foster is most straightforward—aside from the sex and violence that earned its R rating, tonally it feels like an episode of a 1970s cop series like Kojak or The Streets of San Francisco. The movie starts with Friday already a successful photographer, and most of the characters already know one another. The opening credits, featuring shots of Friday in action, feel like scenes you might have seen in previous installments.

Part of that surely has to do with the fact Friday Foster is a loose adaptation of a comic strip of the same name. Produced by writer Jim Lawrence and artist Jorge Longaron, it was the first nationally distributed strip to feature a female African-American protagonist. Friday Foster ran for four years (1970-1974), sadly never getting the chance to benefit from the movie that bears its name, since it ended a year before the film’s release. 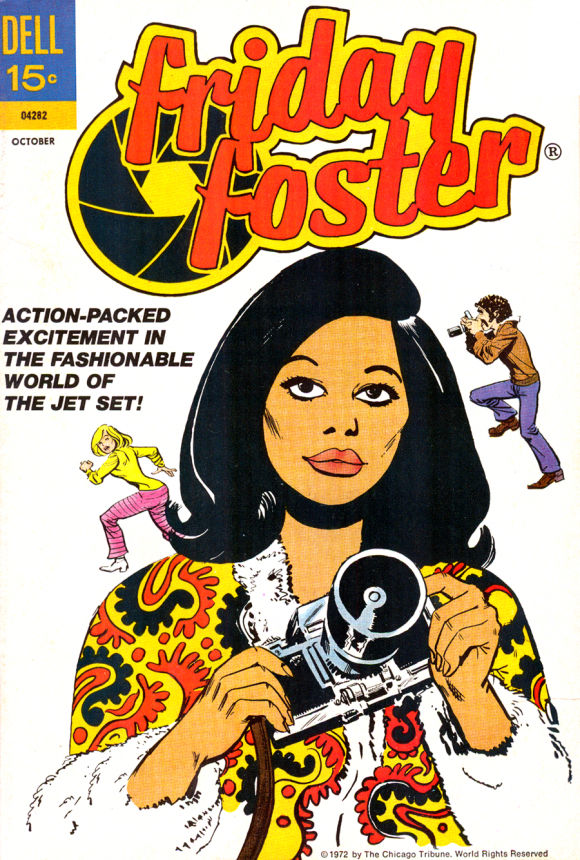 Dell Comics released a single-issue Friday Foster comic in 1972, written by the uber-prolific Joe Gill and drawn by Frank Springer. It tells its own, one-off story (“The Beautiful People”) featuring Friday having to shadow a rich and famous princess Jenny Trevor. Friday has some problems with the assignment, feeling none-too-sympathetic toward someone who seemingly has it all but does nothing but complain about how tough her life is.

Friday’s eyes are opened when she learns that Jenny is being stalked by a sleazy guy named Trask, an overly aggressive member of the paparazzi. Trask (and his mustache) will do anything to get a scoop, including endangering the life of Friday to get her out of the picture (literally!). Friday and Jenny come to realize they are “soul sisters” and, after Trask is brought to justice, our hero has a newfound appreciation for her life, and not to be so jealous of others, no matter what their life might seem like from the outside. 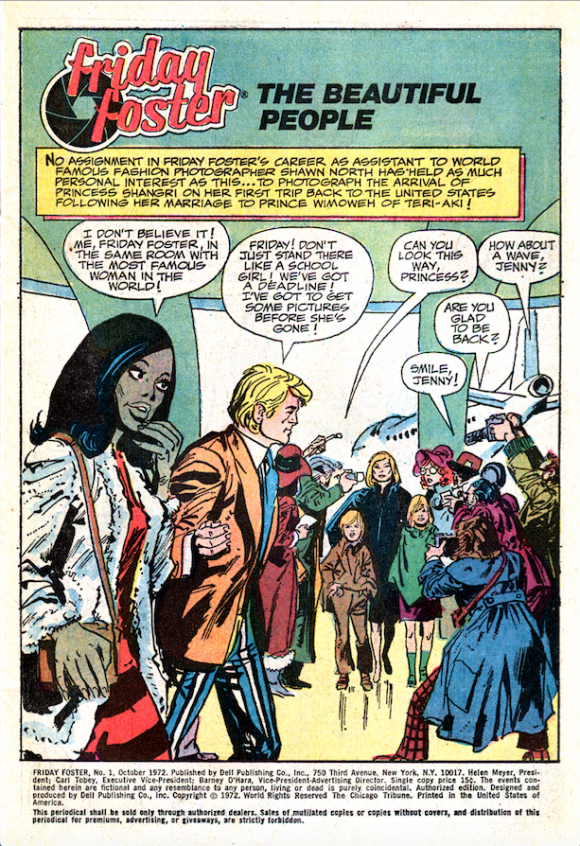 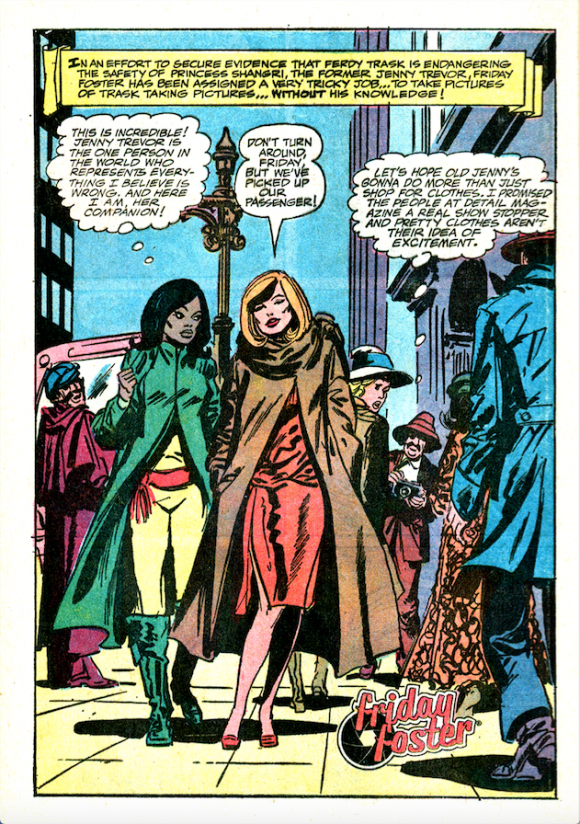 As you might guess, Dell’s gal Friday is a lot more squeaky-clean than the film version. Surprisingly, there is no romance angle here—Friday is a career-minded gal and, unlike Lois Lane, doesn’t need a superheroic boyfriend to get her out of trouble. While the story itself isn’t anything terribly special, Friday Foster is nonetheless a pretty progressive comic for the risk-averse Dell to have published in 1972. Unfortunately, there were never any more Friday Foster comics, so we never got a chance to see her further adventures. While this isn’t a “romance comic”, it surely would have appealed to the same audience, which had mostly deserted comic books by this time. It’s really too bad there never was a movie tie-in—a Pam Grier photo cover would have been, shall we say, solid.

While not as grittily memorable as some of Pam Grier’s other films, Friday Foster is nevertheless an engaging genre exercise. It features a number of good performances, an engaging plot, and some larger themes that go beyond your standard 1970s action thriller. It moves at a brisk pace and Ms. Grier is, as always, every bit a star. 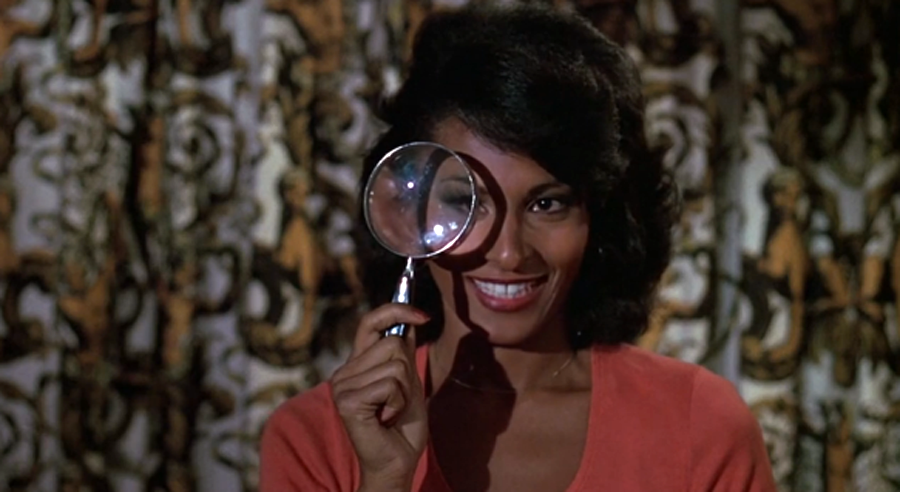 Rob Kelly is a writer/artist/comics and film historian. He is the co-host of The Fire and Water Podcast (and the host of its sister show, The Film and Water Podcast), the co-creator and writer of the award-winning webcomic Ace Kilroy, and the creator of the book Hey Kids, Comics!: True-Life Tales From the Spinner Rack. He would like to give a special “Right On!” to Jacque Nodell of SequentialCrush.com for helping with scans of the hard-to-find Friday Foster comic.