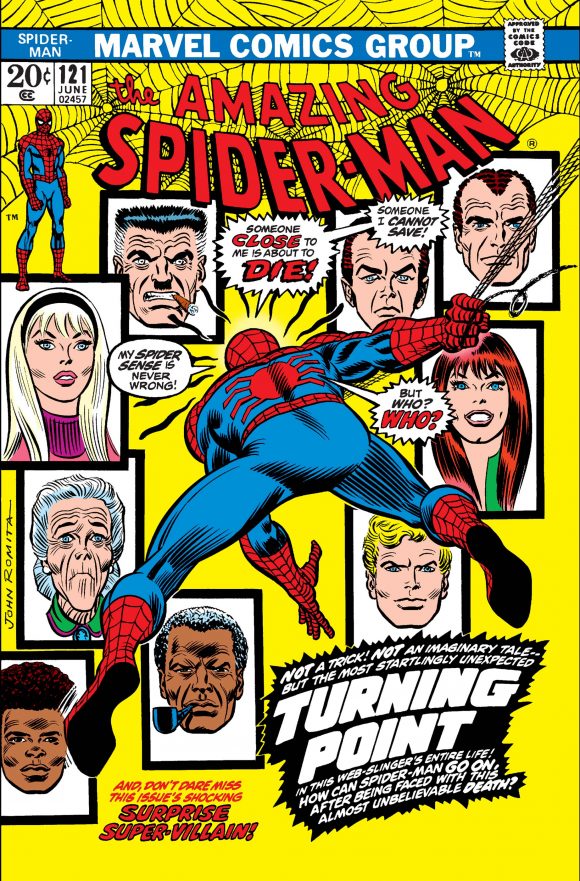 Oh, hey, welcome back! If you’re just joining us, this is my semi-regular recap of my epic Spider-Man reread — and it’s been a blast. Dan and 13th Dimension have been kind enough to post my musings, and the response has been lots of fun. So, let’s get into it.

Well, now we’re cooking with gas. We’re at about Issue #125 of The Amazing Spider-Man and, wow, lots has happened. 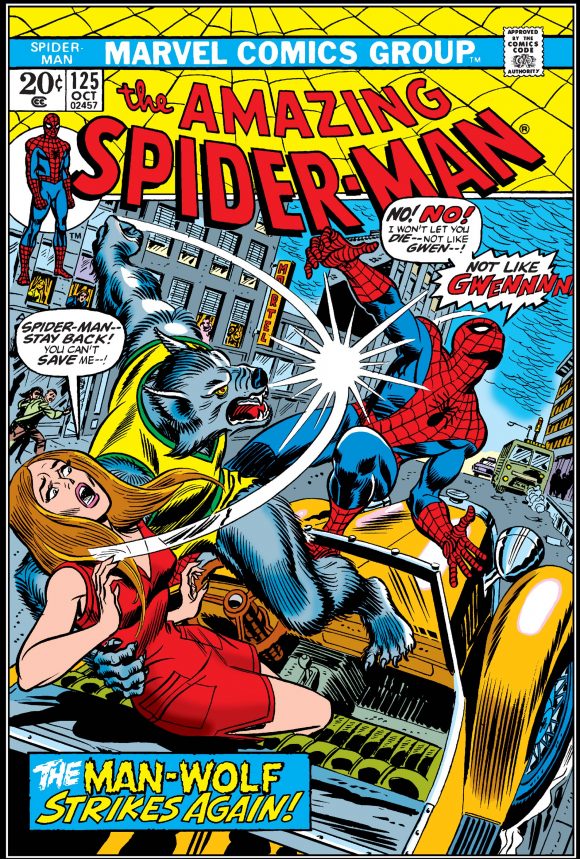 When we last spoke, Gerry Conway was about to step in as the regular writer, replacing the legendary Stan Lee, with art duties split between Gil Kane and John Romita — with the two sometimes sharing the gig.

So, after a fun, low key start that included an interesting Doc Ock/Hammerhead gang war and a two-part Hulk crossover (along with a remixed/remastered three-issue run that was basically a re-do of the Lee/Romita Spectacular Spider-Man #1 magazine that didn’t quite work), Conway and Kane kick down the door and make history with 1973’s death of Gwen Stacy and the Green Goblin. 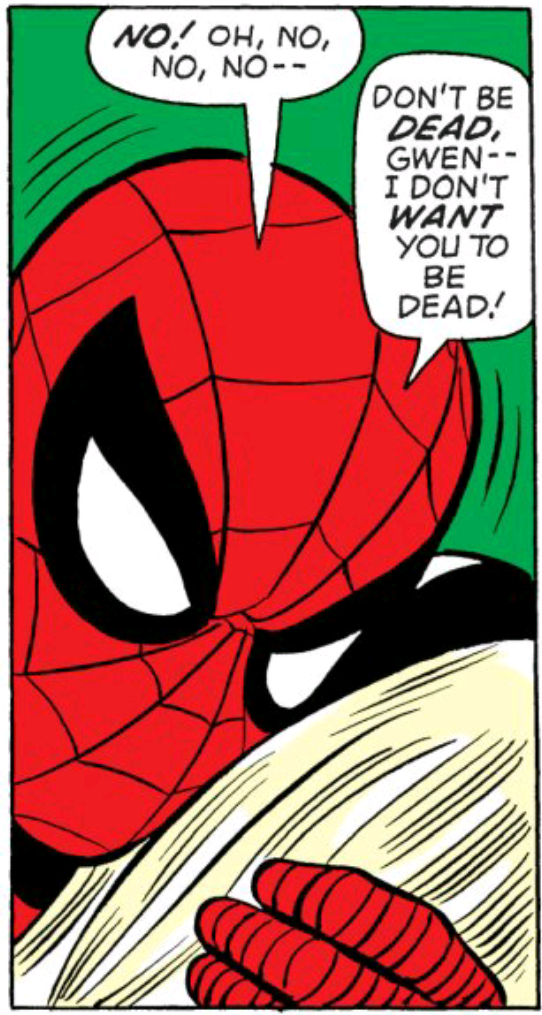 The aftermath feels intense, meaningful and well crafted. Conway is firing on all cylinders, juggling multiple plot threads, creating strong A and B plot conflict and keeping some mysteries going — like the shadowy figure that removes Norman’s costume. We know who it is now, but the way Conway rolls it out is smart, smart, smart.

These issues move fast , and while the series needs to keep Spidey fighting new villains and stumbling into fights with heroes like Luke Cage, Conway manages to maintain the intensity of Gwen’s death, while also adding some depth and weight to characters like Mary Jane, Harry Osborn and even Flash Thompson. These three were mostly background noise for the tail end of the Lee run, so seeing Conway tinker with them — MJ trying to be a supportive friend but clearly in love with Pete; Harry’s conflict over his dad’s death and his own addictions; Flash processing Gwen’s demise – is a real treat.

The artwork is fantastic, and Kane/Romita do a great job giving these issues a modern but also timeless feel. 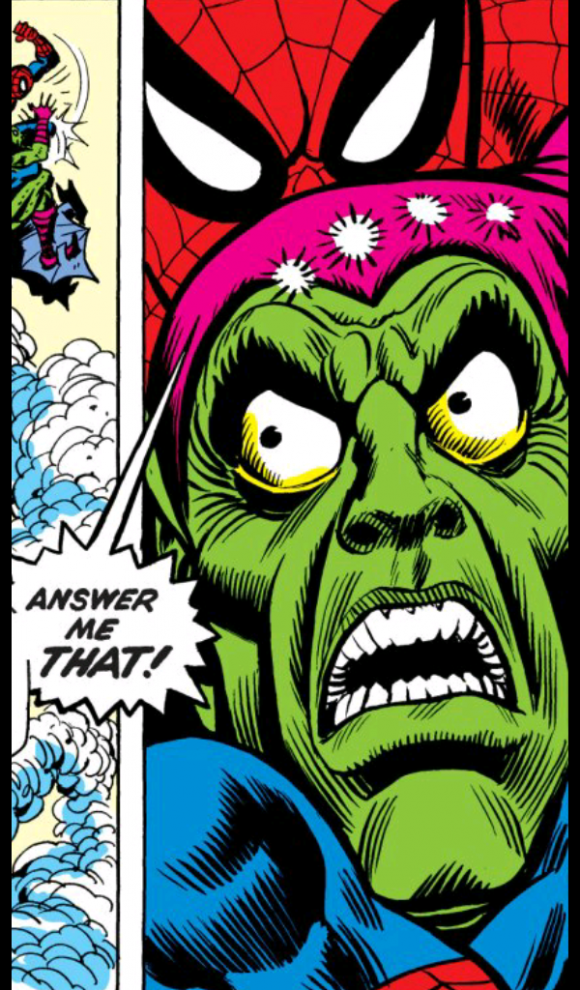 — JJJ introduces Robbie to his son, John Jameson, in the first Man-Wolf story. But I’m pretty sure they met early in Robbie’s history.

— My one quibble is we don’t really see Gwen much in the issues leading up to her demise. Pete is in Canada, and while she shows up here and there, there’s no meaningful exchange between the two lovers until she dies. Did I misread somewhere that Conway said Gwen was a more interesting character dead? I can’t really argue that, because for a while toward the end of the Lee run, she fell into the same trap that felled Betty Brant before she left Pete for Ned Leeds — she wasn’t given much to do except be mad at Peter. In just a few issues, MJ has made huge strides that we never saw a writer give Gwen, which is a shame.

— The remixed Spectacular Spider-Man #1, in color with new pages from Romita to weave the story into the current continuity, is clunky but still fun.

— The Aunt May/Ock relationship is so weird and awkward but super-entertaining. 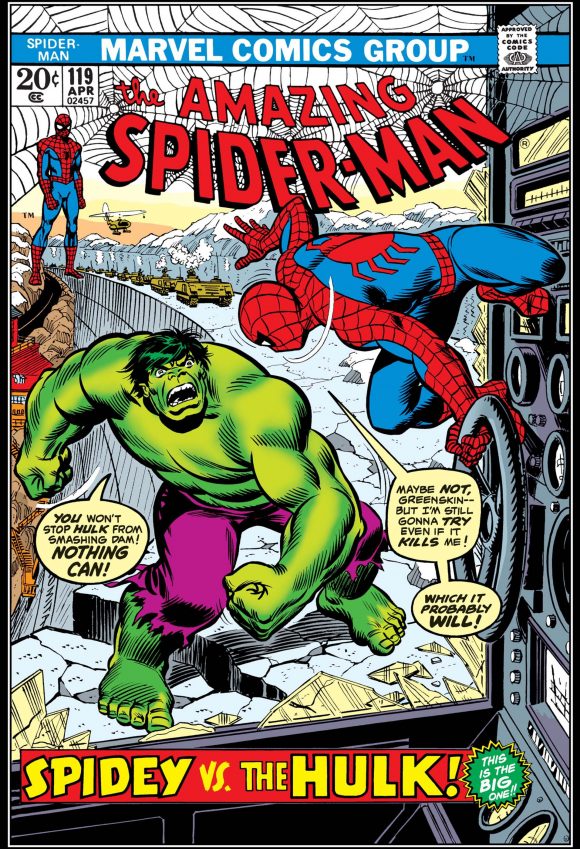 Hey, this was my first Spider-Man issue! — Editor Dan

— Out of the gate, Conway introduced Hammerhead and Man-Wolf, tidied up the Gibbon, killed Gwen Stacy and Norman Osborn, and gave Aunt May a new status quo. Impressive!

— In terms of Marvel Team-Up, as I noted before, I’m not going to be super strict about reading it, though I will dive in from time to time as a change of pace.