A SPIDER-MAN Landmark: Revisiting the DEATH OF CAPTAIN STACY

THE SPIDER’S WEB: Plus, big props to Gil Kane and John Romita!

Welcome back, kiddos — hope you’ve been enjoying these quick-hit reactions to my epic re-read of Spidey’s early stories, starting with Amazing Fantasy #15. Currently, I’m around #90, the 1970 epic Doc Ock battle that — do I even need a spoiler alert here? — takes Captain George Stacy (Gwen’s dad).

But let’s backpedal a bit to Issues #84-#85. Art-wise, after a string of issues handled mainly by John Buscema — chef’s kiss — John Romita has returned and the two close out the Schemer/Kingpin arc. (Look, the Schemer is a lousy villain, but he has a fun costume. And the twist, which wasn’t hard to decipher, makes for an interesting, if a bit predictable, drama.) Anyway, Richard Fisk will be back as the Rose, eventually, and that will serve him well for a while. In the meantime, the story leaves Kingpin comatose and ripe for an eventual reimagining by Frank Miller (though I do think he makes a few more appearances before that). 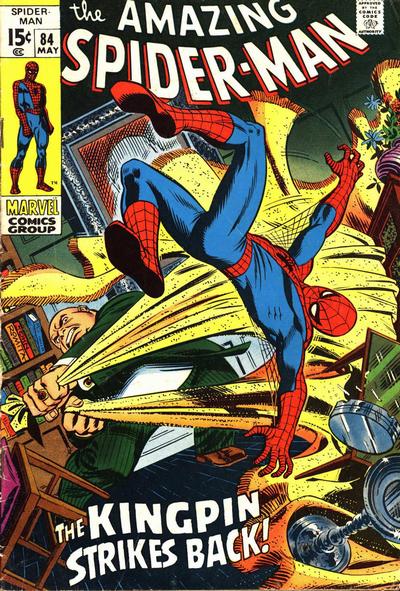 And the art is about to get even better! The amazing Gil Kane joins the team with Issue #89, with Romita on inks, and, wow, are these pages something else. I mean, I love Steve Ditko and Romita (and Buscema is a sterling, A-List sub for JR), but the Kane/Romita pairing is downright magic — dynamic, beautiful and epic-feeling. Special stuff, and I wish it’d lasted longer. 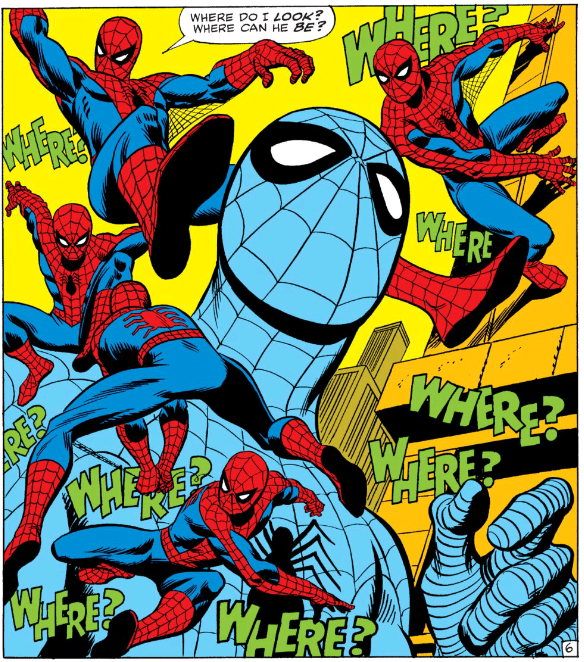 Stan Lee’s writing seems to have picked up, and the connective tissue between stories seems to be growing stronger: We have the great episode where Peter gets the flu and believes his powers are gone, so he reveals himself to his friends, then has to find a way out of it. (Issue #87.) We see him face off against Black Widow — which, side note, is not a great moment in lady superheroics… she seems more concerned with her new costume than much else, and wants to basically figure out where Spidey gets his powers so she can have them, too. (Issue #86.)

Stan’s getting incrementally better in terms of diversity and writing strong female characters, but at this point, there’s still a long way to go. Captain Stacy, a supporting character I love and whose death is really game-changing for the series (and, arguably, more intense than Gwen’s upcoming demise), often tells Peter not to worry about Gwen — his longtime girlfriend! — being mad at him because “women are driven by emotions.” Anyway, the pace of the stories has kicked into high gear, and the threats — an enraged Kingpin, Doc Ock, Peter grappling with his identity, the death of a core supporting cast member — feel much more forceful and less “villain of the month.” 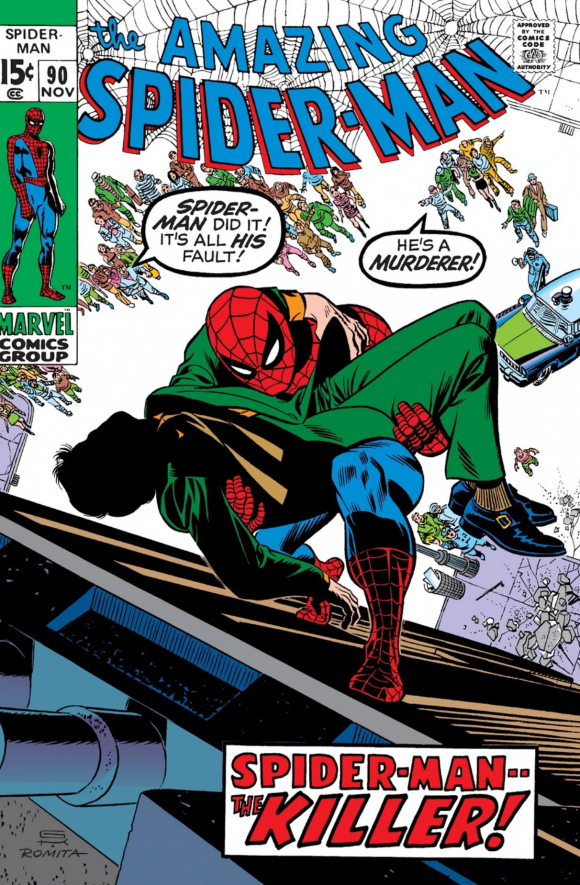 If you’re a modern comics reader and you go back to enjoy some of these older comics, specifically the ’60s Marvel stuff written/co-plotted by Stan, the first thing you’ll notice is that they move very fast. Not just plot — but that’s speedy, as in, Spidey will fight and be done with a villain in an issue or two — but people’s emotions and reactions. One minute, Pete is bemoaning being broke, then he’s flipping out at Gwen for asking what’s wrong. There is no room for over-analysis and, I have to say dear reader, I kind of love it. It makes for great casual fun and while the plot threads carry over and you feel some over-arching momentum, you’re OK putting the book down for the night but also eager to come back to it to see what’s next.

The easy comparison is the origin – “Ultimate Spider-Man took six issues to tell the story that Stan and Steve did in one, yadda yadda…” That’s generally right — but a bit unfair, since times have changed and the Ultimate tale has much more character heft to it.

But my point is these are fun to read, and they strike the balance between accessibility and giving fans enough to stay hooked. 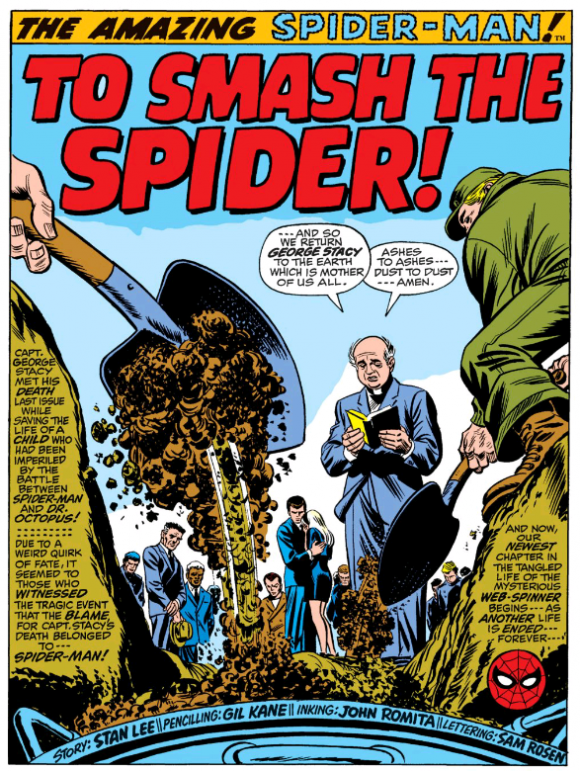 — We’re barreling toward Amazing Spider-Man #100 — which, as a kid, was one of the first “classic Spidey” issues I read (a Marvel Tales reprint with a killer Moebius cover that still terrifies me!).

— Then there’s a story featuring Morbius, the Living Vampire — one of the better, post-Lee/Ditko/Romita villains — and on to #121, which is another game-changing moment for Spidey, as you know. I’m curious to revisit Stan passing the baton and how things change with Gerry Conway at the helm.

— Hey, if you’re interested in more of my Spider-ramblings, check out my piece at LitReactor about how Peter Parker inspired the main character of my mystery-novel series, Pete Fernandez. (Click here.)

— THE BIRTH OF THE PROWLER — and the Coming of the Kangaroo?! Click here.