Something a little different for this week’s Neal Adams Interviews: The artist discusses what just might be his most famous image of Batman:

The gist of this series of interviews – an offshoot of my BATMAN’S HOT-LINE column – is to get Adams’ perspective on some of his best-known covers featuring the Darknight Detective.

But there’s one image of Batman he drew that bears its own discussion – an image that became a cover only after the fact.

In the climactic sequence of 1973’s Batman #251 – a classic showdown with the Joker written by Denny O’Neil – the Caped Crusader bolts down the beach in pursuit of the Clown Prince of Crime. 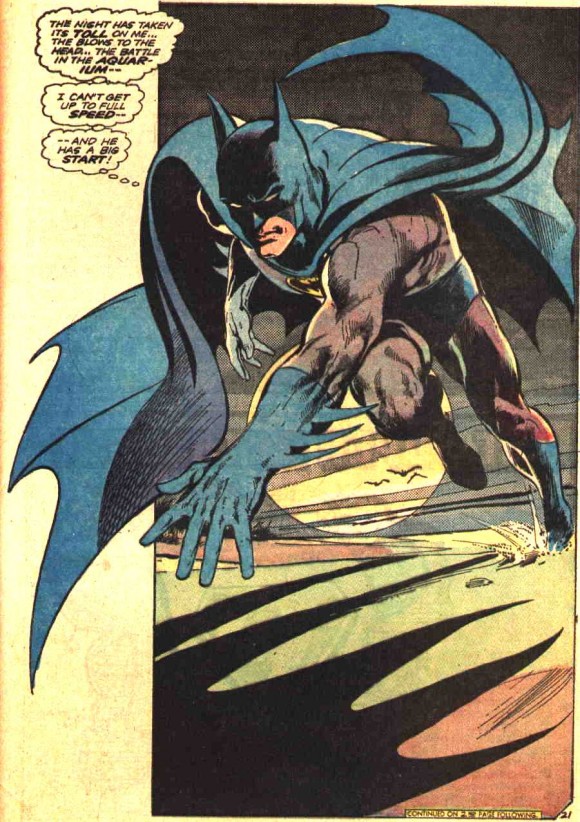 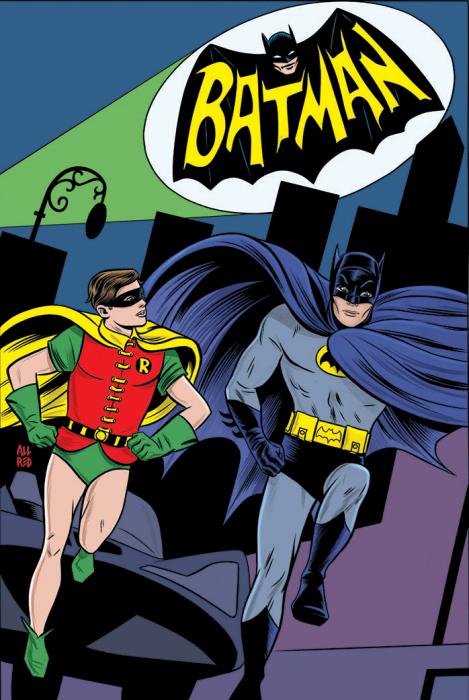 Adams explained that his Batman image was borne of watching sprinters and speed skaters.

“Well, if you really watch runners,” he explained, “when they take off, they’re right on the ground. They go forward and until they reach their speed, they can’t straighten up. Because they’ll fall. So they run like that. And their hands are right by the ground.

But he was right, and its what gives the image its explosiveness.

DC loved the image so much, the editors trotted out a version of it to front its treasury-size Batman Limited Collectors’ Edition #C-25. (Notice Batman wearing his utility belt. The Joker had removed it in the original version.)

And in 2003, another version was used for the cover of the hardcover collection “Batman Illustrated by Neal Adams Vol. 1,” which is now available in paperback. 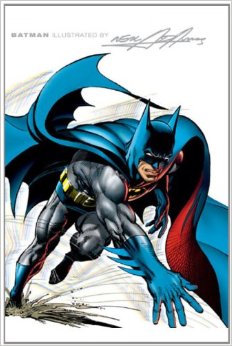