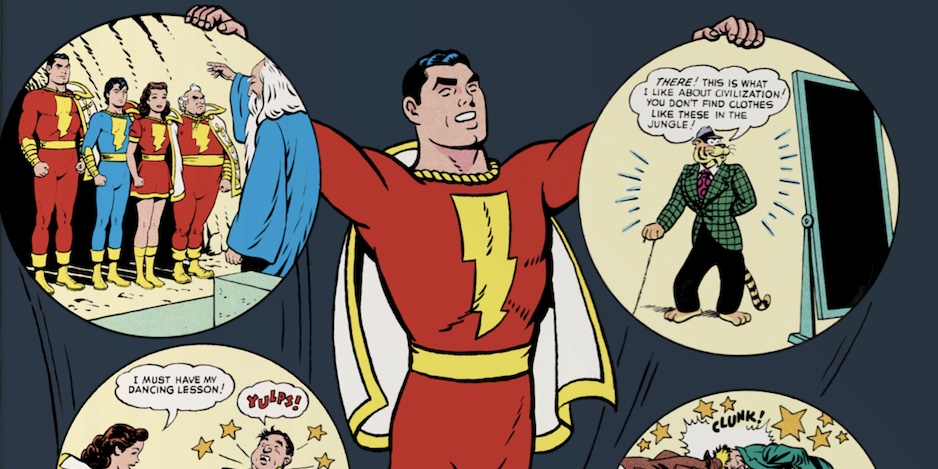 It’s hard to believe that DC Comics rejected a new, completed C.C. Beck cover for a slightly different — and less interesting — one but that’s what happened back in 1973.

DC’s Dollar Comics titles, containing new stories and reprints, were a much-ballyhooed success in 1978 but the publisher had long experimented with a larger page-count format, reprinting stories from their vast library in the ’60s with the 80-Page Giants, and in the 1970s with various collections, including the 100-Page Super Spectaculars. The Spectaculars generally featured a theme tied into an anchor character like Superman, Batman, or the Flash — although sometimes the title featured a cornucopia of heroes or, in one case, a series of love stories. The titles were a bargain for cost-conscious kids, especially those who wanted to dip into DC’s storied history.

The Spectaculars had an unusual numbering system that morphed into a style similar to the tabloid-size Limited Collectors’ Edition, with each issue prefixed with “DC-” (e.g. DC-10, DC-11, etc.) although some issues also featured the numbering of the title of the anchor character. The 100-Page concept was eventually subsumed into many main titles of the time: Batman, The Flash, Superboy, Superman, and others, including Shazam! 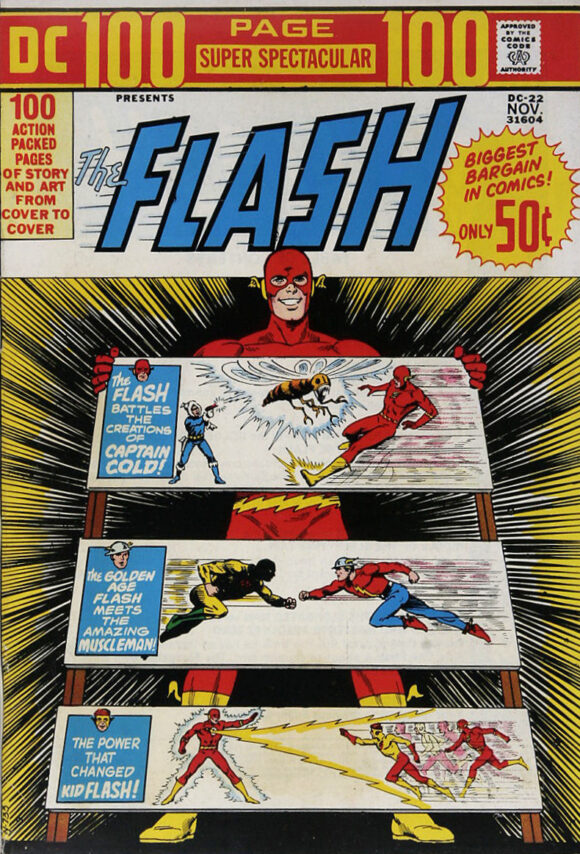 But prior to this, the last formal 100-Page Super Spectacular issue was scheduled to be DC-23, a Shazam! issue, and it was announced in the letters page of DC-22 (Nov. 1973), which starred the Flash (above). 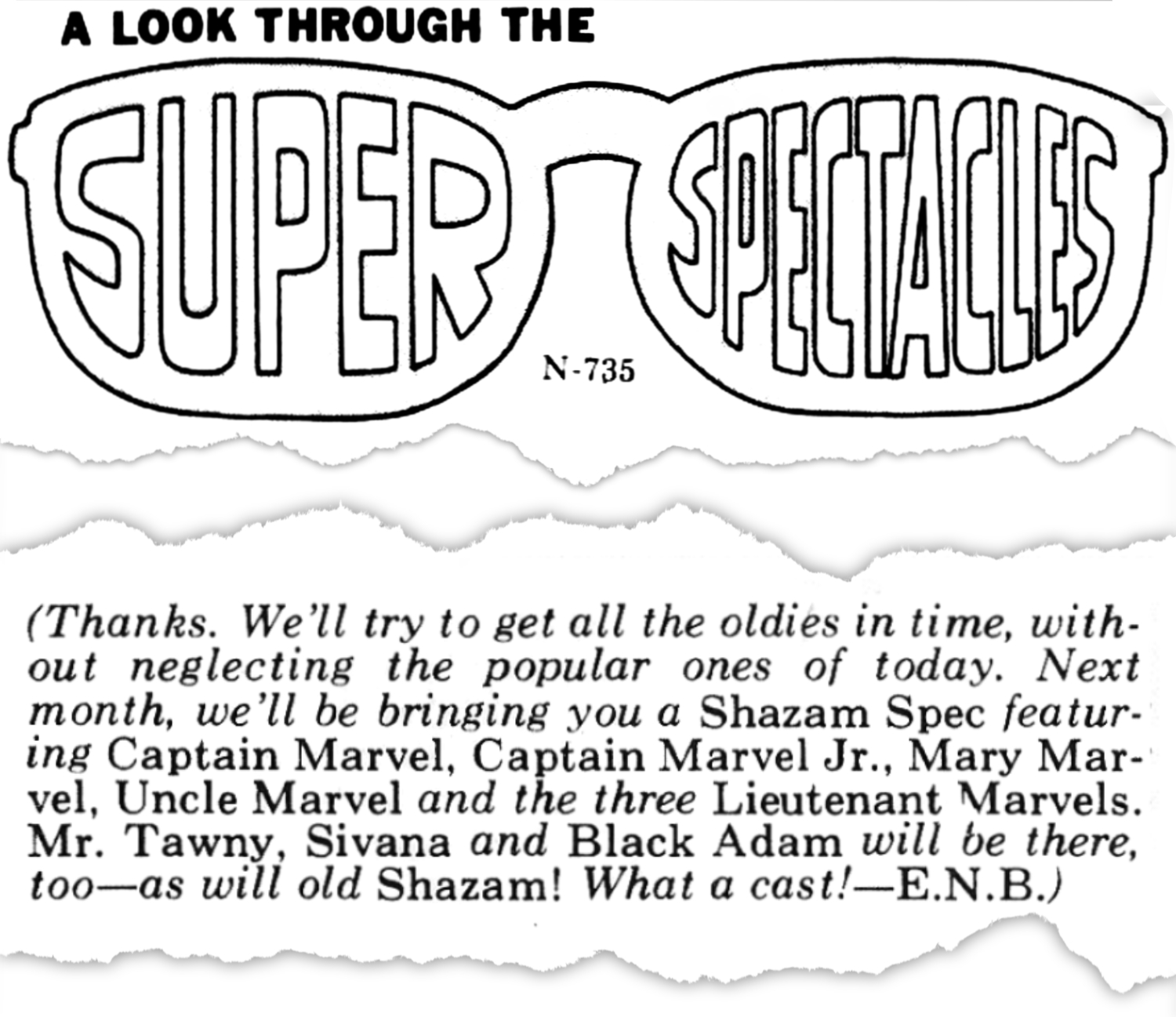 But it was not to be as DC-23 never saw the light of day — at least under the title of 100-Page Super Spectacular. Rather, it was published as Shazam! #8 (Dec. 1973) and it featured all the stories that E. Nelson Bridwell promised in DC-22. 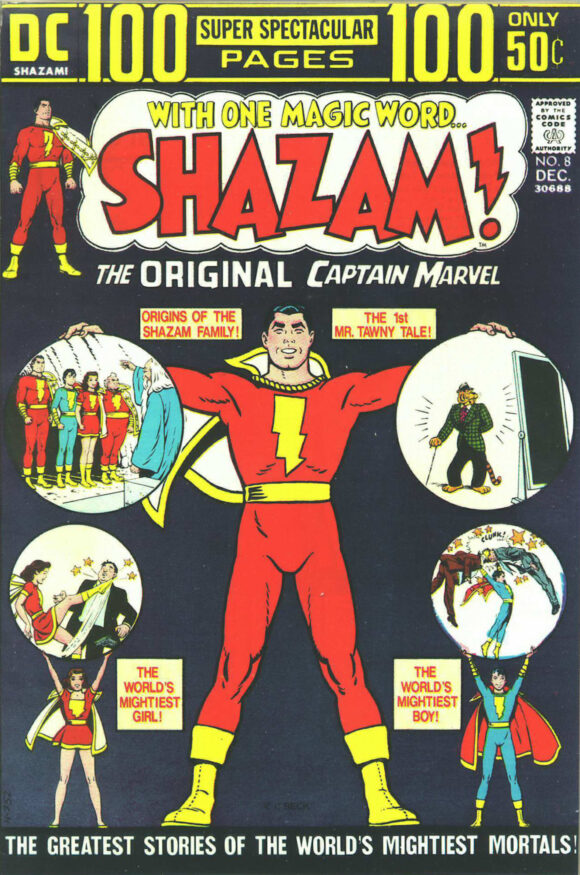 It was even promoted in a DC house ad: 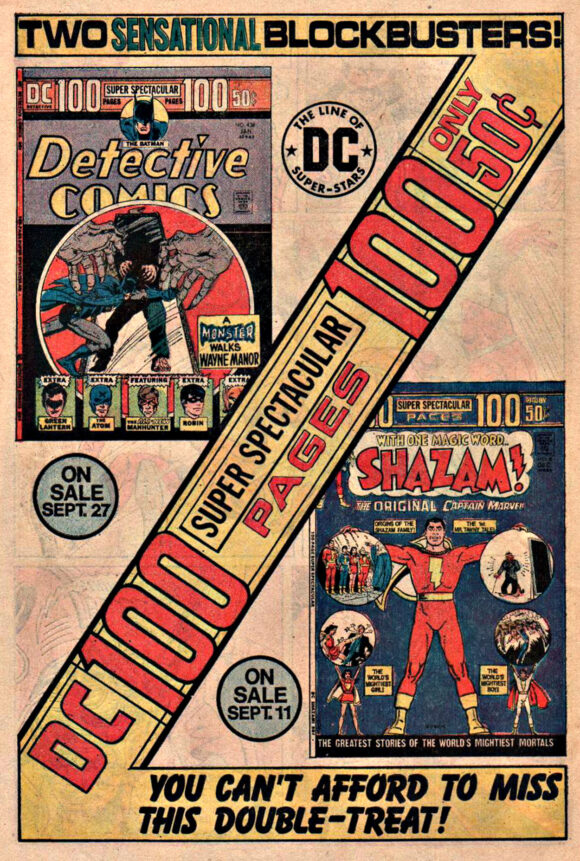 And that would be the end of it until Erik Larsen, the Image Comics co-founder and writer/artist of the long-running Savage Dragon, posted on Twitter that he had purchased an alternate cover — one that C.C. Beck drew for the ill-fated 100-Page Super Spectacular #DC-23!

The cover is kind of a mystery in itself. It features the original Super Spectacular banner and trade dress — only this time with a 10-cent price increase to 60 cents. 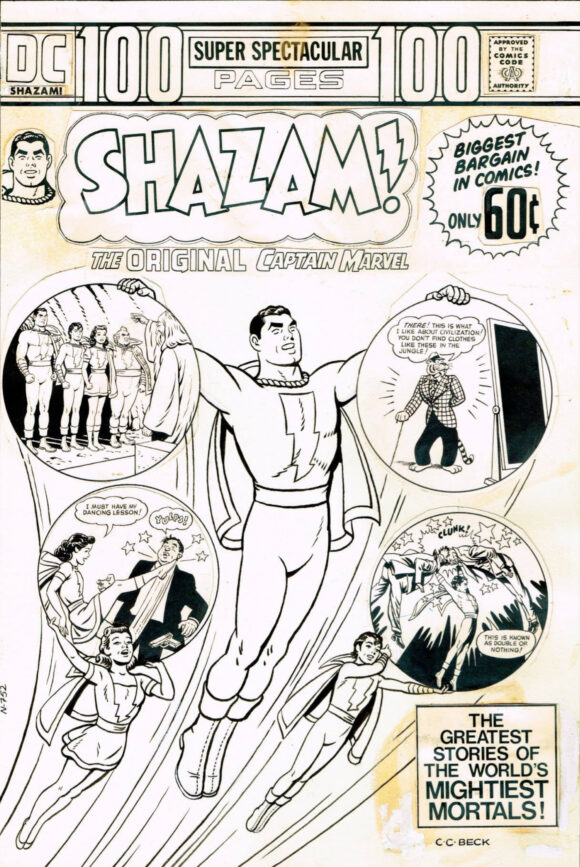 Originally, I thought that maybe DC’s intent had been to test-market an alternate Shazam! #8 cover with a higher price point — but I was far from the truth. It was Lieutenant Marvel Brian G. Philbin who set me straight (click here) after the cover was posted in the Facebook group The Captain Marvel Club. (If you’re a Captain Marvel fan and haven’t visited the group, you’re missing out!)

Brian is the author of the MetropolisPlus.com website, which features a lot of great content, including a sweeping overview of the 100-Page Super Spectaculars, the early days of the original Captain Marvel at DC, and some amazing feats of recoloring!

With that, I couldn’t leave an uncolored Marvel Family cover out there, so with some minor trade dress adjustments, I colored it while trying to keep it as close to the color scheme of the published Shazam! #8 as possible. 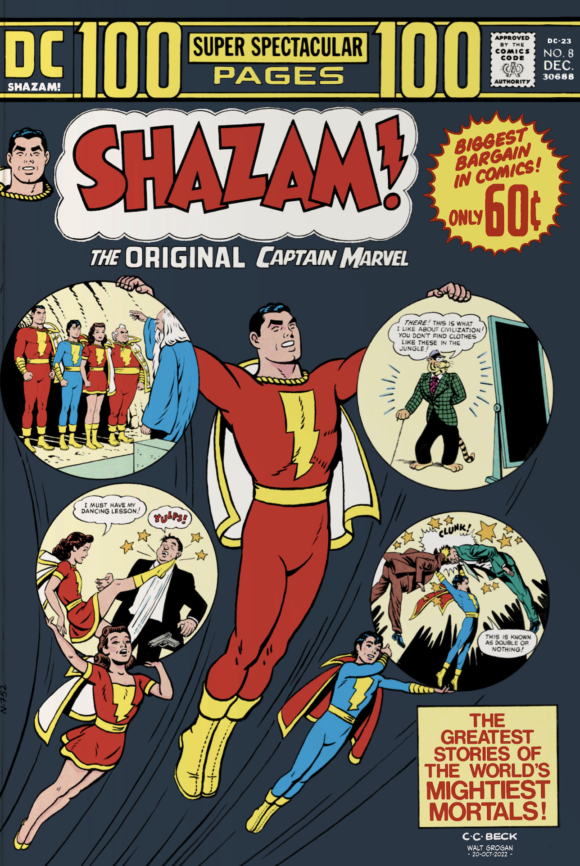 I really like this cover much better than the redone Shazam! #8. Beck unintentionally proved with Limited Collectors’ Edition #C-21 (Summer 1973) and Shazam! #8 that a half-profile Cap face is better than one face forward. I also think that the word balloons work better in the call-out bullets than the dead space in the published Issue #8. And the entire Marvel Family is more dynamic, especially Cap! 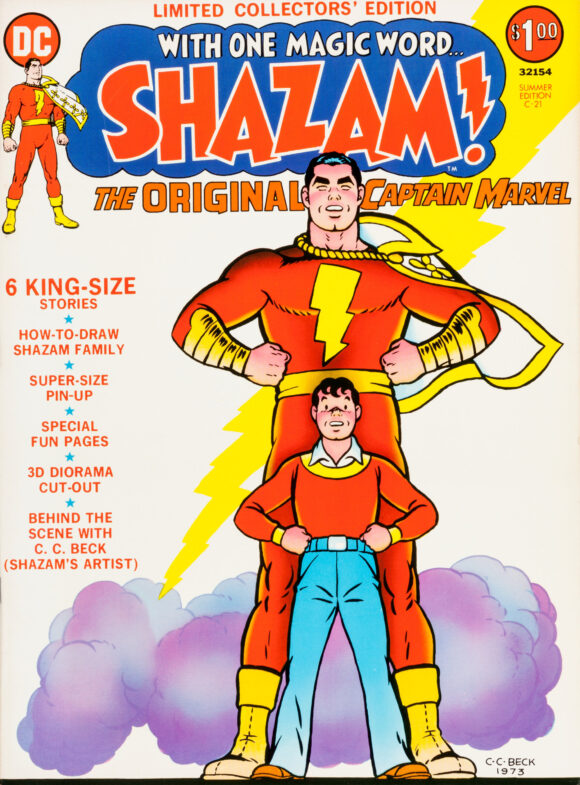 And to finish this off, I noticed that Beck seems to have used the cover of Marvel Family #41 (November 1949) as partial inspiration for this cover. 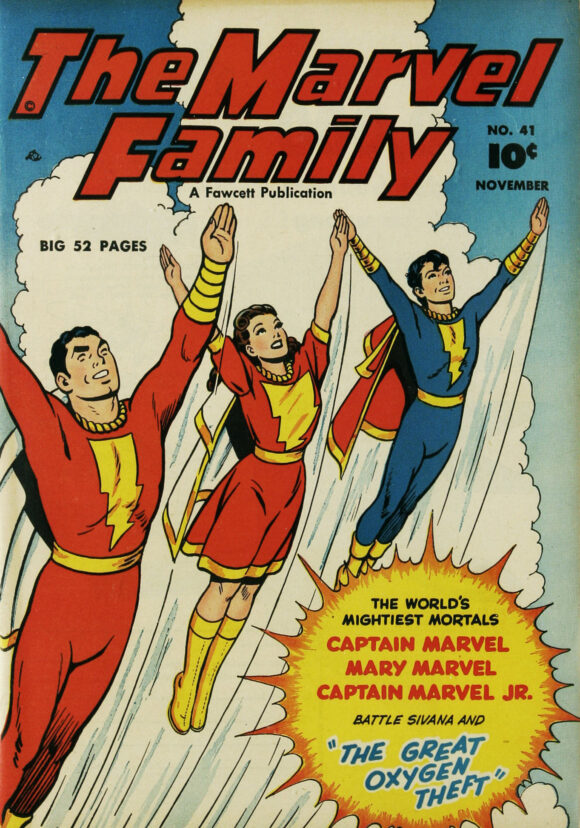