THE GREEN LANTERN: Morrison and Sharp Pay Homage to O’Neil and Adams

SNEAK PEEK: The Hard Travelin’ Heroes are back! 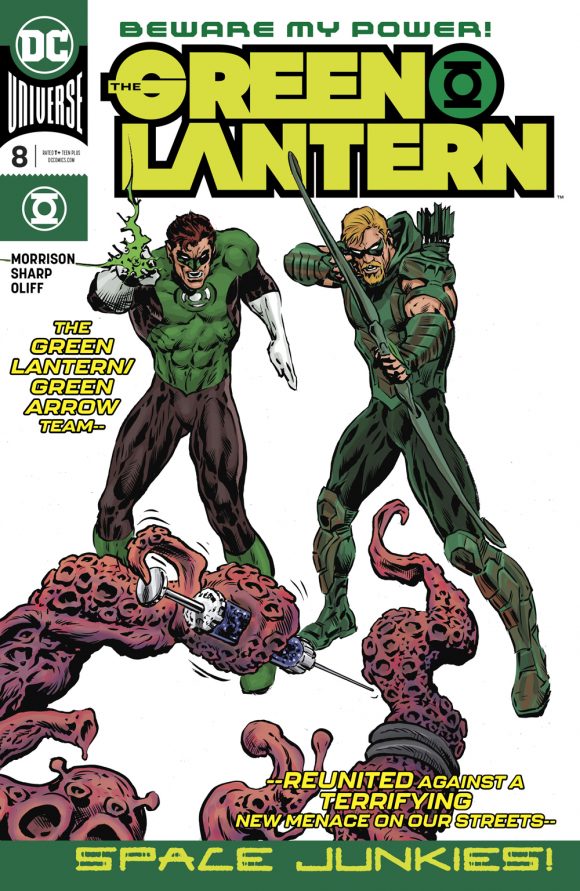 Oh, man this just too much damn fun.

If you’re not reading Grant Morrison and Liam Sharp’s The Green Lantern, you are most certainly missing out. As he does, Morrison has distilled Hal Jordan down to his essential self, while adding all sorts of wacky trappings and scenarios that both augment and amplify what makes history’s greatest Green Lantern so great.

For the most part, the first seven issues were infused with Silver Age-yness, with appearances by stalwarts like Adam Strange and relative obscurities such as Myrwhydden.

But in Issue #8, out June 5, Morrison and Sharp go full-on Bronze Age by reuniting GL with best buddy Green Arrow.

Just dig these three unlettered pages from the opening sequence, which riff on the first pages of the classic Green Lantern #76, by Denny O’Neil and Neal Adams: 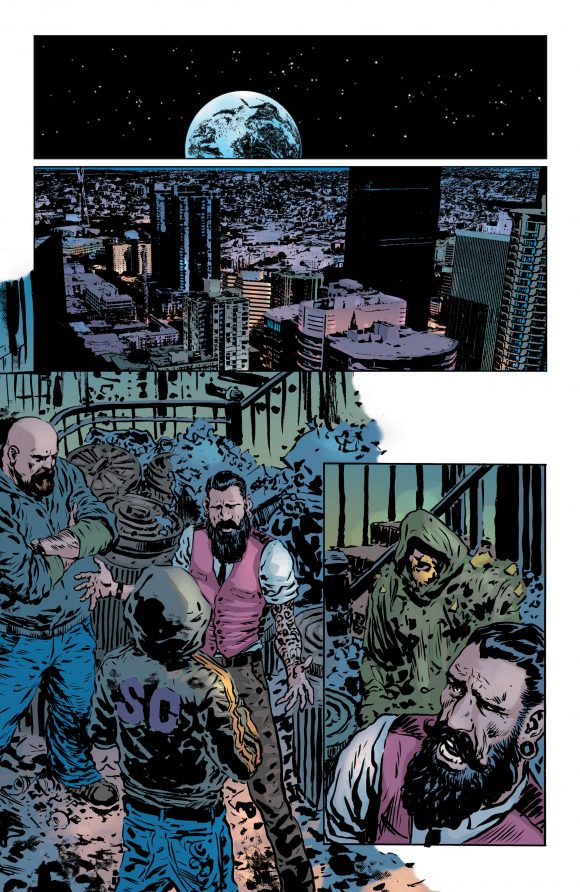 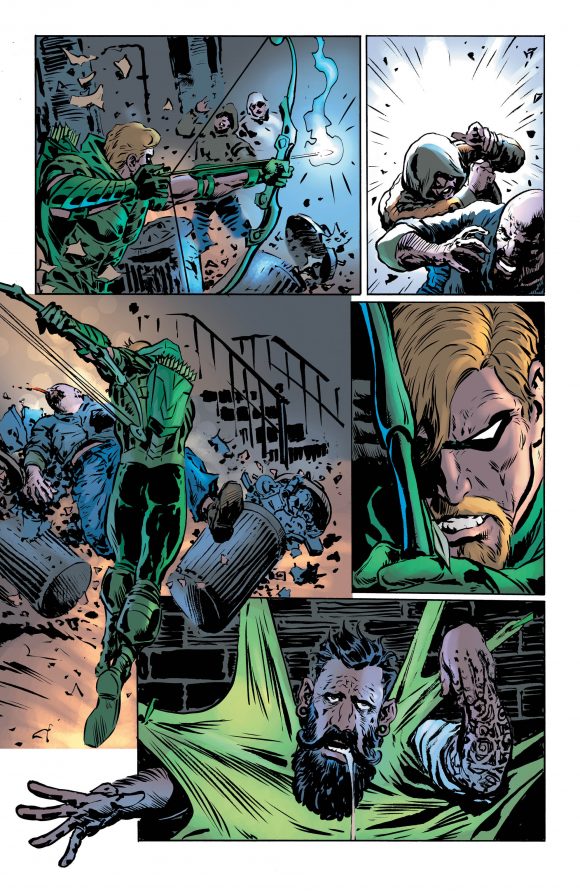 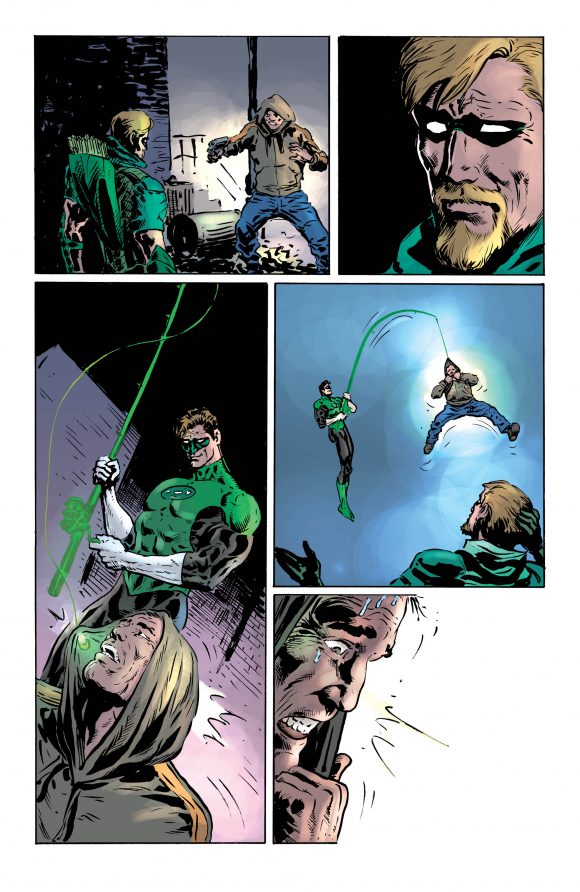 Now, unfortunately, I can’t show you what comes after, but it’s a brilliant — and predictably bizarre — homage to GL and GA’s classic pairing, as the two bicker their way through battling the scourge of space drugs. There’s even a visit to Ollie’s bachelor pad, which is decorated very much like it was in the early ’70s, down to the pop-art prints on the walls and the rhino sculpture pen set seen in the classic “Speedy’s a junkie” Green Lantern #85: 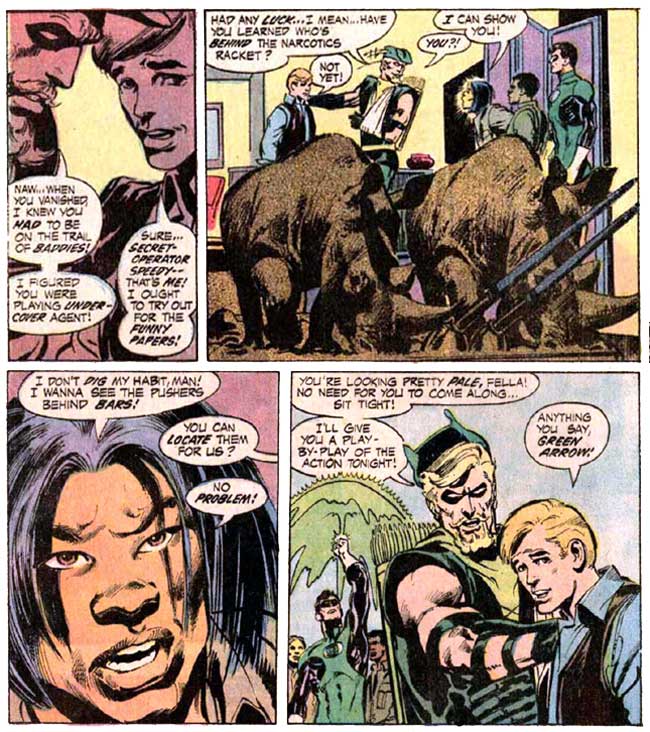 Adams is even name-checked in the scene.

Best of all, unlike a lot of other writers who’ve tried over the years, Morrison gets Hal and Ollie’s chemistry and patter down. None of it seems forced: These are the same guys O’Neil wrote about almost 50 (!) years ago.

At the same time, Sharp plays with the layouts, perspective and linework to give us a comic that emulates Adams’ style without being a direct imitation.

That’s pretty much all I can say at this point but trust me, if you’re a fan of O’Neil and Adams’ revolutionary turn on GL/GA, you’ll want to pick up The Green Lantern #8 on Wednesday.