The Great AQUAMAN Merchandise of the Bronze Age

EXCLUSIVE EXCERPT: Time to play with the swift and powerful monarch of the ocean! 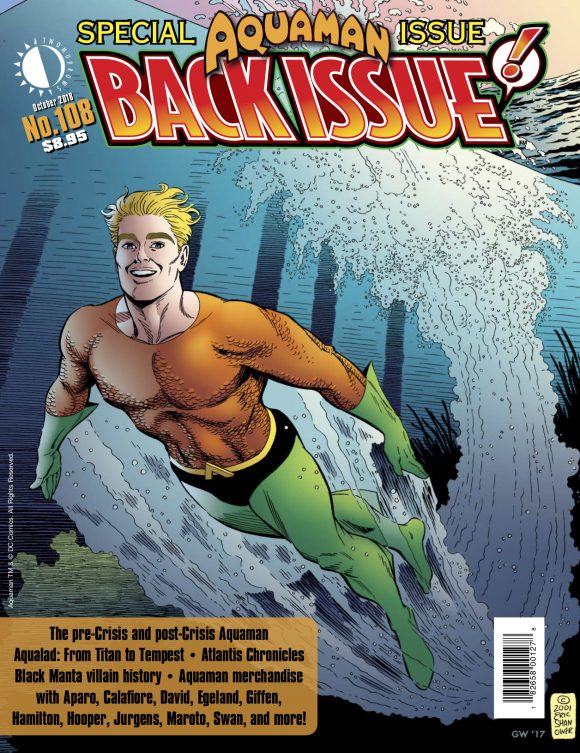 I’ve made the point a number of times already, but I’ll say it again: TwoMorrows’ Back Issue is my favorite magazine about comics. What we do here on the web at 13th Dimension in (usually) short form, editor Michael Eury does in print and in (usually) long form. There’s a ton of shared DNA.

I especially like it when Eury and his gang of contributors (a number of whom we also share) produce an issue dedicated to a favorite character of mine — such as Aquaman, who is front and center in Issue #108, which is due 9/26: 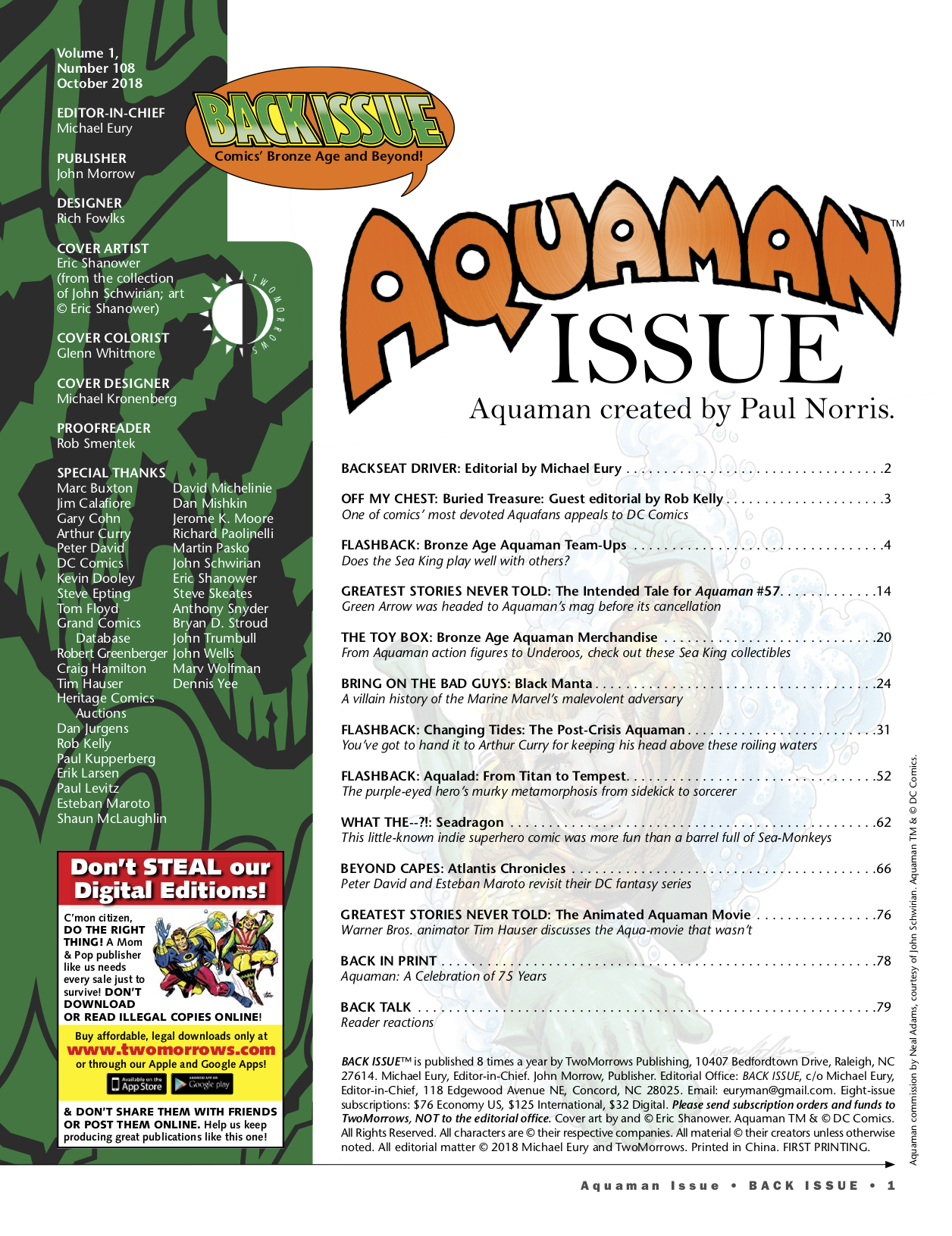 I was a late convert to the swift and powerful monarch of the ocean. For decades I switched from mild interest to general disinterest to outright disdain, and back again. But somewhere along the line I got it and now the Sea King is one of my absolute favorites. In fact, he’s the only non-Batcharacter whose book I have read without interruption since DC’s New 52 initiative launched seven years ago. Hell, I’ve dropped Detective and I’ve never dropped Aquaman. In between, I’ve snapped up a whole raft of Aquaman back issues from the ’60s and plowed through the Death of a Prince trade paperback.

I still have a long way to go to burnish my bona fides but you get the idea.

One thing though: I did love my Aquaman Mego as a kid. And I’ve built a rather nice little collection of Aquaman action figures and the like. I’ve even taken a miniature Aquaman on my travels, including to Italy (click here) and Spain (click here). 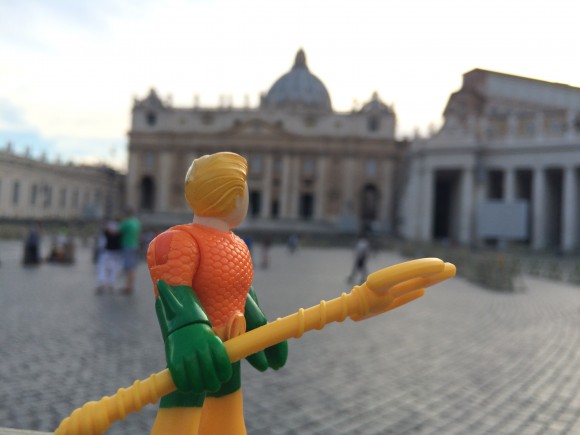 So, it’s not surprising that when it came time to pick a story for our regular EXCLUSIVE excerpt from Back Issue, I’d pick Aquaman Shrine founder Rob Kelly’s AQUAMAN MERCHANDISE IN THE BRONZE AGE. (Of course, Rob’s a 13th Dimension regular, too. Click here for his REEL RETRO CINEMA columns.) 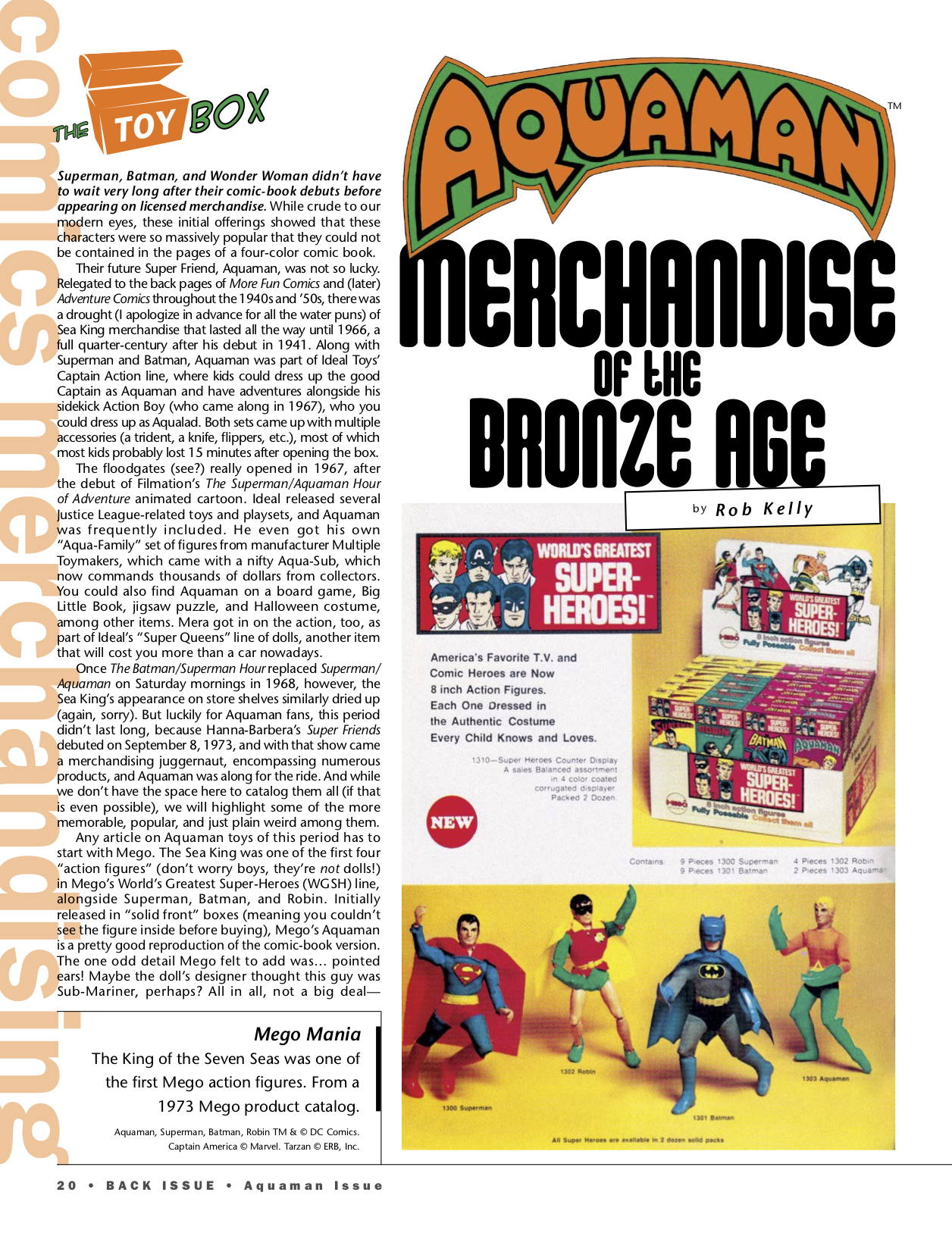 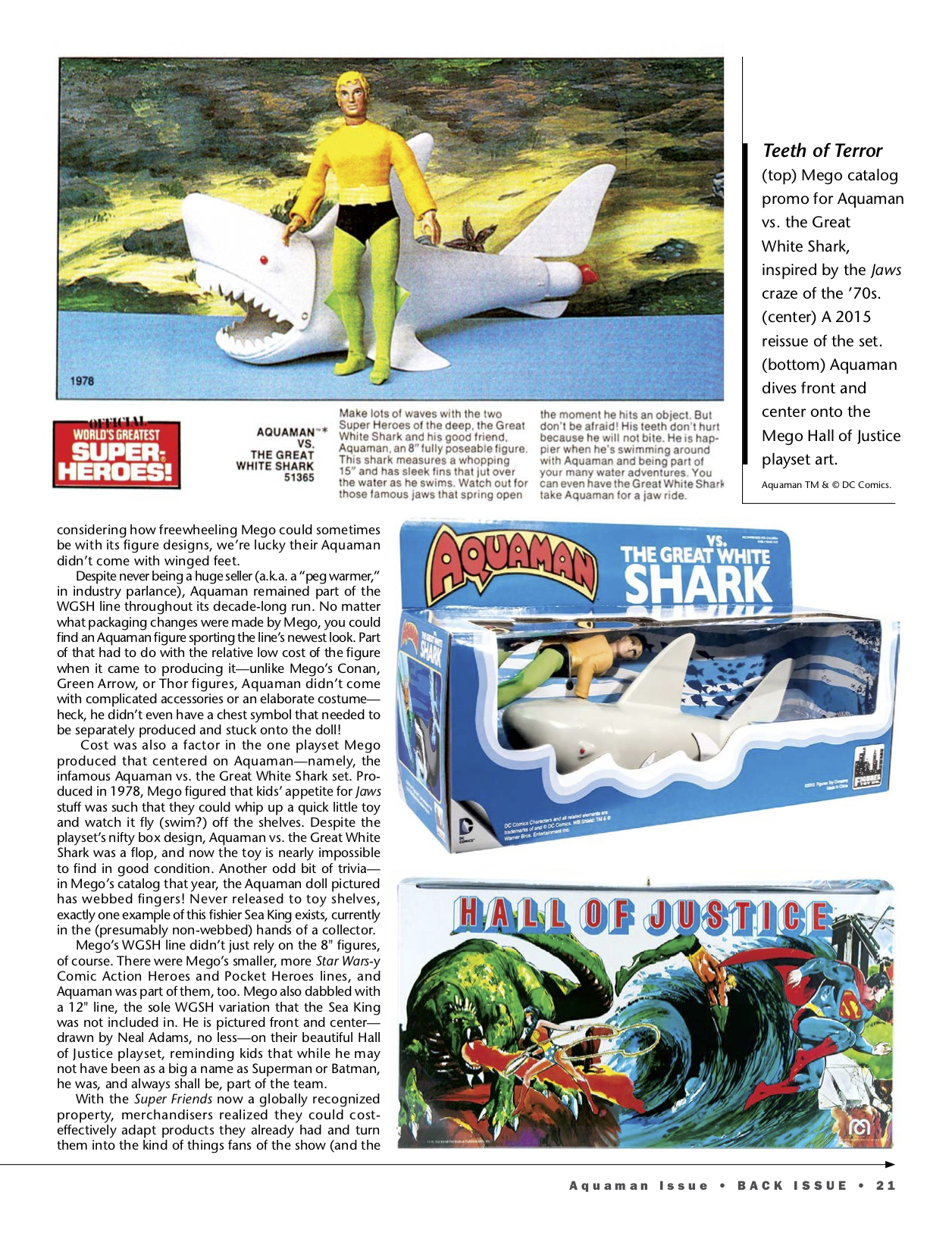 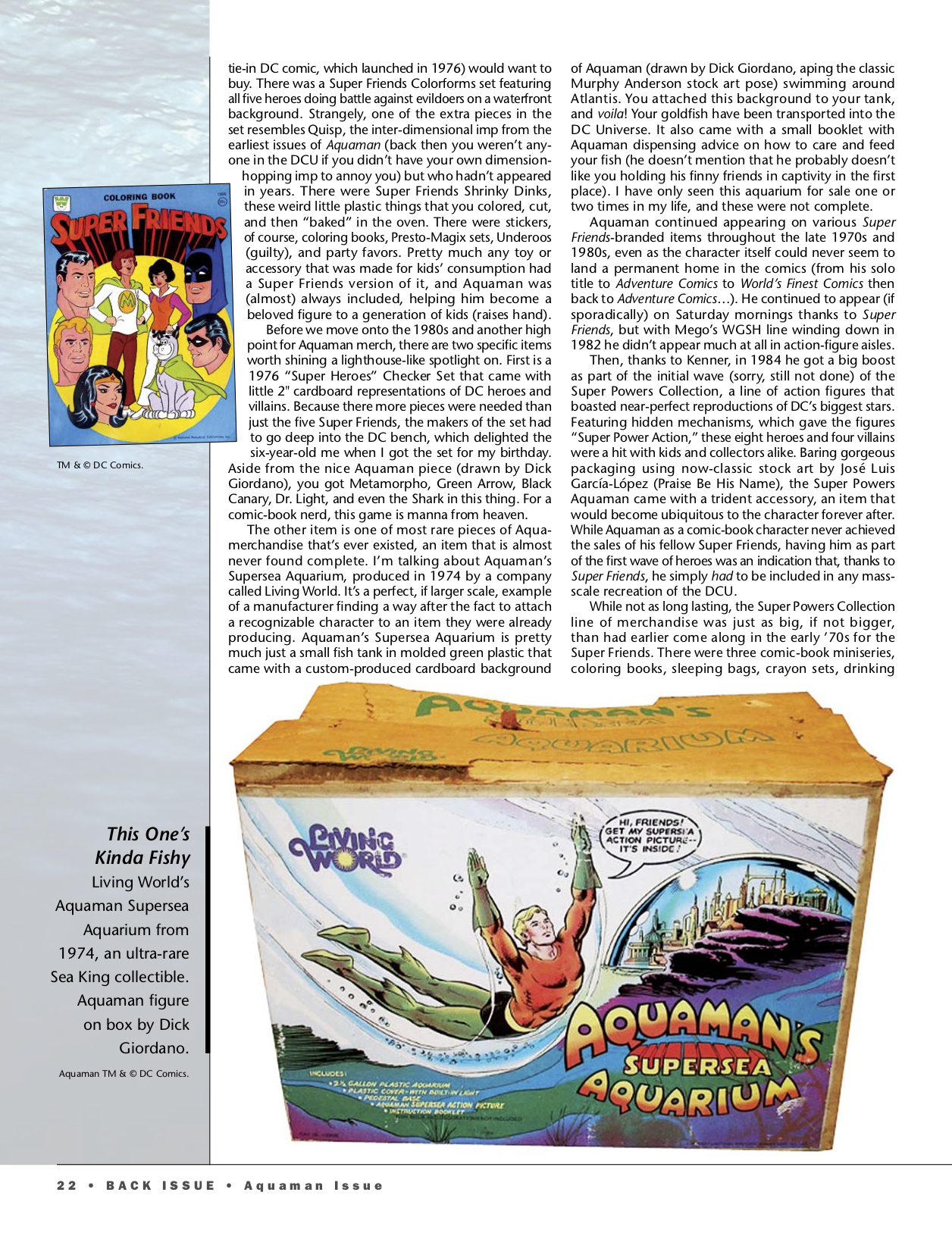 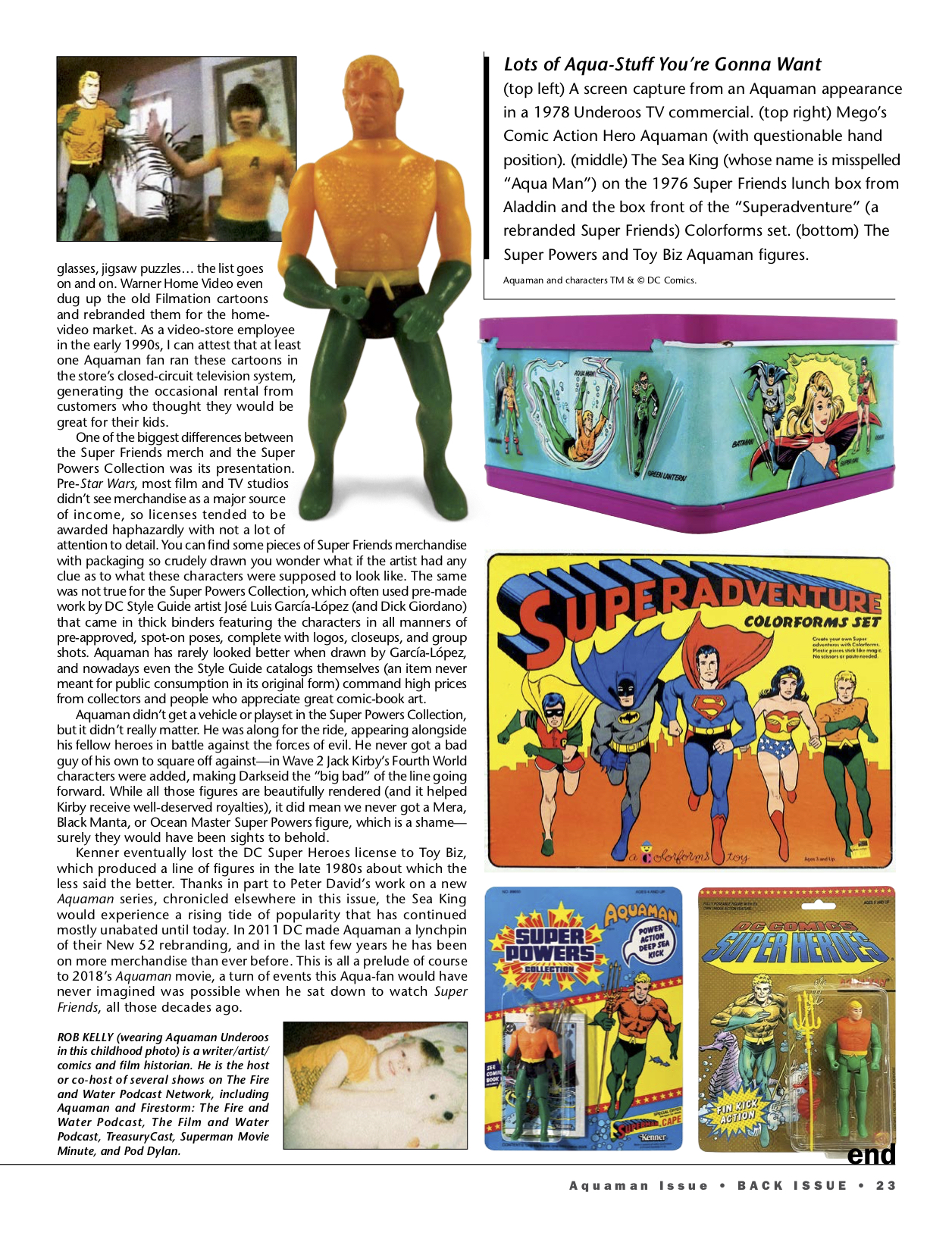 Back Issue #108 is due 9/26. You can get it at your local comics shop or directly through TwoMorrows. Click here.