THE FLASH #204: IRV NOVICK and One of the Grooviest Pages of the Bronze Age

Home » COMICS HISTORY » THE FLASH #204: IRV NOVICK and One of the Grooviest Pages of the Bronze Age

A BIRTHDAY SALUTE to the late comics stalwart, who was born 106 years ago… 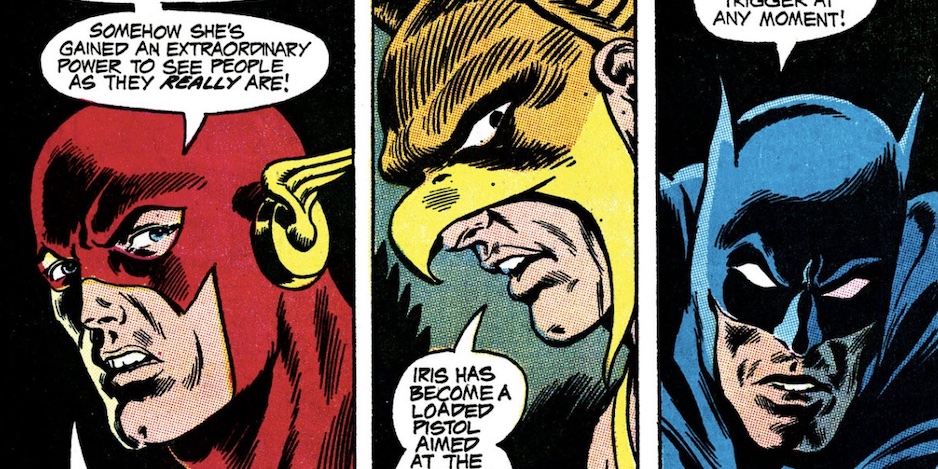 My inherent Batman bias shows whenever I come across the birthday of a creator who made a considerable mark on the world of the Caped Crusader. It’s just how am I’m wired.

But most of these same creators have a ton of other credits to their names and in some cases, fans are just as likely to link them to a different hero.

The example here is Irv Novick, the Silver and Bronze Age workhorse born 106 years ago on April 11, 1916, who is probably as beloved for his work on The Flash as he is on the Darknight Detective. So, my inclination this year was to do a TOP 13 gallery of some sort spotlighting Novick’s Scarlet Speedster, but as I was doing my research I came upon a low-key yet spectacular page from January 1971’s The Flash #204. 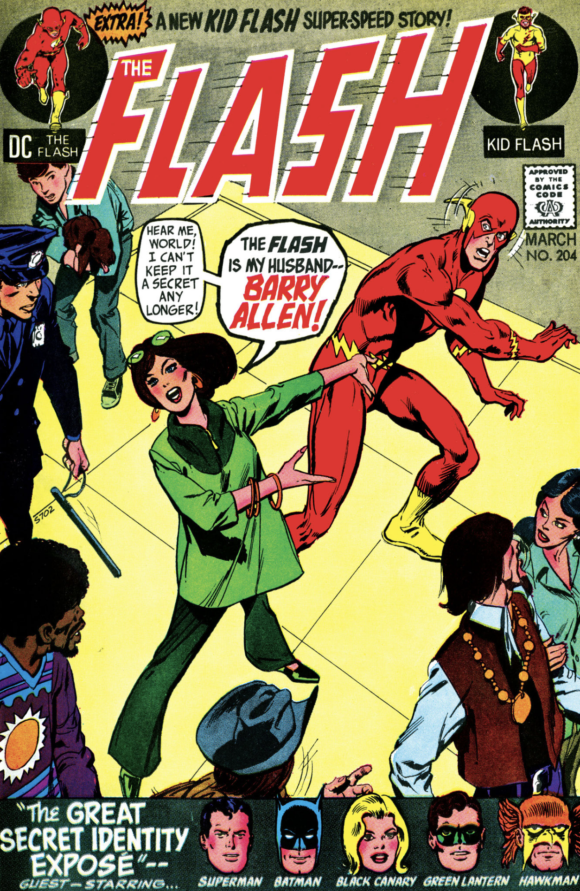 Issue #204 is probably better known for its Neal Adams-Dick Giordano cover but Page 11 is a master class on how to make an exposition scene visually arresting. Novick, with inker Murphy Anderson, takes six Justice League talking heads and arranges them across six panels — but the key is that he elevates Hawkman a little higher and Green Arrow a little lower, so that the entire visual is essentially a bold color wheel. (I just wish I knew who the colorist was.) 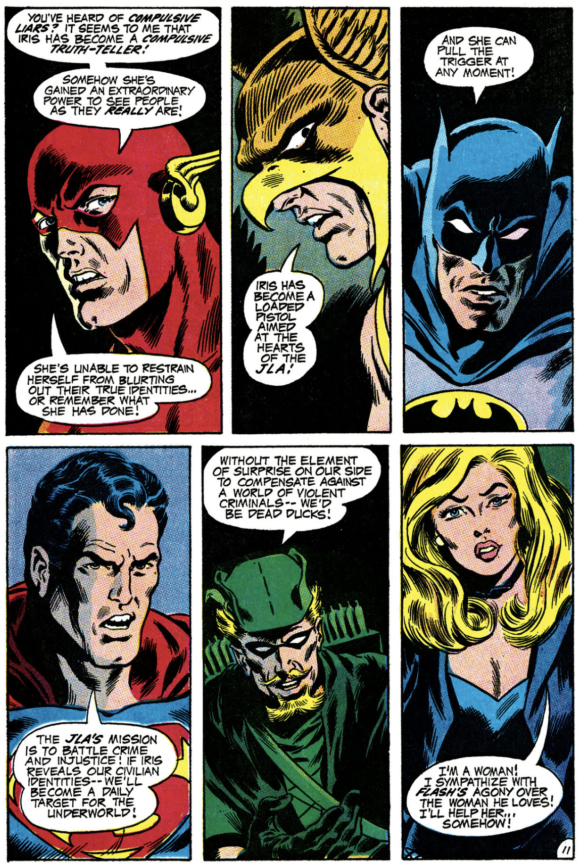 In addition, Novick subtly mimics the styles of other artists known for these individual heroes — note the Flash’s Infantino-esque mouth; that Hawkman and Superman are clearly given over to Anderson’s style; and the Adamsian Batman and Green Arrow. (Ollie’s got those cheekbones and the body language of the JLA’s angriest hero.)

Writer Robert Kanigher’s very-much-of-its-time, sexist dialogue for Black Canary notwithstanding, it’s one helluva page and a terrific example of the professionalism and skill of an illustrator who may never have been a superstar but whose artistry endures just the same.