THE FALCON’s First Appearance to Get FACSIMILE EDITION Treatment

EXCLUSIVE: The U.S. Agent’s debut is also on its way… 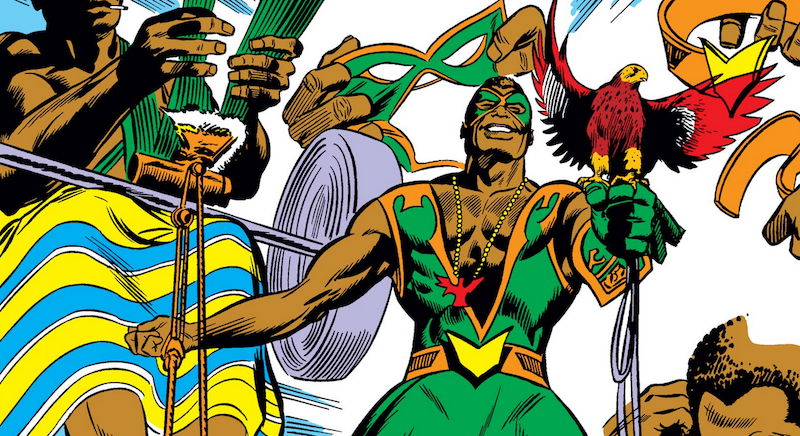 After skipping the month of December, Marvel has two Facsimile Editions coming in January — a great relief to readers (like me) who are huge fans of these spot-on replicas of classic comics.

The precise sale dates aren’t available yet but both issues play into the highly anticipated Disney+ show The Falcon and the Winter Soldier, which has been delayed to 2021.

Dig the solicitation info, to be officially released this week by Marvel: 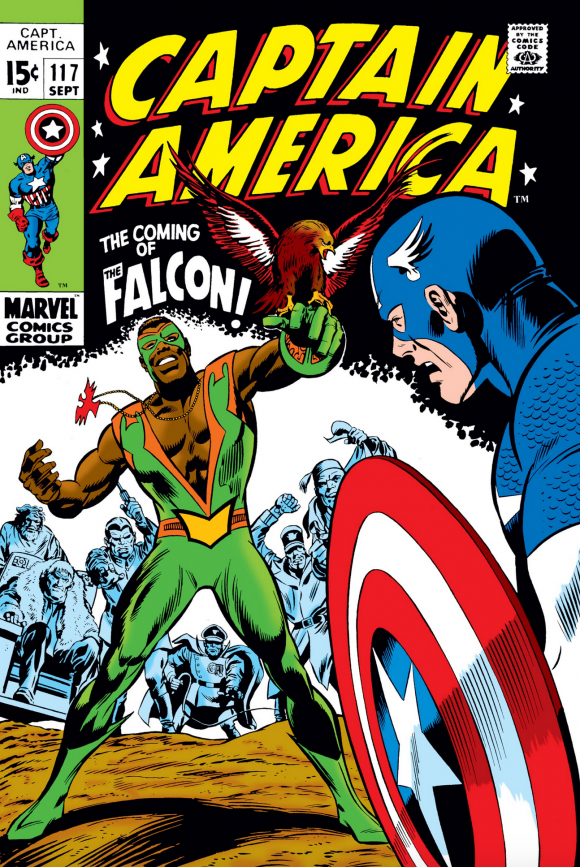 CAPTAIN AMERICA #117 FACSIMILE EDITION
Written by STAN LEE
Penciled by GENE COLAN
Cover by GENE COLAN
Captain America meets a new crimefighting partner as the Falcon makes his daring debut! Sam Wilson and his avian accomplice, Redwing, take center stage in the midst of one of Cap’s greatest showdowns with his evil archenemy, the Red Skull! Trapped on the island of Exiles, Cap begins training Sam Wilson to join him in final battle with the Skull — and helps him adopt a stirring alter ego to strike fear into the hearts of their enemies! The Falcon is born, and nothing will ever be the same again for Sam Wilson or Steve Rogers! It’s one of the all-time great Marvel comic books, boldly re-presented in its original form, ads and all!
Reprinting CAPTAIN AMERICA (1968) #117. 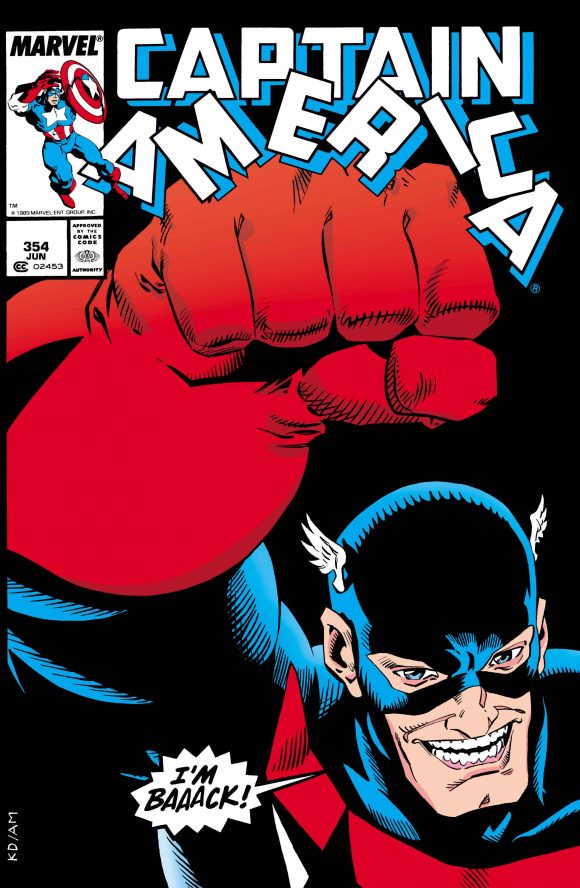 CAPTAIN AMERICA #354 FACSIMILE EDITION
Written by MARK GRUENWALD
Penciled by KIERON DWYER
Cover by KIERON DWYER
Meet the U.S.Agent! John Walker — the former vigilante called Super-Patriot, who, for a time, took over as Captain America from Steve Rogers — is back! And he’s donned the red-white-and-black that Steve once wore as the Captain for his new role as a government-sanctioned Super-Soldier! But first the Agent must pass a deadly test — in combat against the Iron Monger! But that’s just half the story…literally! While U.S.Agent and his former partner, Battlestar, begin a new chapter in their heroic careers, Cap hunts for the mechanical Machinesmith — and finds more than he bargained for in the return of the Sleeper! Twice the action, double the fun! It’s one of the all-time great Marvel comic books, boldly re-presented in its original form, ads and all!
Reprinting CAPTAIN AMERICA (1968) #354 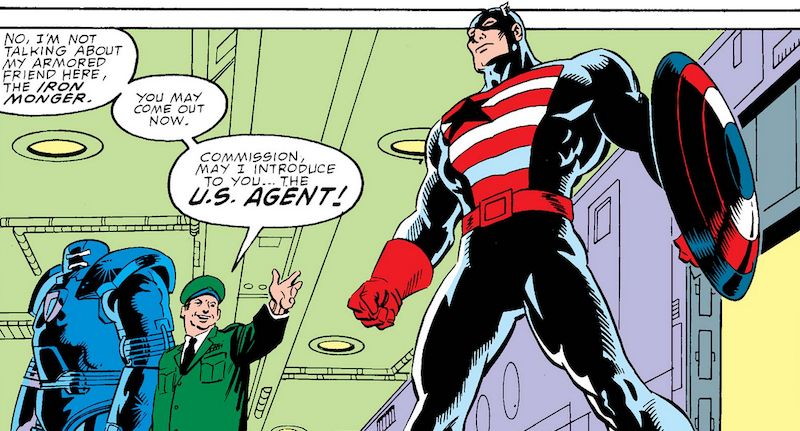 — The coronavirus slowed down the release of Facsimile Editions — which feature a comic’s original ads, letter columns, extras and whatnot — across the industry, but it’s great to see Marvel is remaining committed to the program it pioneered.

— Standard Price Comparison I: A high-grade, unslabbed copy of Captain America #117 recently sold on eBay for $450. The Facsimile Editions are usually about four bucks. (The prices haven’t been released yet.)