UPDATED 7/11/18: So it’s 7/11 today. And that means the marketing mavens at 7-Eleven have decided to spend the day giving out free Slurpees. Groovy! But it also reminds me of this piece that I first posted last summer. Seems like a good day to revisit it, right? Dig. — Dan

Marvel’s been having a kick getting ready for its Legacy revamp with a bunch of retro moves yanked right out of the Silver and Bronze Ages. 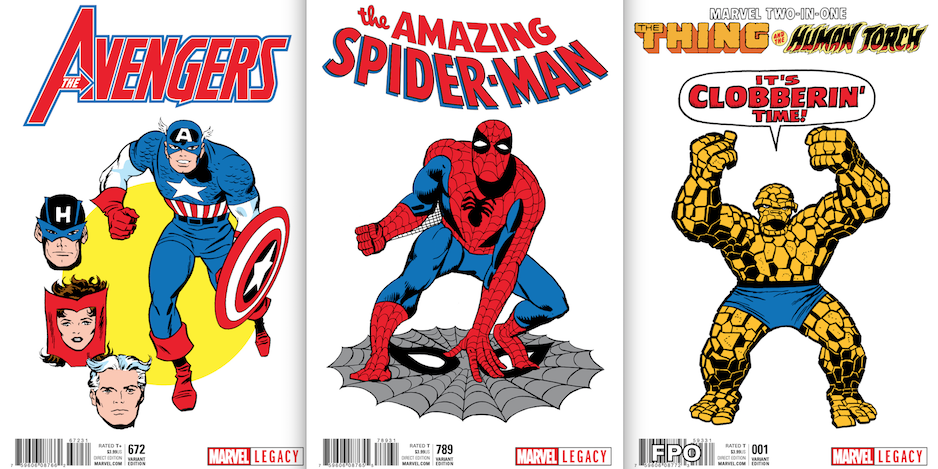 I look forward to both, but they also made me think how much I’d love to see Marvel do something with the Slurpee cups of the ’70s. (DC too!) And that got me to poking around the eBay and, lo and behold, there’s a smorgasbord of cups available with characters from the House of Ideas and the Distinguished Competition.

Best part? Some of these designs are off-the-hook bizarre — especially DC.

History lesson: You know what Slurpees are, right? The frosty drinks you can get at 7-Eleven? Well, for several years in the ’70s you could get your taste treats in white, plastic cups featuring a shockingly wide array of characters from DC and Marvel. 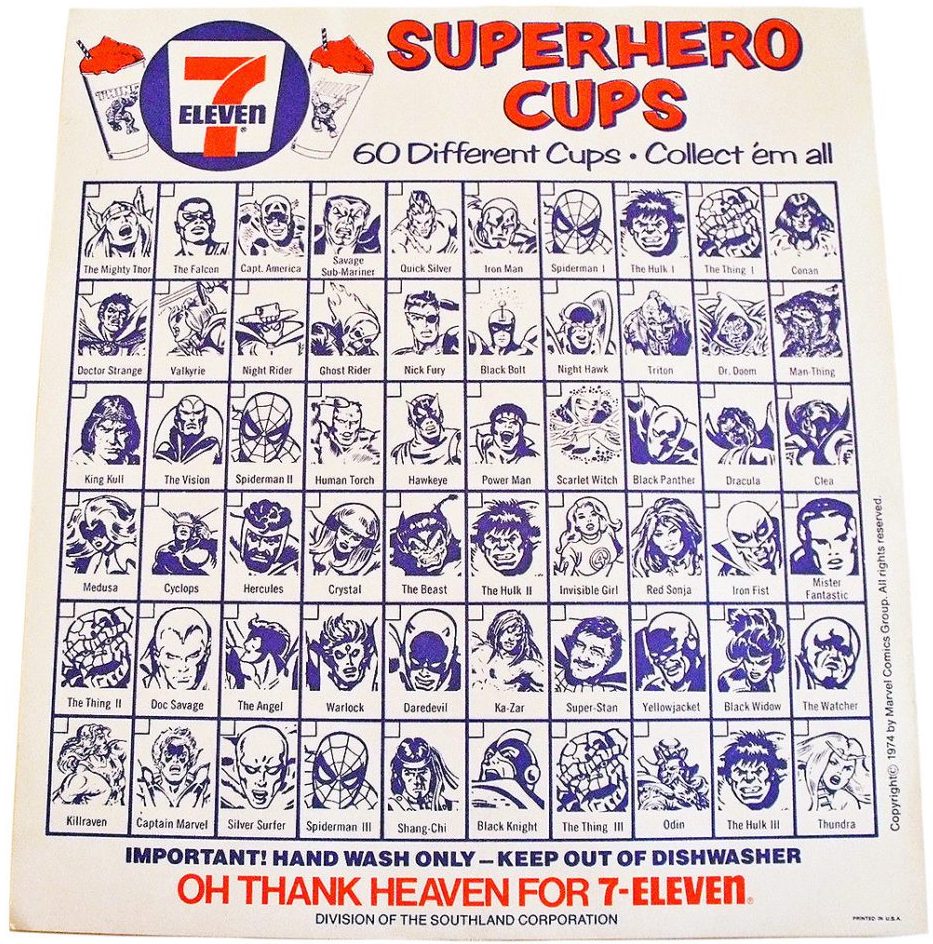 What’s pretty clear overall when you see the cups is how much sharper Marvel’s were compared to DC’s. Marvel really used its marketing prowess to get its designs to pop with bigger, brighter artwork, often with imagery specifically created to sell products. The publisher also later really embraced the medium, as it were, with glorious illustrations that wrapped around the cup.

DC, on the other hand, seemed to mail it in half the time with images clipped from actual comics, often with unintentionally hilarious results.

But putting it all together, a lot of these cups were just … strange.

So here are the 13 WACKIEST MARVEL & DC SLURPEE CUPS. (At least those I could find good pix of on eBay.) 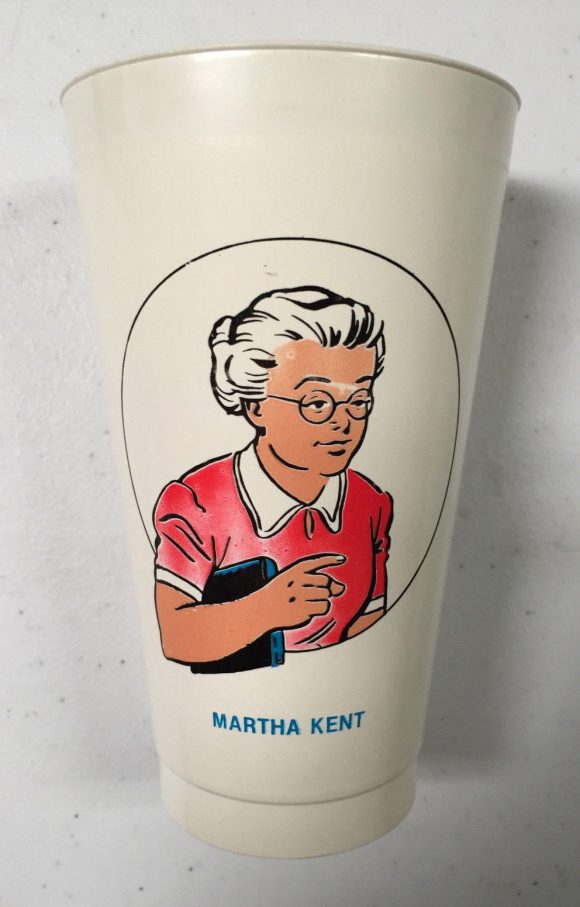 Now, for some reason, the Superman Family is well represented on this list. For starters, there’s Martha Kent. I mean, she looks fine. But think about being the poor kid who got stuck with this one when he ran excitedly to the store to get that Slurpee he saved up for. This is like getting a cup with your Grandma on it, reminding you to read your Scripture. 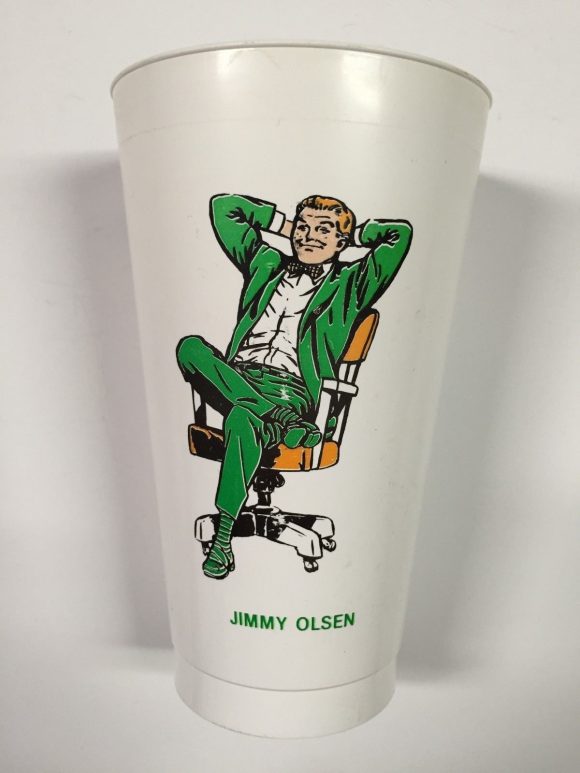 Jimmy, meanwhile, is just slacking off at work. 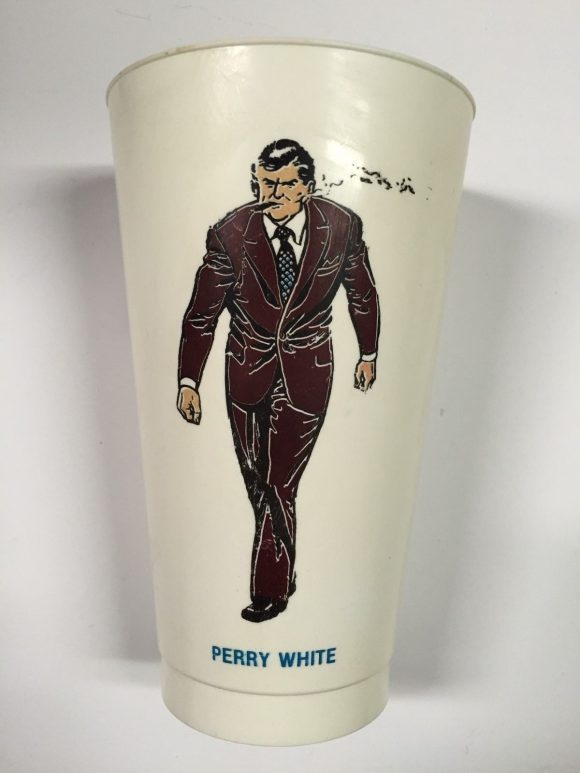 And Perry’s being Perry. Except, again, imagine desperately wanting Superman and ending up with a guy who looks like your pissed-off principal. 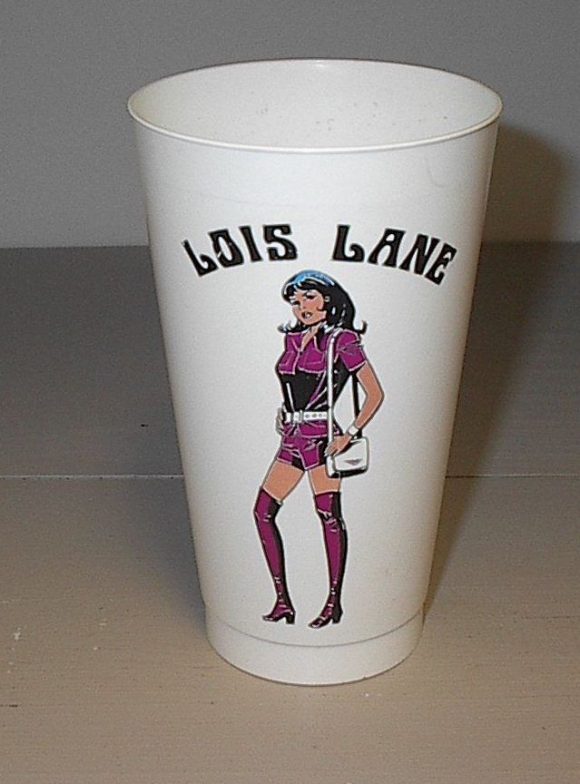 On the other hand, there’s Streetwalker Lois Lane. How many Moms in America took one look at this one, gasped, and made sure the cup was “accidentally” melted in the dishwasher. 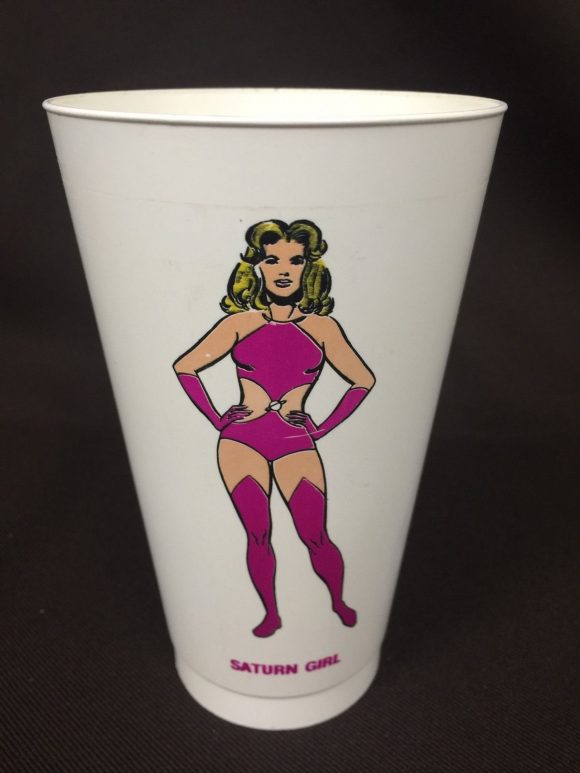 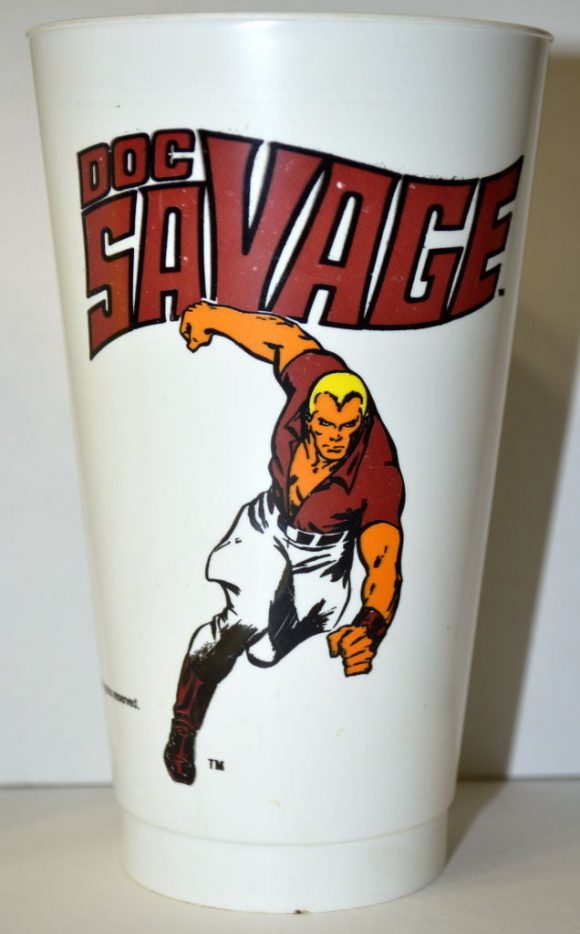 Now, legendary pulp hero Doc Savage makes an appearance because Marvel had the license back in the day. But I can’t imagine little Johnny being too keen to get him when he’d rather have Spidey or the Thing. Then again, maybe I’m wrong about that. 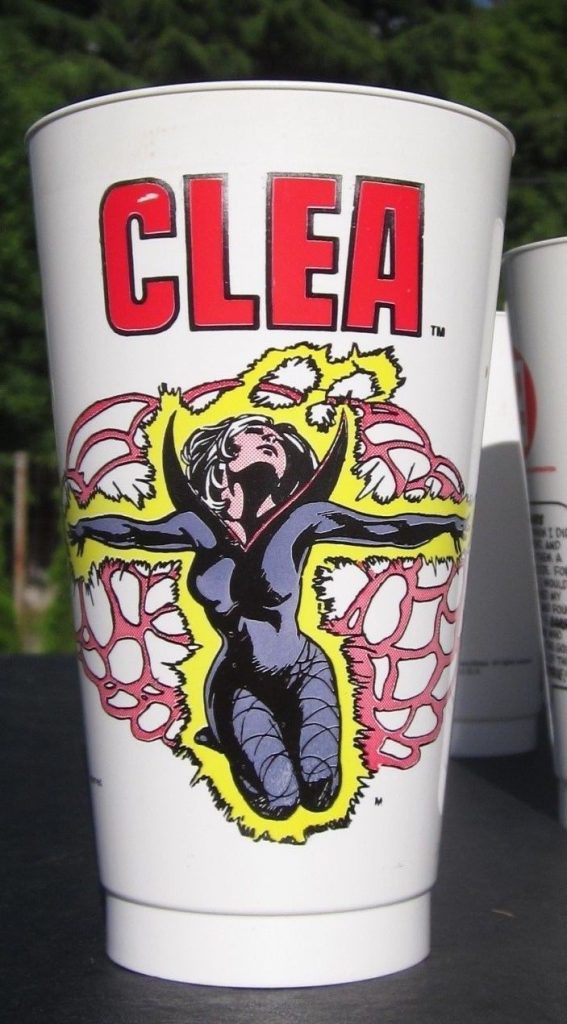 I’m gonna let you in on a little secret. I don’t know who Clea is. I think maybe she has something to do with Doctor Strange, whom I readily admit I know almost nothing about. I’m just not a Marvel Encyclopedia. I admit that. It’s a really neat image. But I still can’t help but think that little Janie would be as mystified as I am when the clerk handed her a cherry Slurpee with Clea on the cup. 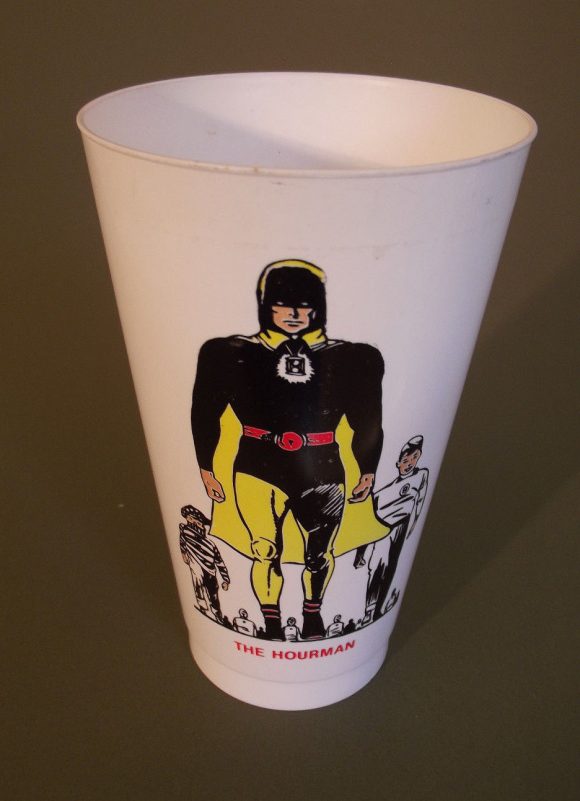 I love that DC bothered to do Hourman — or as he’s called here “The Hourman.” But who are those weird, off-putting children marching behind him? Are they with Hourman or are they planning to take over the world by some kind of soulless, telepathic groupthink? I’m guessing this is ripped right from some Golden Age splash page… but still. 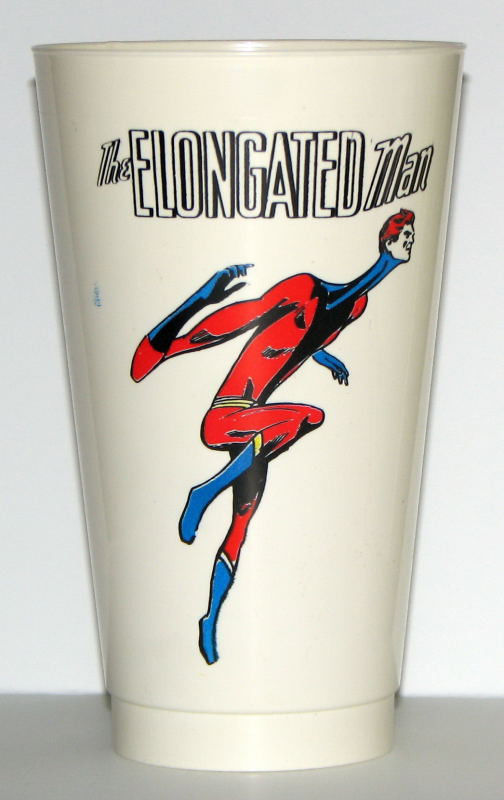 Elongated Man should look elongated, sure, but maybe not THAT elongated. He just looks… I don’t know. And why so serious, Ralph? 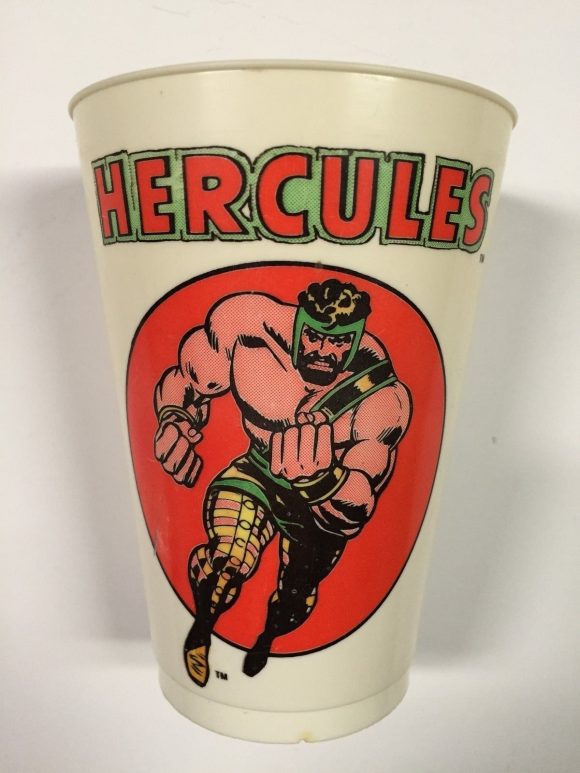 Hey, I know people like Herc. I do. But this falls under that “Aw, man, I wanted Captain America!” category. 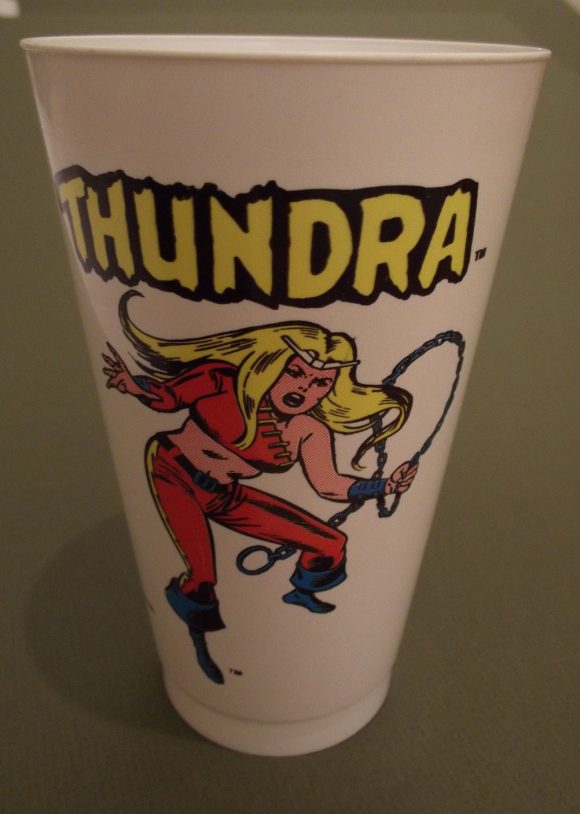 Oh, come on, Stan. Look, I know a lot of people knock Stan Lee for his, shall we say, promotional acumen. I’m not one of them. But even this is too much. Have you no boundaries, Mr. Lee? Have you?! (And to use “Super” no less!) 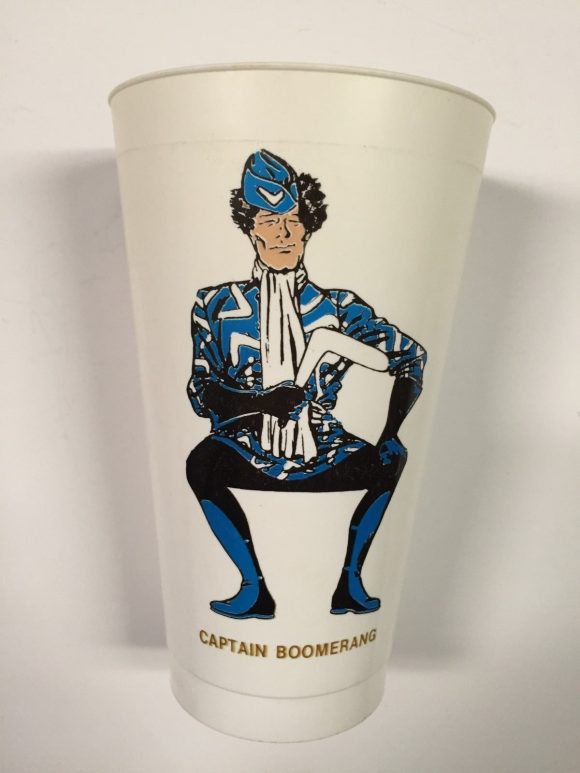 All of which brings us to the piece de resistance: Captain Boomerang copping a squat.

I’ll just leave that right there.