SUPERMAN and BATMAN Give You a Hilarious Blast of Summer

UPDATED 8/5/22: Hey, we’re having a heat wave here in Gotham City and chances are you are too. I’d hit the beach but I gotta work, y’know? Anyway, it’s the perfect time to re-present this fab piece from 2021, as summer turned to fall. Dig it. It’s a real kick. — Dan

The weather’s getting cool and Halloween is just weeks away but we’ve got one final, very funny look at summer, courtesy of graphic designer Matthew Dunn: a parody World’s Finest splash page where our heroes enjoy a day at the beach — but have a hard time hiding their tan lines.

Check it out — and dig all the Easter eggs: 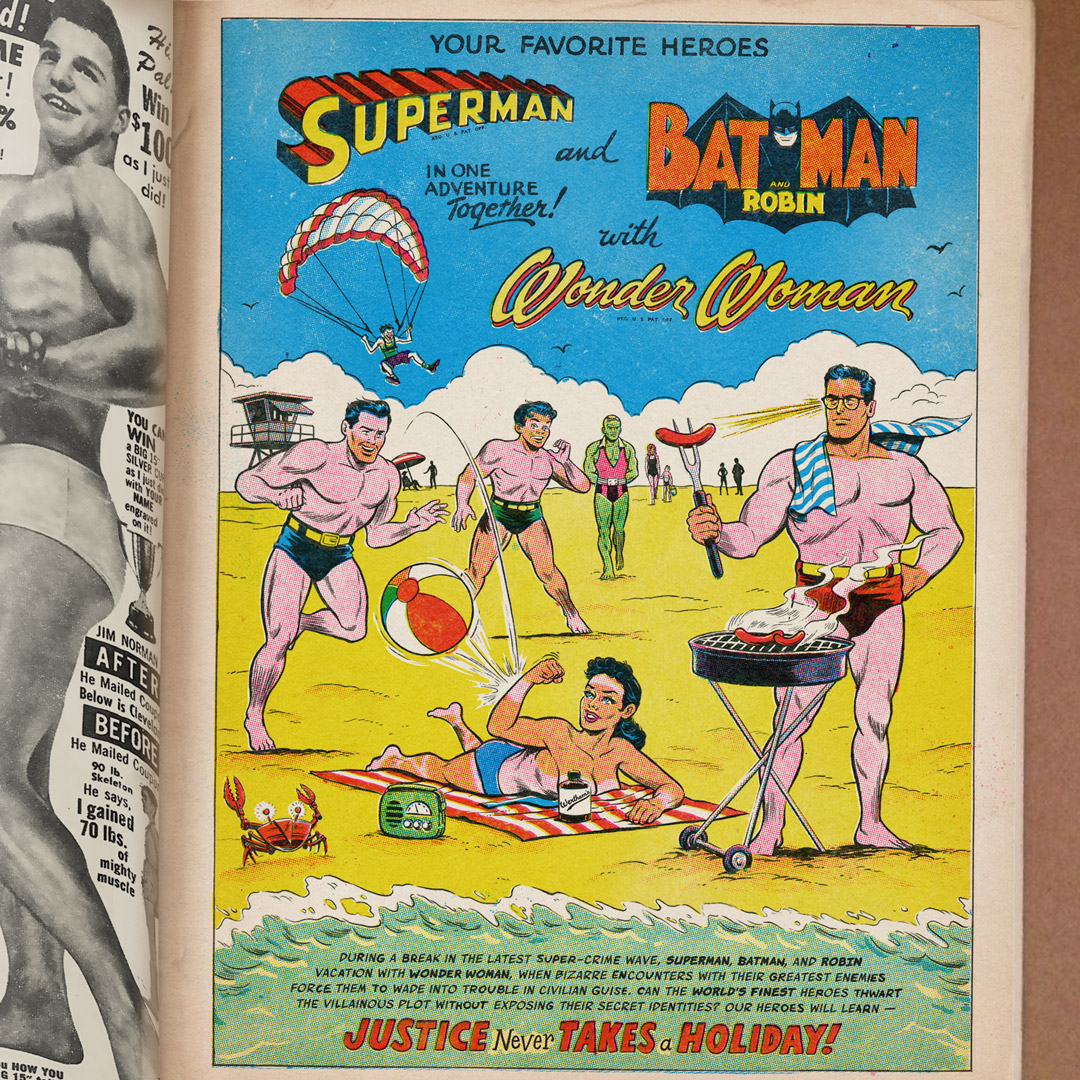 I love everything about this. Matt — whom you may recall from the Batman ’66 musical salute The Bat Swings and the fan-made Batman ’66 Meets Godzilla — has the chops, doesn’t he? It’s groovy that he added Wonder Woman to the mix. (The bootstrap lines!)

“A few months back, I was considering funny tan lines that might show up on characters like the Boy Wonder and decided to build an illustration around that,” Matt said. “Thinking about the absurd ways our heroes protect their secret identities, I pulled my copies of Greatest Batman Stories Ever Told and Greatest Joker Stories Ever Told from the shelf, and the idea quickly morphed into an homage to DC’s Silver Age.”

As great as the final product is, it’s a real kick to see Matt’s other versions, including one that apes a page of original art: 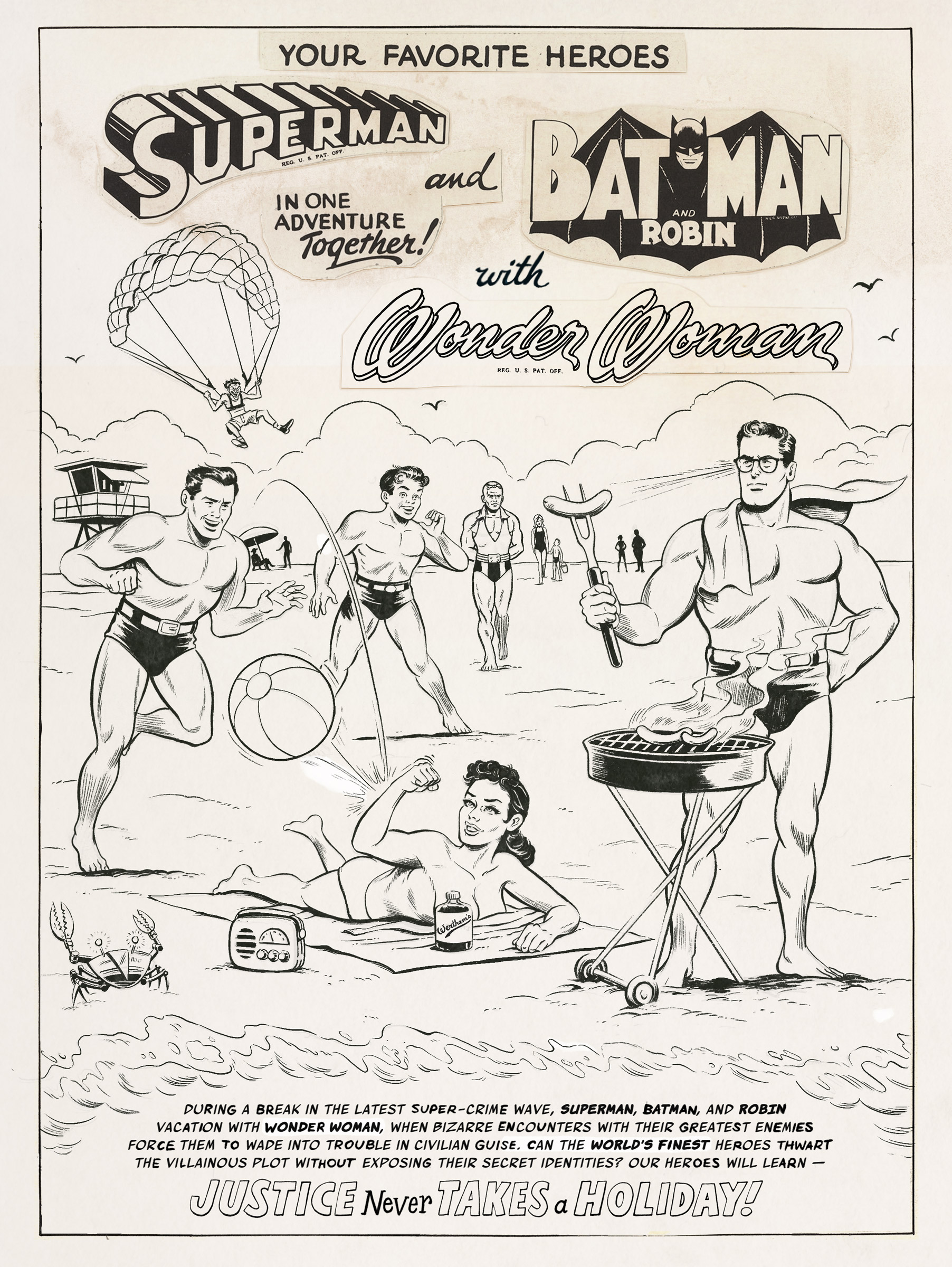 “I had as much fun poking around my comic collection and the Heritage Auctions site as I did drawing the piece,” Matt added. “A couple poses are lifted from Wayne Boring and Jack Burnley while other elements are inspired by Curt Swan, Dick Sprang and Ross Andru. 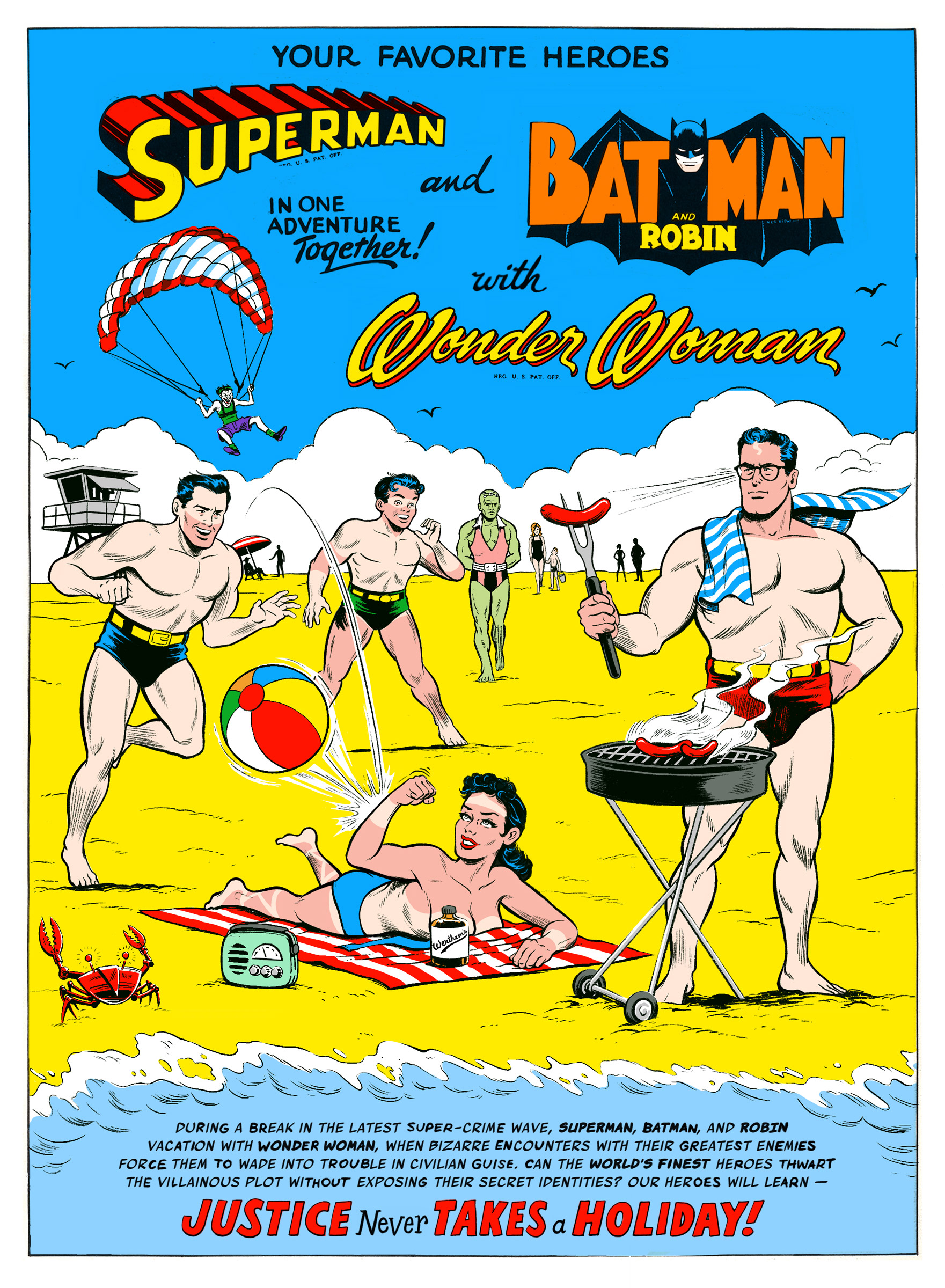 “I wanted to include villains without crowding the scene. Brainiac looks interesting from a distance. Thought about beach activities… Holy parasailing! That parachute Iooks like a smile! The robot crab is inspired by a Luthor contraption from Superman #164,” he said. 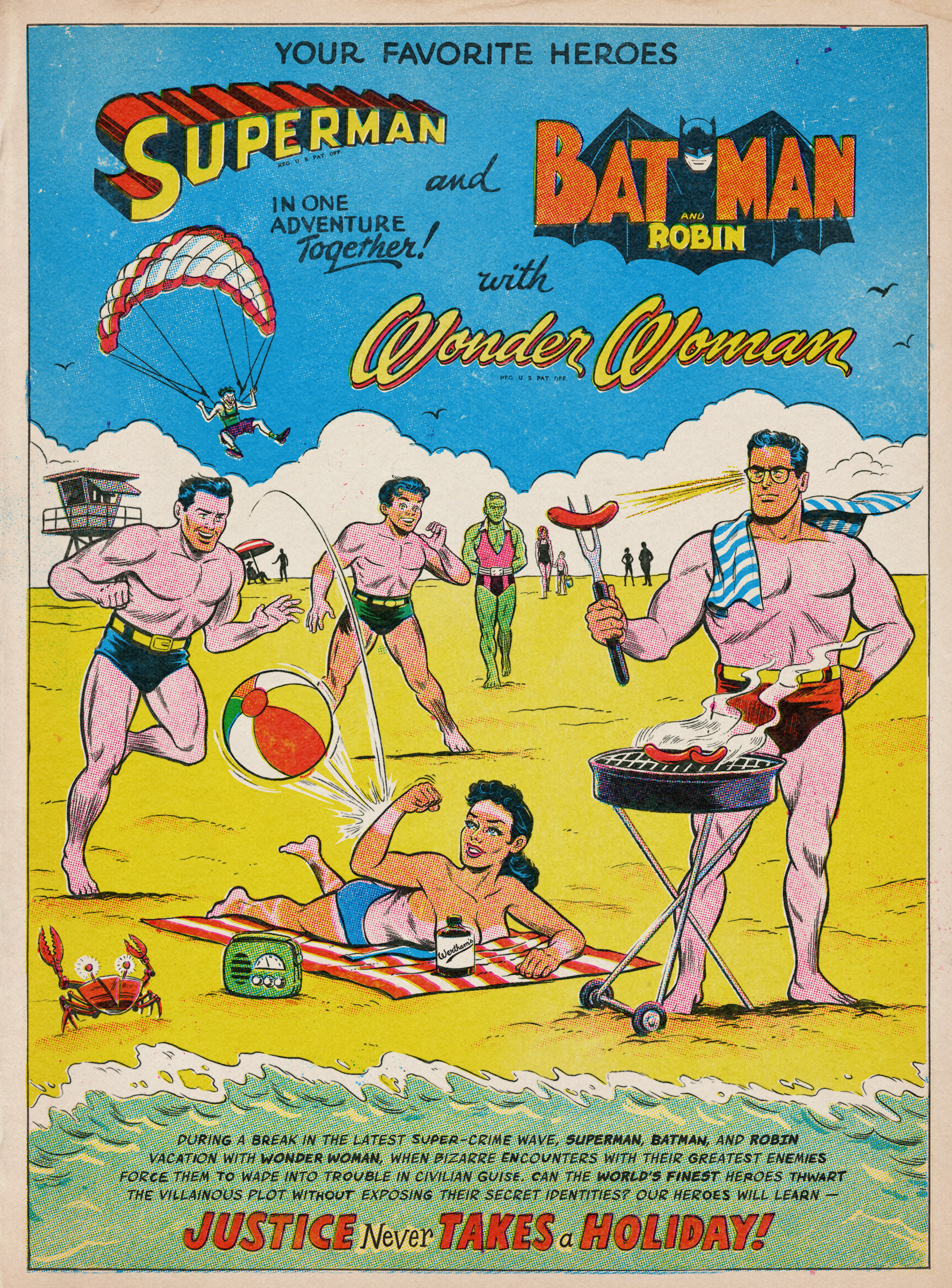 “The infamous Dr. Fredric Wertham would have some things to say about this scene, so I labeled the sun tan lotion in his honor,” Matt said.

So how did he make it look so realistic?

“I did my initial pencils on actual newsprint, then I inked it on an iPad using the Procreate app,” he explained. “The halftone patterns and paper effects are also done in Procreate, using Retro Supply’s ColorLab and Phantom Paper tools, respectively. To cap it off, I improvised more print imperfections before compiling additional imagery in Photoshop, including the Charles Atlas inside cover and the faux ‘original’ inked board with paste-up logos.”

— BATMAN, GODZILLA and the Greatest House Ad That Never Was. Click here.