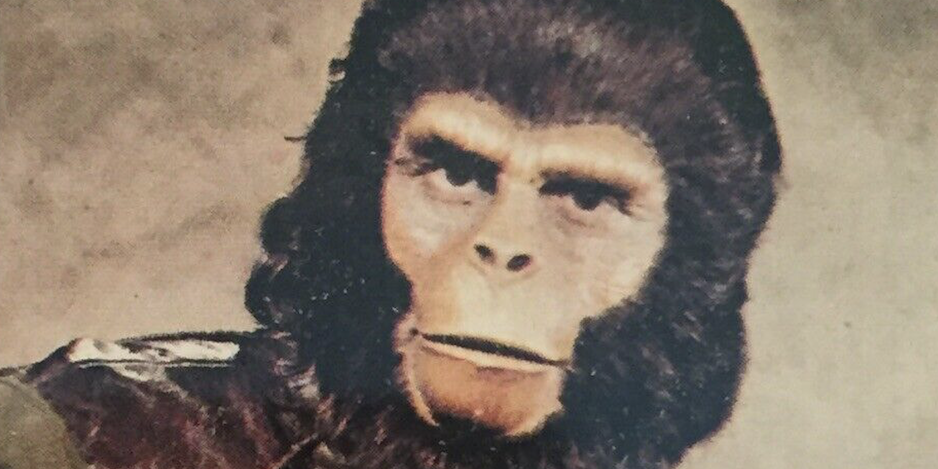 Before the advent of home video, it was virtually impossible to check out your favorite movies and TV shows at will. One particularly analog substitute was to collect trading cards. It wasn’t the same as watching but at least you could pore over full-color photos of, say, Star Trek (click here) or Star Wars anytime and anyplace (assuming your teacher wasn’t looking).

I was into Planet of the Apes cards from Topps. I was too young to ever encounter the cards from the original movie but I was the perfect age for the cards produced from the TV show (which used the same design). I’d take my Galen and Urko and the rest, wrap a rubber band around them, and voila, I had a pocketful of Apes I could take anywhere.

My cards are long gone, but thanks to Abrams ComicArts, I now have the complete runs not just of the TV set but of the movie set too — in a fashion. Timed to the release of War for the Planet of the Apes, the publishing house has put together another of its lovely hardcovers that reprints retro card sets: 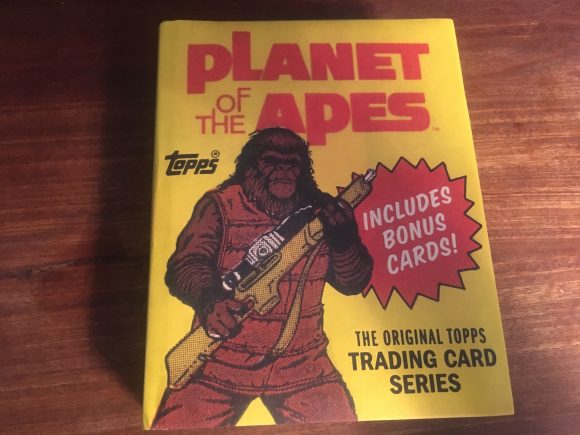 The nearly 500-page book, which lists for $24.95, features images of every POTA card produced by Topps — fronts and backs — covering the 1968 original film, the 1974 show on CBS and, yes, the Tim Burton reboot. The cover mimics the design and feel of the original wax-paper wrappers and you even get an exclusive set of four cards representing the new film series.

Included are photos of old boxes and other ephemera, as well as a terrific historical essay by Gary Gerani, who has edited hundreds of Topps cards series. Each card image is accompanied by some helpful info or commentary. 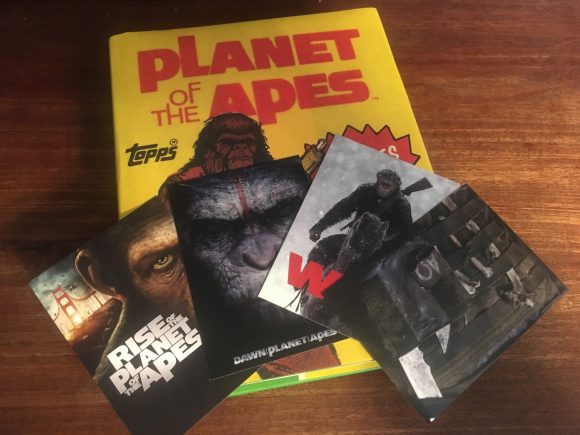 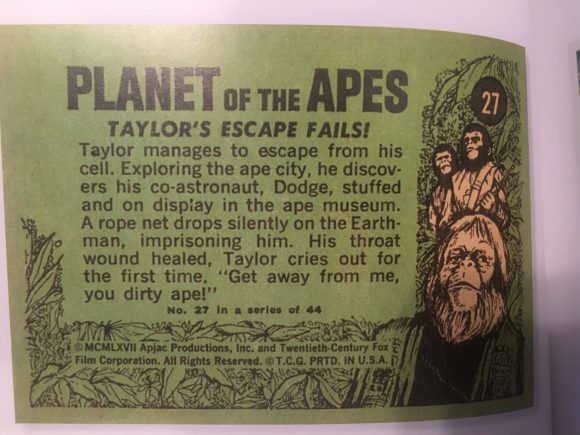 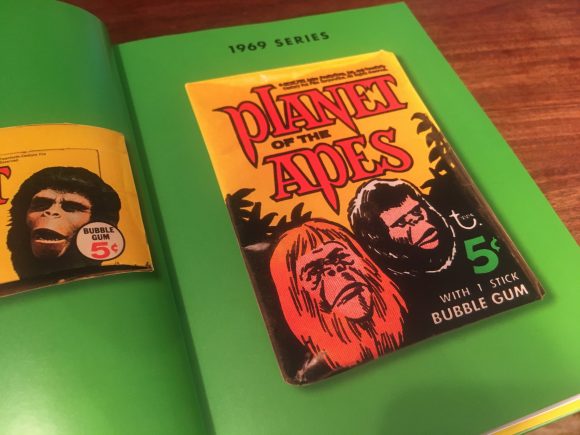 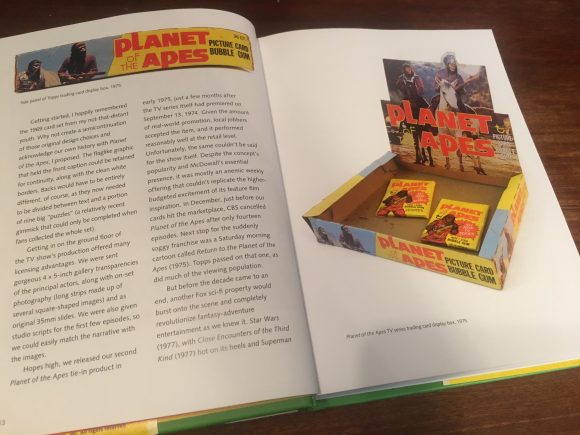 So in the spirit of APES WEEK, I dove in and picked my favorite 13 cards. They’re about evenly split between the film and TV show because I had to include some of the more memorable ones from that stack I used to keep in my pocket when I was 7 going on 8.

Dig the copious use of exclamation points. I also like that they’re not particularly PC.

I mean, check out this first one: 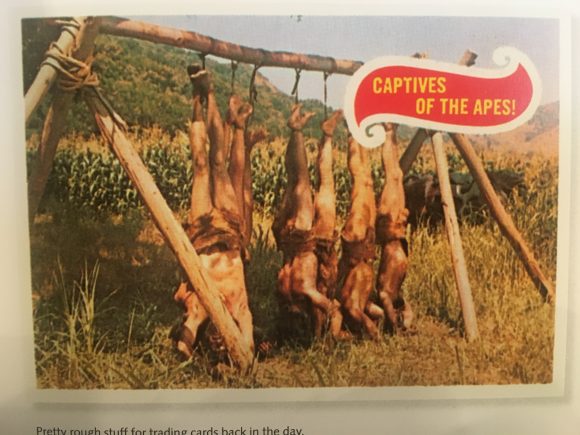 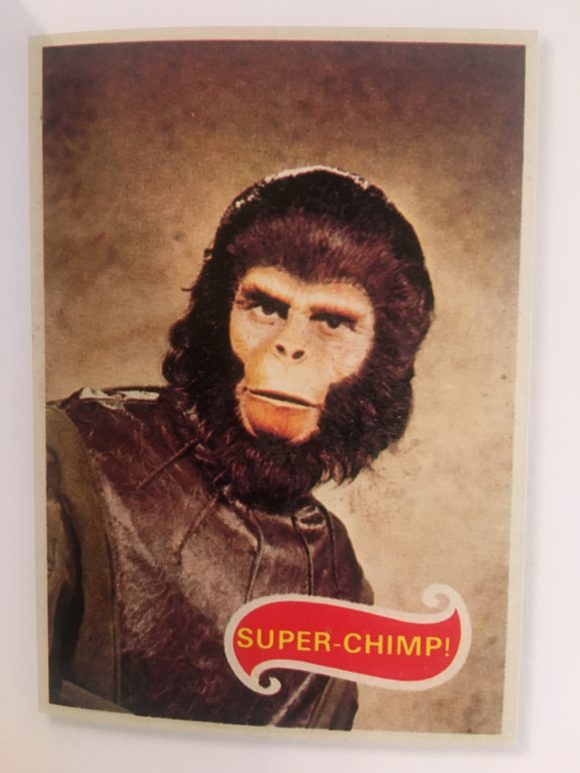 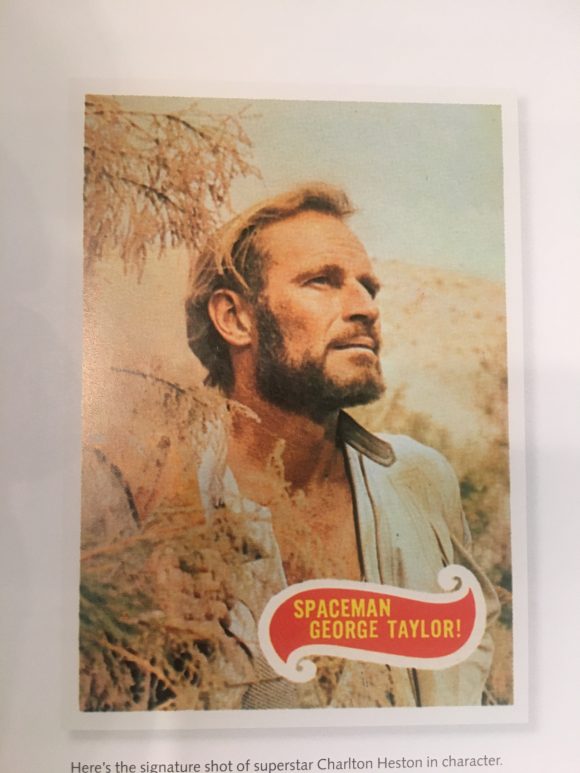 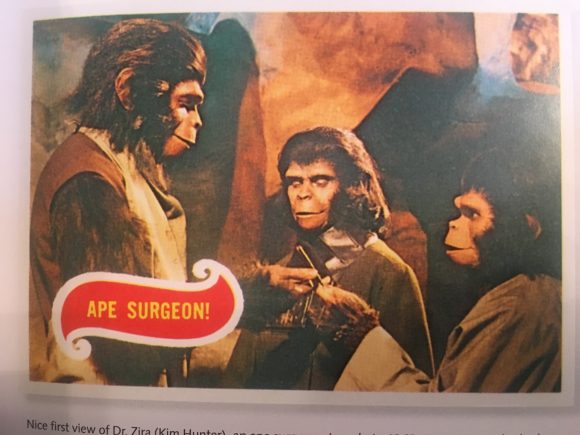 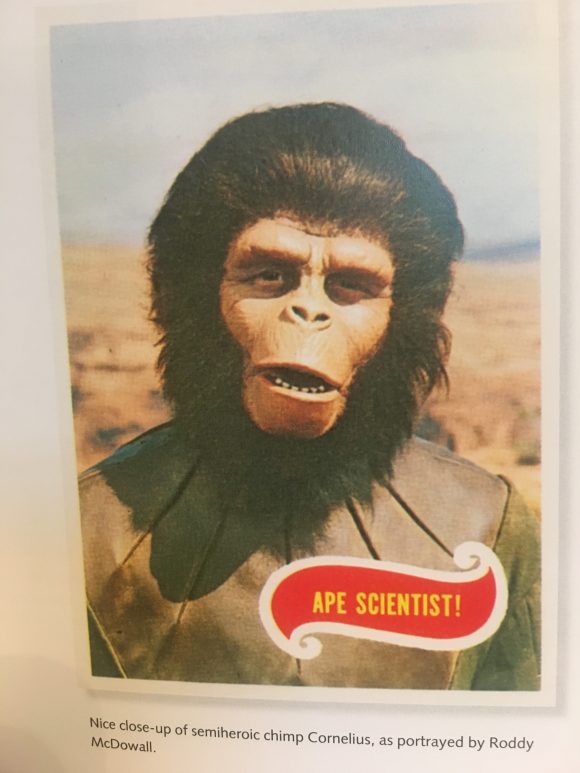 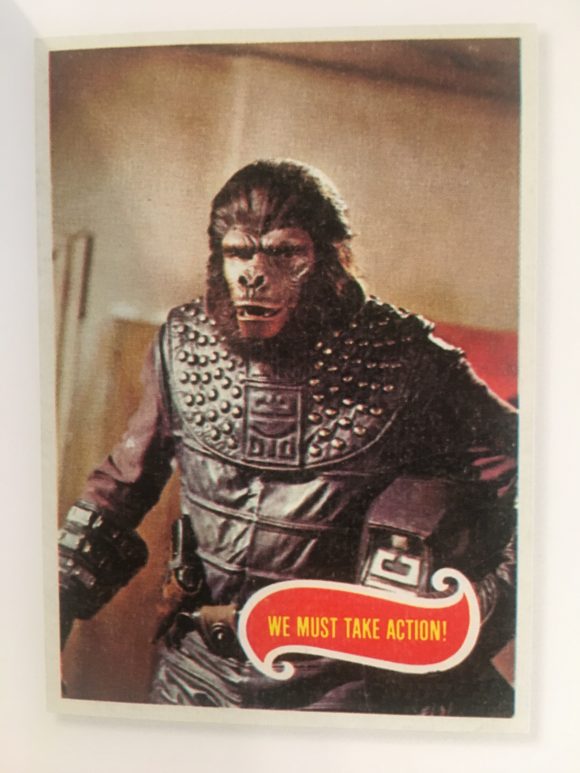 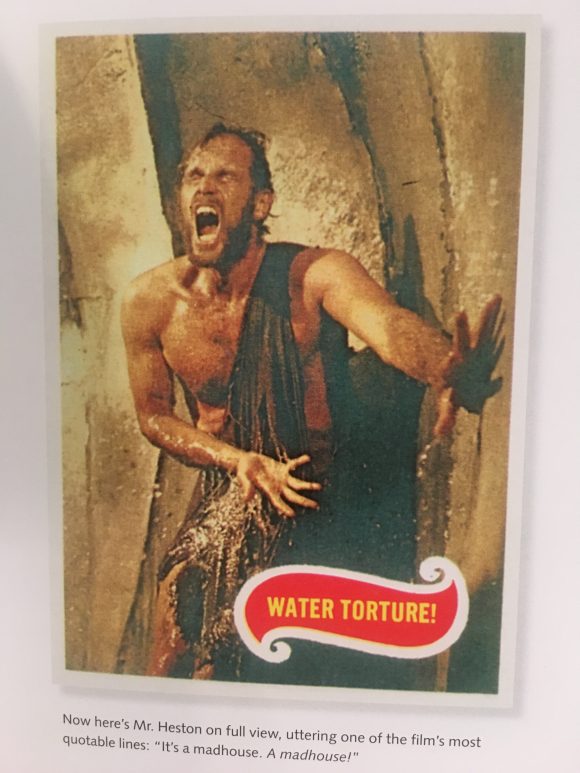 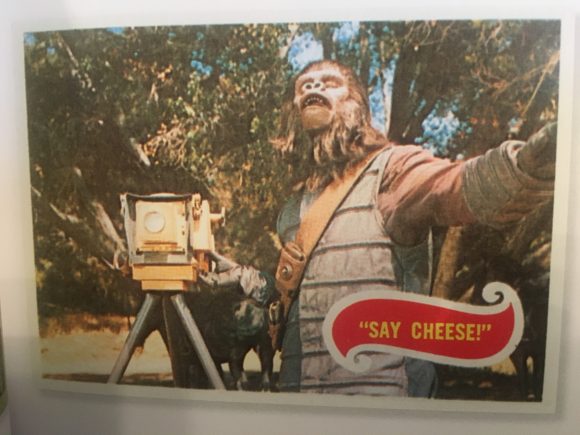 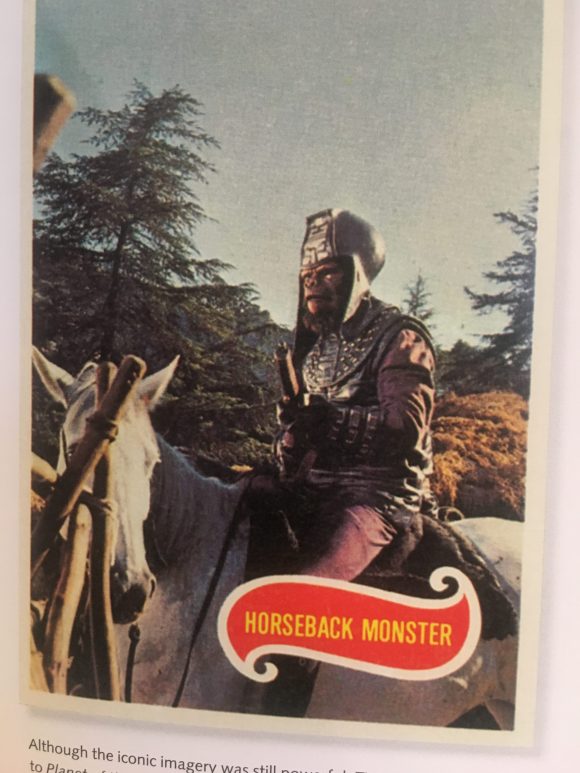 — The TOP 13 Quotes From PLANET OF THE APES — RANKED. Click here.