STEVE ENGLEHART on STAR-LORD: ‘I Wanted a Guy Who Was the Biggest A**hole’

Home » COMICS HISTORY » STEVE ENGLEHART on STAR-LORD: ‘I Wanted a Guy Who Was the Biggest A**hole’

Long before Chris Pratt and Come and Get Your Love introduced an immature and self-centered Peter Quill to millions of moviegoers, there was a shadow of an idea from one of comicdom’s most fertile minds.

Steve Englehart — best known for his seminal Batman run in Detective Comics, as well as famed stints on Captain America, The Avengers and Justice League of America — created Star-Lord from the germ of an idea and then promptly left the character behind.

Englehart tells the story to writer Glenn Greenberg in Back Issue #119 — the Guardians of the Galaxy Issue — due out March 18. 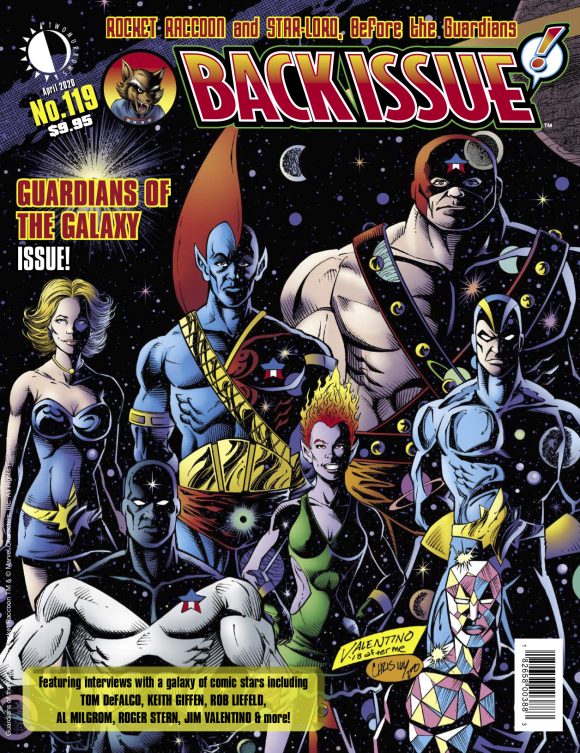 I’ve chosen the interview for our regular EXCLUSIVE EXCERPT — but first check out what else the issue has to offer: 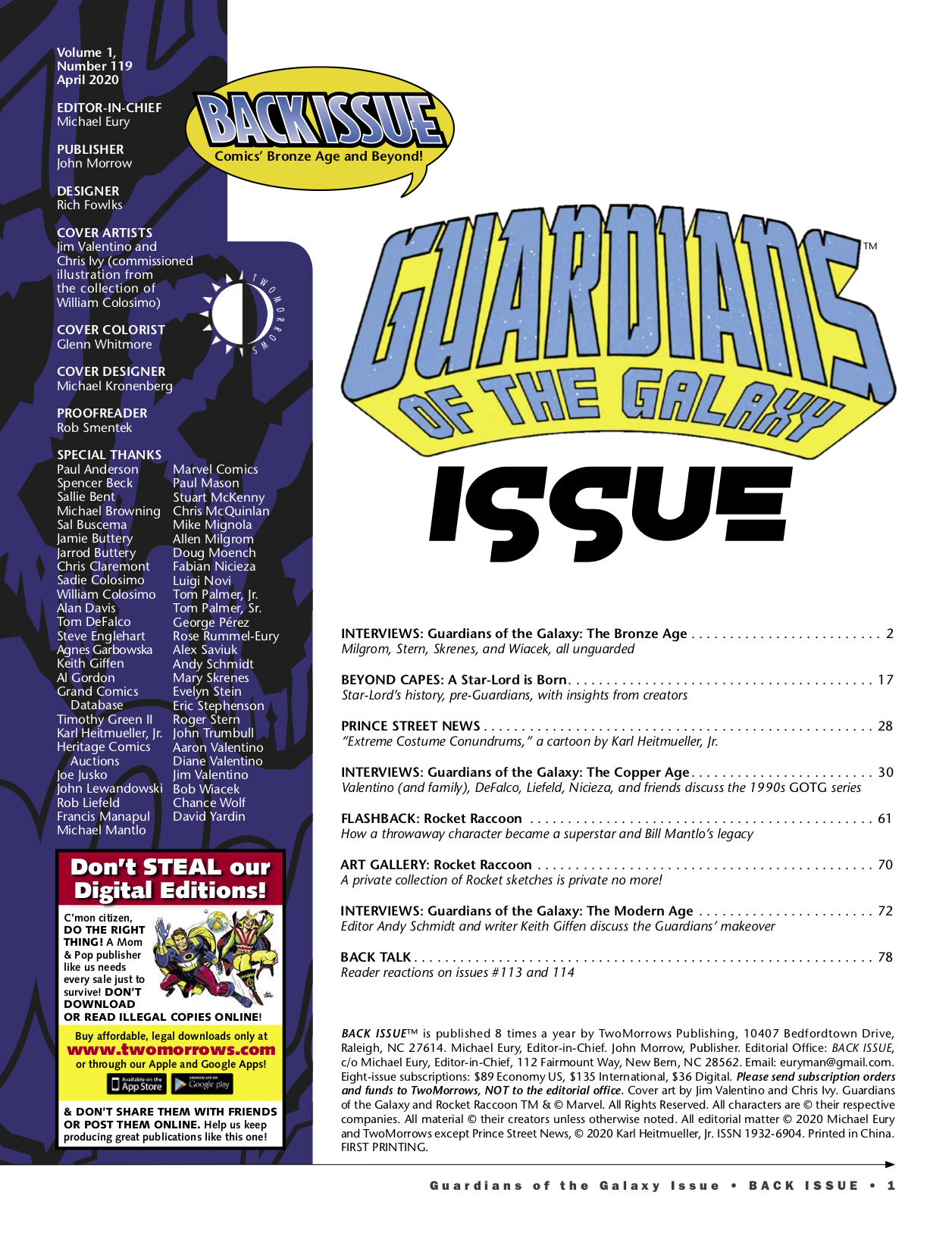 So obviously if you’re a big GOTG fan, this issue is for you.

But back to out EXCLUSIVE EXCERPT. Greenberg’s piece on Peter Quill’s beginnings goes into great detail — but it begins with Englehart. 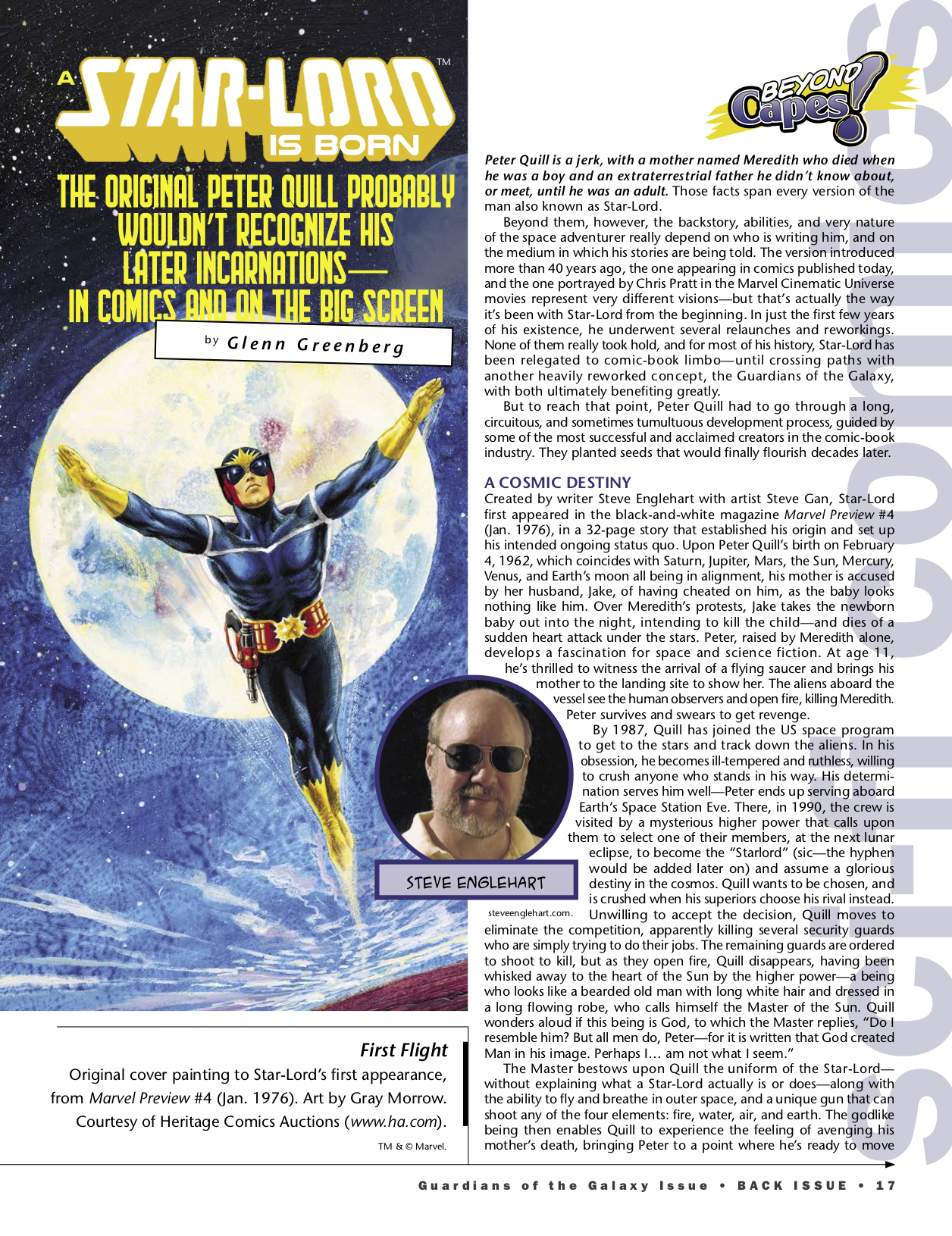 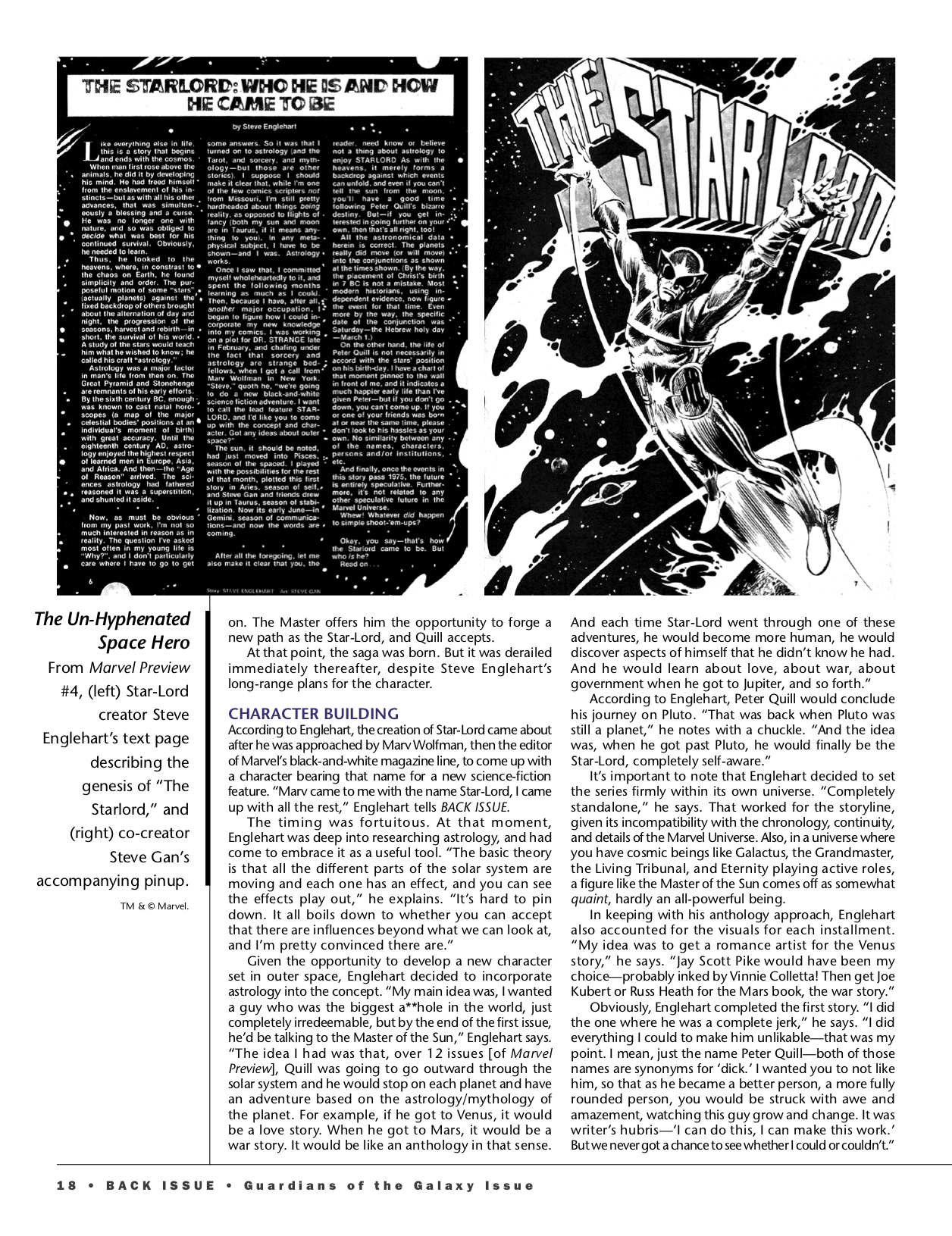 The origin turned out to be the only Star-Lord story that Englehart ever wrote.

“That was part of my abrupt departure from Marvel,” he told Greenberg. By the summer of 1976, he was over at DC.

There’s much more that follows, including insights from Chris Claremont, Doug Moench and more, so by all means pick up the entire issue. It’s due in comics shops March 18, as I noted, but you can also get it directly through publisher TwoMorrows. (Click here.)

— The 13 BEST THINGS About GUARDIANS OF THE GALAXY VOL. 2. Click here.