STAR WARS Toys Were Everything — But Hardly the Only Thing

TOYHEM! MEMORIES: Comics writer and toy maven Scott Beatty remembers holidays that offered Rebels and Stormtroopers — yet so much more…

This installment by Scott Beatty (best known for co-writing Robin: Year One, Batgirl: Year One and Nightwing: Year One for DC) is timed to Star Wars: The Rise of Skywalker. Why? Because Star Wars features so prominently in Scott’s sentimental remembrance.

Nevertheless, he offers more. Much, much more. 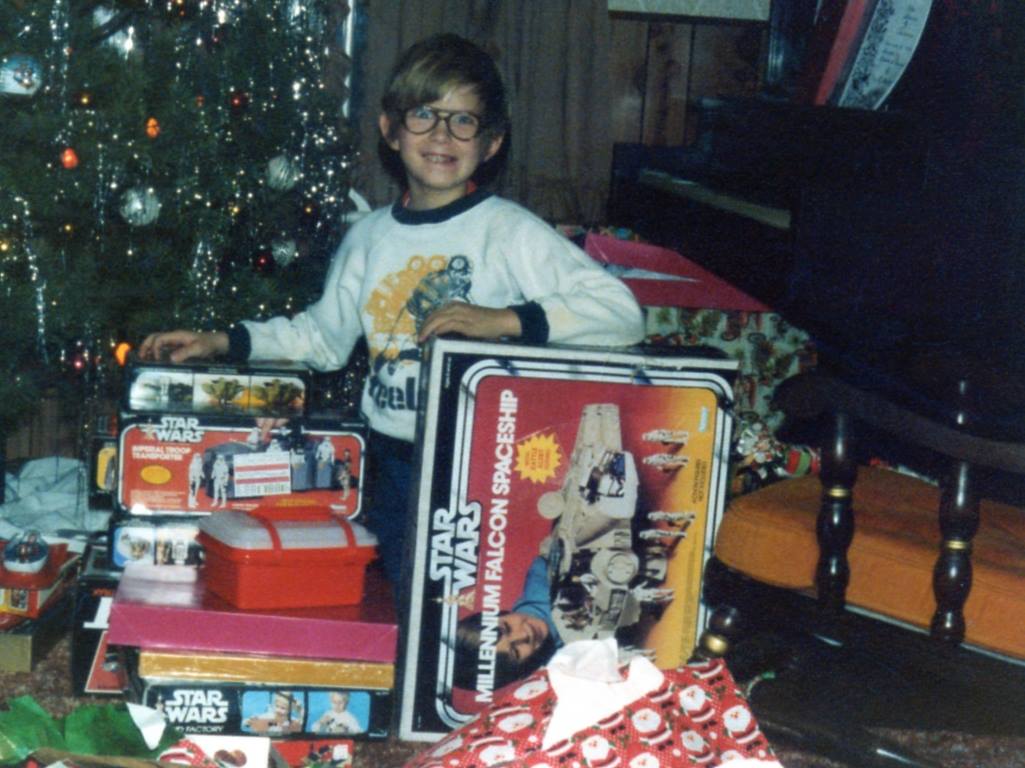 When pal and 13th Dimension CEO Dan Greenfield asked me to wax poetic on my favorite holiday gift, I was hard pressed to pick just one.

As a child during the mid- to late-’70s, I was fortunate to grow up during a veritable “Golden Age” of sci-fi and comics-related toys. My first thought was to talk endlessly about my love of Mego DC Comics dolls (yes, D-O-L-L-S), the first true 8-inch fully clothed action figures devoted to the publisher’s pantheon of heroes and villains. Mego populated my playtime for many a year with not just DC offerings, but Marvel characters, Star Trek Starfleet officers and aliens, and Planet of Apes evolved simians. Happily, Tampa-based Figures Toy Company has kept the Mego torch alive for many years now, reproducing the classic DC lineups in addition to expanding the “teams” to include characters that Mego didn’t get around to producing before the company closed its doors as Kenner dominated the toy aisles with all things Star Wars. I should mention that Mego resurrected itself spectacularly a little over a year ago, but that’s a whole article unto itself… 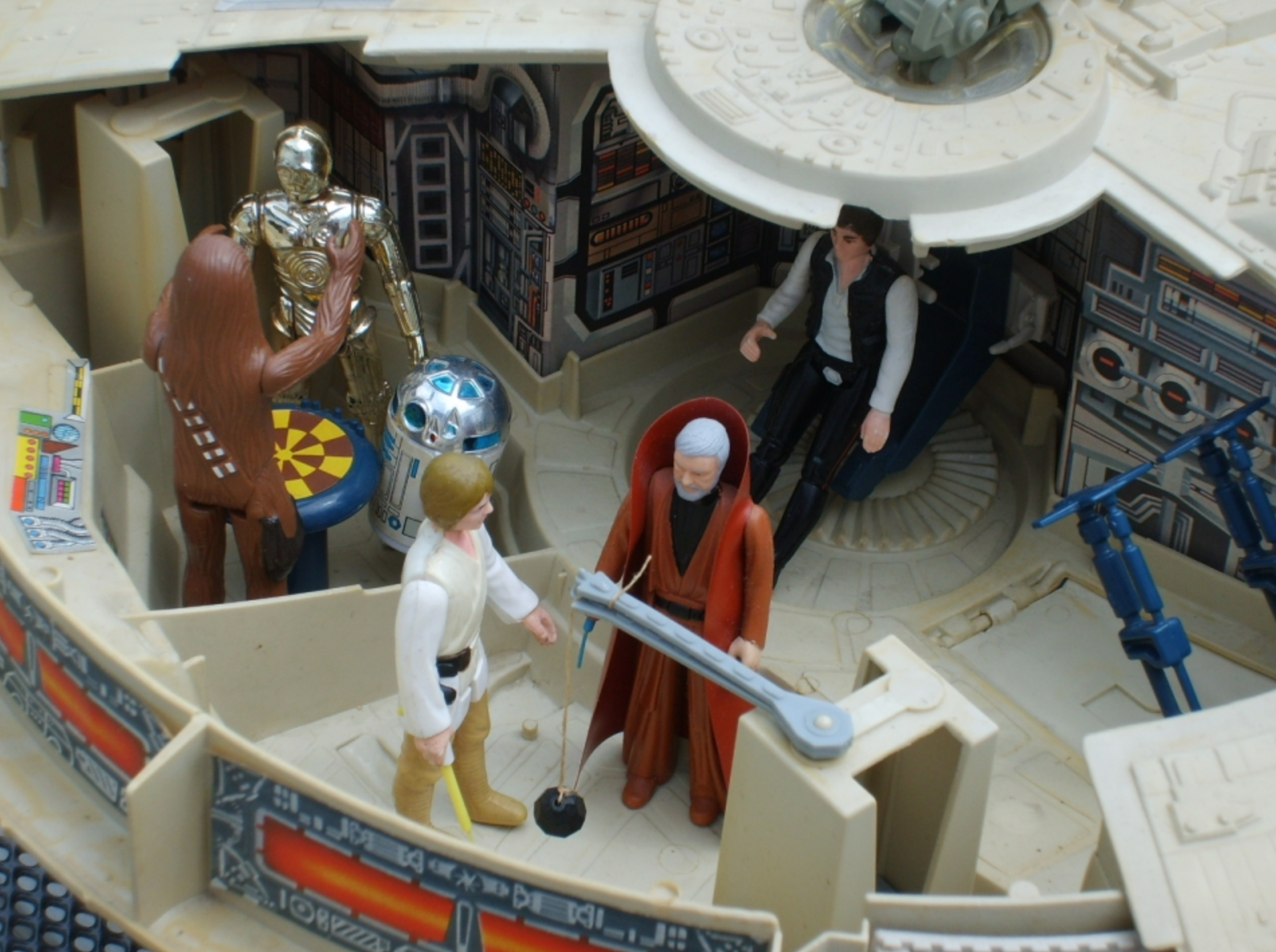 Of course, any reference to Star Wars is the low-hanging fruit, with most of the presents under my Christmas trees from 1977 to 1985 dominated by opposing Rebel and Imperial forces. I was one of the lucky kids who had both the Millennium Falcon AND the four-tiered Death Star with foam-filled trash compactor and exploding cannon. I also had most of the action figures, as well as the numerous cardboard playsets offered as exclusives through the trifecta of Sears, J.C. Penney, and Montgomery Ward holiday catalogs that were folded, spindled, and mutilated in my toy-loving hands as soon as each phonebook-sized tome arrived in the Beatty family mailbox.

Mego still held sway, usually during my November birthdays, so the Kenner 3 3/4-inch figures jockeyed for shelf space alongside similar-sized Mego toys devoted to The Black Hole and Buck Rogers in the 25th Century. Mattel even blasted its way into my bedroom with action figures and “real” rocket-firing Battlestar Galactica spaceships before that idiot kid SOMEWHERE swallowed a missile and died, thus ensuring that no child would ever have a real missile-firing Boba Fett. 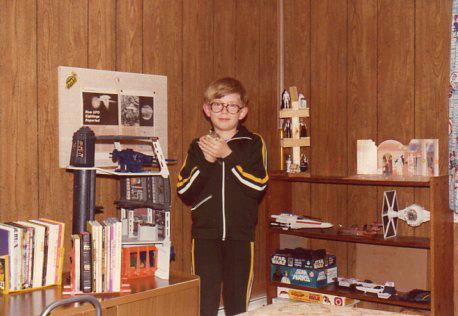 (Note: I’m not an insensitive bastard. I’m pretty sure the “Rocket-Choked Kid” story is as much an urban myth as Life cereal spokes-kid Mikey dying from a lethal mix of Pop Rocks and Coca-Cola, both cautionary tales told to kids to wean us off toys and sugar.)

Maybe Disney’s The Mandalorian will fix that 40-year injustice.

But the toys I REALLY thought about for this remembrance are the ones arrayed around me in this photo from 1976. In it you can see my bountiful holiday haul, including Mattel’s Great Mazinga, a scattering of Mego Micronauts and their playsets, and the lizard-man Gor, a villain from Hasbro’s Super-Joe collection. Mazinga was from the Shogun Warriors, an early foray of pre-Animé/Manga Japanese culture into American toy shelves. I had much fun with Mazinga’s rocket firing fist with its launching missiles. In my youth, spring-loaded projectiles STUNG. 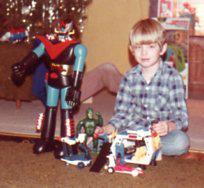 It wasn’t until years later when I was editor of ToyFare magazine that I learned about toy companies’ “aluminum foil test,” which stipulated that no projectile would be approved if it could pierce a single layer of Reynolds Wrap. Sorry, Boba. Micronauts, with their interchangeable parts, were a fave well before Star Wars and even the Marvel Comics title devoted to the intellectual property. Micronauts should have been bigger and, all these years later, I still await another chance to collect them. And Gor, last but not least, was part of Hasbro’s attempt to cash in on TV’s The Six Million Dollar Man by turning perennial fave G.I. Joe into a bionic-enhanced secret agent.

I guess I think most fondly of this Christmas because of its diversity, but even more so because it was the harbinger of all those OTHER toys I mentioned that would dominate my mind with imaginative play and lead me to careers in both toys AND comics. I wish I had the space to talk about Big Jim’s W.O.L.F. Pack and the Bionic Man and every other figure that I had and lost and want again, if only to relive those simpler but exceedingly imaginative times. 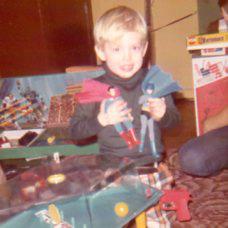 But my overall thesis is this: That new plastic action figure smell has never let me down.

Happy Holidays, one and all!