Now, we bring you TOYHEM! MEMORIES – a collection of guest essays by comics creators on their favorite childhood toys.

Kicking us off is Gene Luen Yang, writer of DC’s already-essential Superman Smashes the Klan with art by Gurihiru, and a remembrance of a Six Million Dollar Man action figure — and an unexpected twist… 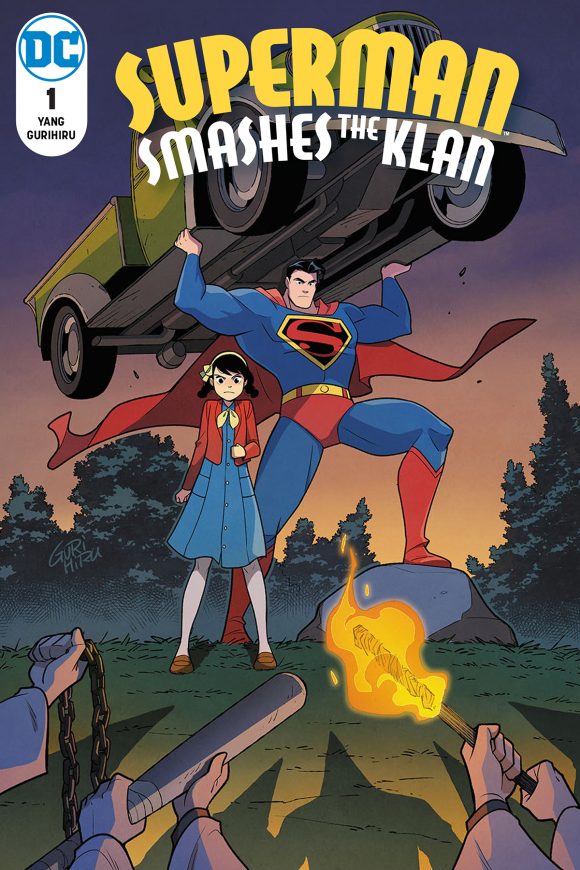 When I was a kid, one of my favorite toys was a Kenner Six Million Dollar Man action figure. For those of you too young to remember, The Six Million Dollar Man was a television show starring Lee Majors about Steve Austin, not the “stone cold” pro wrestler, but a guy who gets injured so badly the government has to shell out $6 million to give him robot body parts. He was sort of the granddaddy of Robocop and DC Comics’ Cyborg.

I only remember watching a few episodes. Every time Steve Austin – aka the Bionic Man — would use his robot parts, everything would go slo-mo and there’d be this weird, springy sound effect. The show was OK. 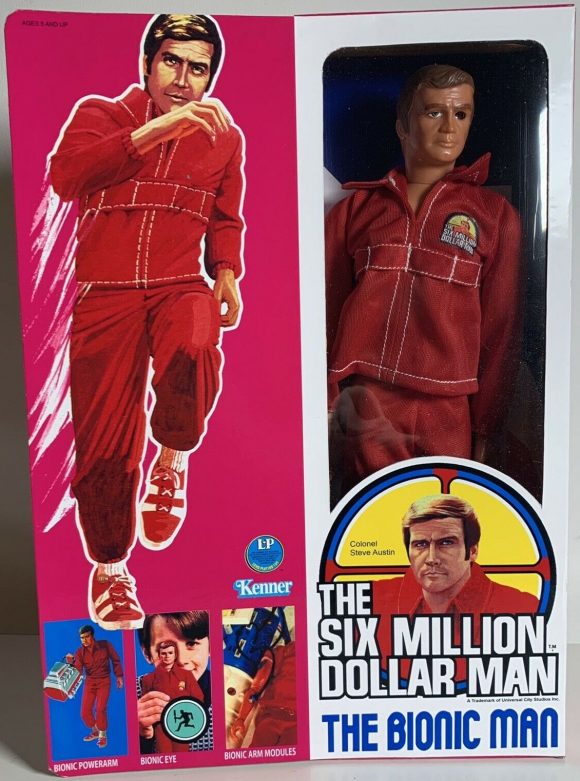 But the toy… Man, that toy! I don’t remember when I got him. It seemed like he had always existed in our toy box. I think Steve originally came with clothes, but I only remember him as naked gray plastic. He had a set of interchangeable faces and detachable limbs.

“Detachable” is an undersell, actually. His elbows were spring-loaded, so when you pushed a button, his forearms would shoot out like rockets.

My mother was very anti-violence. She refused to buy my little brother and me any toy weaponry. We used to go to our cousins’ house and look longingly at his squirt gun collection.  But with the help of Steve Austin, my brother and I improvised. We spent hours ducking around hallway corners and behind couches, shooting at each other with Six Million Dollar forearms.

ADDENDUM: After doing an internet search for a photo, I discovered that the toy we had wasn’t Steve Austin at all! It was Maskatron, Steve Austin’s robotic doppelganger enemy!

Damn you, Maskatron! For all these decades, you had us fooled! 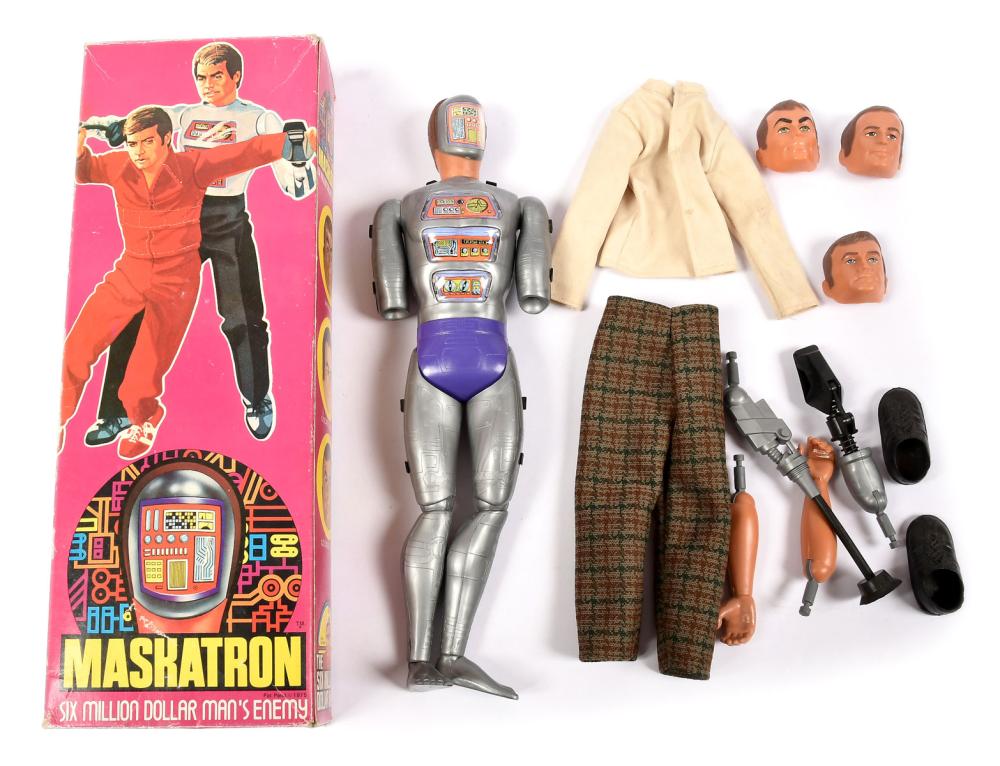 Gene Luen Yang is the writer of DC’s The Terrifics and Superman Smashes the Klan. His marvelous, award-winning graphic novel American Born Chinese should be read in every school in the United States.