STAR WARS, Nothing But STAR WARS 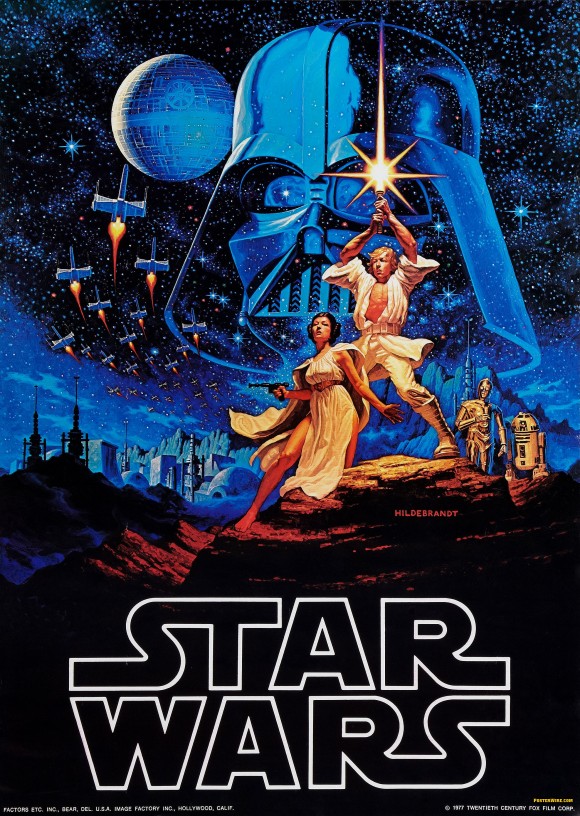 Had this on my wall when I was Young Dan.

I may be the only guy in the original Star Wars generation who didn’t have any of the Kenner toys.

I loved Star Wars. Loved it. I saw it the night it opened in 1977, at the movie theater in Menlo Park, N.J., with my friend Paul Kessin and his dad. I came away with a May the Force Be With You button that they were giving out. (I wish I still had it.) 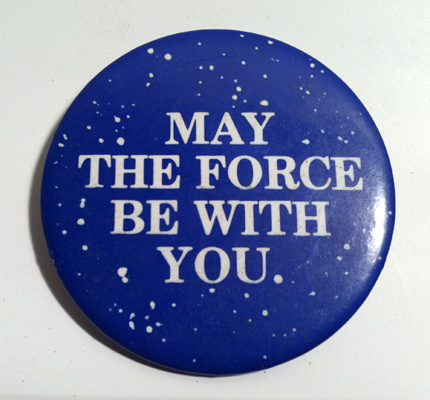 I told my Dad how excited I was and how great it was. My folks were divorced and my father was a little upset that I didn’t wait to see it with him on Sunday, but I explained to him, “No, Dad, you don’t understand. I want to see it again.” And again and again.

Five times in the theater at that young age, which was saying something considering I was only 10. That stood as a personal record for years to come.

I loved Star Wars. Loved it. I got the movie program. (Again, I wish I still had it.) I also got the two Marvel treasuries and read them again and again. There was even a third that combined the two and featured all six issues of the company’s adaptation.

Even though I had the first two tabloids, I so desperately wanted that third one. My Mom would have none of that wastefulness but I was not to be deterred. I went and bought it anyway and I lied to my Mom about how I got it. When she caught me in the lie, it was one of only two times I remember her washing my mouth out with soap. 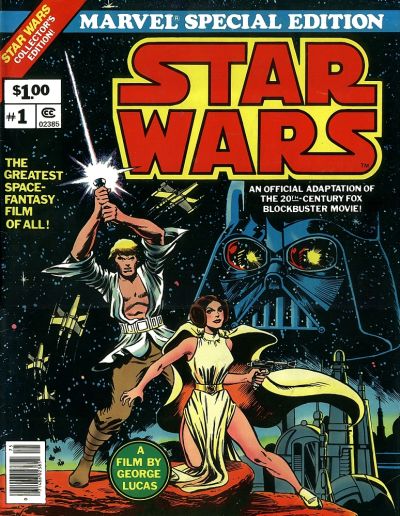 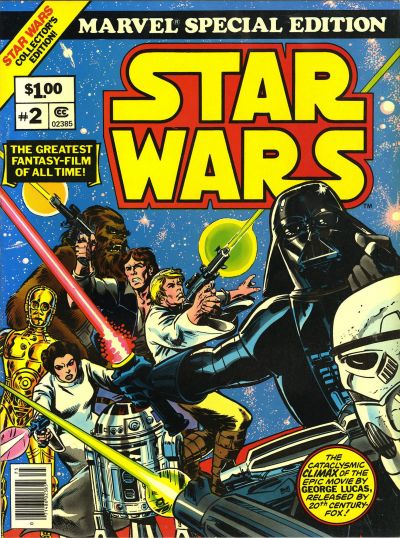 Now, I realize that I’ve written a few times that my mother wouldn’t let me have this or that (read: Crazy Foam or Underoos). Same was the case with Star Wars toys.

Again, I’ll back up.

My mother was very generous with me growing up. I had a full range of Megos and comics and baseball stuff and football stuff and James Bond stuff and we just didn’t have a lot of money. I even had Star Wars books and magazines and Topps cards. 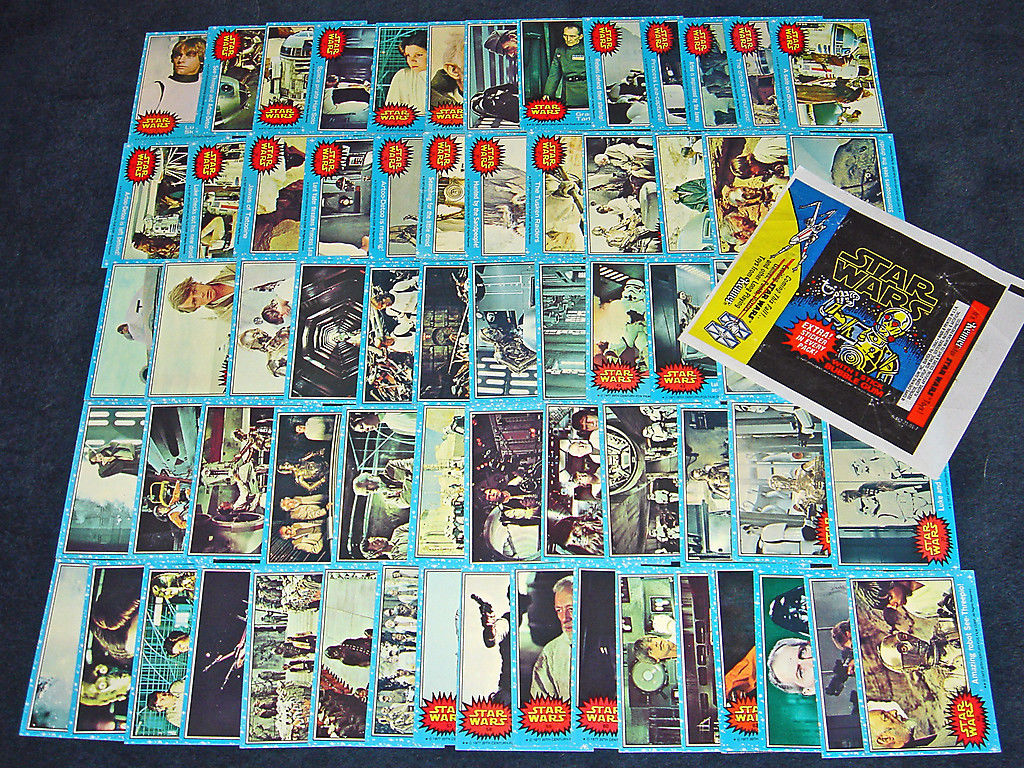 Had ’em all. Wish I still did. Sold them to my friend Tammy, I think. These are on eBay.

But somewhere the line had to be drawn and my mother drew it at Star Wars toys. I think she either thought it was a phase (wrong) or it just meant I’d want more and more Star Wars action figures (right).

Left to my own devices, I took out sheets of paper and an array of magic markers. I made paper finger puppets of every Star Wars character I could conceive of, predating George Lucas and Kenner’s own production of variants and obscure characters.

I designed them front to back. For lightsabers, I colored toothpicks red or blue. I made a full platoon of Stormtroopers. Luke in different outfits.

Again, I wish I still had them.

Now, of course, I can have any Star Wars toy I want. And my lord, there’s a lot to choose from. 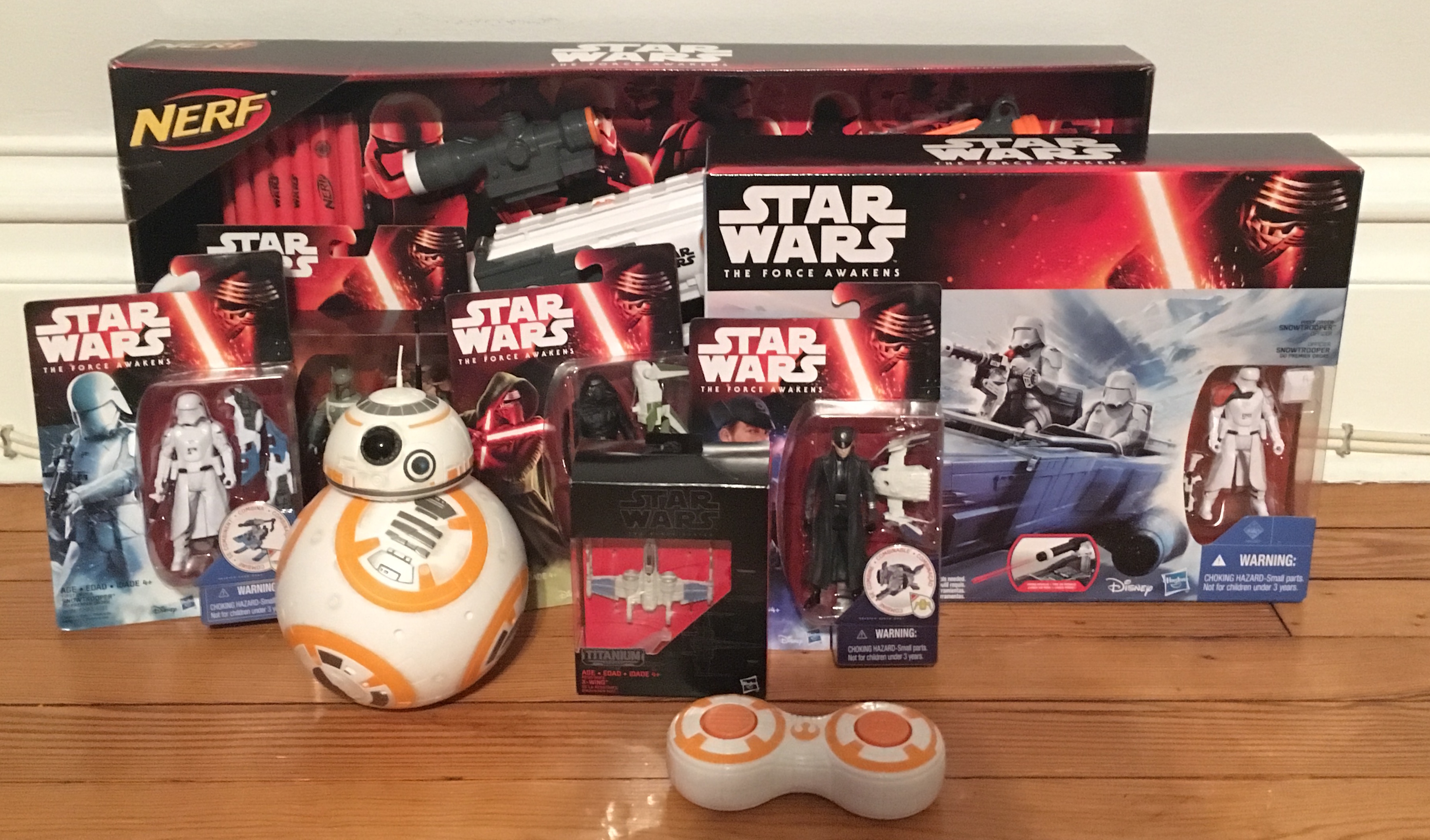 But a small sampling, sent over from the fine folks at Hasbro.

Hasbro is the primary purveyor of the most basic Star Wars merchandise, the spiritual corporate heir to Kenner, so I’m going to focus mostly on that for this installment of HOLIDAY HOT PICKS.

My favorite is the Target-exclusive remote control BB-8, which runs about $40 and bleeps, bloops and whirrs across the floor. The engineering on this thing is amazing, with magnetic ball bearings allowing the little droid to move about in what would ordinarily seem like impossible fashion. 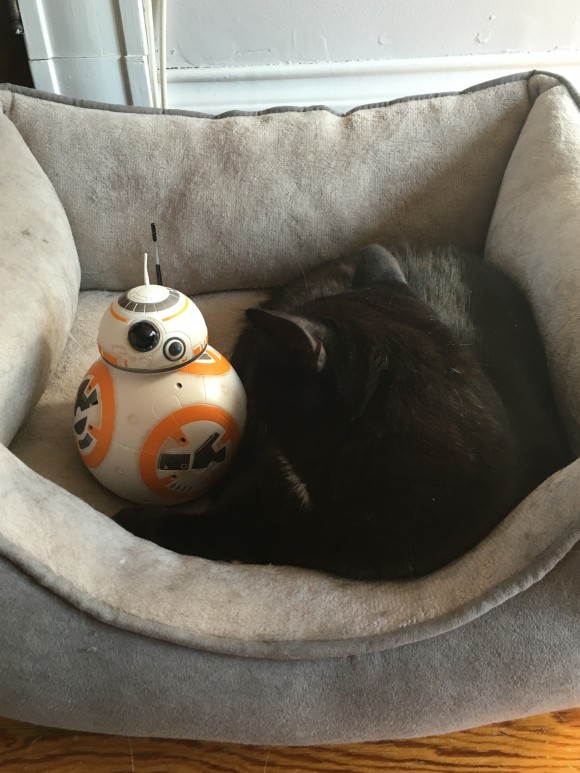 BB-8 and Lex. Our other cat Zod’s off making people kneel before him.

There’s also the more typical array of action figures, vehicles and equipment, in a wide range of prices. I especially dig the Black Series 6-inch range, which cost $18-$20 or so each. 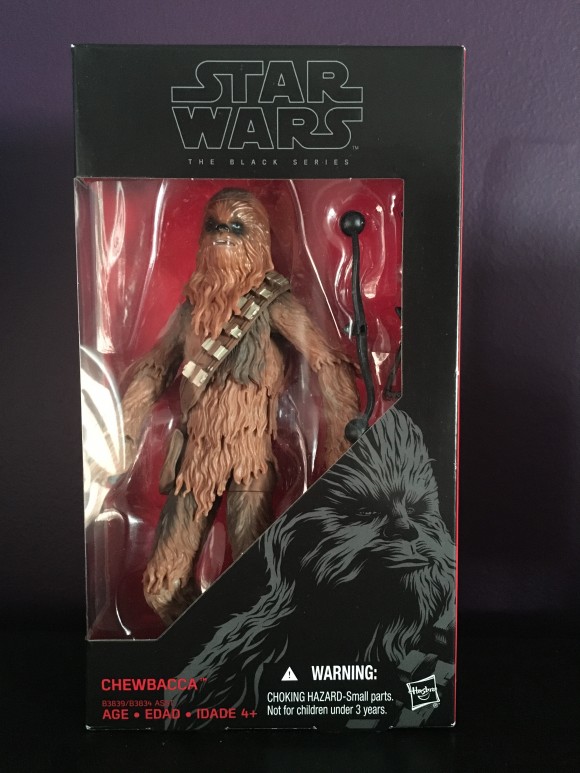 I know this only scratches the surface of what’s out there, but this is the most basic stuff, and the stuff I’m most into.

Except the fine folks at New Era saw fit to send me a couple of Star Wars hats and I’d be remiss if I didn’t mention them. There a bunch of different ones but now my son can indulge his inner bounty hunter with this Boba Fett lid ($56) … 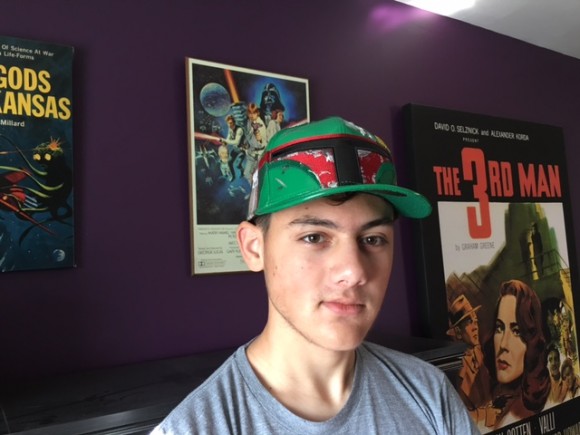 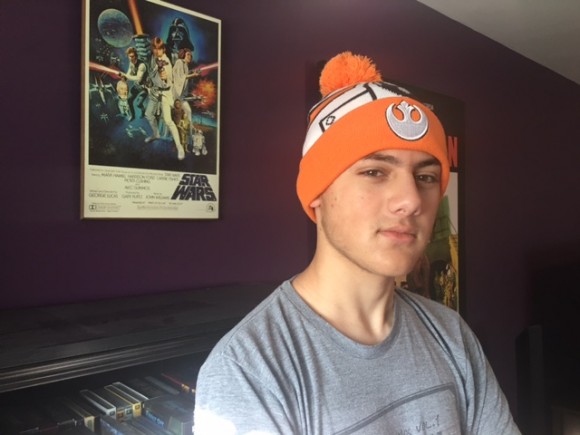